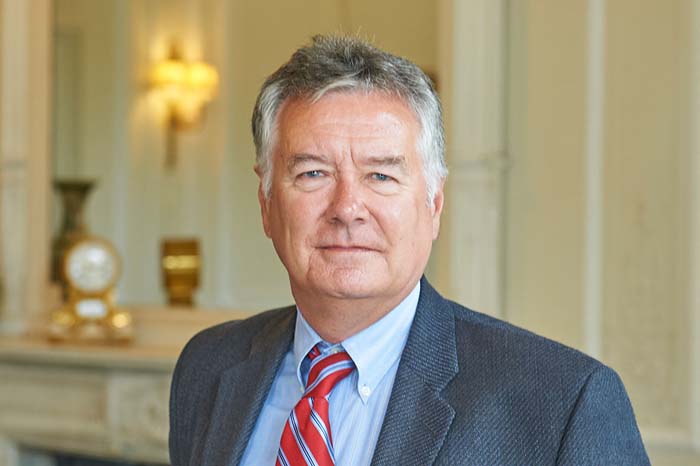 Phyllis Court Club is delighted to announce the appointment of the new Chairman Stan Ainsley.

Stan was elected immediately following the Annual General Meeting on Sunday (19 May) to succeed Barry Jackson as Chairman. Barry completed the maximum of six years on Council (Phyllis Court’s Board of Directors), one of which he spent as Chairman.

Commenting on his own appointment Stan said: “I am honoured to be appointed as the Chairman of your Club and I will do my utmost to step into the very large shoes of outgoing Chairman, Barry Jackson. Barry has been a wonderful servant to the Club both as a member of Council and then as Chairman and his contribution will be sorely missed.”

Stan has been a Member of the Club for almost 20 years and took the post immediately on Sunday. He was elected by the Board after serving as Deputy Chairman for one year and Chairman of Finance two years. He joined Council in 2016 and led the working group to build and launch the Fitness Centre.

He enjoyed a fulfilling career holding senior positions in global brands such as Cadbury and Black and Decker and is presently a Trustee on the Board of the Cadbury Pension Scheme. In his new role as Chairman of the Board of Phyllis Court, Stan will lead Council, working closely with the leadership management team to deliver a five-year strategy and enhance the experience for Members.

Stan said, “I am privileged to take up this role and look forward to meeting with many Members over the coming weeks and months.”

Stan will be supported in his role as Chairman by newly appointed Deputy Chairman Gill Markham and six other Members of Council. Commenting on her appointment Gill said “I’m delighted to be elected to serve as Deputy Chairman, it means I will be able to meet more Members, whilst continuing to promote the ever-increasing activities taking place throughout the Club.”

At the AGM Sue van der Veen and Chris Thompson, who were both previously co-opted, joined Council to complete the board of eight.

Your Photos – Swarm of Bees
Scroll to top