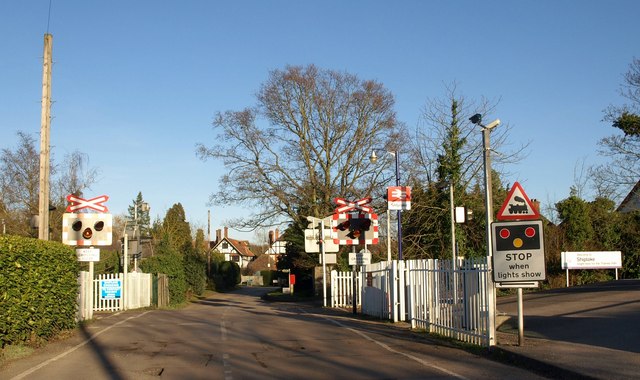 A trial has been introduced by Network Rail to give train drivers on the Henley Branch line the flexibility of using the horn to warn people who may be on or near the train track at the Shiplake level crossing.  Prior to this it has been mandatory for drivers to sound the horn as the train approaches the level crossing in accordance with rail safety standards.

A review has been carried out and the trial introduced after an incident in February this year when a number of  late evening rail services on the Henley branch were cancelled after a local resident in Shiplake took a driver to task over the required use of the train warning horn for the level crossing.

At the time a GWR spokesman said:

“We are very sorry that we had to cancel services because one of our drivers was verbally abused by a member of the public. In accordance with rail safety standards, our drivers have to sound the horn as they approach a level crossing, which has frustrated some local residents living near the line. We will continue to work with Network Rail to find a suitable solution.”

“After talking to Shiplake residents we have worked with GWR to introduce a trial that removes the requirement for train drivers to sound their horn when leaving the station.  So far we have received positive feedback from residents as it has reduced noise pollution.

The trial is the first of its kind & still gives train drivers the flexibility to sound the horn if they think it is necessary to warn someone who may be on or near the tracks.

Thank you to all the residents who have taken the time to let us know how the trial is going.”

To keep up-to-date with all the latest Henley train news register with henleytrains by emailing henleytrains@gmail.com.   Weekday service updates are shared on Twitter @Henleytrains to keep local users moving with the least disruption.