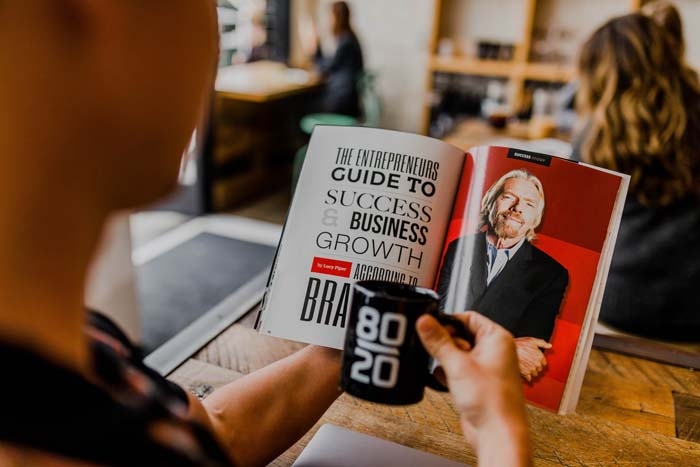 It is fair to say that small businesses are the backbone of the UK’s economy – they employ nearly two thirds of all people and contribute more than half of private sector revenue.

Even so, starting and running a business is no mean feat, which not only requires a great deal of time and money but also passion and dedication to the cause – something every successful entrepreneur knows all too well.

Therefore, it makes sense to heed the following business advice from those who have experienced the trials and tribulations of life at the top. That way, you’ll be able to tackle everything from lead generation to inventory management with a lot more confidence and competency.

“The best businesses come from people’s bad personal experiences. If you just keep your eyes open, you’re going to find something that frustrates you, and then you think, ‘well I could maybe do it better than it’s being done,’ and there you have a business.

Be determined in everything you do

“Don’t give up, don’t take anything personally, and don’t take no for an answer. The people who told me no, were the people that eventually told me yes; so don’t forget it.”

“The best advice I’ve ever received is that you’re the average of the 5 people you associate with most.

“I’ve actually heard this from more than one person, including bestselling authors, Drew Houston of Dropbox, and many others who are icons of Silicon Valley. It’s something I re-read every morning. It’s also said that ‘your network is your net worth.’ These two work well together.”

Believe and persevere in what you’re doing

Focus on the prototype

“My best business tip is to focus on the prototype. Don’t focus on your pitch deck, business plan or financial projections.

“If you get a prototype out and you get enough people using it, you never have to write a business plan, do a forecast or do anything like that. A prototype is where you separate the BS from the reality.”