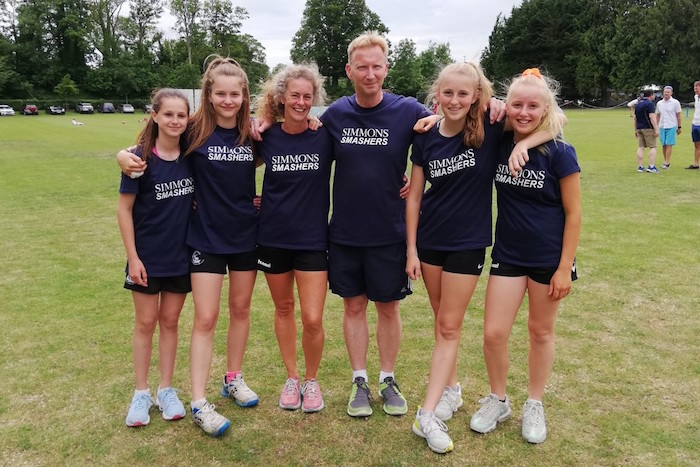 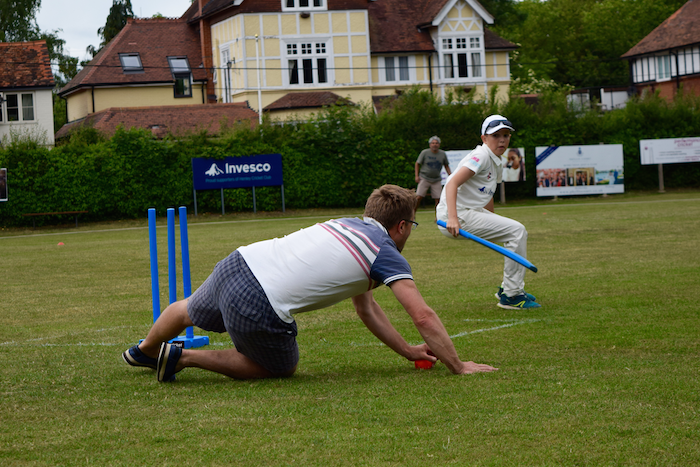 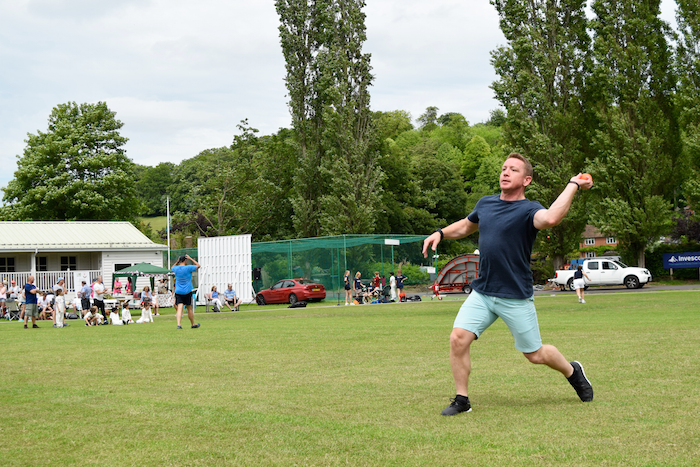 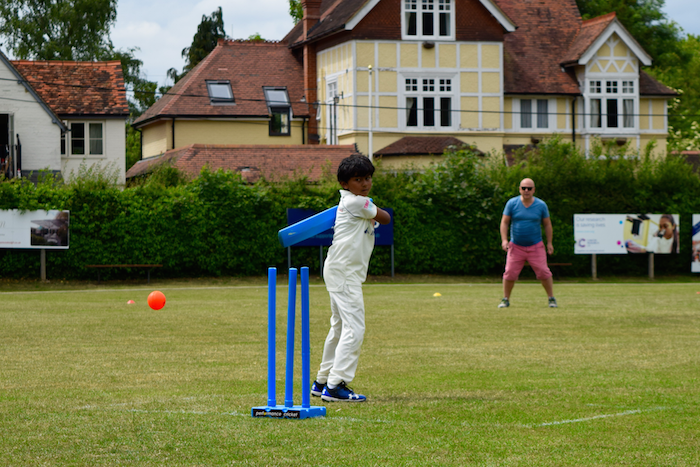 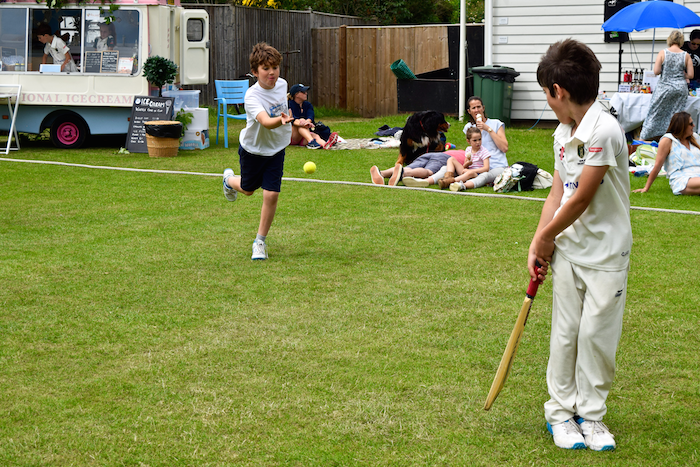 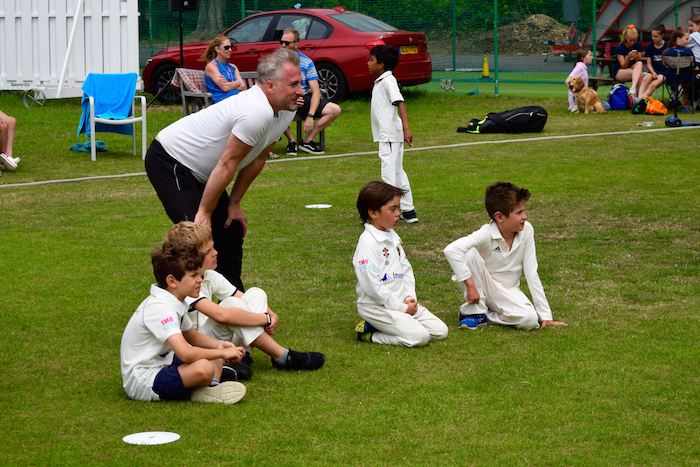 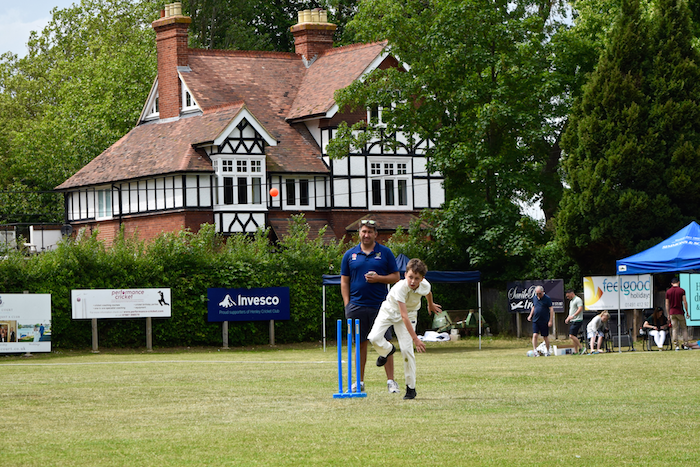 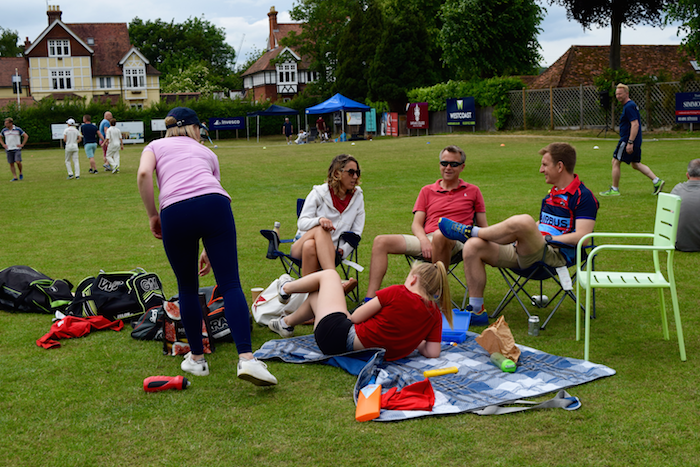 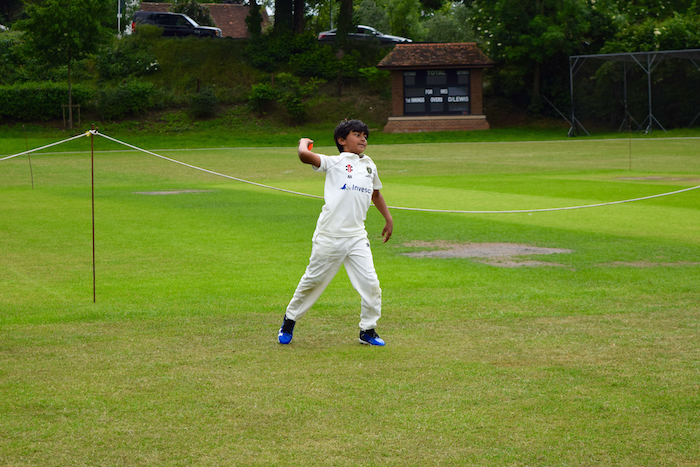 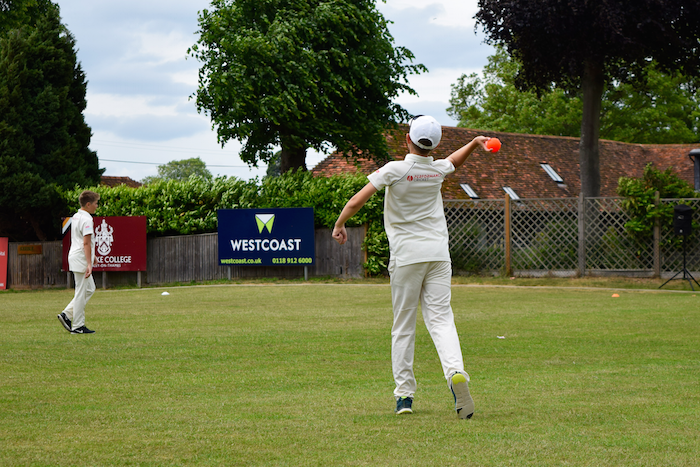 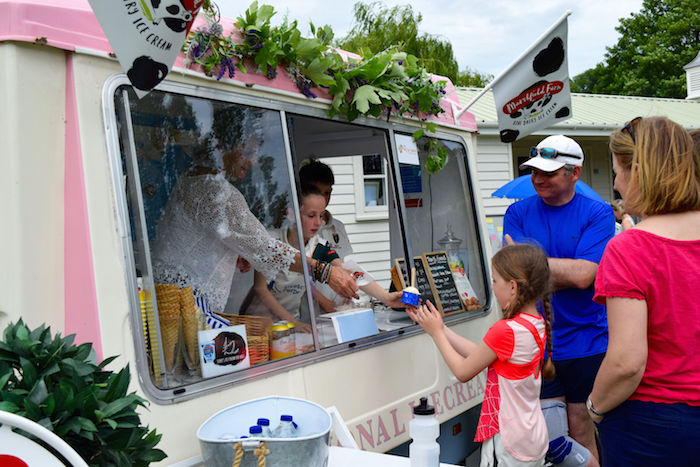 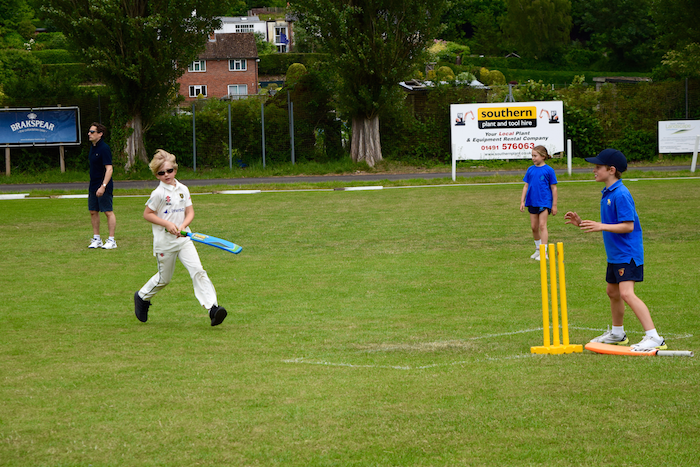 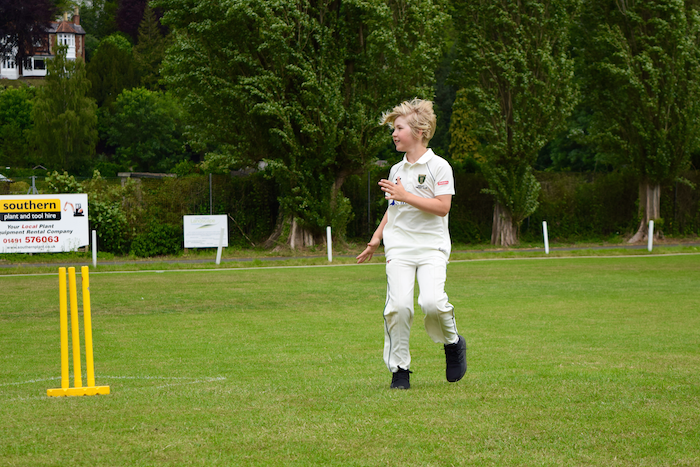 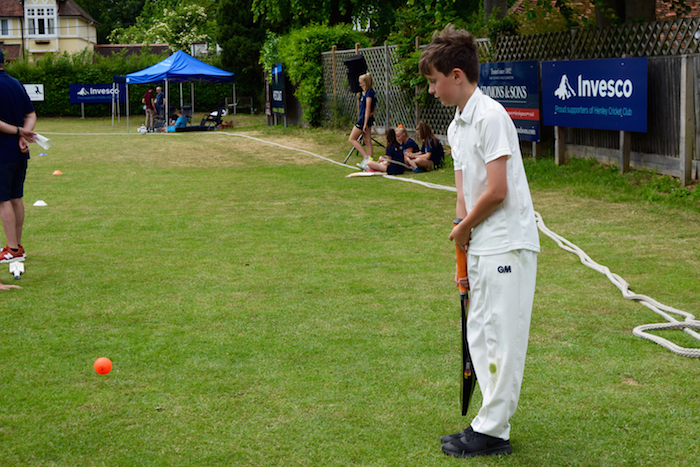 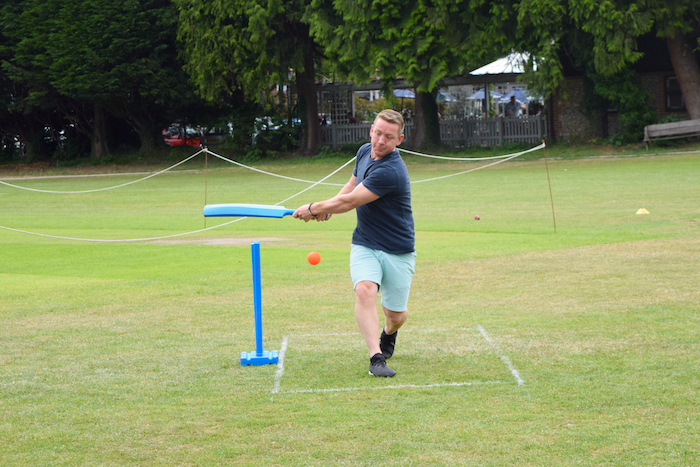 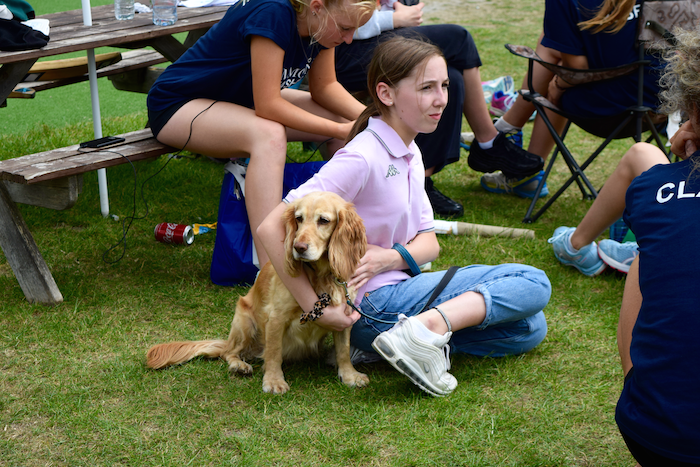 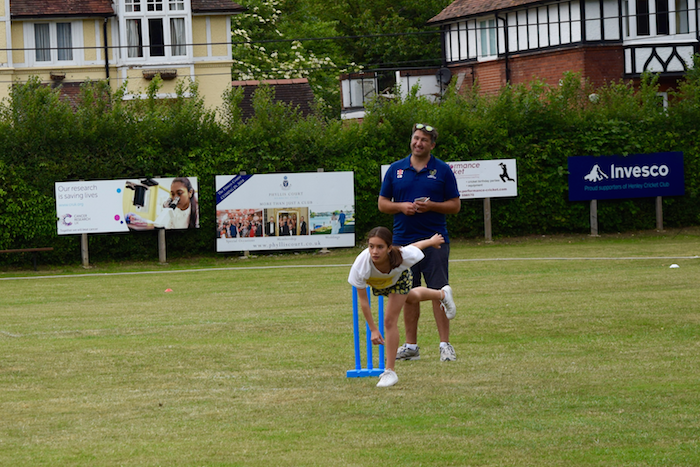 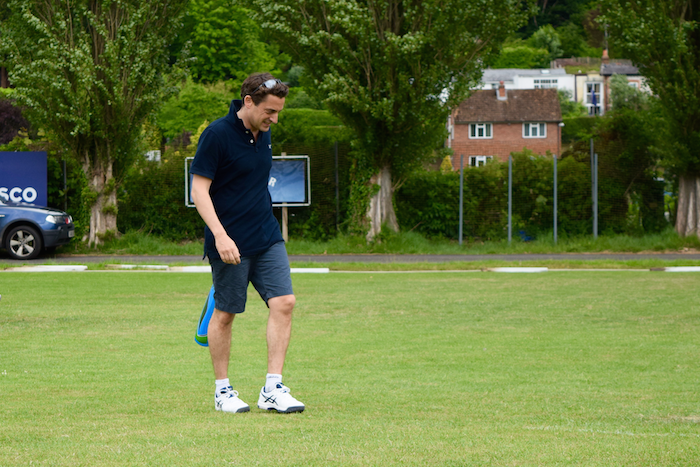 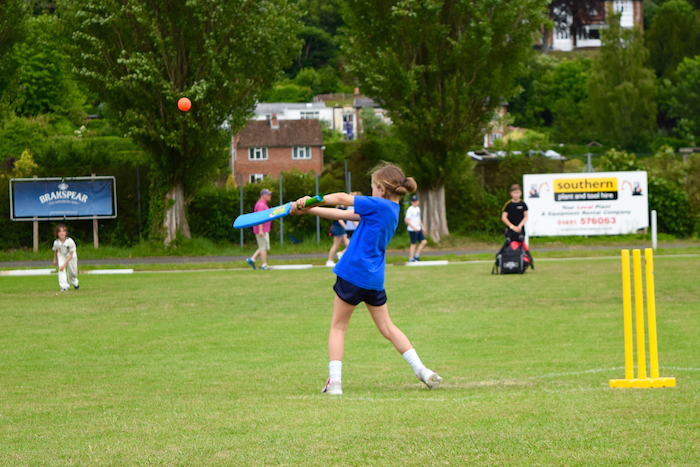 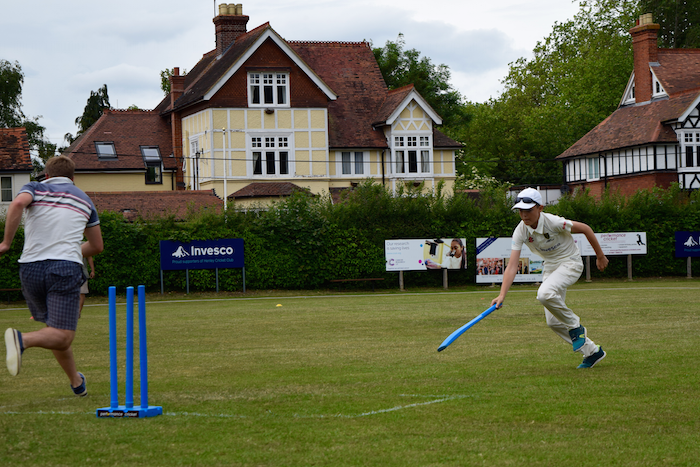 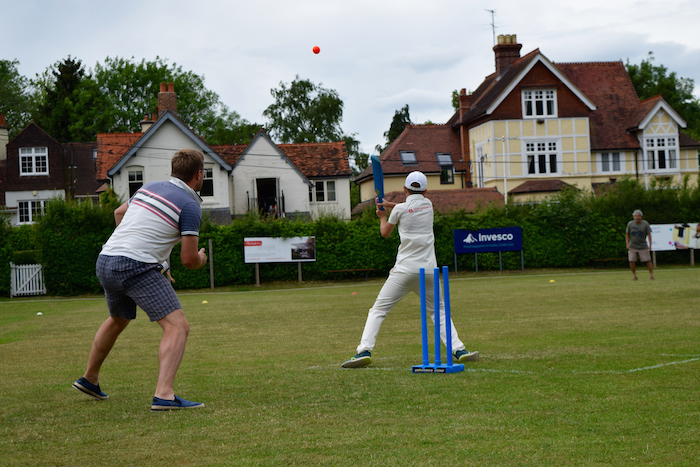 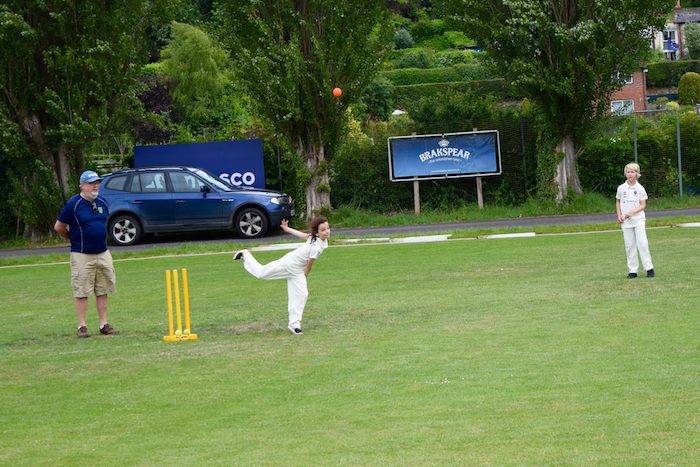 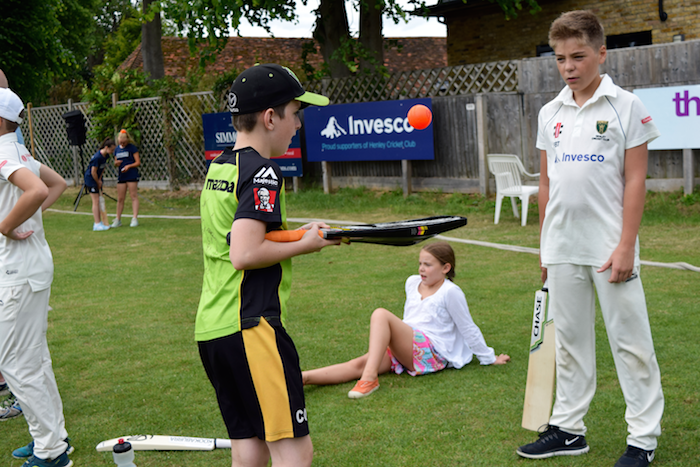 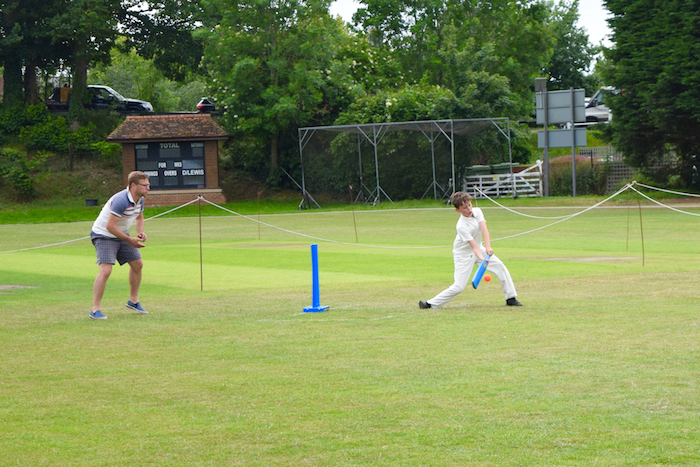 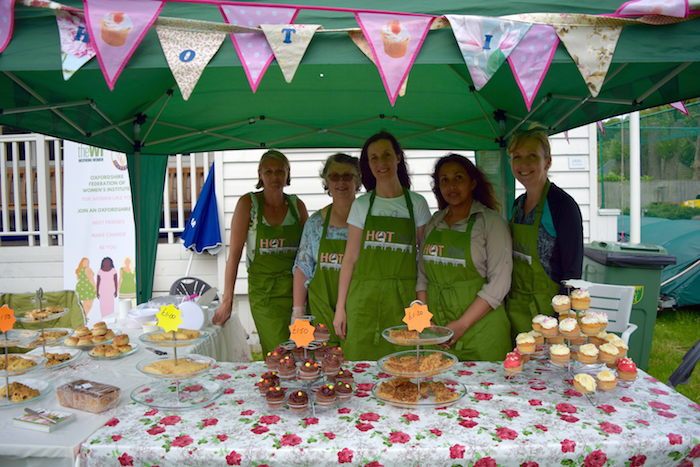 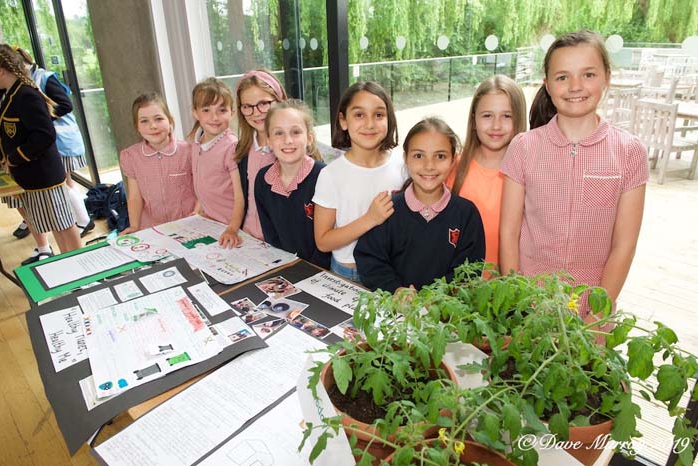 The first ever Henley Cricket Festival proved to be a soaring success after over 200 people turned up to take part in the new friendly tournament. With the World Cup now well underway, Henley Cricket Club hosted a sporting spectacle of their own at the Brakspear Ground on Sunday (2nd June), which saw 16 teams of six fight for victory. The contest welcomed people of all ages and abilities to get involved, and was equally engaging for those on the sidelines: ice cream, cakes, spinning tea cups and an all day bar kept supporters amply entertained. More than just a sporting event, the inaugural Henley Cricket Festival was an afternoon of fun for all the family.

The Henley Cricket Festival was made up of 20 minute games, with each player able to bat and bowl. The teams were a diverse age combination of men, women, boys and girls, so matches were played with rubber balls to make it safe for children (and novices). All 16 groups gave it their best shot, but it was the team from Simmons & Sons, the Simmons Smashers, who came away with the win. The team – Lauren Hilditch, Maddie Bowsher, Charlotte Clarke, Kerry Clarke, Francesca Clarke, and Alyx Clarke – were awarded with a congratulatory handshake for their triumphant performance. Kerry Clarke said that is was a “very enjoyable day with all ages playing making it very inclusive; great fun had by all”.

Whilst players weren’t wrapped up in competition, they could fuel up with ice cream from The Willow Basket van, or cakes from the HOT WI stall. The WI troupe, who baked an array of delicious cupcakes, flapjacks and scones, demonstrated their many talents by also entering a cricket team into the contest. Cooked food and drinks were also on offer inside the Clubhouse. As they watched and cheered, families sat in the sun and relax, enjoying picnics and socialising. Many of the children carried on batting with mini bat-and-ball games of their own inventions, honing their skills with some light-hearted play. For a finishing touch, the spinning tea cups (courtesy of George Traylen) gave a real funfair feel to the cricket festivities.

“Half the players were kids with 16 teams battling away for the grand prize of a hearty handshake!  We hope this will be a nice trophy next year and to start etching names on to it. If Simmons & Sons perform like they did again then we might have to get them to cough up for the silverware and stick their name on it! Well done to the Bay City Bowlers for making it to the final and the HOT WI for notching up a victory. Sticky Wickets and Cricket 101 left only two runs between them, Theo’s Tigers vs The Hens only 3 as did the Bowling Stones and the Farrcocks. Hewrenders and Nebbett’s Nutters only 4 runs in it, just as it was between The Stumps and They Think it’s All Over. The Blackwell Bowlers, Bird in Hand and Pussy Bat Dolls all had close matches going either way too. During the pool stages there were many remarkably close finishes with at least 5 games going down to the last ball!  Many more down to the last few!

All the kids that played batted and bowled to their own level and seemed to have a lot of fun doing so. There were some great batting performances from the little ones and some real ‘Stokesy Catches’ in the outfield on both pitches, even from the kids.

Thanks again to you all for contributing to the fun and generous spirit of the cricket being played and also to Jane from The Willow Basket, the HOT WI cake team and George Traylen for sending the Tea Cups for this first stab at what we all hope will become a brilliant part of our Henley summer calendar for many years to come.”

The Henley Herald website provides an up-to-date and unbiased digital news service for
Henley-on-Thames
Acclaimed Classicist, Writer and Broadcaster to Talk at College