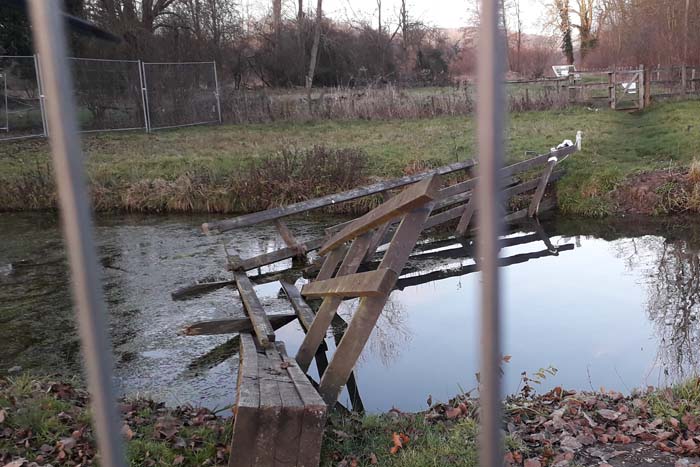 Plans by Buckinghamshire County Council to replace a broken footbridge on a Thames-side public footpath at Fawley this month (June) have been rescheduled for August because of events around the Henley Regatta.

Concrete footings were due to be laid during the first week in June followed by installation of the replacement bridge in mid-June. However, access to the site is over private land, which has been closed in preparation for the regatta in early July.

Bill Chapple OBE, Buckinghamshire County Council Cabinet Member for Planning and Environment, said the Rights of Way team were given the news late last week that the access to the site is not possible until after the Henley Regatta, owing to events the landowner plans, involving the construction of temporary staging next to the site of the bridge.

Bill said, “I’m sorry this has put our plans back by a couple of months, and I apologise to local residents and walkers,” said Bill. “However, we need to work with the landowner so that we can access the site of the bridge at a mutually agreeable time.”

A temporary closure notice which comes into affect on 20 June has this week been put up at the entrance to the footpath opposite Henley Rugby Club which states “temporarily prohits any person from proceeding from a point immediately south of the footbridge crossing Fawley Court Long Water to the northern point of a footbridge by the old Fawley Court boathouse (see map below).  The closure is required in the interest of public safety whilst the landowner sets up, operates and removes temporary structures on the River Thames riverbank for the purposes of the Fawley River Club during Henley Royal Regatta.”  A diversion is in place.

Michael Wood from ET Landnet, Consultant for Fawley Court has responded with the following statement:

The contractors appointed by the County Council to replace the bridge with a new structure did not make contact with us until late May 2019 and did not inspect the site to assess what works would be required until 6 June 2019, more than 7 months after Fawley Court reported the collapsed bridge and after our persistence in following the matter up.  The contractors have not to date produced any plans or schemes of work to show how they will address the erosion and stability of the riverbank or how the proposed new structure will be built.  Fawley Court have provided the erosion report to the County Council who advised that the contractors would be made aware of this, but when I spoke to the contractors on 22 May they were unaware of the erosion or cause of the bridge failure.

The temporary diversion of the footpath for Fawley Court’s Regatta Event was sought and paid for in April when it was understood from the County Council’s communications that the replacement bridge would be in place by the time of this annual event.  Fawley Court has other events which it has planned in anticipation that all works would have been completed by now.  The contractor’s request for access over the grounds of Fawley Court with heavy plant for a period of three weeks at a period when such events are underway was discussed and it was agreed with the County Council would be impossible during the Regatta period.

The completion of these works still requires the contractors to provide the detail of what works they will be doing and for the specific access arrangements to then be put in place.  Had this been addressed immediately by the County Council when the bridge collapsed this would not have resulted in the considerable delay or for the perception that has been conveyed that the delay was the responsibility of Fawley Court.

Fawley Court has had considerable expense in relation to this matter, meeting the cost of the riverbank erosion consultants, technical and legal expenses as well as paying the County Council for the temporary diversion, demonstrating that they take this issue very seriously.” 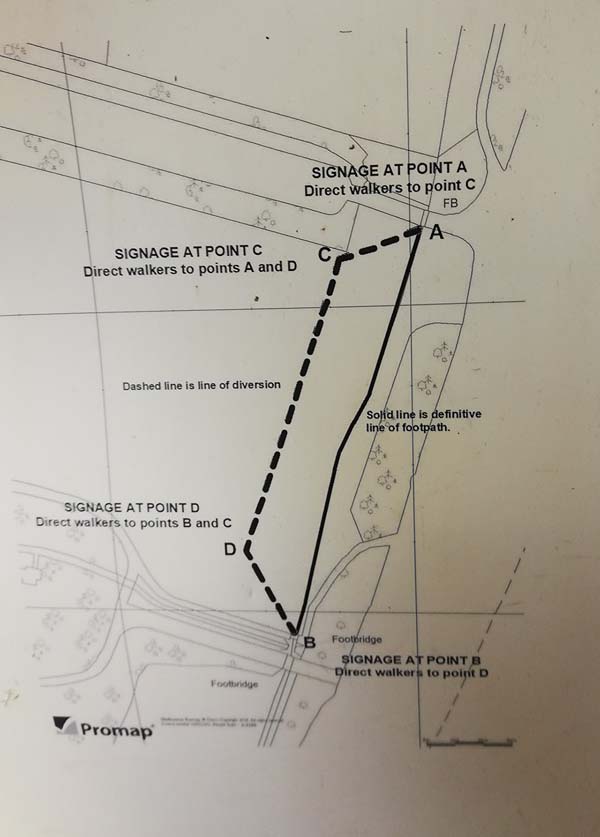