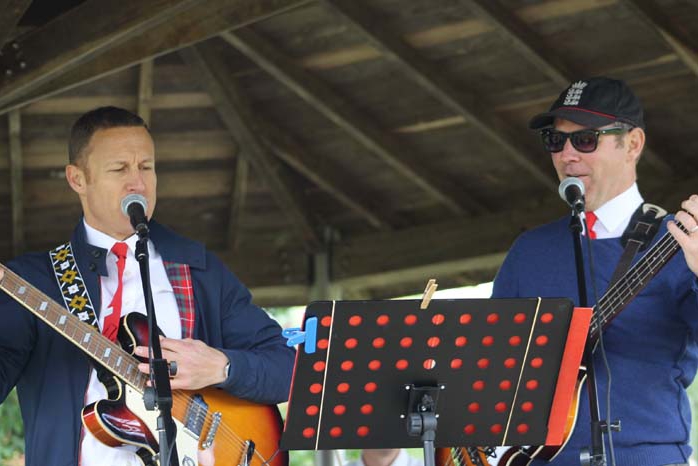 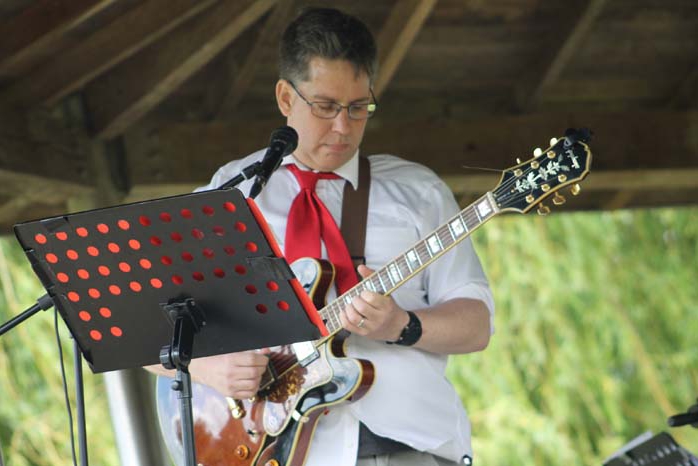 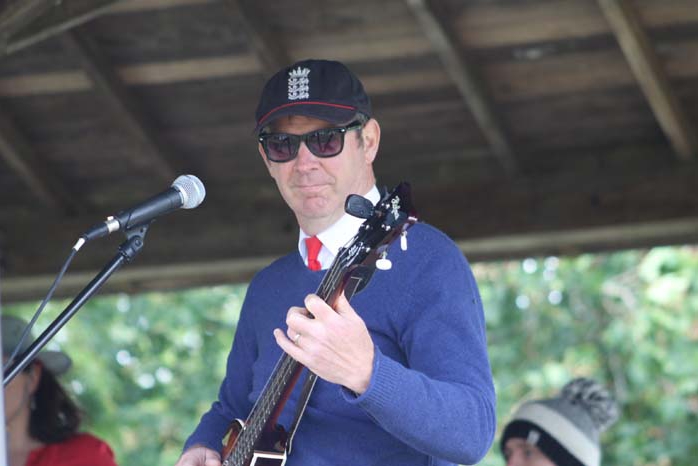 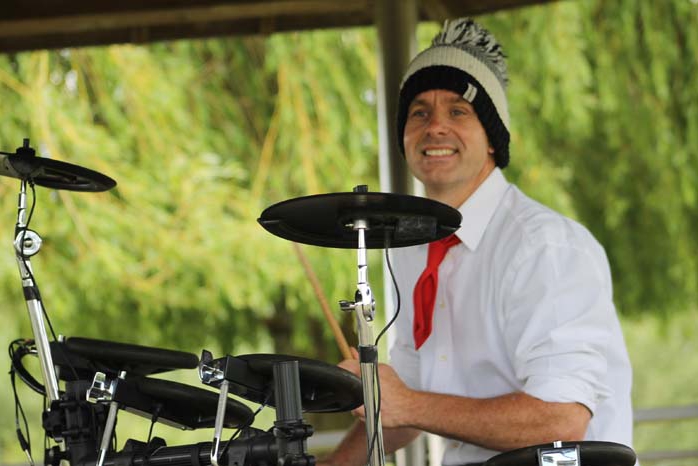 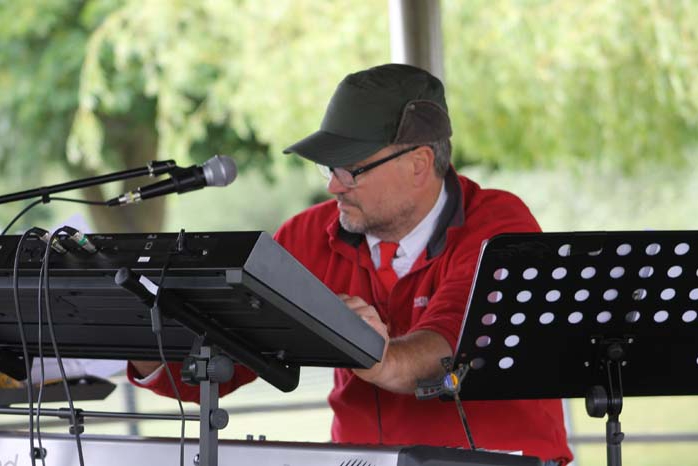 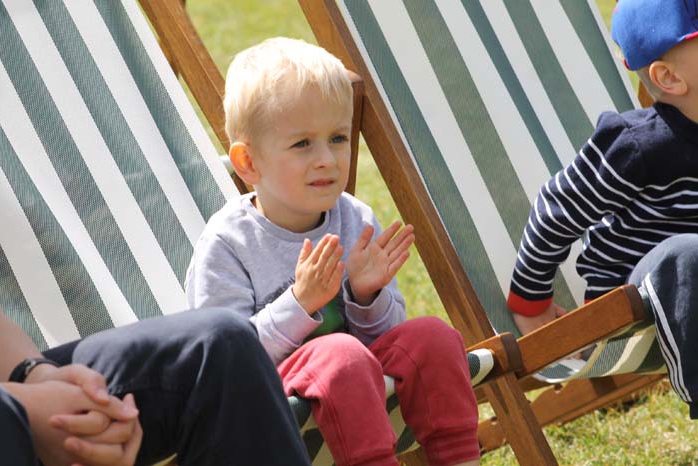 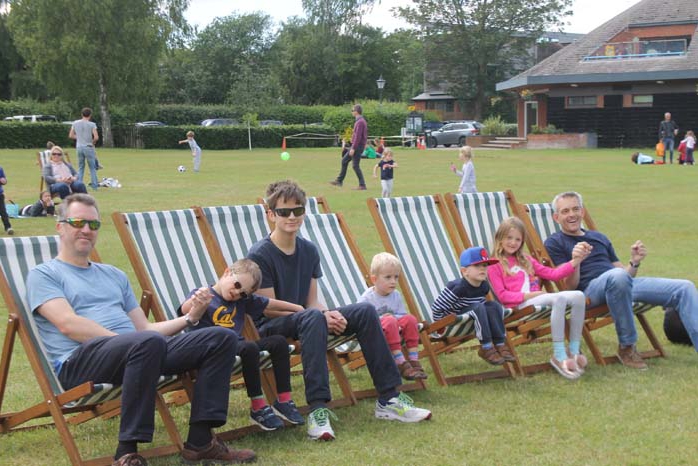 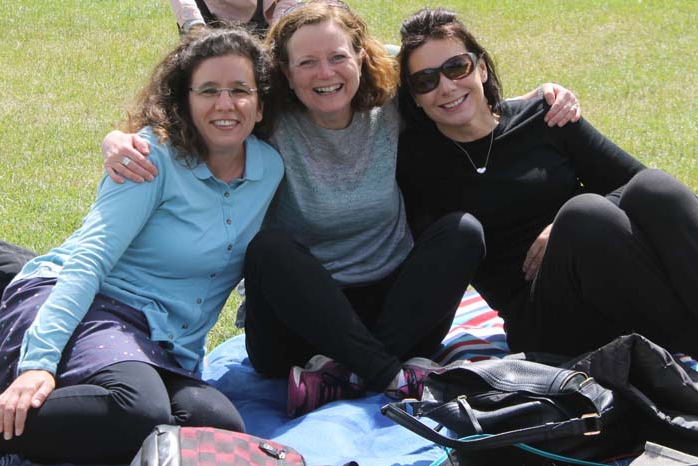 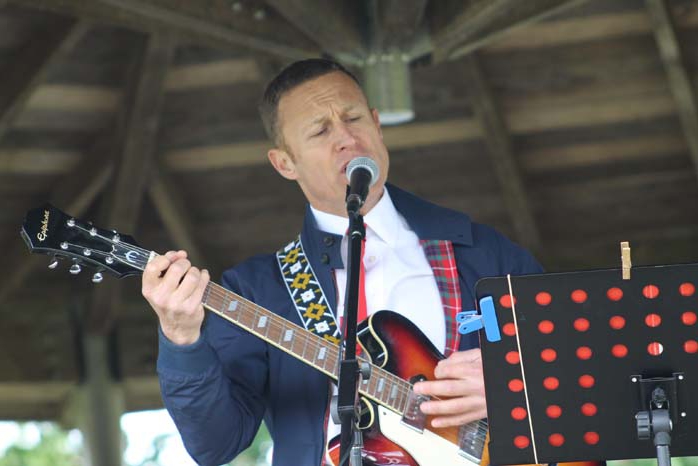 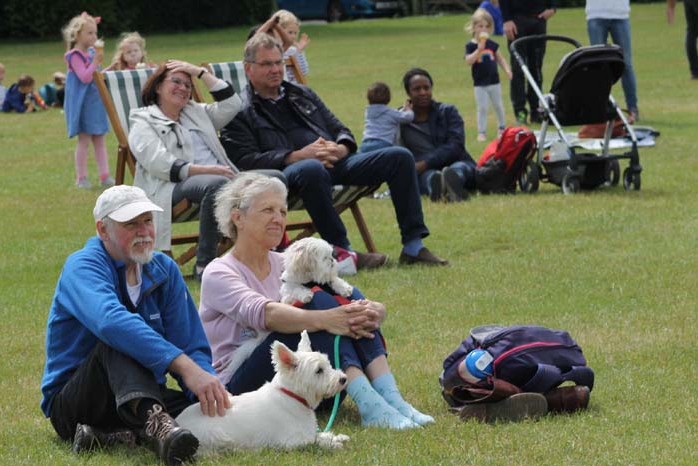 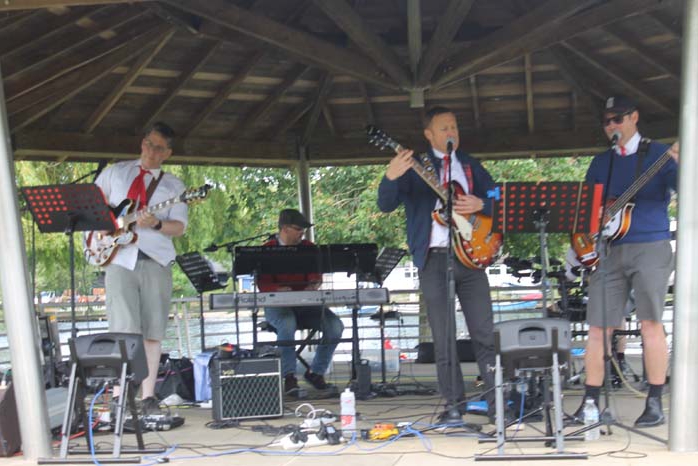 Mrs Gavin’s Sacred Heart Dad Band, which formed 3 months ago, for a social event at the school in Greys Hill was rockin’ the Meadows on Saturday afternoon and raised £200 for the school.

The band, named after the school’s headteacher Mrs Gavin, is led by Matt Richardson on rhythm guitar and is joined by Darryl Grant on drums, Bill Pollard on bass, David Robinson on keyboard and Duncan Steele on lead guitar.  Many in Henley will recognise Matt from Lucky to be Alive who have played at gigs in Henley as well as Henley Herald Award Party and the Living Advent Calendar.  Matt originally met Bill at university in York where they busked together.

Wearing the official school ties, the band opened the set with the apt tune of Listen to the Music by the Doobie Brothers and played tunes including Lovely Day by Bill Withers and Run to You by Bryan Adams.

Darryl said, “The idea for the band was Duncan who is a teacher at the school last year and we finally decided to get together three months ago when we started practising for the school social event.  We’ve been rehearsing every Thursday since.  We’re ticking things off – this is certainly the highlight of career so far.  It’s the holy trinity of all gigs – don’t know where we go from here!”

David added, “Since I’ve had the children (last 10 years) music has been a bit baron in my life and it’s nice to get back into it.  The wind today has been somewhat challenging.”

Matt said, “We’re were delighted to raise over £200 for the school and had lots of lovely comments from audience members. We closed with our specially written Mrs Gavin’s Sacred Heart Dad Band (to the tune of Sergeant Pepper’s Lonely Hearts Club Band by the Beatles) which was well received so we played an encore of Can’t Take My Eyes Off You.”

If you missed them on Saturday, the band will be playing at Harpsden Village Fete this Sunday.