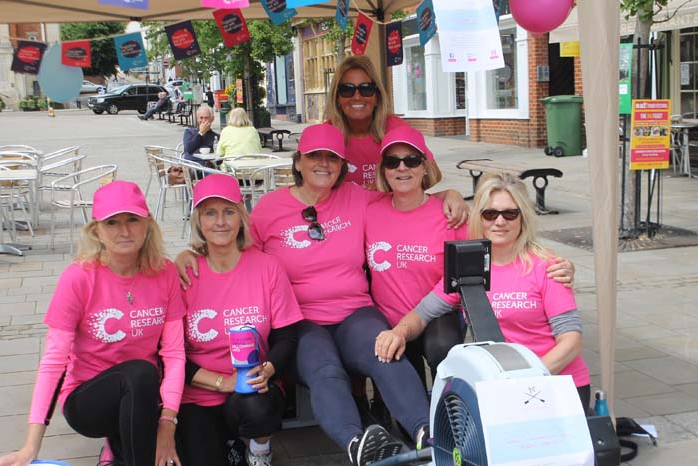 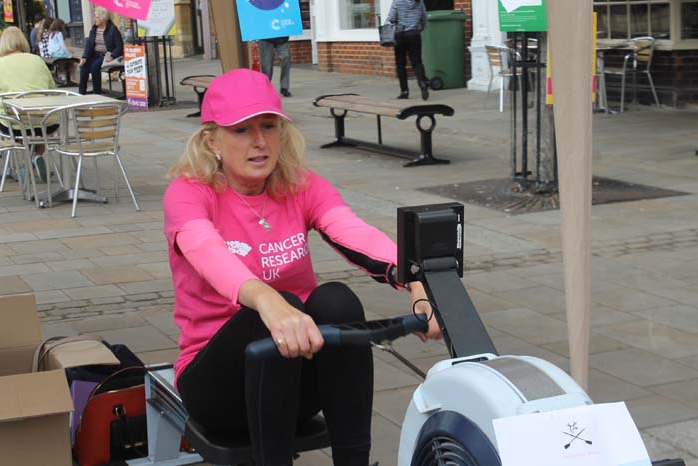 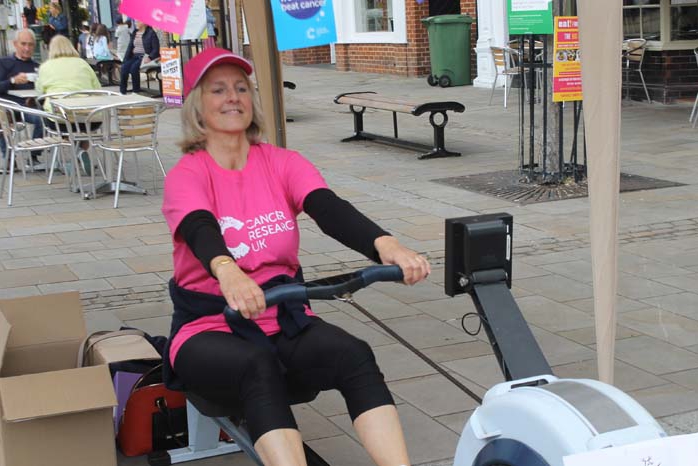 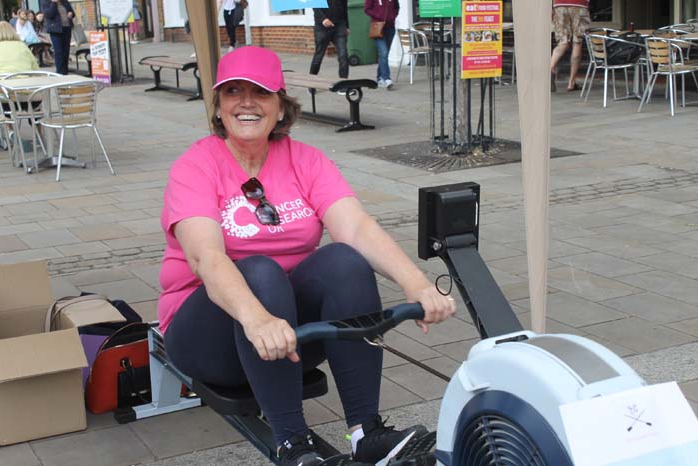 A group of 13 novice women rowers named Team Row Deers have challenged themselves to row 54 miles from Oxford to Henley in three days starting on 22 June in aid of Cancer Research UK.

On Sunday they were in Market Place promoting the challenge and collecting donations for the cancer charity.

The women who describe themselves as approaching the ‘third trimester of life’ are two groups of friends who joined together to do the charity challenge with two of the team recovering from brain and breast cancer.

Debs said, “None of us have really rowed before.  We started training September/October last year.  Our biggest challenge will making it to the end, rowing 7 hours, and getting through a few locks!  They’ll be a few sore bottoms at the end!”

Caroline said, “Many people have shared their stories today and the response has been really good.”  Diana added, “One gentleman lost his wife to cancer only this week who had 2 young children.  1 in 2 people are now affected by cancer.  We’re delighted to have raised £23K already and the support crew will have buckets at every lock to take donations.”

The team raised £390 on Sunday to add to the £23,000 they have already raised, beating their original target of £20,000. To find out more and donate, please visit:  https://fundraise.cancerresearchuk.org/unite/row-deers