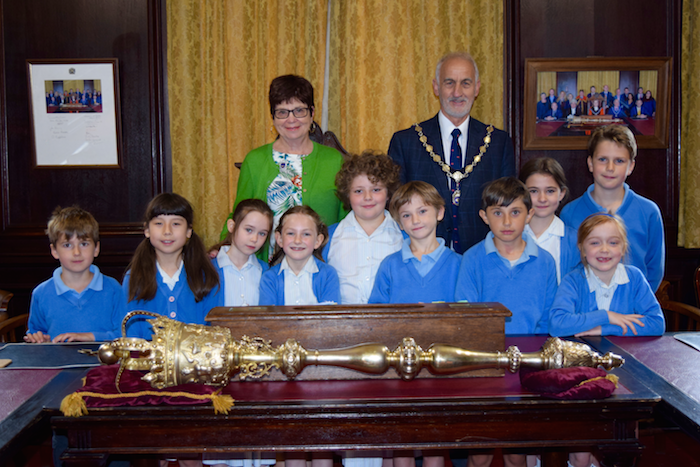 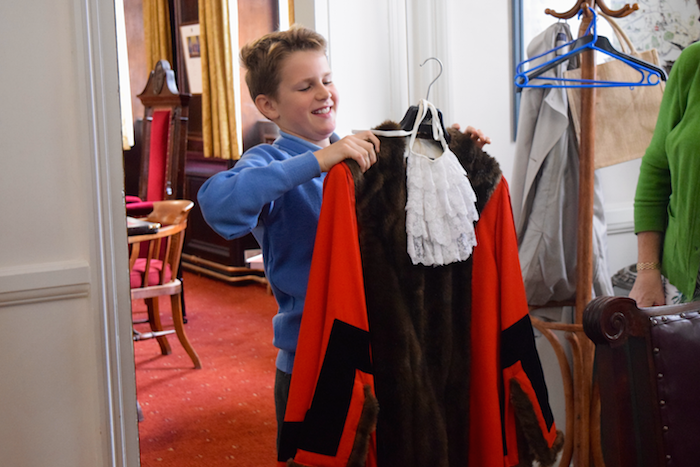 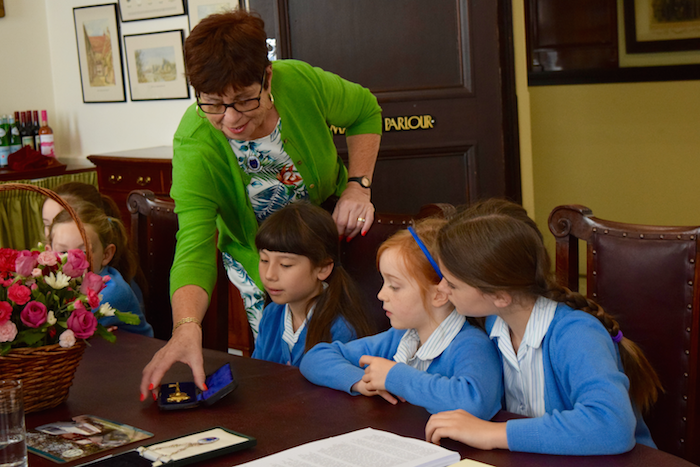 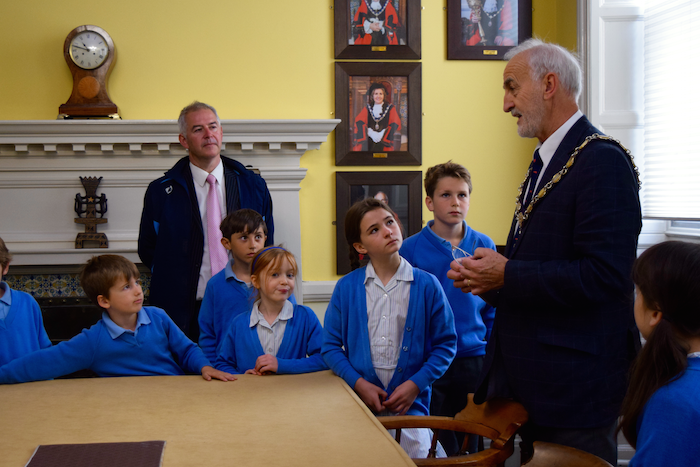 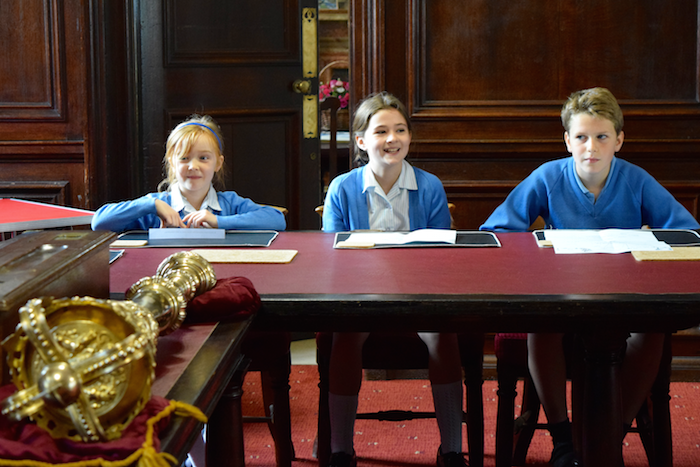 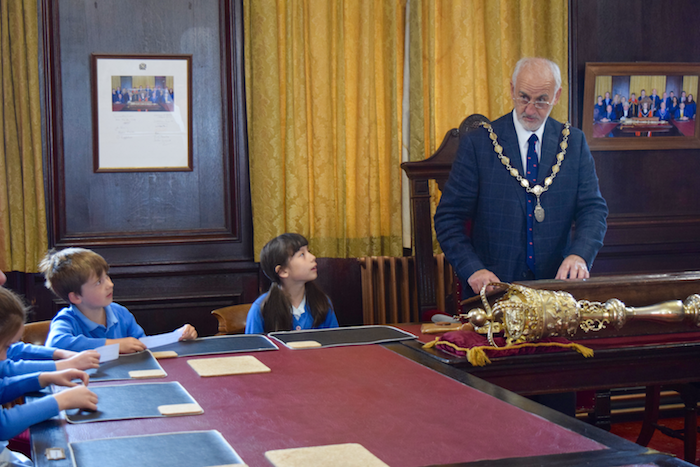 The St Mary’s School council were given an insight into how the Town Council operates on Monday with an exclusive tour of the Town Hall. Ten students, from Years 1 to 5, were shown around the Council Chamber, the Committee Room and the Mayor’s Parlour by the Henley Mayor and Mayoress, Ken and Dorothy Arlett. The morning allowed the children to pose their suggestions for change to the Mayor, as well as teaching them about the workings of the Henley Town Council.

The students, accompanied by school council leader Sarah Cook and headteacher Rob Harmer, began their tour in the Mayor’s Parlour, where they were shown the mayoral robes and the original Town Hall key. The Mayor drew their attention to the many historic paintings of Henley that decorate the walls, building their knowledge of the town’s past. Then proceeding to the Committee Room, the group were challenged to find the photograph of Mr Arlett amongst the past Mayors portraits, The young councillors studied the walls as they search for the image from 1991, when Ken first became the Mayor of Henley.

After a brief snack break for squash and biscuits, the children took their seats around the Council Chamber table, adopting the places of the current town councillors. It was here that they reenacted a council meeting, whereupon each student could share their ideas on how to improve Henley with the Mayor. A number of the suggestions touched on subjects that are already in discussion; one girl came up with the idea of switching the traffic lights for roundabouts to improve congestion, whilst another addressed the need for more bins in Mill Meadows (8 new bins were agreed upon earlier this year). The young people also demonstrated their sensitivity towards preserving our environment as they proposed free parking for electric cars, duck food dispensers in parks, and a switch from plastic to paper bags for market stallholders. One innovative councillor recommended that we harness future technology to combat litter, introducing drones and ‘rubbish robots’ to clean the town.

The educational tour helped St Mary’s students to understand what it means to be a councillor, setting them in good stead should they choose to take on higher levels of office in future. Based on the passion and discernment of their suggestions for the town, the future of Henley would be in safe hands.