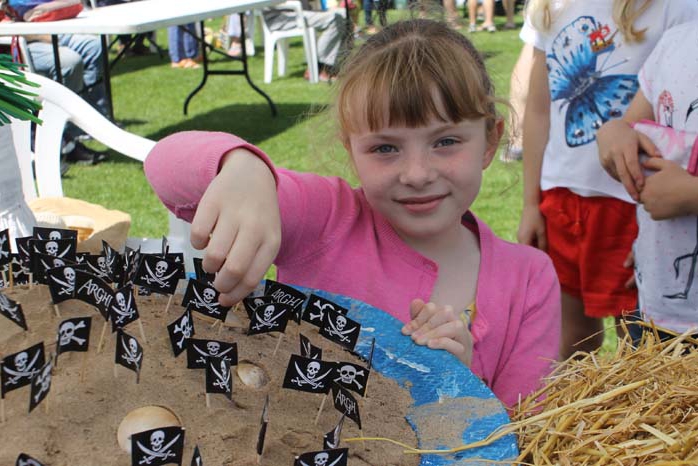 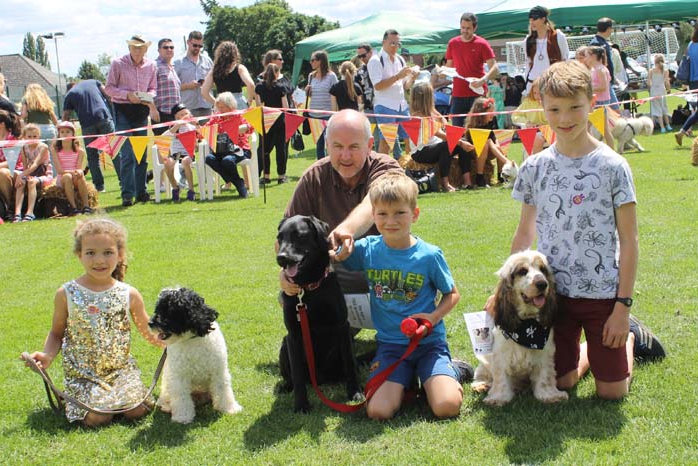 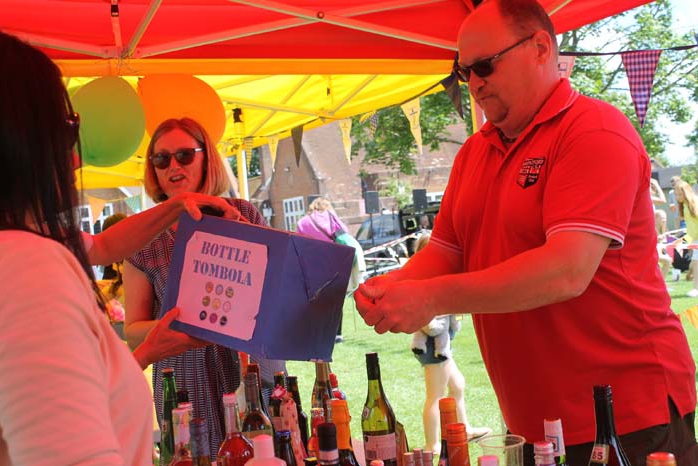 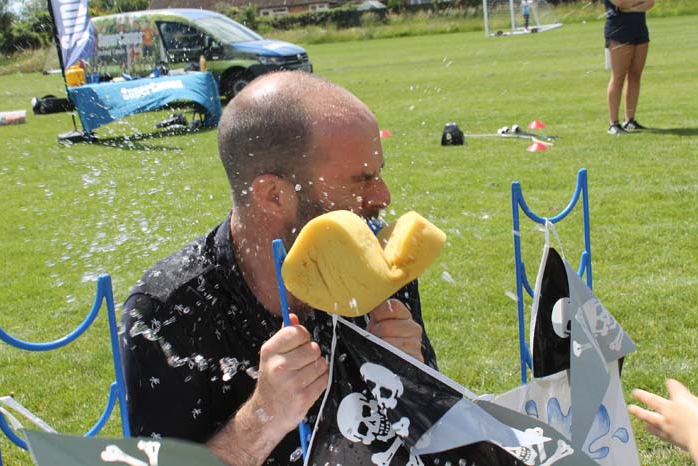 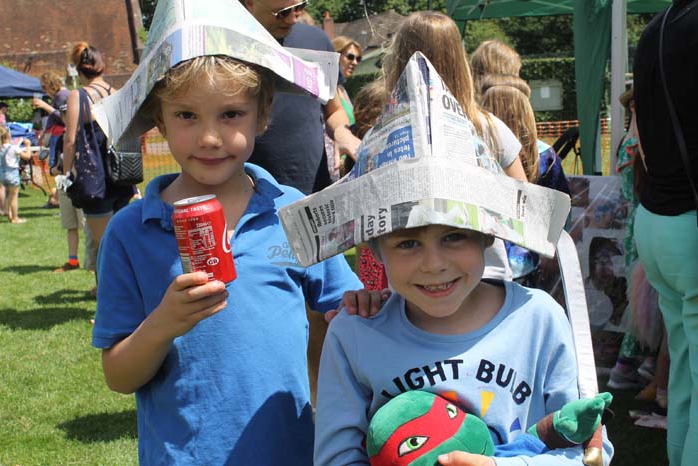 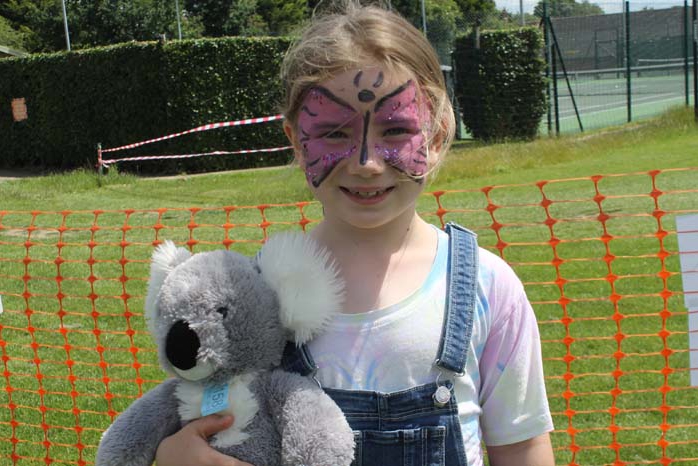 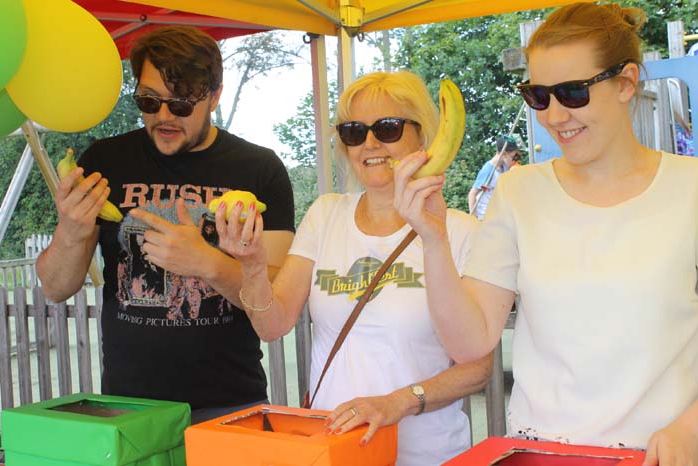 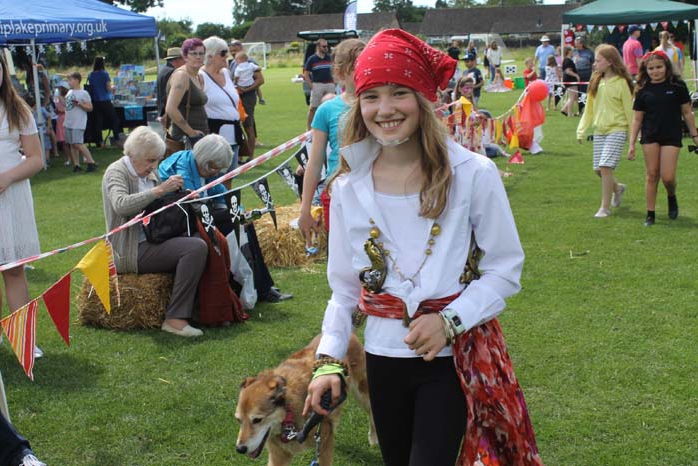 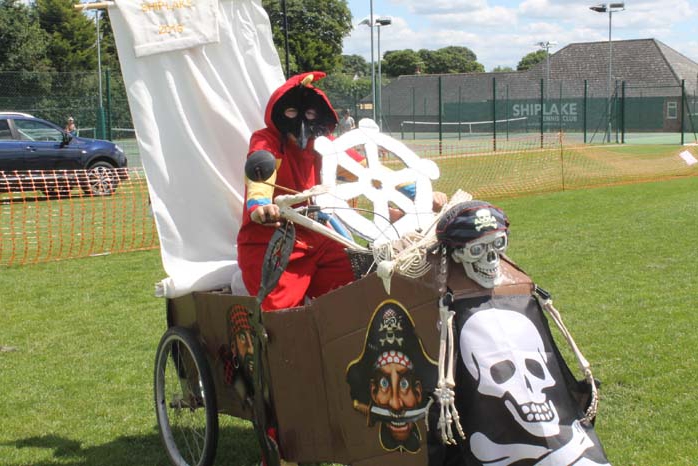 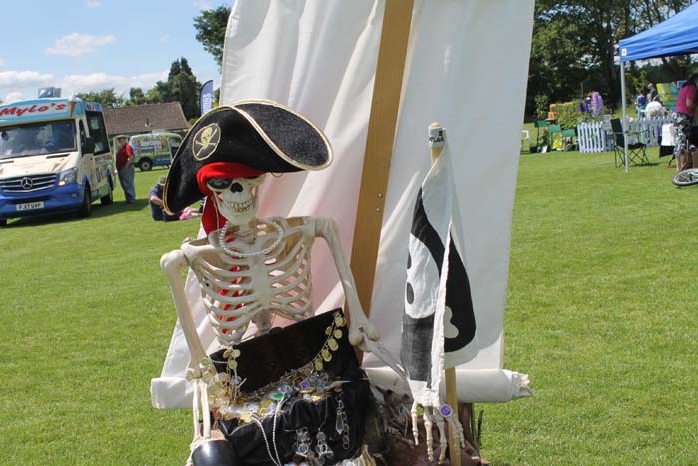 Shiver me timbers… there was a whole lot of booty down at the pirate themed Shiplake Fete on Saturday afternoon in aid of Shiplake Primary and Village Nursery School.

Families could grab a whole lot of loot from the toy and book stalls, chance their arm on the tombola, human fruit machine and the treasure island plus there was the opportunity to throw a sponge at a buccaneer!

The event started with the long standing tradition of the wacky wheels competition which was won again by Shiplake School Year 6 pupil, Billy Mullaniff who decorated a tricycle as a pirate ship and dressed up as a parrot.  Billy’s Mum, Rebecca said, “It’s a family tradition, we’ve won every year.  It started with my eldest son who is now 21 and is at university now.  This is the last time for Billy.”

Entertainment in the show ring continued with a dance performance by Stageworks students followed by a dog show with categories for Most Handsome Dog, Prettiest Pouch, Best Child Handler, Best Golden Oldie, The Puppy the Judge Would Like to Take Home and the Musical Sits.  The dog show was judged by Erik D’Arcy-Donnelly from Henley Veterinary Centre (HVC) and over £500 worth of prizes were donated by the HVC, Pete’s Pet Pad from Caversham and Pet Barn from Sonning Common.  Mabel who won the Most Handsome Dog with Zorro was delighted to win as her Mum had organised for the family to dogsit Zorro her Aunt’s dog specially this weekend.

After the dog show Shiplake School’s Years 4 & 5 Singers performed and then the children enjoyed fun races and the tug of war finale.

Sally & Maz who organised the fete for the first time said, “As first timers in organising this event it was an absolute pleasure to see everyone having so much Pirate fun on Saturday.  The arena events, including the Wacky Wheels parade, dog show, fun races and incredible performances from both Stageworks and the school’s year 4 & 5 pupils, were a great success.  With the weather on our side, over 400 people attended the Summer Fayre and enjoyed the many stalls and activities that were put on throughout the day.  We raised an incredible amount of just over £4,300 which will be spent on completing the school’s new Key Stage 2 playground with new football and court surfaces, as well as new resources for the National Curriculum.   We’d like to thank everyone for their generous donations, volunteers who donated their valuable time and everyone involved in helping with the event and we look forward to seeing the completed new school facilities.”