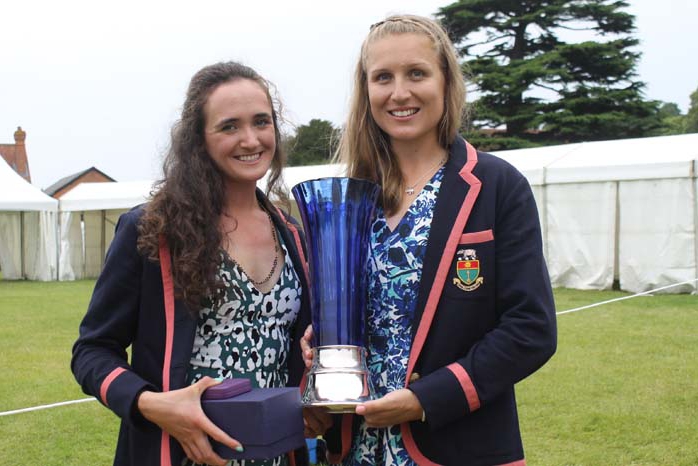 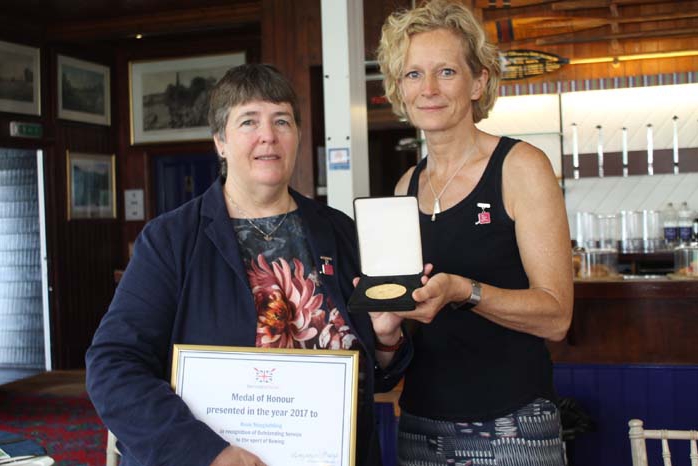 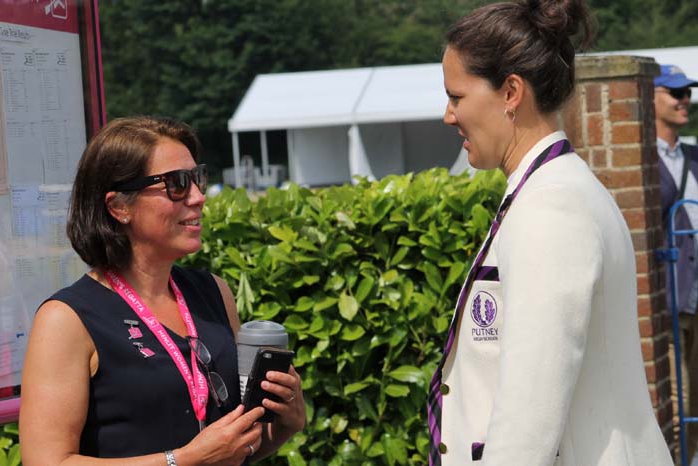 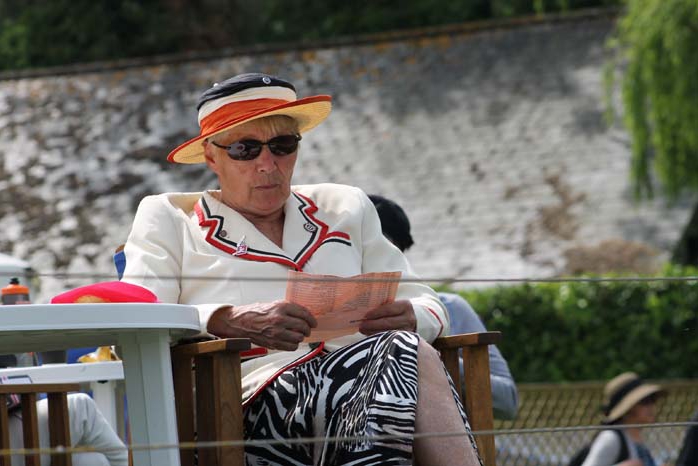 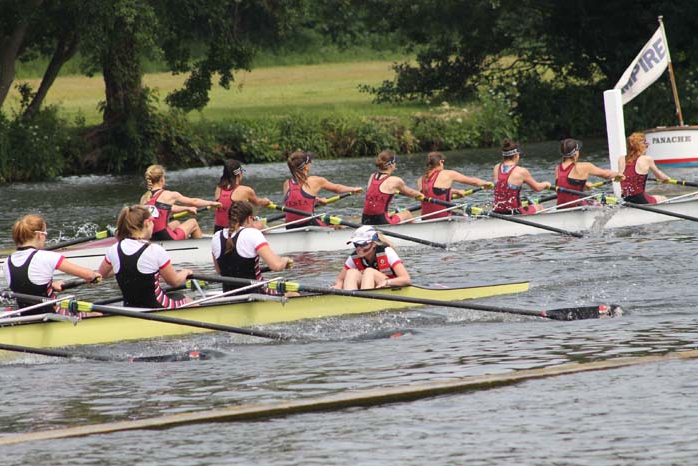 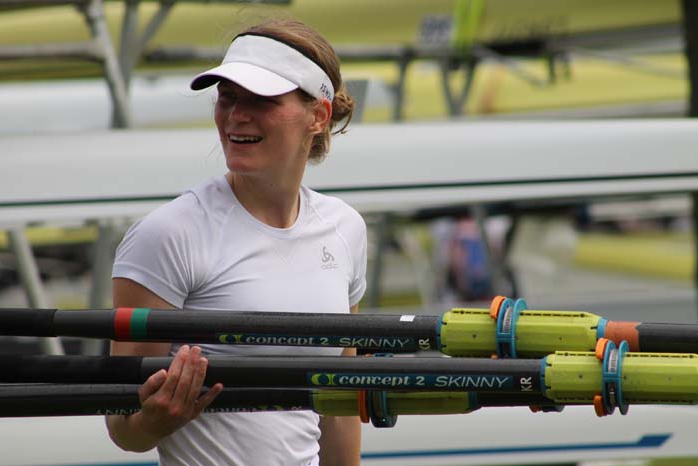 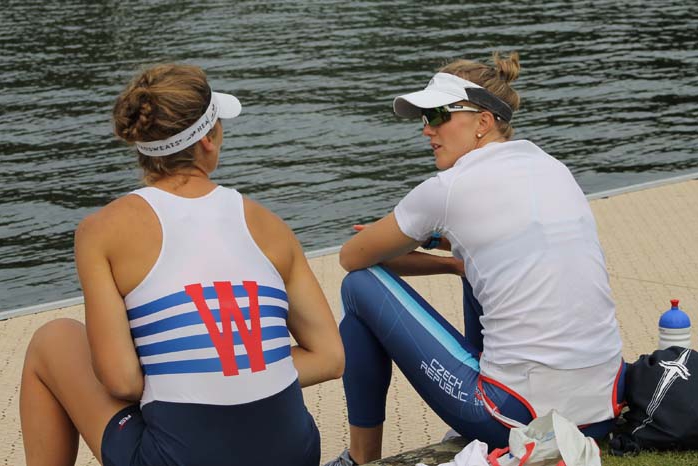 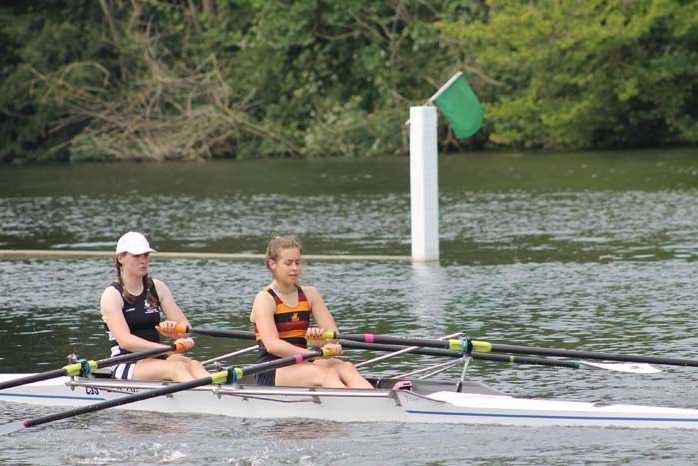 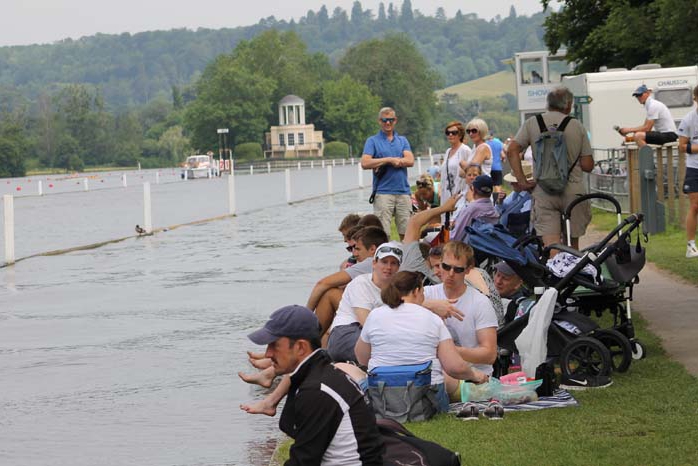 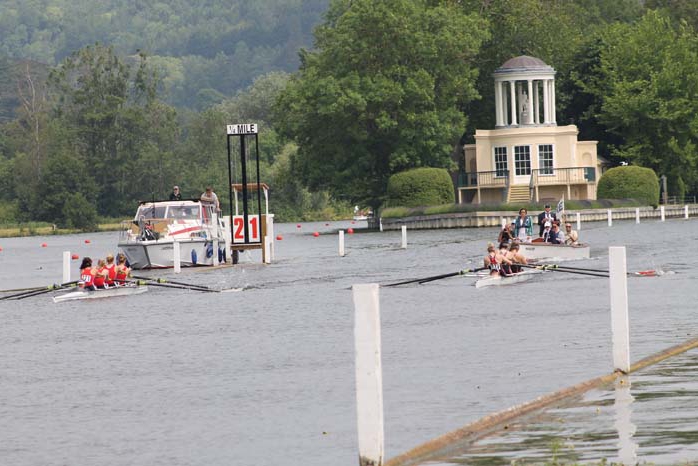 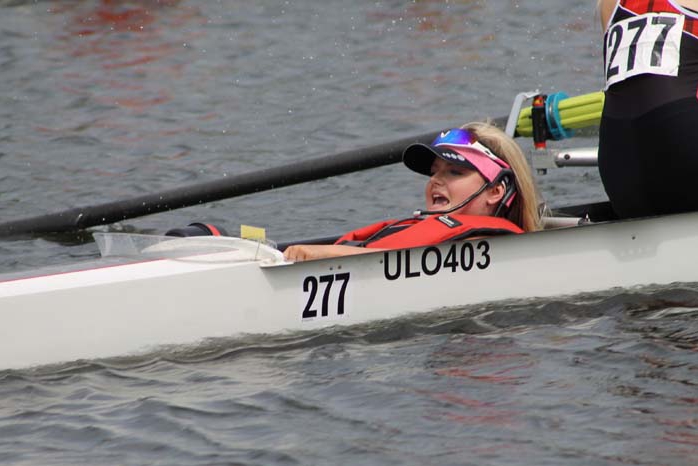 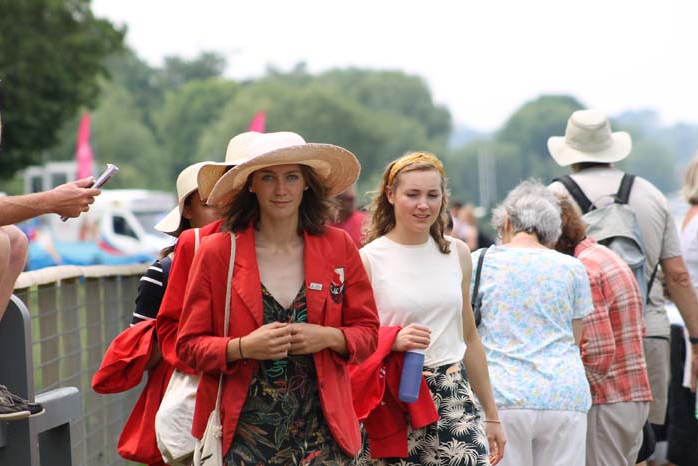 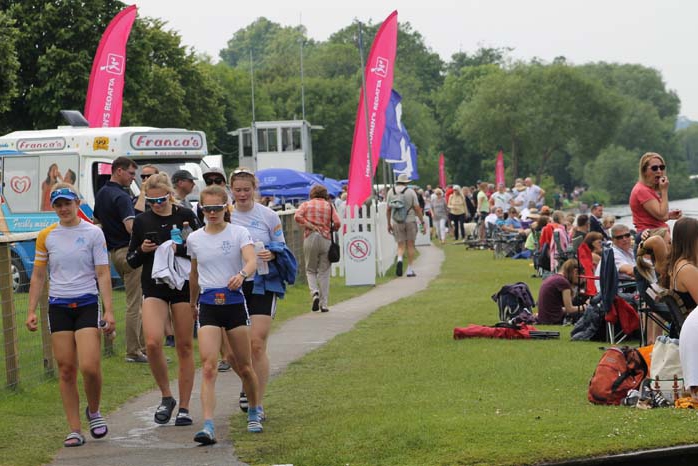 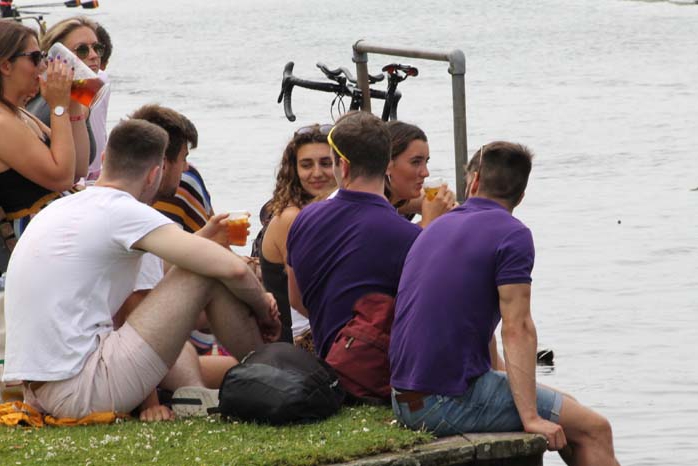 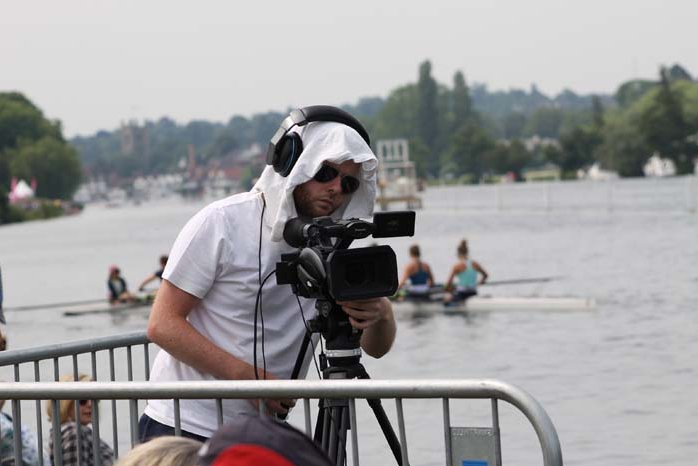 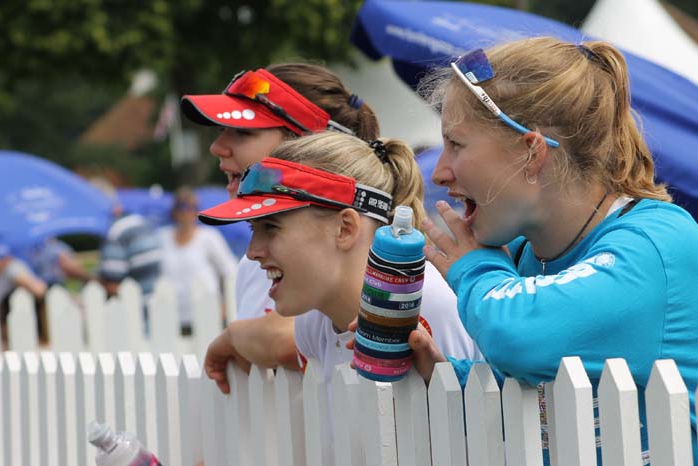 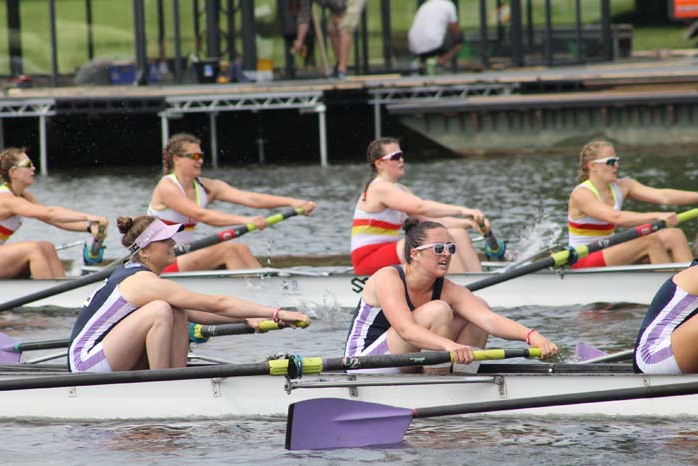 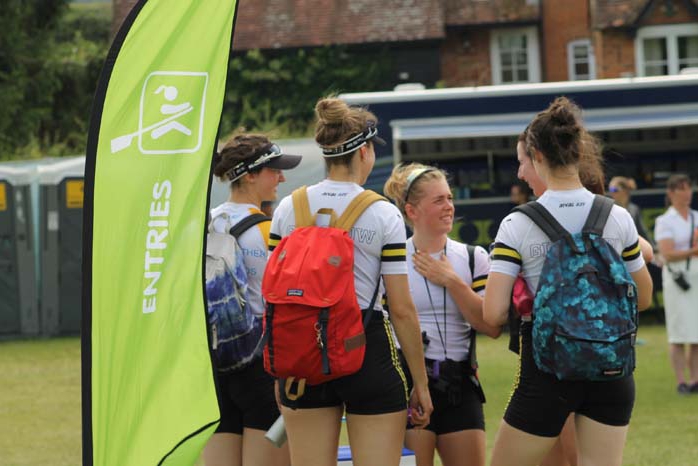 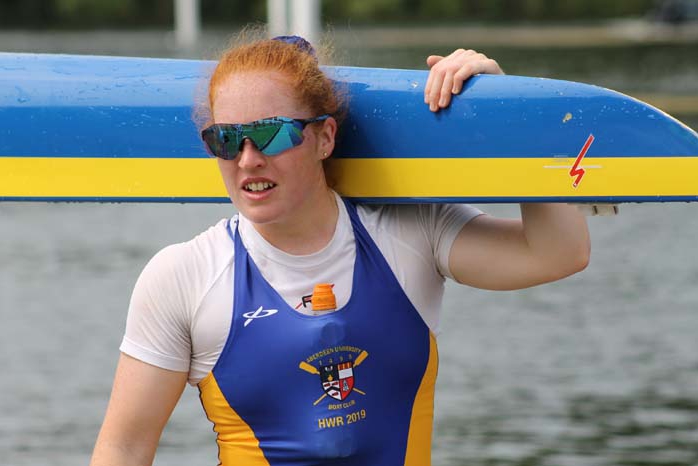 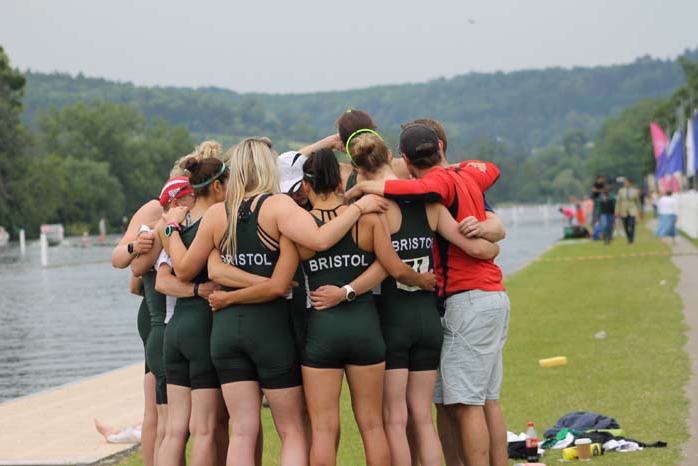 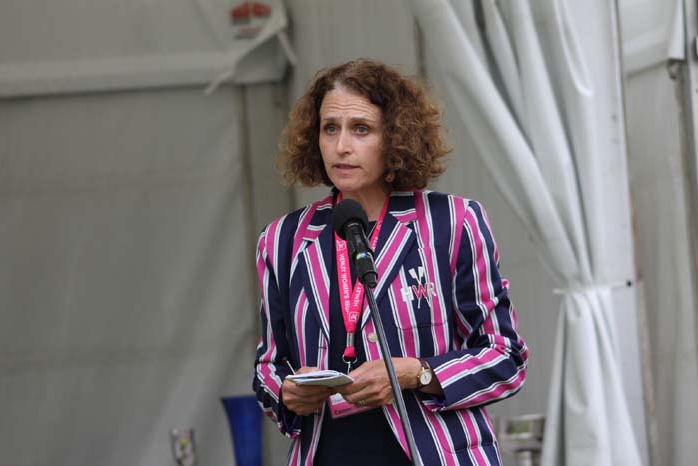 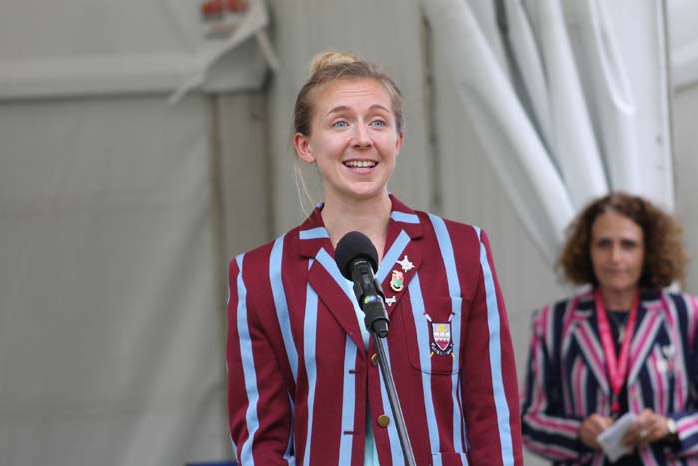 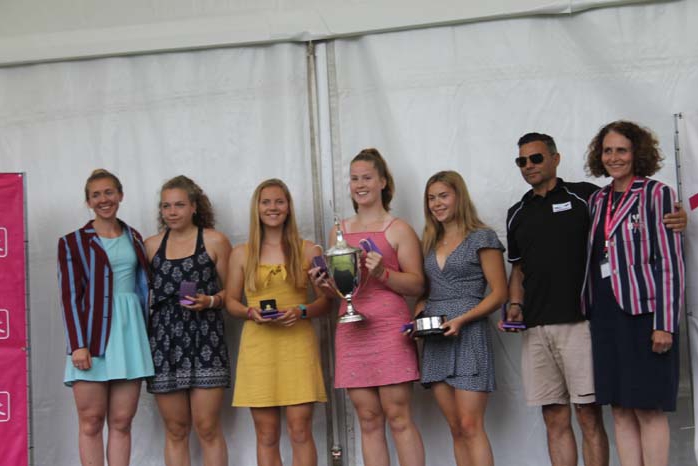 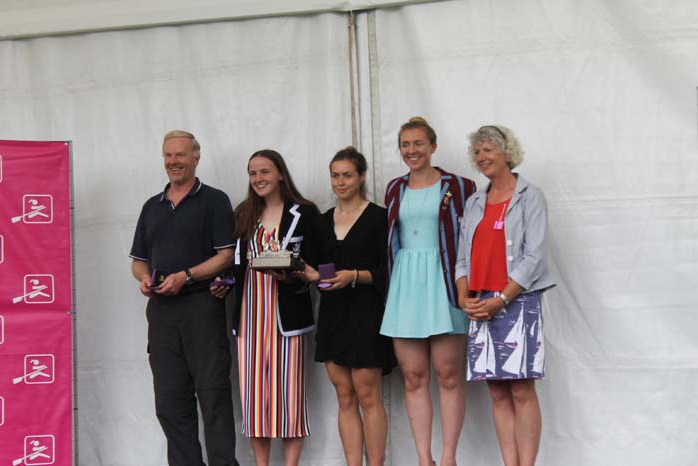 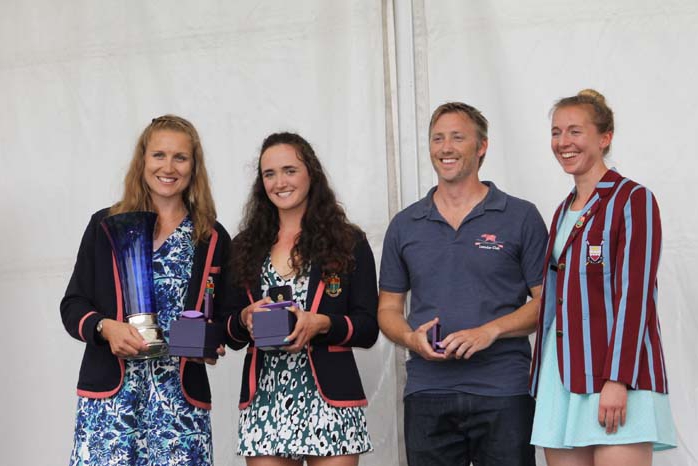 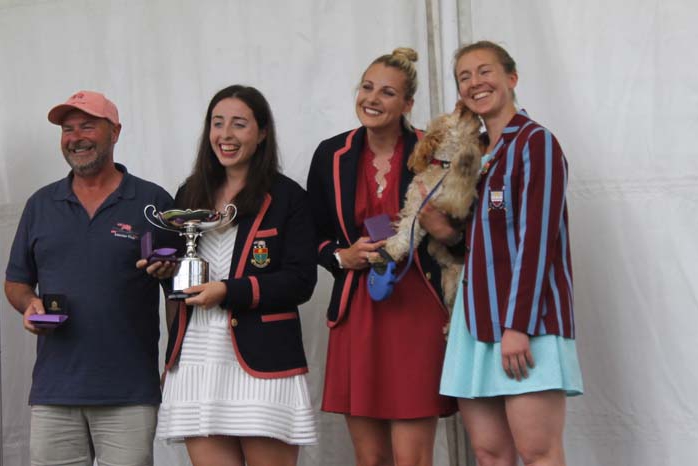 It was a great weekend of rowing at the Henley Women’s Regatta with 11 course records broken and many firsts for this ever-growing regatta.

There was a first win for Shiplake College and Olivia Morgan in the Aspirational double sculls and local clubs Leander and Henley Rowing Club won two trophies each. Tideway Scullers School had a fantastic Regatta winning 4 trophies.

Henley Rowing Club retained the Nina Padwick Trophy for J16 quadruple sculls for a fourth successive year, beating Headington School by 1¼ lengths in a time of 5 minutes 13 seconds in the final. The crew of Darcey Smith, Della Luke, Issy Cotton and Holly Cookson followed up their recent National Schools Regatta gold medal with the HWR win.  This was the first win for Della Luke, HWR Chair’s (Miriam Luke) daughter.

Henley also won the Groton School Challenge Cup for junior coxed fours, triumphing over a composite crew from Scotland by one length in 5 minutes 29.9 seconds. Crew Maddy Pollard, Phoebe Snowden, Carla Russell and Phoebe Fletcher had won gold in championship coxless fours at the National Schools Regatta, and were joined by cox Ella Nolson for their HWR campaign.

Leander Club’s Natasha Harris-White won the Redgrave Vase for championship coxless pairs in 2018 and repeated the feat this year with Susie Dear. The duo set a new course record of 5 minutes 24 seconds in beating Cambridge University’s Pippa Whittaker and Patricia Smith by 3½ lengths.

Leander’s Katherine Maitland and Beth Bryan equalled the course record of 5 minutes 16 seconds in the W. Peer Cup for double sculls in a tough final against Reading University’s Chloe Knight and Lucy Ryan. The Leander double took an early advantage but were never able to break completely free of Reading, who challenged them the whole way down the course.  Another first saw Katherine’s dog join her on the podium to collect the trophy.

The regatta ended with a classy performance by a Great Britain development boat, who beat Dutch crew DSRV Laga to take the Ron Needs Challenge Cup for championship 8s in a course record-equalling time of 4 minutes 36 seconds.

Olympic Gold Medallist, Kat Copeland presented the trophies on Sunday to the winning crews.  She opened her talk by saying as a teenager she was overweight and not confident.  She got into rowing after being asked 6 times go along and try and in her head she thought she was going canoeing!  She fell in love with rowing after just the first session.  She said, “I loved the physical feel, the misty flat mornings on the water and the camaraderie and the friendships.  I’m pleased and flattered to be here today.  Even though winning a gold Olympic medal was the best day of my life, the journey to get there was the best, best bit.”  She encouraged the winners to be ambitious, to push on but to enjoy the ride and appreciate everything on the way.  Kat added, “Competing at the Women’s Regatta is etched in my mind.  It’s been great to watch the skills on the water and the passion has been really amazing.  Thank you to everyone who has raced and organised this event and represented our sport so well.”

On Sunday morning Annamarie Phelps presented Rosie Mayglothling (former GB rower 1975-1983) a British Rowing Medal of Honour.  Rosie brought together a group of volunteers to establish the Henley Women’s Regatta in 1988.  Over the years, Rosie has been part of the GB Rowing technical team, former Director of Pathway Development for British Rowing and Chair of FISA Competitive Commission as well as putting together the organising committee for the inaugural Commonwealth Beach Rowing Sprint Championships in 2018.  Annemarie said, “Rosie has made an outstanding contribution to the sport at every level.   As a successful international athlete and role model, as a club and international coach, as a passionate teacher and educator and a designer of educational materials and schemes.  She is a constant innovator who pushes herself and those around her to always do better – she has done this as a volunteer and a professional. Her love of sport and belief in its transformational powers is compelling and powerful. She is the most passionate, authentic and ethically consistent person I have ever worked with.” 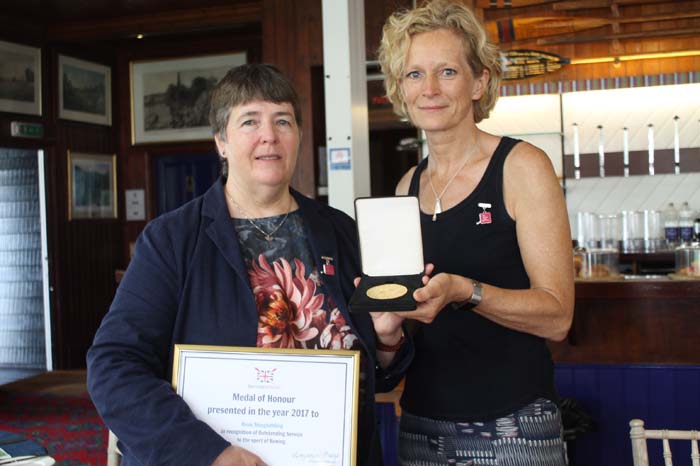