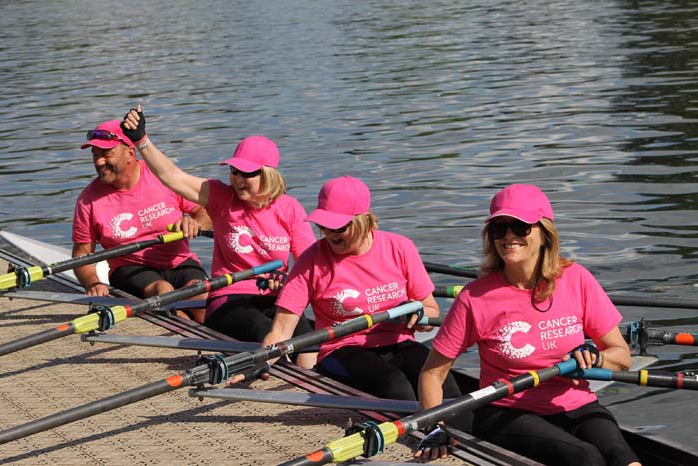 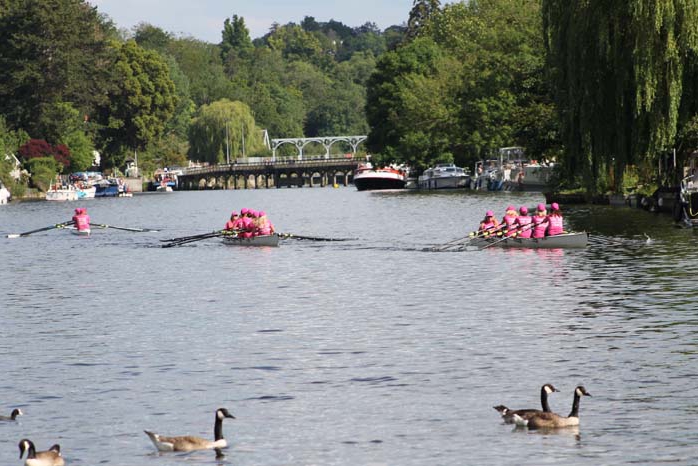 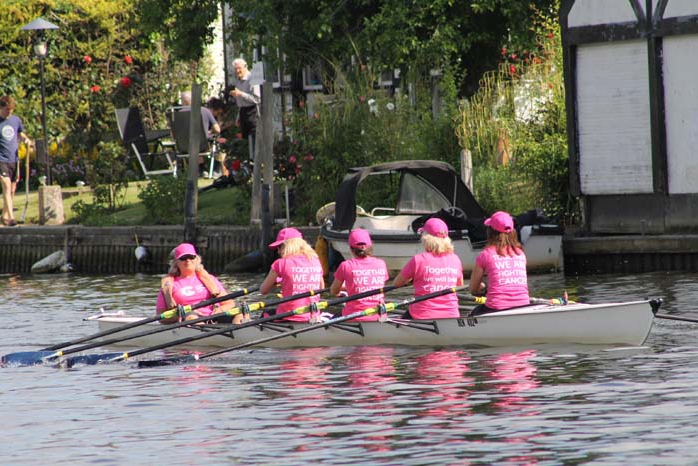 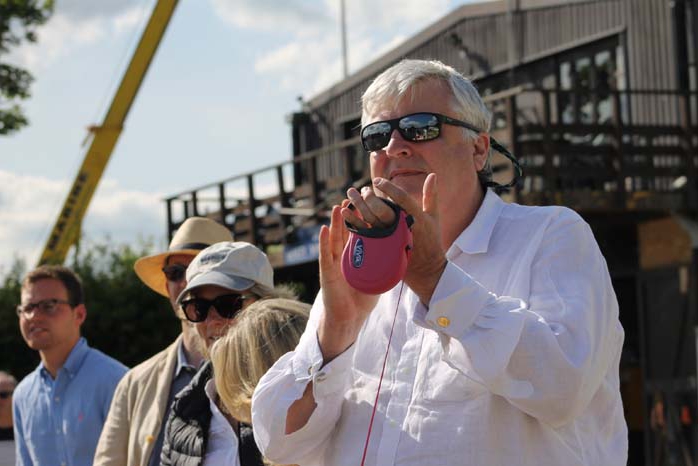 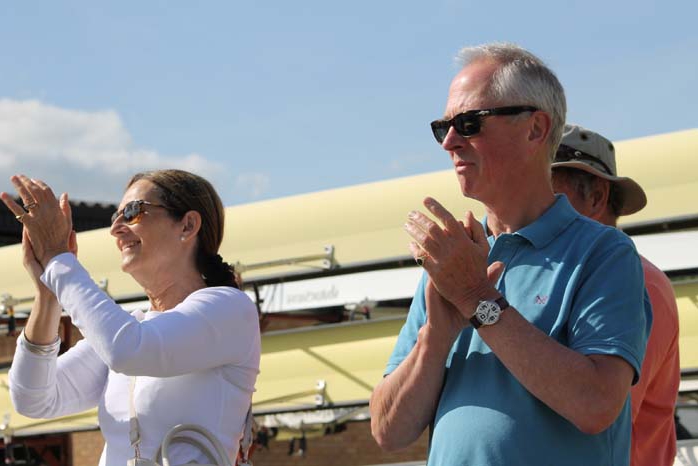 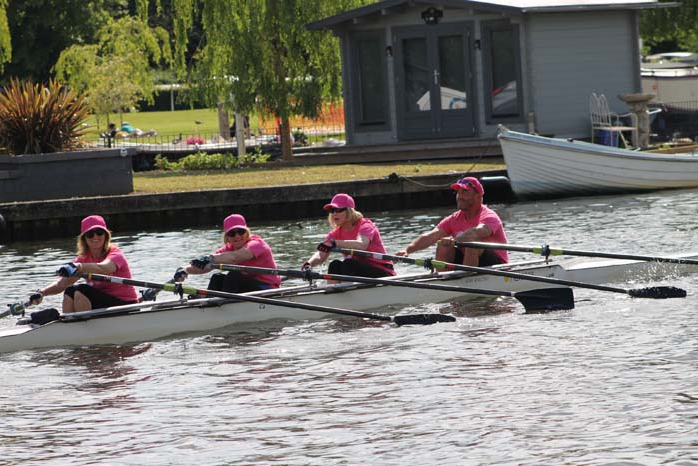 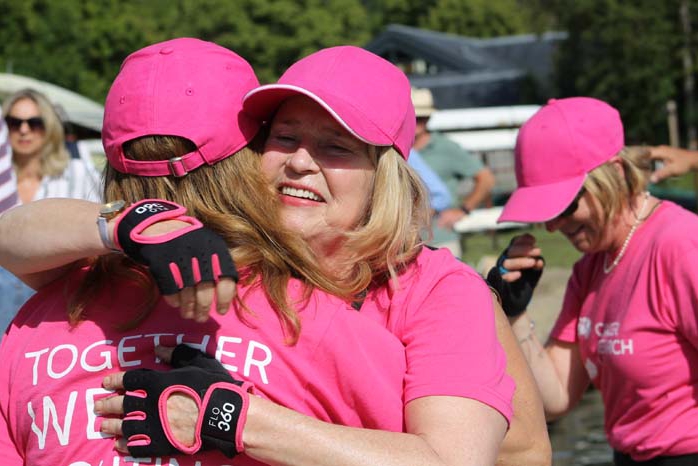 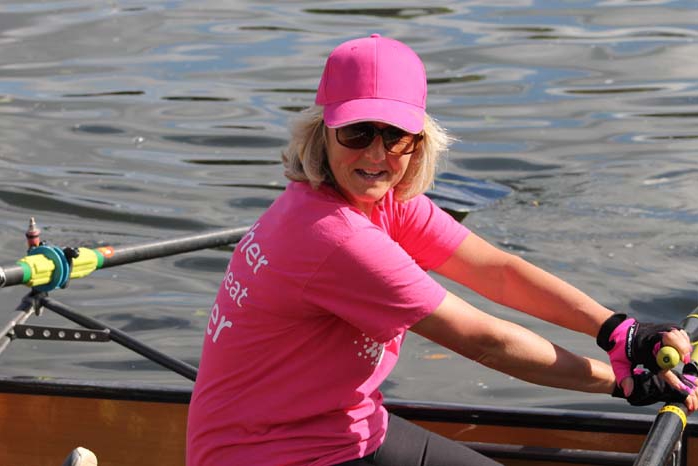 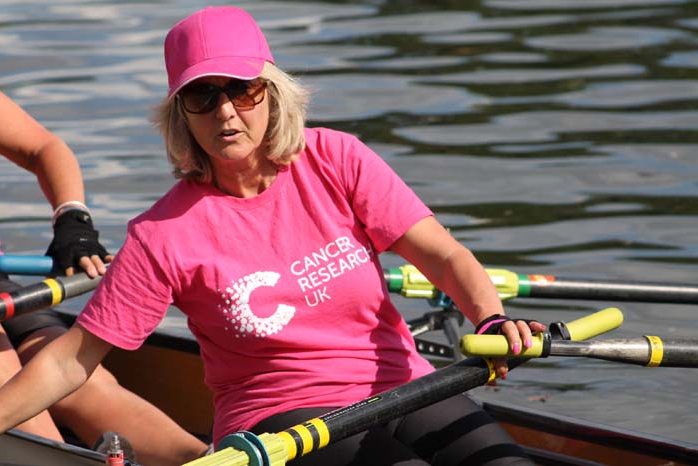 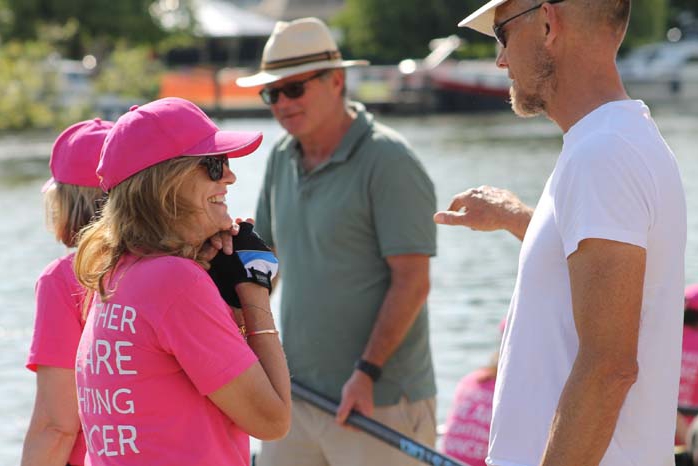 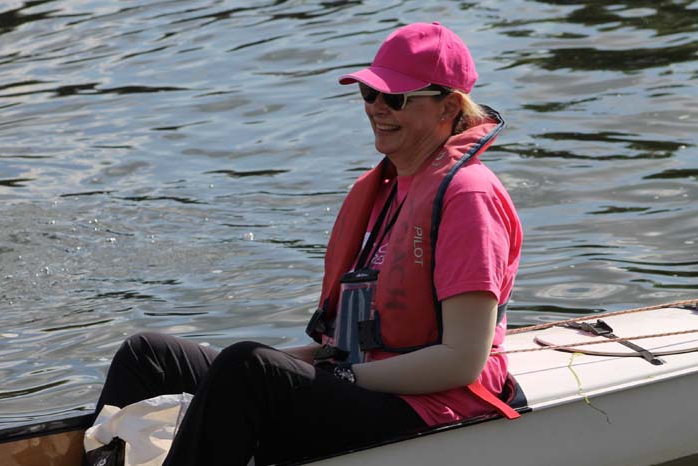 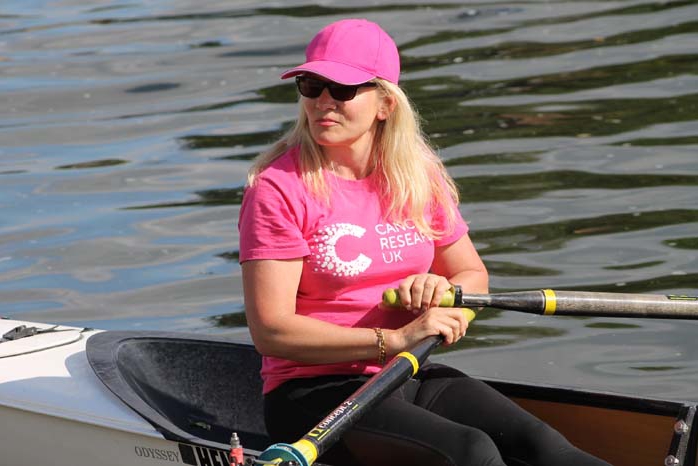 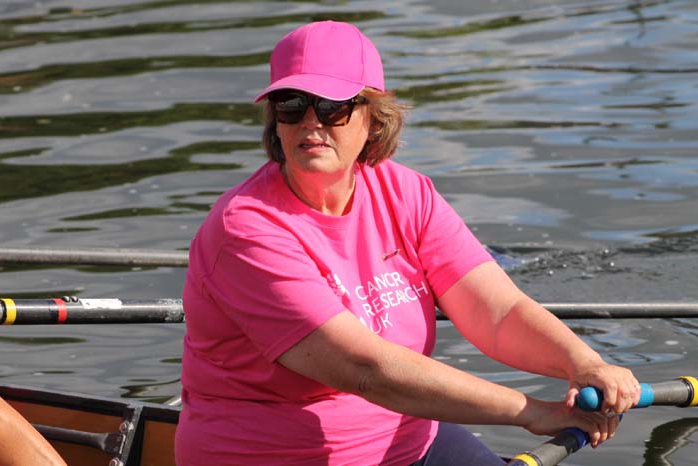 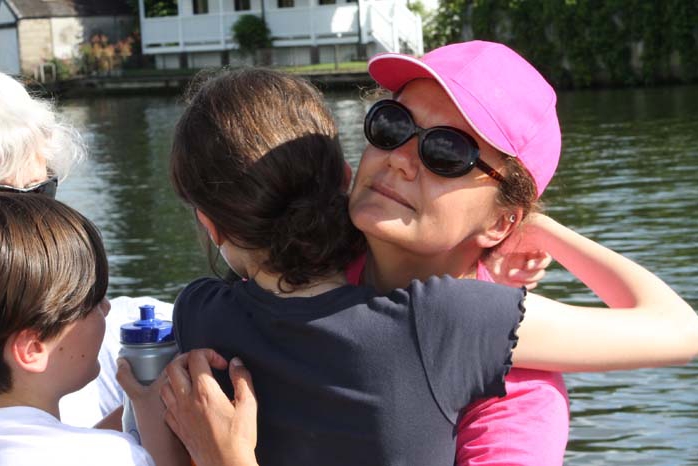 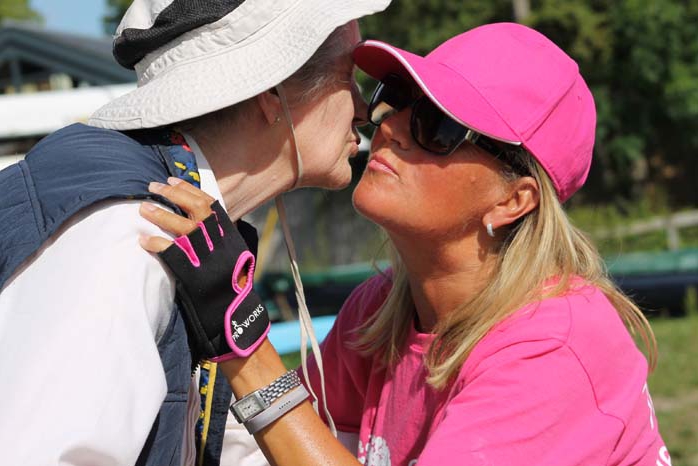 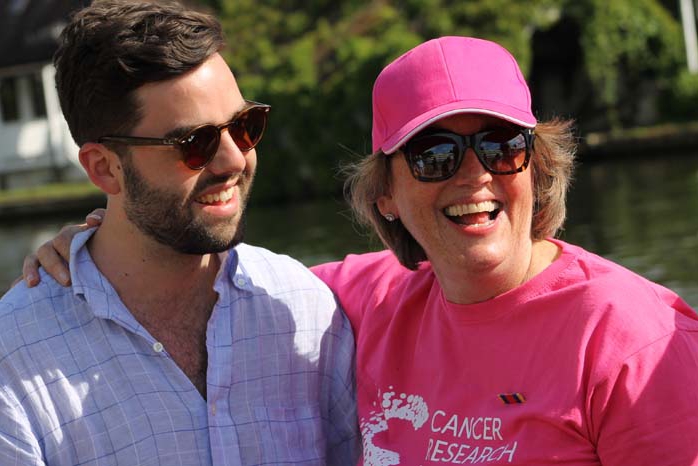 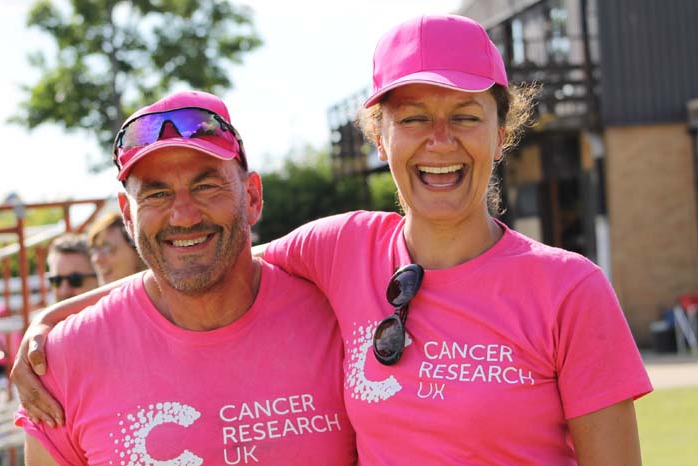 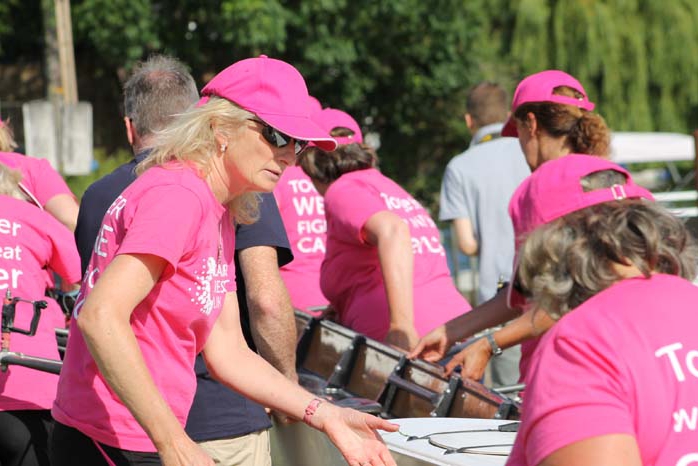 A group of 13 novice women rowers named Team Row Deers completed their marathon challenge row of 54 miles from Oxford to Henley in three days arriving back safely on Saturday afternoon at Henley Rowing Club in aid of Cancer Research UK.

The women who describe themselves as approaching the ‘third trimester of life’ are two groups of friends who joined together to do the charity challenge with two of the team recovering from brain and breast cancer.  They completed the challenge in three coxed quads and have so far raised £33,000.

Jeff said, “None of them had rowed before.  The hardest thing to teach them was to relax and allow the boat to do what is designed to do and to stop talking so much!  We have had nothing but fun – lots of laughs and a wonderful and fantastic time.  They are superstars, they are amazing women and it’s been absolute pleasure to work with all of them.”

Asked which parts of their bodies hurt the most? Debs and Cathy both said, “Definitely our bottoms are most sore right now – no doubt about it. Debs added, “It’s amazing to be back here and to have completed the challenge.”

Catherine Yoxall said, “The best part of the challenge was the teamwork – the sense that we were all in it together.  We really took it it turns to look after each other when at times it was too much and kept each other going. It was really inspiring to be in the crew with two cancer survivors who reminded us why we were doing it and how it affects so many people.”

If you would like to donate, please go to https://fundraise.cancerresearchuk.org/unite/row-deers