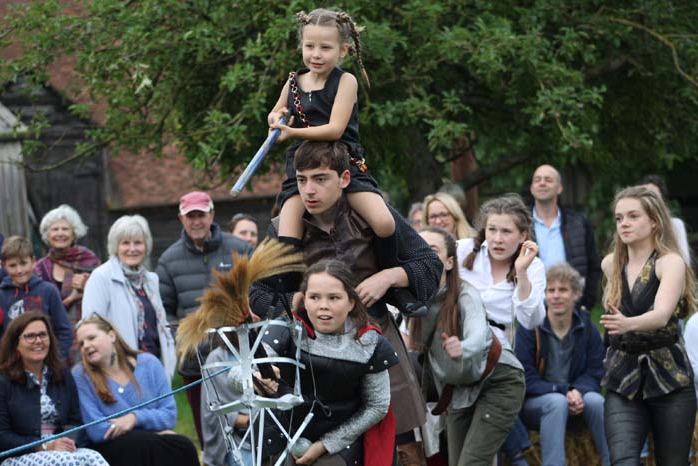 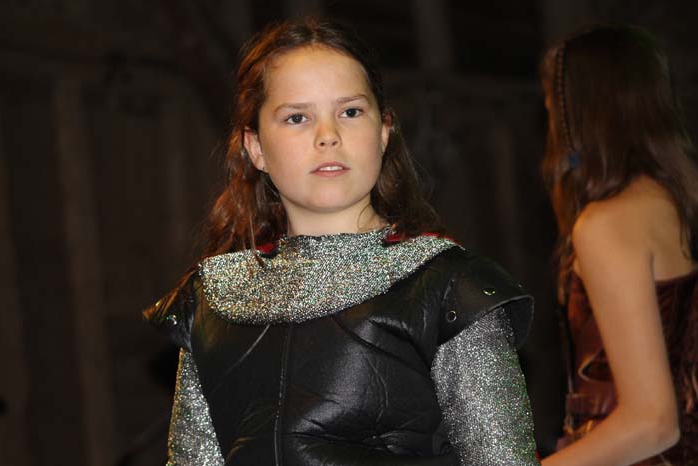 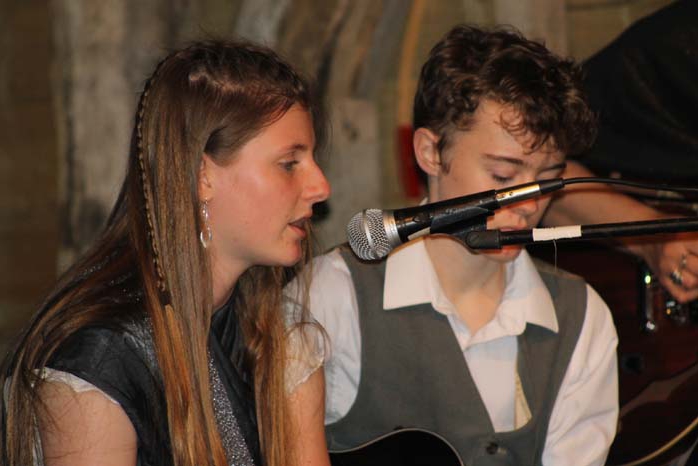 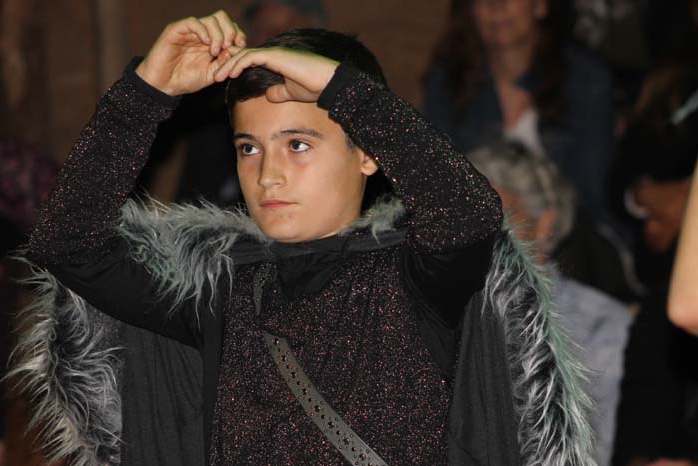 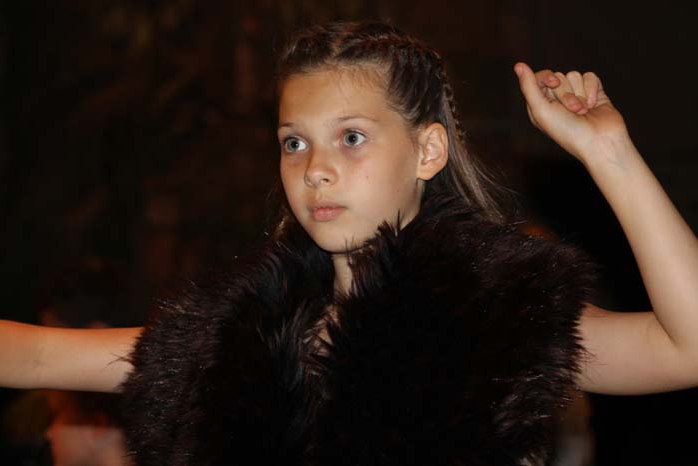 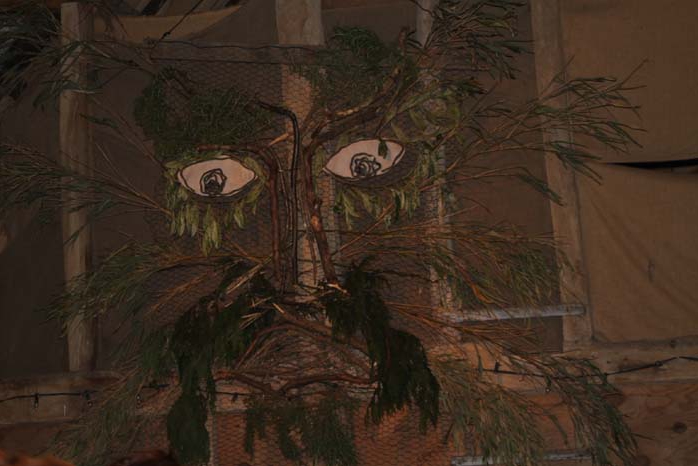 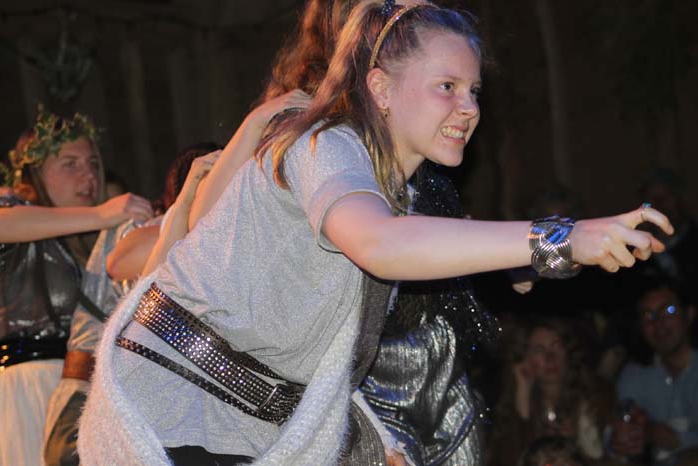 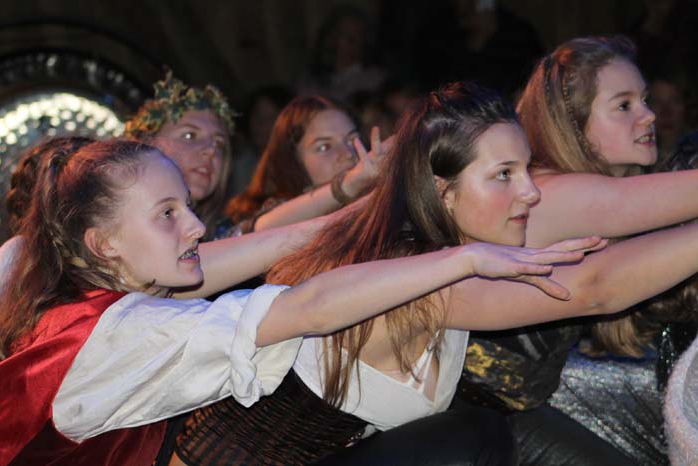 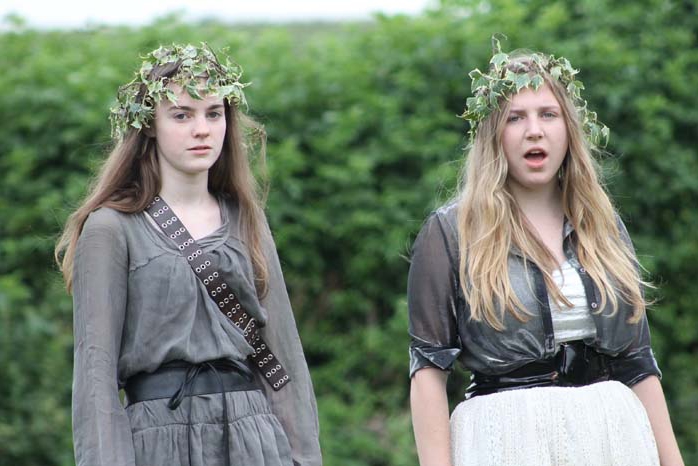 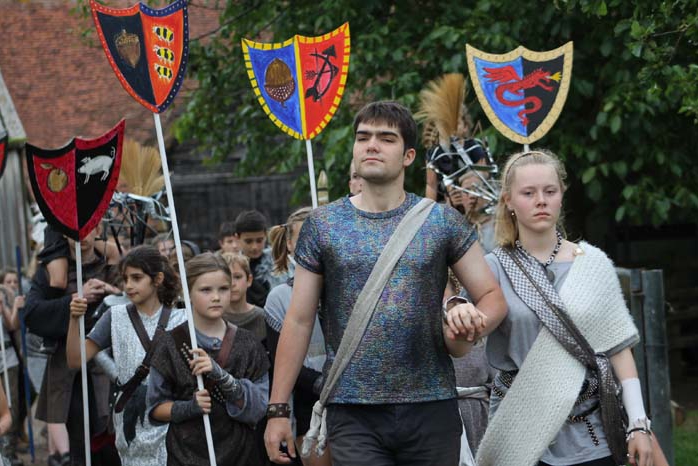 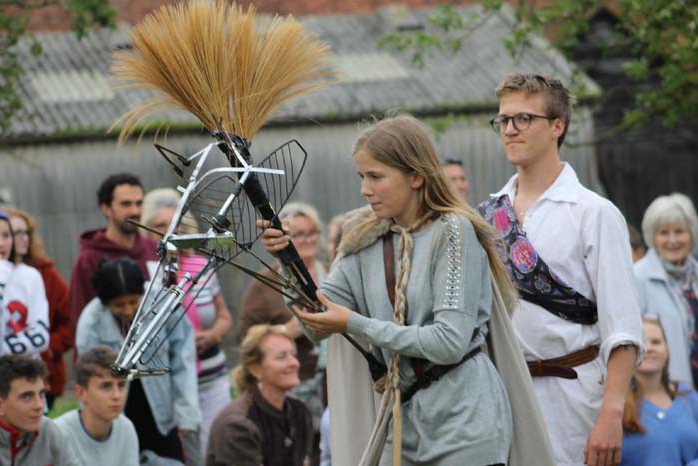 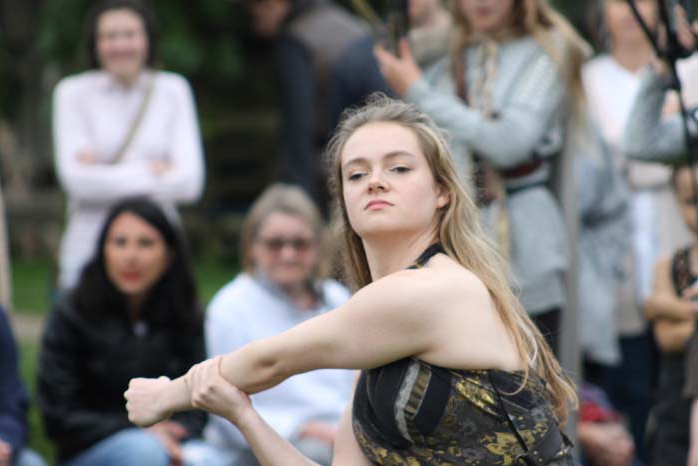 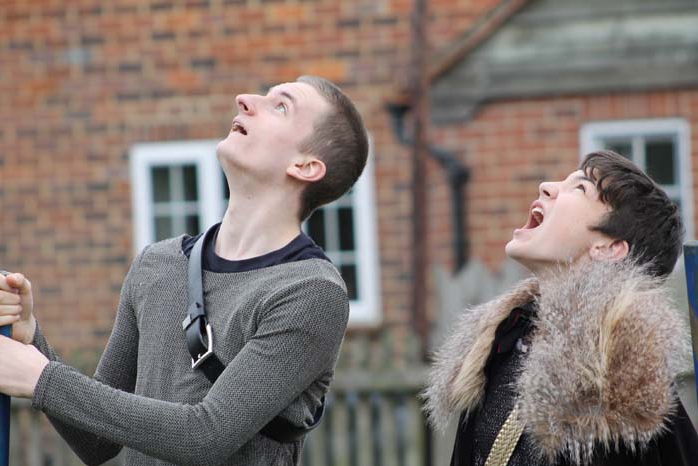 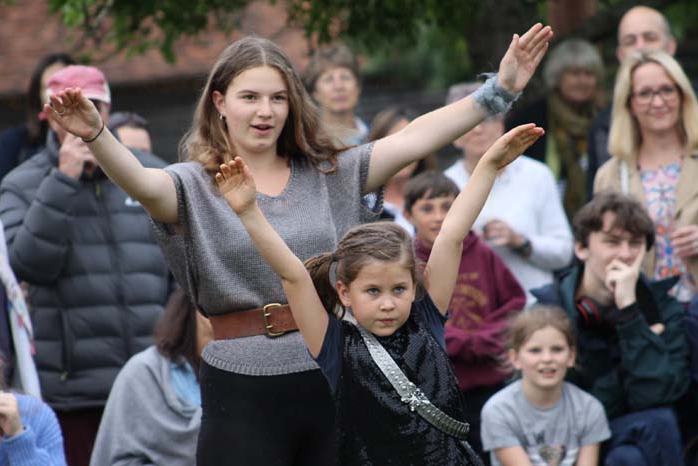 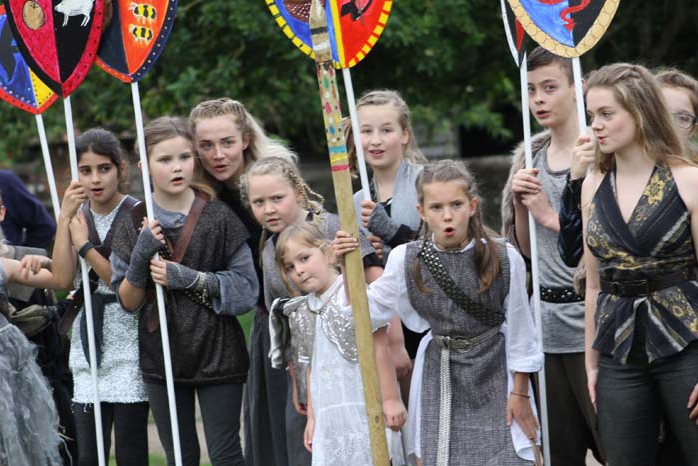 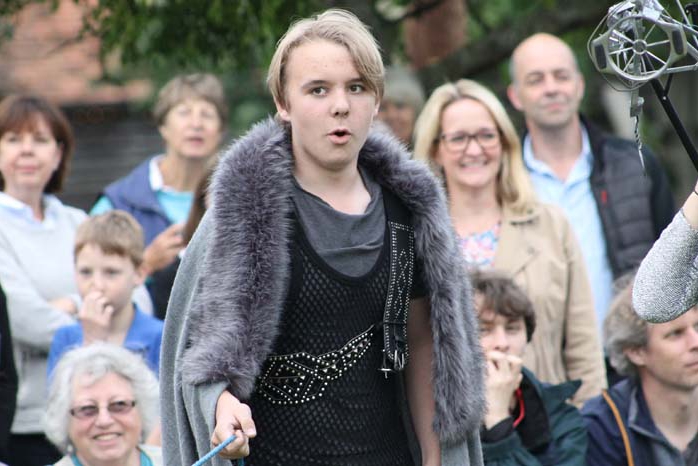 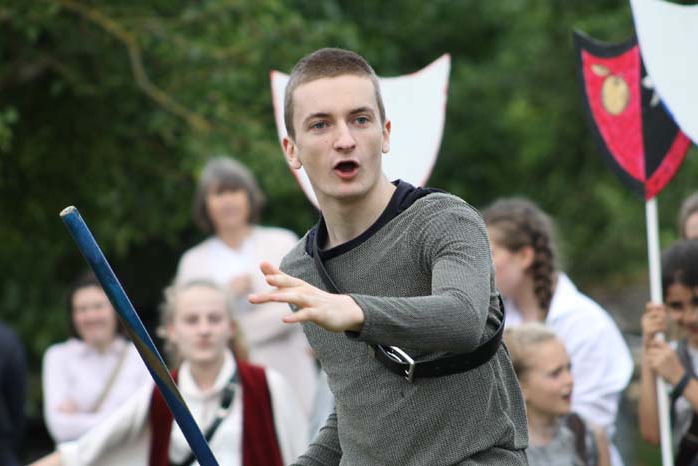 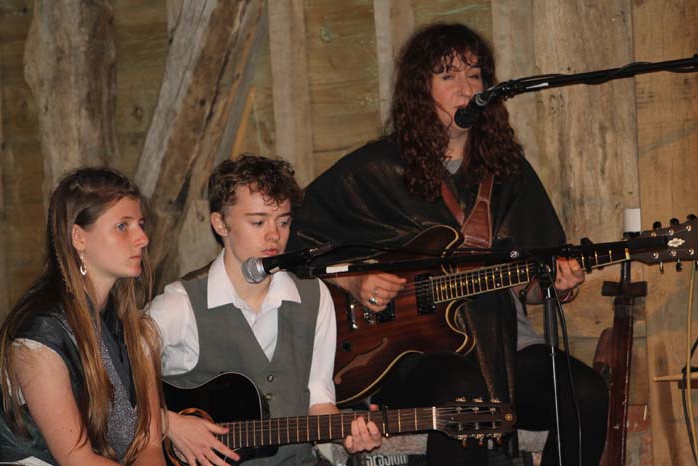 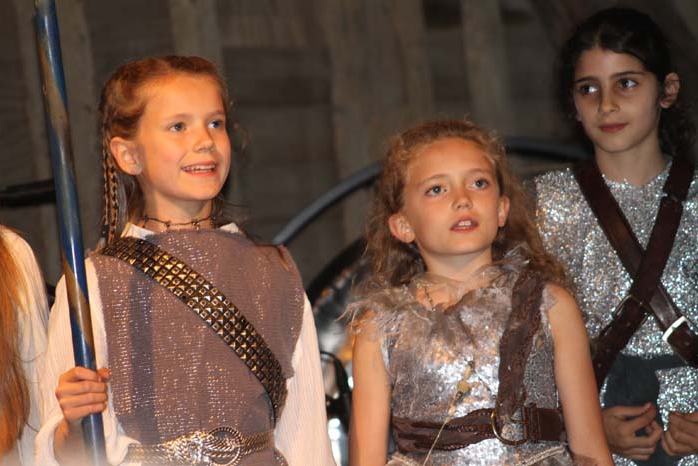 Acorn Music Theatre Group’s summer production, The Green Man and Other Fables was truly action packed and inventive right from the start.

The opening scene, of medieval games saw the young talented cast use their bodies cleverly for an archery competition, had the audience captivated with a brilliant imaginative apple throwing competition (no apples used!) and a spectacular finale of jousting with brilliant horse head props.

White Pond Farm in Stonor was was the perfect setting again for the summer production, with the medieval games starting outside, before the cast then went inside the barn for the main performance of The Green Man which told the story a cantankerous old king, whose beard grows visibly longer by the hour, sends his knights on an impossible quest to find the grail and the elixir of life.   The other fables interlinked told stories of the Raven Queen, The Jolly Knight, The Fisherman’s Tale and our favourite comedy scene Armoured Anonymous!

The confidence and articulation by all of the young people was superb.  Having seen many of the productions over the years, it is always lovely to see familiar faces grow and take on more senior roles in the production each year.  One particular special mention should go to Eleanor Whittle, who I have heard sing over the years with others, sang an amazing beautiful solo of The Raven Queen.  It was also great to see Megan Henwood back helping with the musical arrangements and singing and playing her guitar.  Megan started Acorn when she was only 5 years old with her Mum Lucie who co-founded Acorn and is now a singer/songwriter who has recorded 3 albums.  Megan said, “It’s nostalgic to be back here where I started. The script (written by the students) and music is ever evolving and it’s great to be part of it again.”

Whether the youngsters were speaking, singing or acting, they all put they heart and soul into their characters – and their smiley faces showed that they were all loving this experience.

The creative team led by Gail Rosier and Lucie really know how to put on a show and inspire the young generation of Henley.