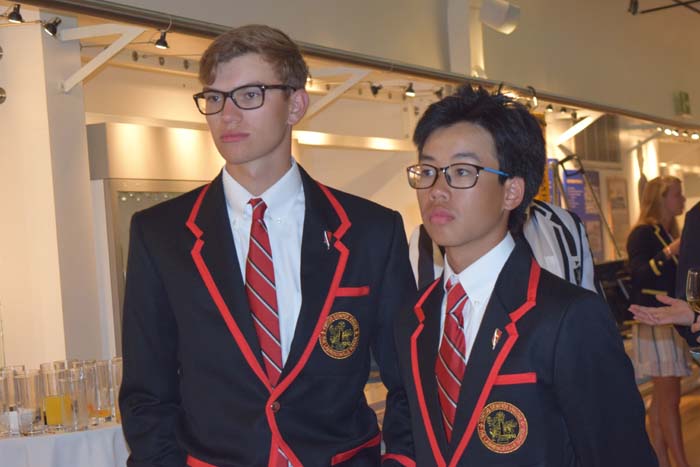 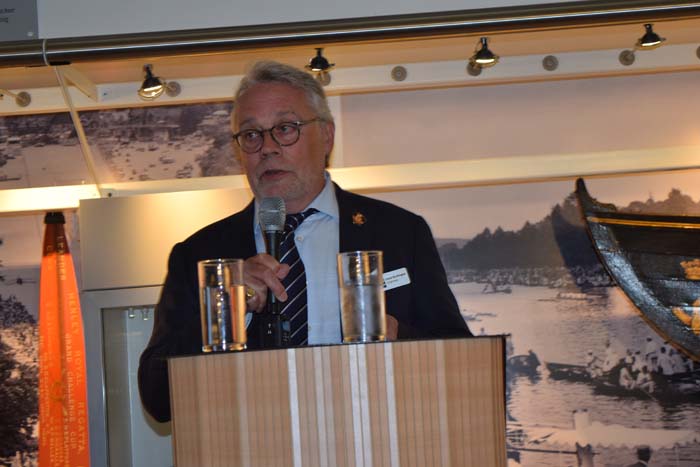 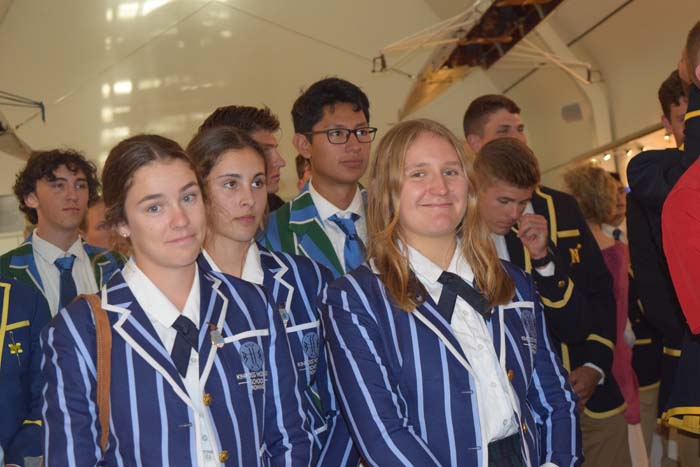 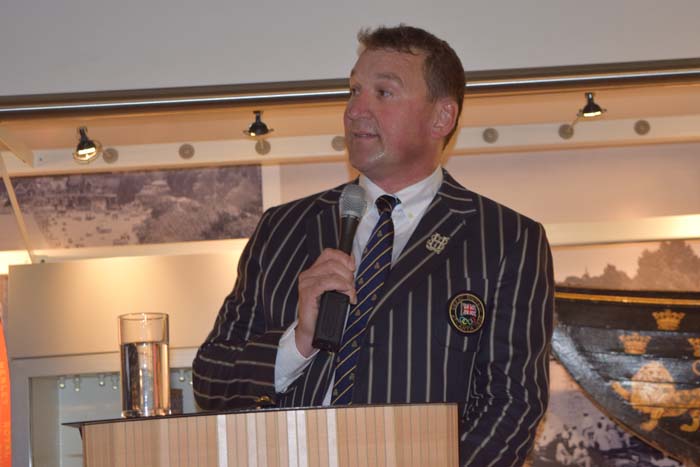 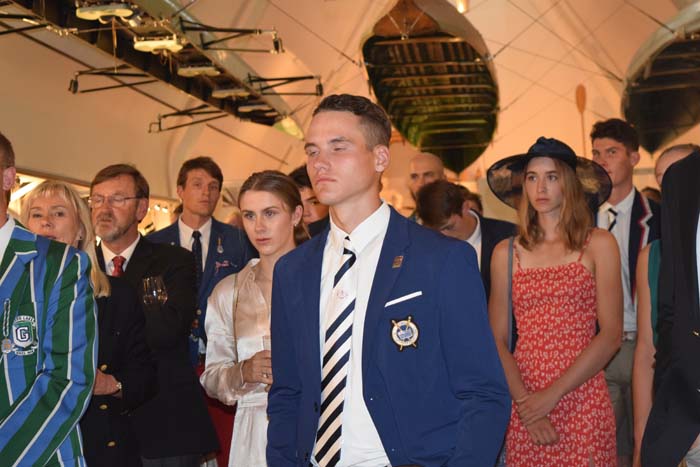 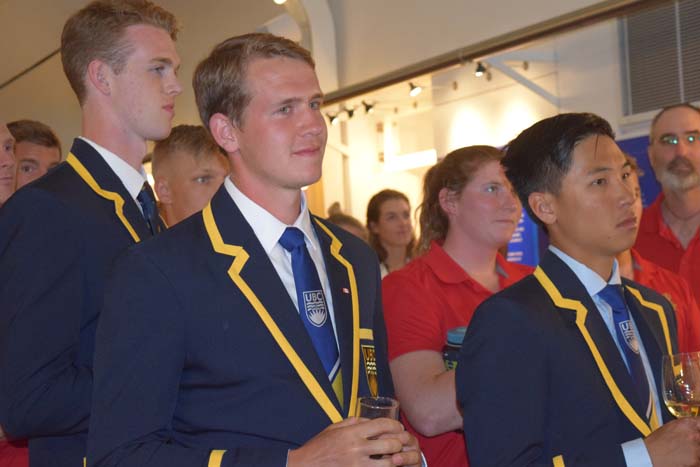 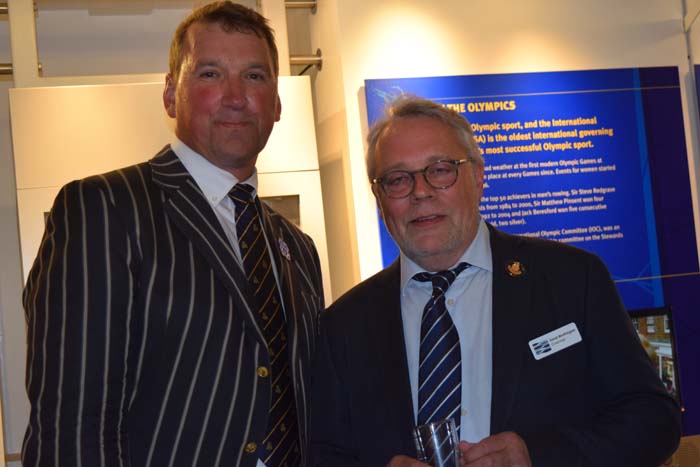 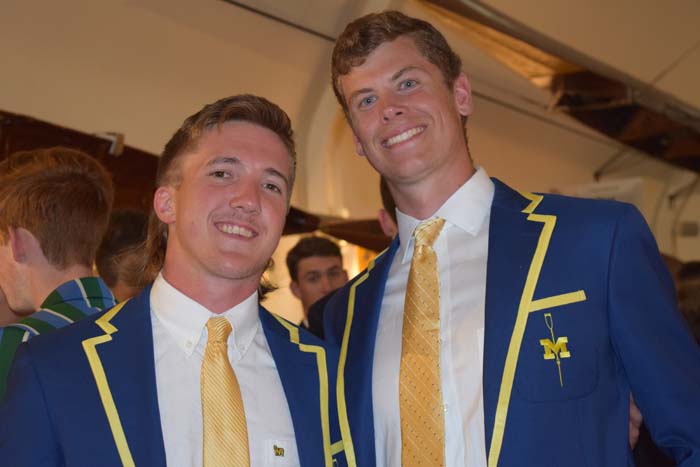 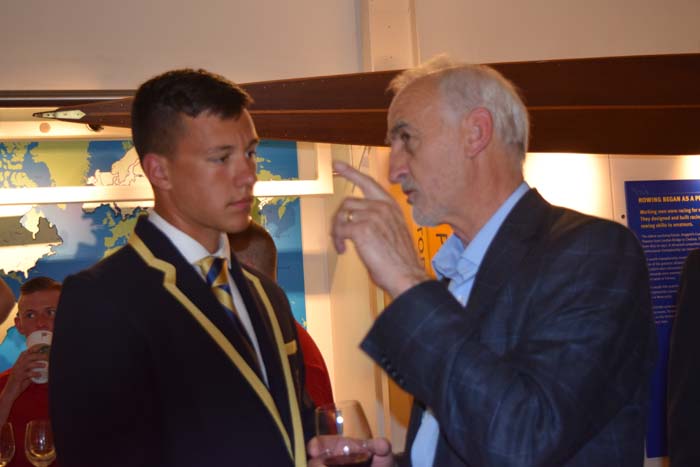 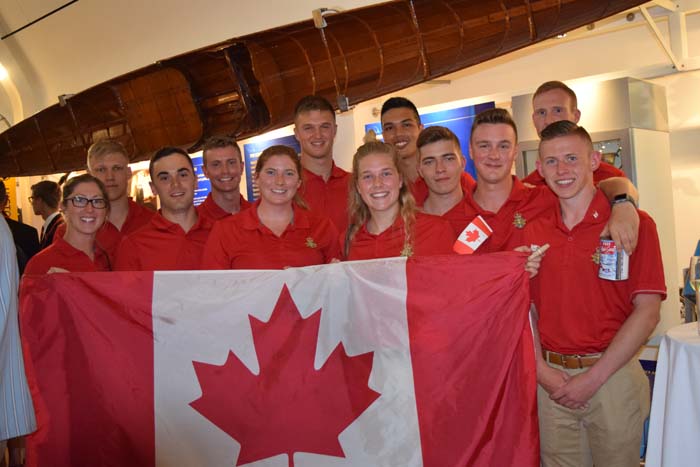 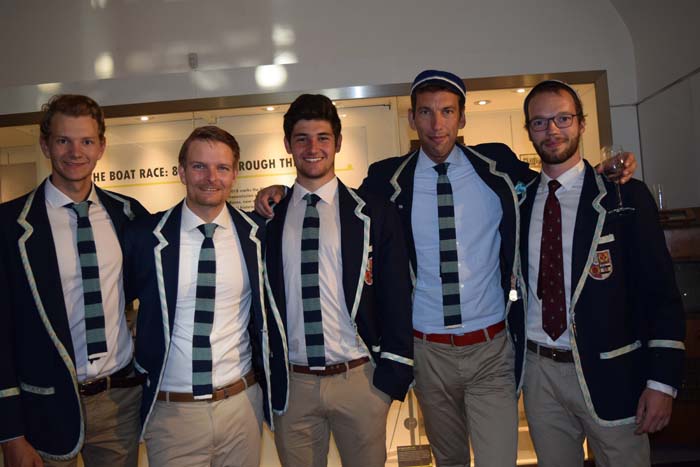 Overseas crews for Henley Royal Regatta were invited to the River & Rowing Museum last night (Monday) for a drinks reception.

David Worthington, Chair of Museum’s Board of Trustees welcomed the crews and invited them and their families to enjoy the Museum whilst they are visiting for the Regatta.  He also told the audience that the Museum would be unveiling a very special boat in the Autumn – the unbeaten boat which was raced in London 2012 by Helen Glover and Heather Stanning along with a very special piece of paper which is part of the origins of rowing.

Sir Matthew Pinsent, opened his speech by asking the crews to fill out the biography forms if they wanted the commentators to talk knowledgeably about their crew.  He did though say, “But please don’t fib on the form – if you’re competing in the Temple, we know you’re unlikely to have won The Grand, an Olympic medal or a Noble prize!  He then went on to talk about the commemorative centenary of the 1919 Kings Cup at Royal Henley Peace Regatta which will see mixed Military VIIIs from the original six nations of Australia, Canada, France, New Zealand, the UK and the USA, joined by Germany and the Netherlands.  After reading a part from official record of the 1914. Matthew welcomed the teams and added, “We are proud to have you here, not least of a commemoration but also a reminder that your service helps preserve the peace that we all enjoy.”  After giving advice on not rushing, having fun and savouring the moment, Matthew encouraged the crews when they were knocked out to go into the Stewards Enclosure to watch the racing, he commented, “If you get to watch the race from the little red mushroom seats nearest the finish, you will be closer to the spoon of the Berkshire side boat’s oars than the person holding the handles!  You will missing out if you don’t get to see one race from that angle.  From my own experience I don’t think it exists anywhere else.”

Adam Block from the Royal Military College of Canada who is competing in the Kings Cup said, “This is the first time the club has come to Henley.  It is a very exciting opportunity.  We are racing on Friday against the US, but we are definitely think we are up for it and we’re going to show what we are made of and I know that we will have some great fan support including by mother who is coming over to watch.” 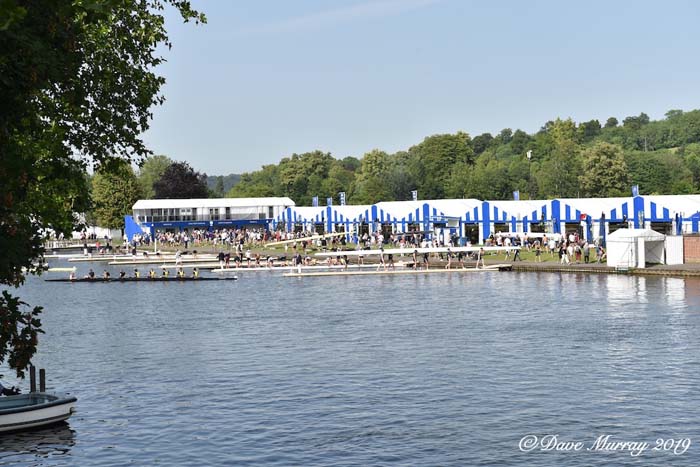 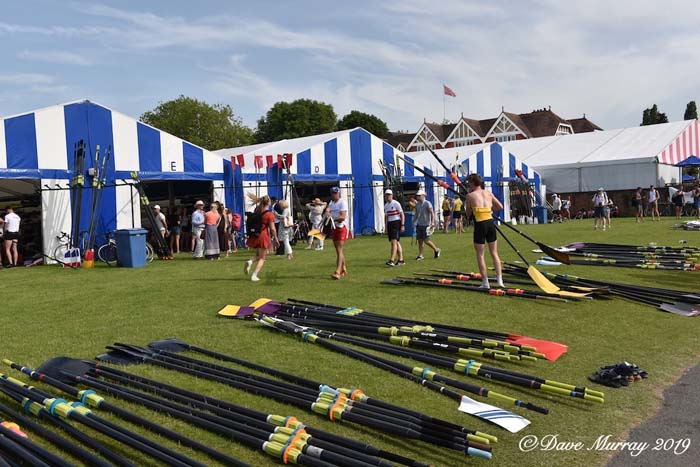 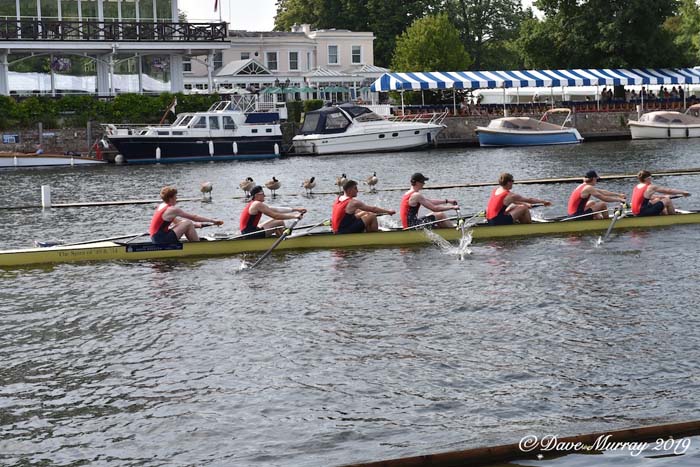 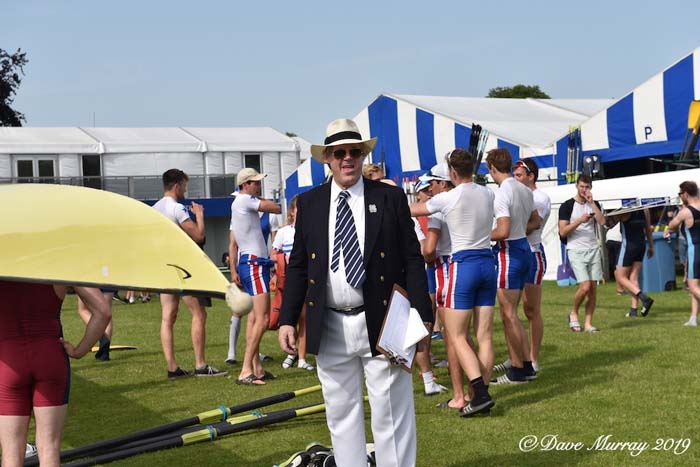 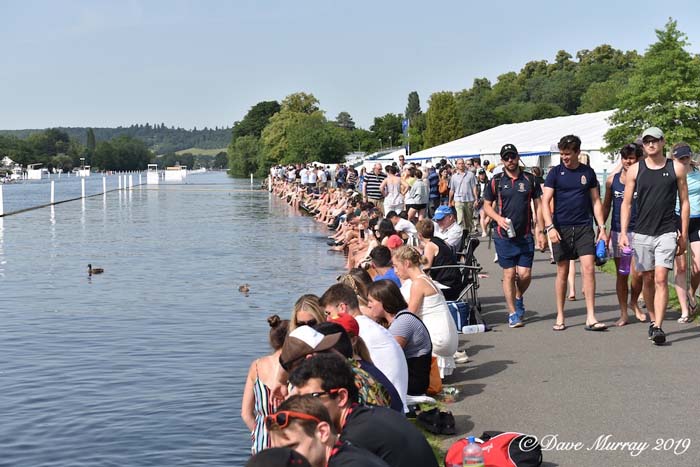 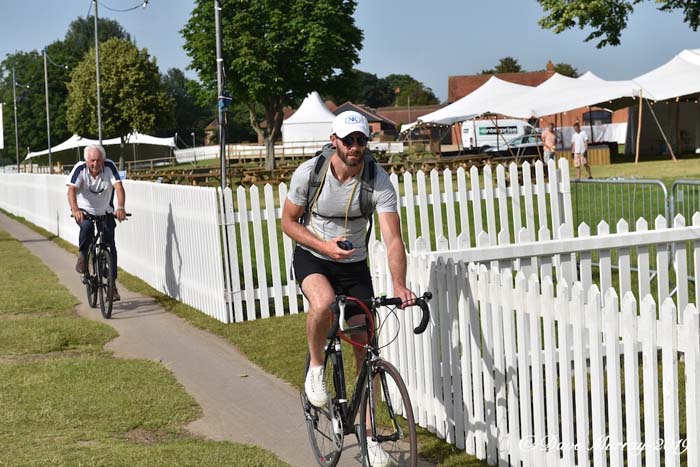 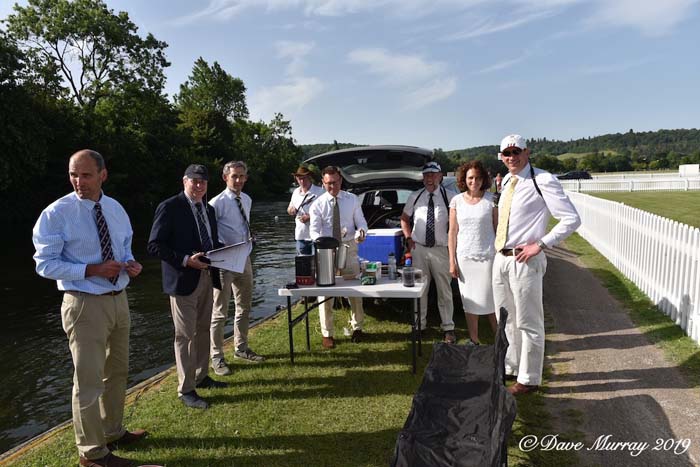 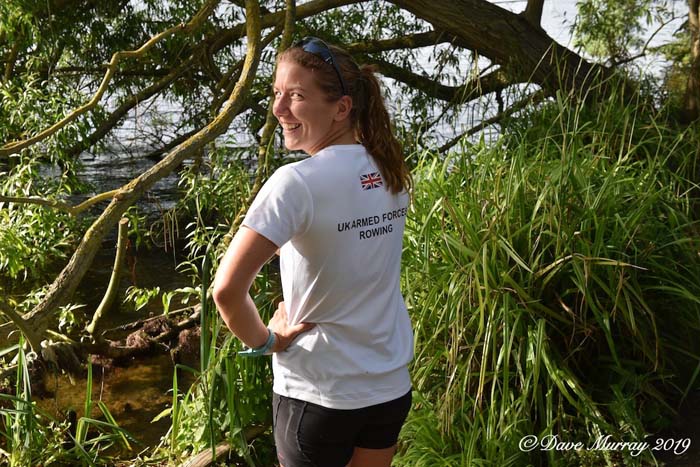 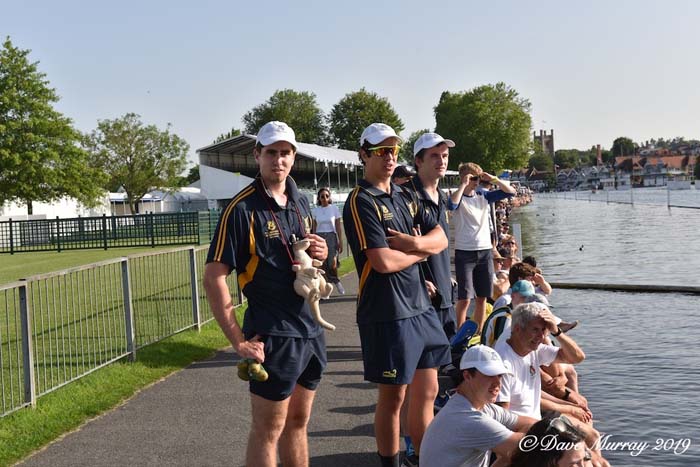 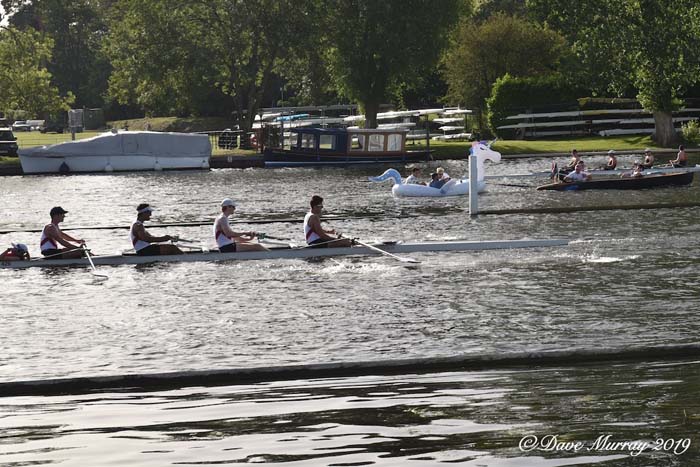 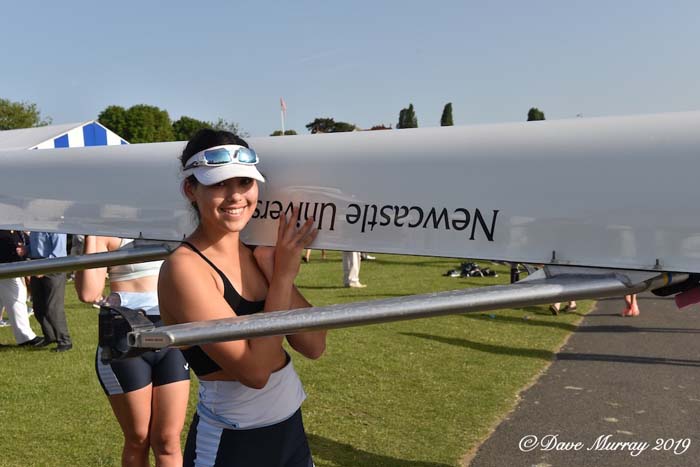 On Friday, the recording breaking 660 crew entries were reduced to 386 in the qualifying races.

In the Thames Cup, Upper Thames RC B qualified to join their A crew.  Leander Club crews qualified in the Visitors’ and Princess Grace and Henley Rowing Club’s  C crew qualified in the Fawley Cup to have 3 crews competing in this event and their B and C crews also qualified for the Diamond Jubilee Cup.

The draw took place on Saturday in a packed Queen Elizabeth II hall in the Town Hall by Chair of HRR, Sir Steve Redgrave from the Grand Challenge Cup for each of the 24 events.

Racing starts tomorrow at 9.00am.  To see the timetable go to https://www.hrr.co.uk/racing-timetable

For everything you need to know about the Henley Regatta go to our 2019 Guide at https://www.henleyherald.com/2019/06/03/2019-henley-regatta-guide-all-you-need-to-know/