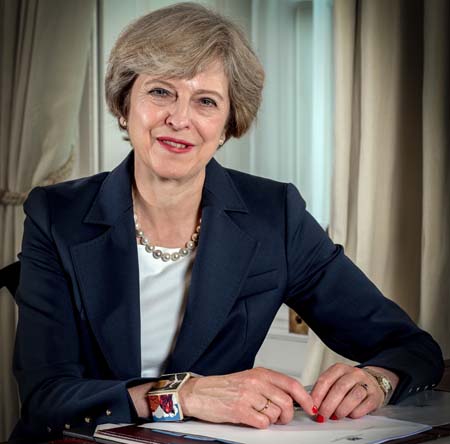 Prime Minster, Theresa May has accepted an invitation to appear at the Henley Literary Festival on 30 September to talk about books that have shaped her life.

She is scheduled to appear during the Conservative Party conference and even though she will have been succeeded as Prime Minister her appearance is a real coup for the festival. Harriet Reed-Ryan the Festival Director said,  “We are thrilled that Theresa May has agreed to come. We knew that she has a great interest in books because of her regular visits to the Bell Bookshop. I think the fact that she is coming shows what a strong link she has to the town and how she enjoys coming here. It will be a very special event. She will be the second former Prime Minister who has come to the festival – we had John Major here in 2012.”

Mrs May is one of a number of stellar new names appearing at Henley in the autumn. Poirot himself is coming in the form of the actor David Suchet, and the legendary cartoonist Gerald Scarfe will be here to talk about his career lampooning the great and the not-so-good.

Harriet, added, “We are lucky to have so many talented writers coming to the festival, not least those who have achieved in other fields as well as complete newcomers with debut novels. I think it is a really broad list with some terrific books that should keep everyone entertained and stimulated. We are hugely excited for what should be a tremendous nine days for the town with hundreds of extra visitors and coverage in the media.”

Tickets go on sale to Friends of the Festival on Tuesday July 16 and then to the general public on July 22. For more information visit henleyliteraryfestival.co.uk or call 01491 575948.