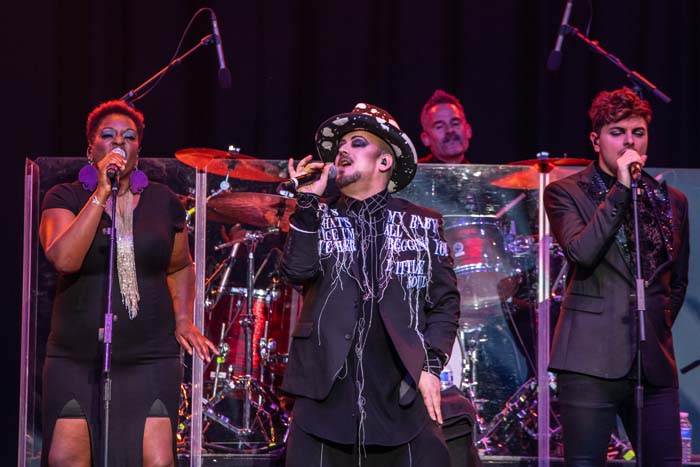 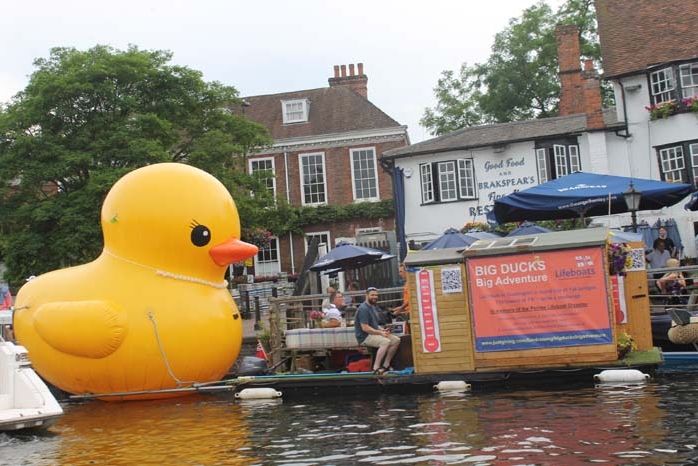 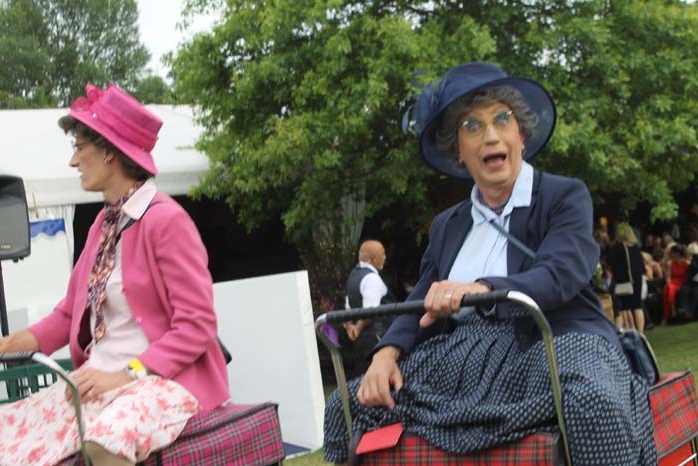 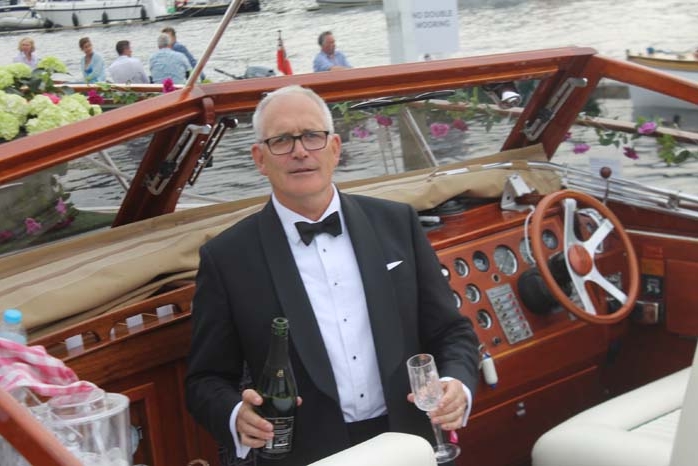 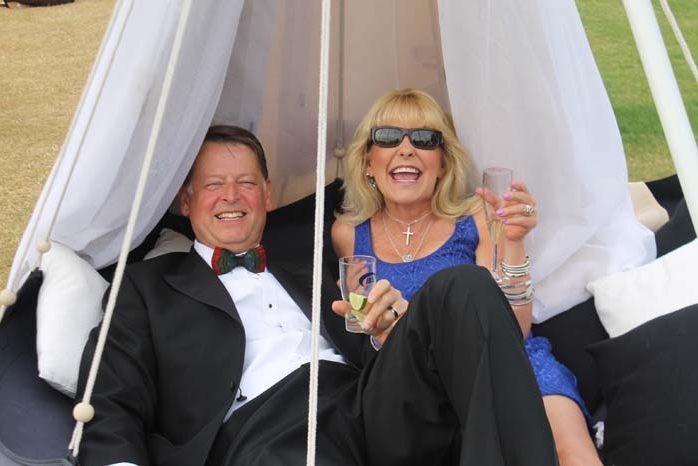 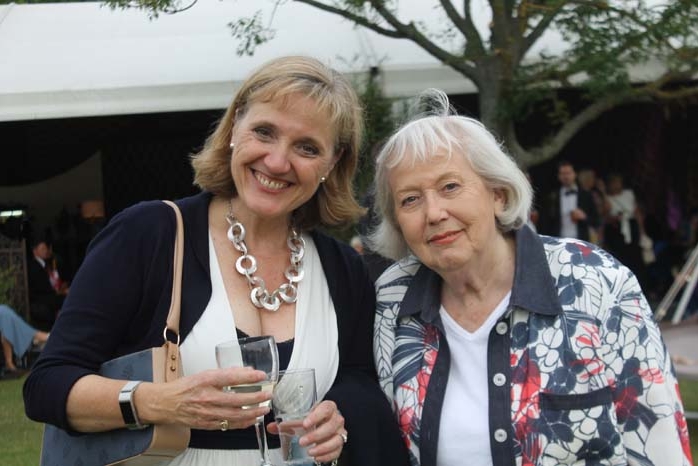 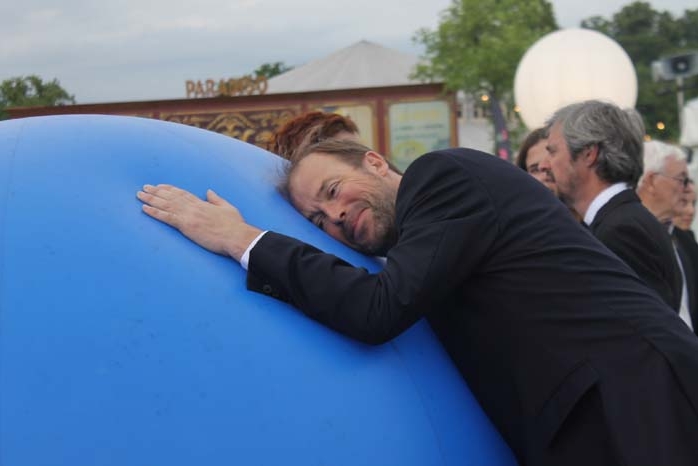 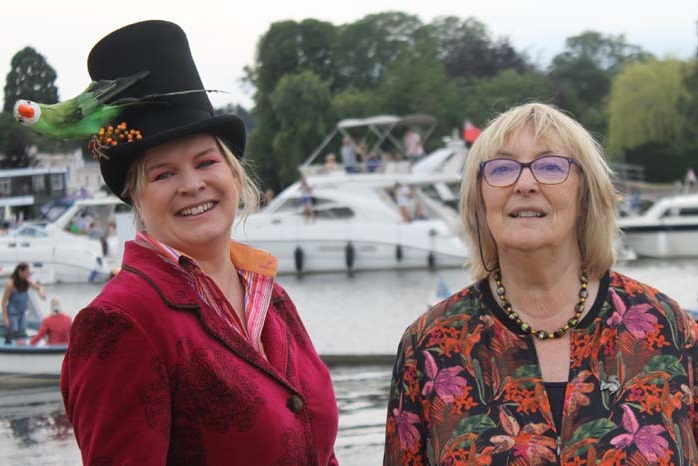 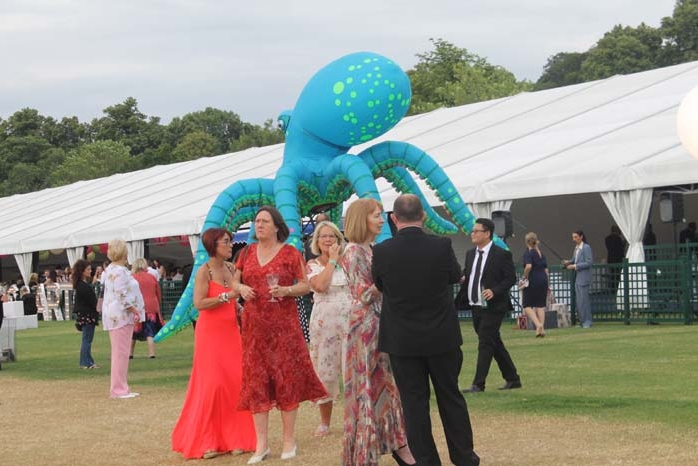 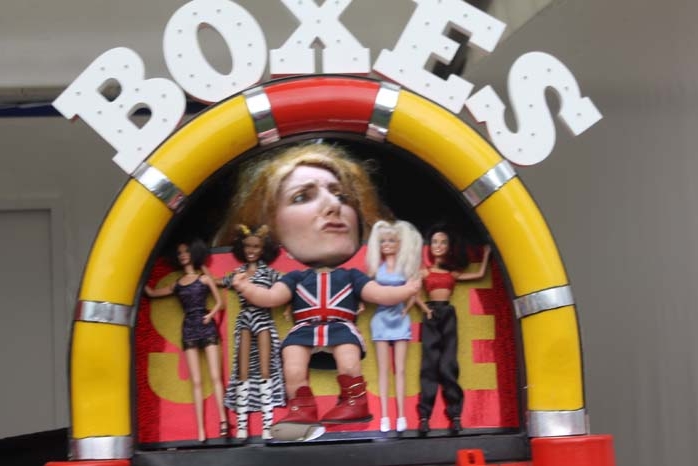 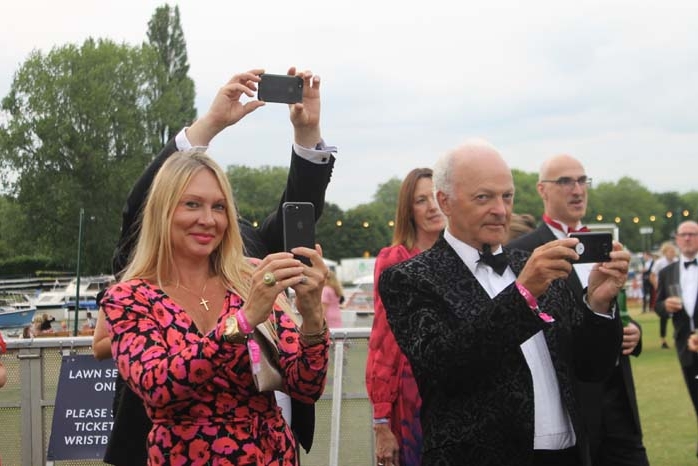 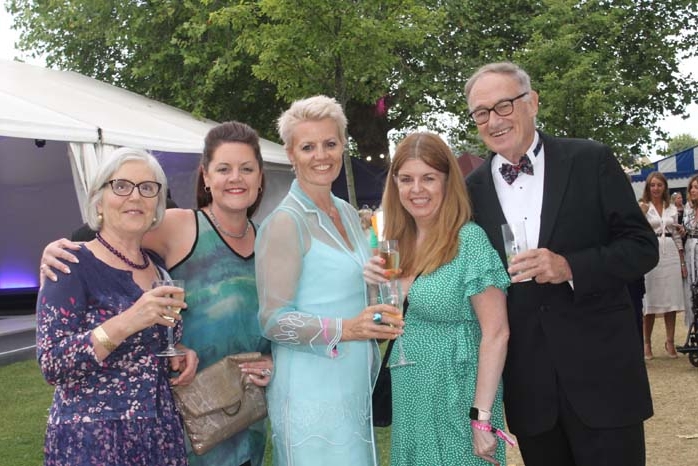 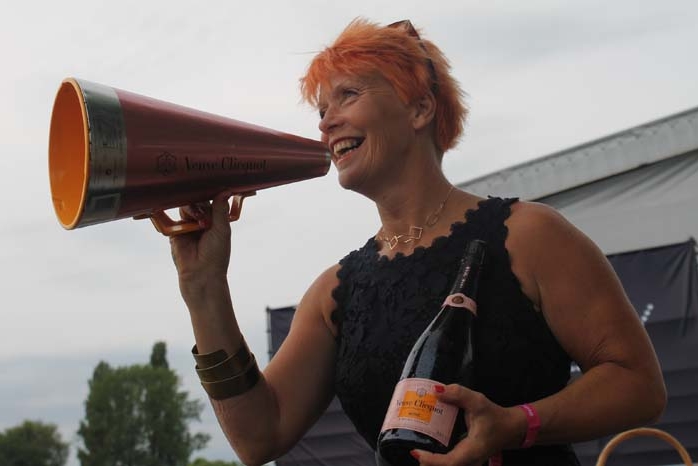 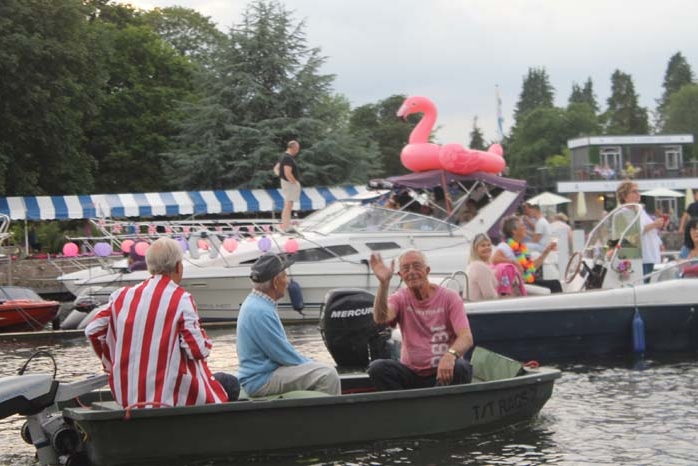 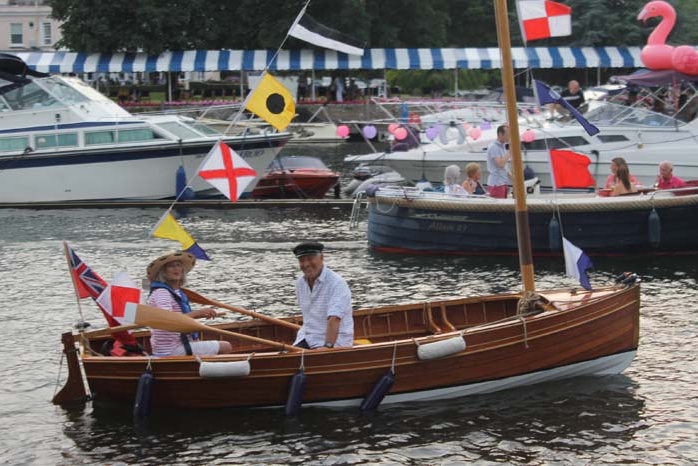 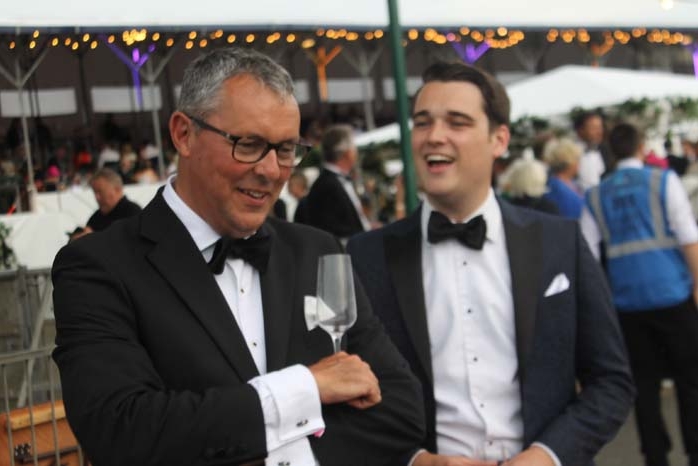 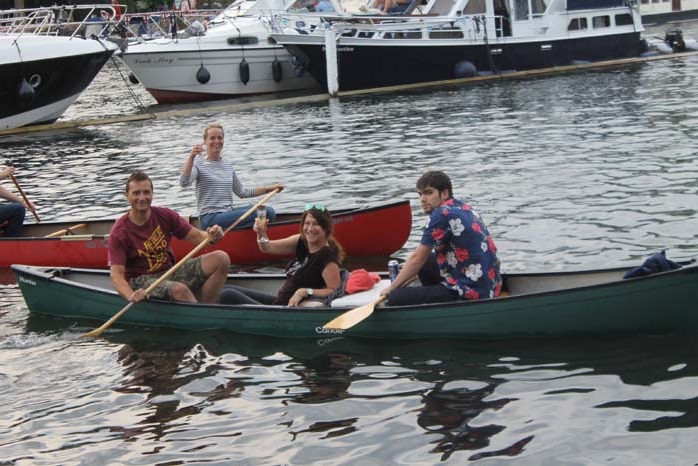 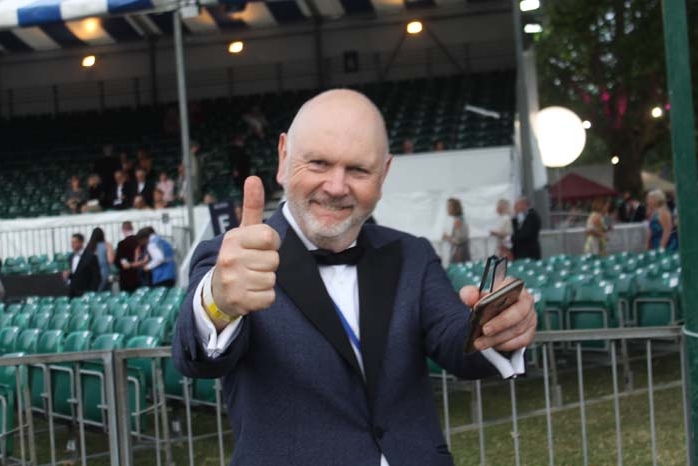 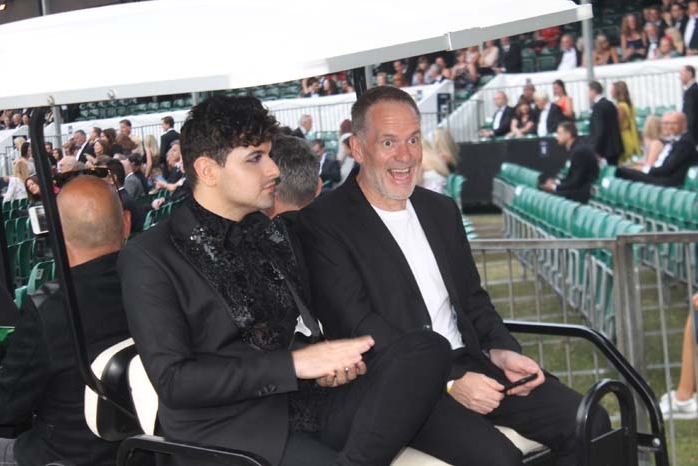 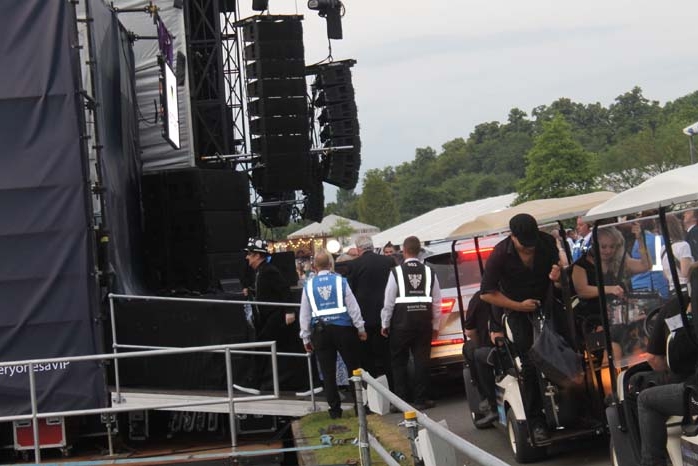 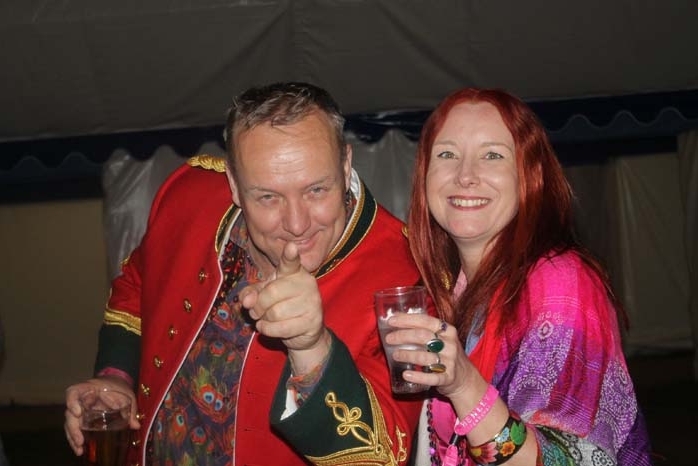 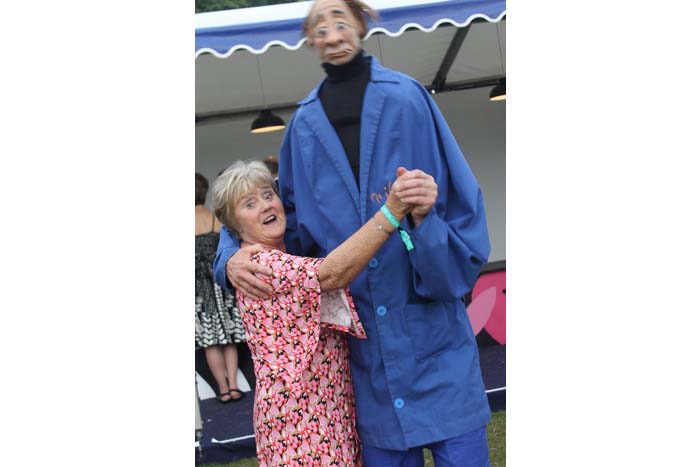 The first night of Henley Festival is always special and this year was no exception with Boy George headlining on the floating stage showing he’s still a got what it takes to put on a great show and entertain the crowd at our quintessentially black-tie music festival.

Opening with covers of David Bowie and Iggy Pop’s Funtime,  New York Woman and Bowie’s classic The Jean Genie, the legendary 80s pop singer quickly got the audience up on their feet dancing.  Afterwards he asked, “Are you ready to have fun? What a lovely place. You look lovely.  I understand your’re mental by this time!”

Before singing his next song Cheapness & Beauty, George gave a shout out and dedicated the next song to Christine and Cybil in the audience who had come from Australia to see him.

George then performed the first Culture Club classic of the night, It’s A Miracle from 1993.  Afterwards he moved to the left of the stage and commented “Lovely dancing people on this side”, before moving to other side and saying he same thing!  He also shook the hands of a few lucky people in the front row.  Someone also asked him for his hat, he replied, “If I can have your home!”

Everything I Own (originally sung by Bread) which George made his own and became a UK Number 1 hit in 1987 got the crowd singing along.  George also entertained the crowd with his dance moves during the song.  This was followed by a medley of Bigger Than War , The Rolling Stones’ You Can’t Always Get What You Want and Lou Reed’s Walk on the Wildside.

Next up were two more classic Culture Club hits – Let Somebody Love You, and Time (Clock of the Heart).

George was then joined by the brilliant Mary Pearce to sing Runaway Train which he originally recorded with Gladys Knight.  Mary certainly had a voice to match that of Gladys.

Before the next song, George told the crowd: “We’re going to go back to the very beginning, to 1982. I’m not a big fan of nostalgia  It’s in the past, it’s no good to me now is it?” He then launched into Do You Really Want to Hurt Me? followed by the Culture Club’s biggest hit, Karma Chameleon, and finished the set with T-Rex’s Telegram Sam.

After going off, George returned to sing an encore of Life, the title track of Culture Club’s album released last year, and a cover of Get It On, also by T-Rex.

Before the encore George said some very poignant words, “I sincerely hope you have someone else to inspire you to be yourself.”

Throughout the show, George’s distinctive voice was strong and he engaged with the audience to their delight.  A superb show for the first night.

Everyone gets dressed especially for Henley Festival.  Big Duck got dressed up again this year too – donning her diamond and pearls plus eyelashes she made her own fashion statement!

For the first time the Herald Editor, Michaela Clarke enjoyed arriving at the Festival on a boat, thanks to an invitation from Simon and Annie Arscott.  Thanks for your fabulous hospitality especially those canapes!