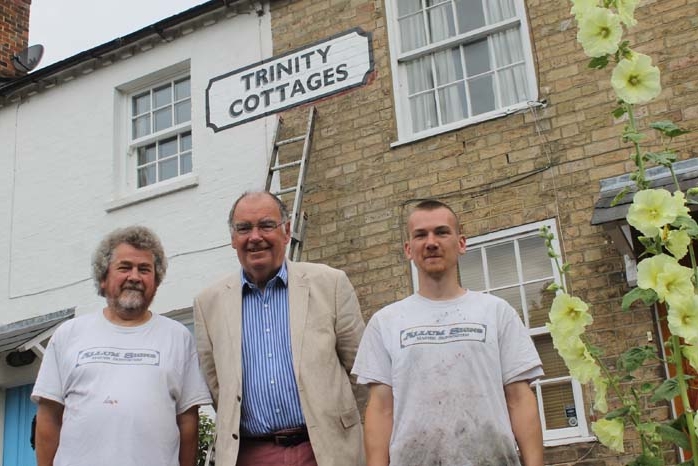 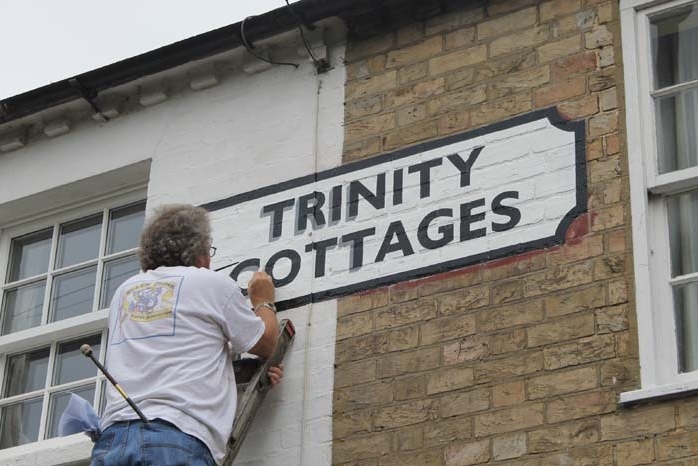 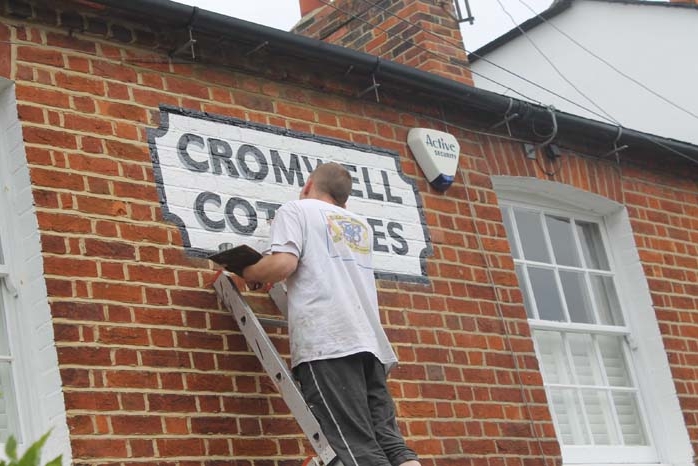 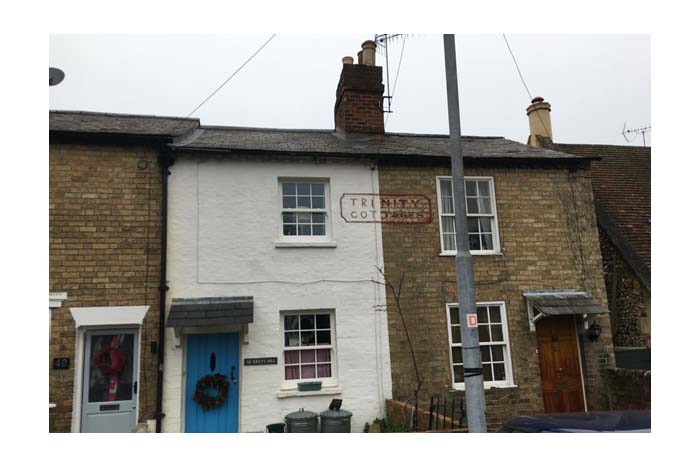 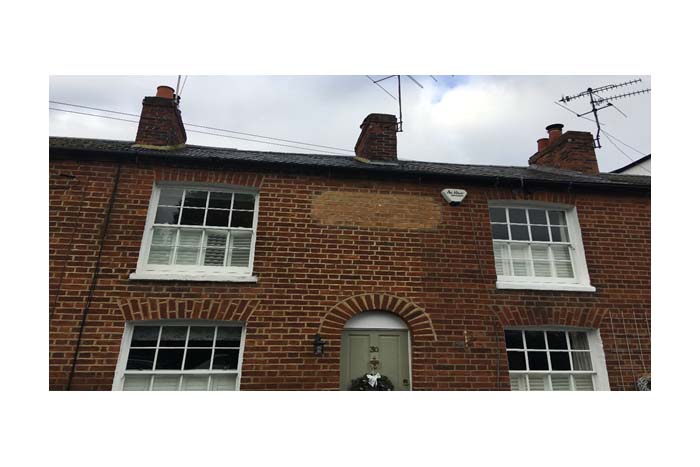 After reading a post on Facebook about the old painted house signs on Harpsden Road which have faded, Geoff Luckett a Henley resident and a member of The Henley Society thought that this would be a good project for the society to look into.

Geoff said, “It sparked a bit of interest on Facebook and Councillors even responded so I thought perhaps there is something in this.  So when I went to my next Henley Society meeting I raised the possibility of whether this could be something we could get involved in and maybe as we had a little money in our funds, we might pay for the first three which the committee agreed to.”

The first two signs on Trinity Cottages and Cromwell Cottages in Greys Hill were started at the end of June and have been completed last week.  The properties date from the early 1900s and are listed so building consent has had to be applied for and approved. Brian and Tom sign writers from Allum Signs in Woodcote have been commissioned to repaint the signs.  Brian said, “This job is quite unusual these days as most people just paint over them.  I haven’t done one of these since the 70s.  It is a really difficult job as the brickwork is full of holes which makes it very difficult to get a full flow stroke on the lettering. It is a very slow process.”  Asked whether people have stopped by to comment, Brian added, “I had one chap stop and ask how much it cost as he said he had one on his wall.  I said you never you might get yours done.”

Henley Mayor, Councillor Ken Arlett thanked Geoff at the last Full Council meeting for the work he was doing.  Geoff added, “We think it is important that the historic interest should be maintained and this is one way of doing it. We want our children to see these signs and to keep the historic heritage element of the town going.”

Giles, another Greys Hill resident who was passing whilst we were visiting commented, “It’s a really good idea and the new signs look really nice.  I’ve lived here for about 12 years and always wonder about the history of the houses as they were all built at different times.  A great way to maintain the history.”

Geoff has identified 17 sites where the signs have faded or degraded and thinks the total project cost will be around £10,000.  So far he has raised about half the money required and is looking for donations to complete the project. Can you help?  Please get in touch and we’ll put you in touch with Geoff.