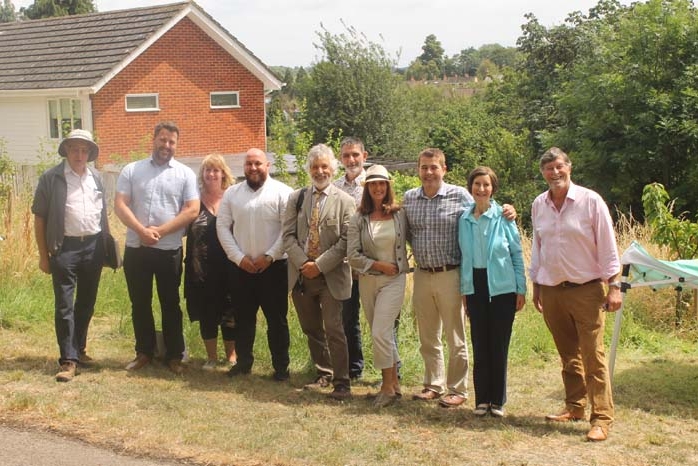 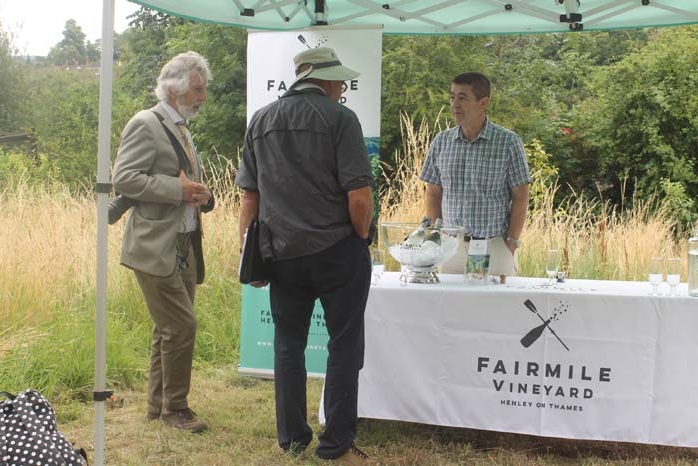 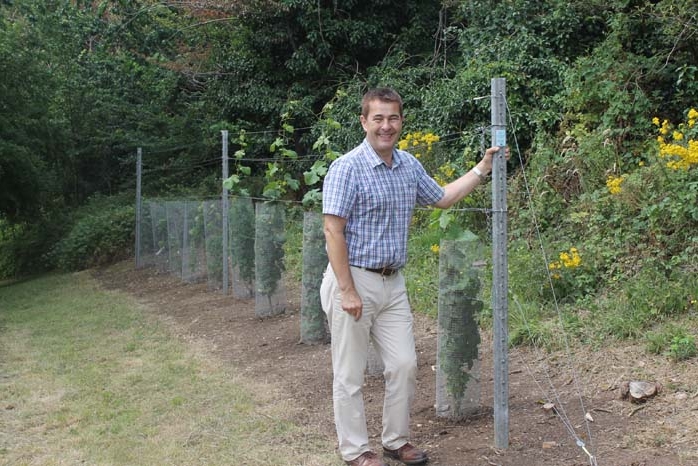 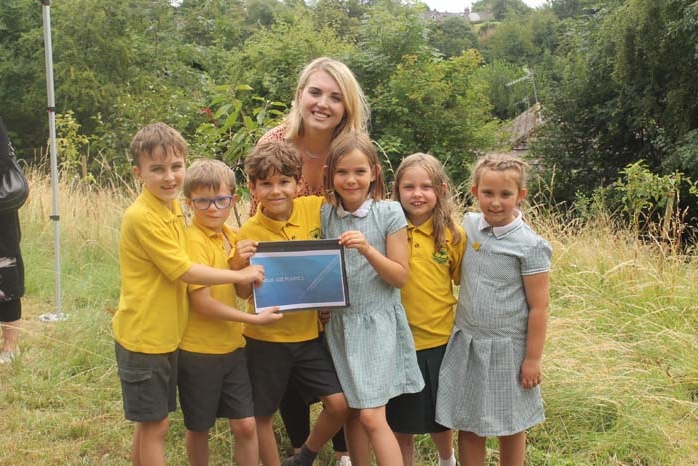 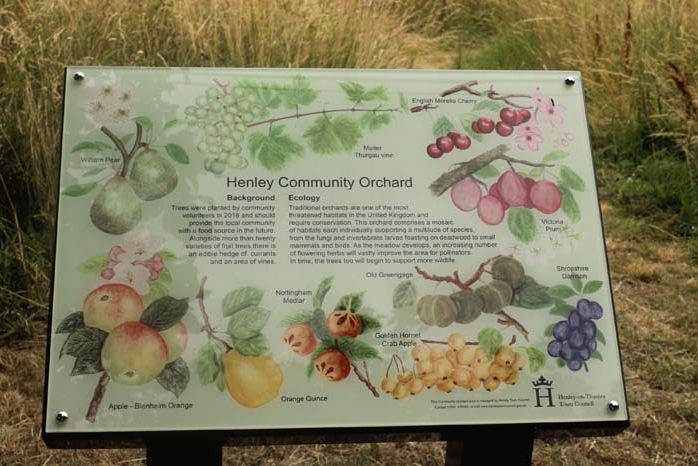 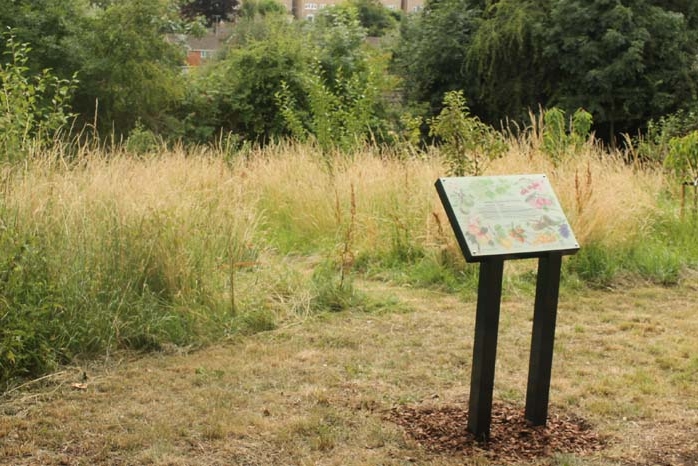 The Henley community orchard at Paradise Road was one of several sites being visited yesterday as part of the Thames and Chiltern in Bloom judging tour.

The tour began at the ‘green wall’ on the Leichlingen Pavilion at Mill Meadows, and included the Marsh Meadows wildlife area, a trip down the river thanks to Hobbs of Henley, Greencroft allotments, Freeman’s Meadow, the Forest School at Badgemore School before ending at the new community orchard.

Henley has been awarded Gold in the regional awards six times.  The town didn’t enter last year due to the sad loss of Parks Services Manager, Gareth Bartle.

Pete Thompson and Norman Parker were the judges this year. They were in Henley judging 3 years ago, and were pleased to be back. Norman Parker said, “I have been a judge since 2008, judging the ‘towns class.’ I was up at 6am this morning to be here, but it’s been a great day. We are looking at community involvement, environment and horticulture and a bit less at horticulture this year. It is such a privilege for us to come and see the town again, see all what the Park Services team and Garden Buddies do, and see how the community get involved, it is lovely to see the children here too.”

In attendance were Year 3 children from Valley Road School, who came to look around the orchard, meet the judges and talk to them about their school project on the environment, specifically focused on single use plastic which they won the Henley Schools Environmental Science Competition in June. Jan Mirkowski, owner of Fairmile Vineyard, was also present, and provided a glass of their products for all involved to enjoy. Jan has vines growing in the Paradise Road Orchard, and said “I think the vines are doing really well here, they should hopefully be ready for production next year.”

The Vice Chair of Henley in Bloom, Councillor Kellie Hinton, said ‘I’ve been doing this for 8 years now, and I think this year has gone really well.’ Karl Bishop, the Parks Manager, went on to add, “I’ve been doing this for 15 years, it’s great to have the judges here again and especially nice as both of them have been to judge Henley before.”

The judges issue each town with either a gold, silver gilt, silver or bronze award, with the winning town receiving a plaque. Each town is allowed 3 hours to showcase select sites, with this time also including 15 minutes for press and 15 minutes for a presentation at the end of the day.

Judge Pete Thompson said, ‘I live locally, and attended Henley Grammar School which is now part of Henley College and just behind this orchard. Either myself or Norman will come back next year for continuity, to see how things have progressed in Henley. It will be great to see this orchard then, and how it has developed.’

Caroline Langley, a Henley resident and Henley in Bloom sub committee member said, “I have been a member since 2012, and although this orchard is a little tucked away, it is a wonderful addition to the town. I think there’s about 20 new trees in this orchard and it will be even better once it’s grown a bit more. I don’t know if the fruit is available for the public to pick, but I’m sure it will be lovely!”

The judges next stop is Amersham today. In September, there will be a formal presentation in Woodley where each town will be awarded a score out of 100, and the awards announced.

Worried About Your Teenager Getting into Trouble, Drinking Alcohol and/or Taking...
Scroll to top