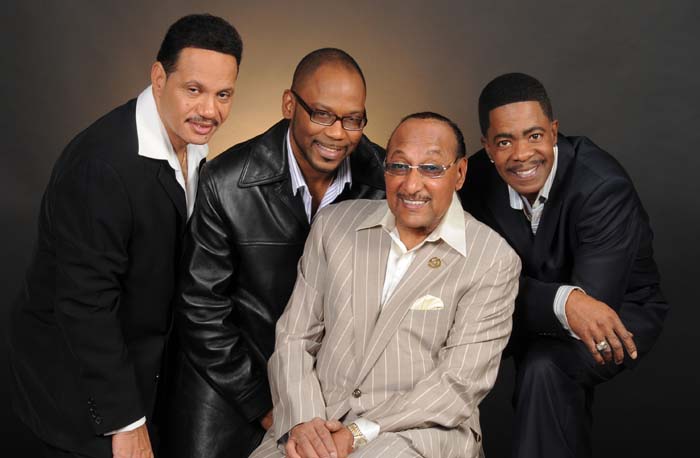 Abdul “Duke” Fakir, aged 82, founding member of Four Tops, from 1953 to the present day and the group’s lone surviving original member will be performing at Rewind in Henley for the first time this year along with Ronnie McNeir, Harold Bonhart and Lawrence Payton Jr.  We caught up with him ahead of the festival which starts on 16 August.

How did you feel when you were approached to play Rewind for the first time?

I’m very excited about it and can’t wait to get there.  I’m looking forward to seeing what it’s like and I’m anxious to get there.

What are you looking forward to most at your first Rewind/performance?

I’m hoping it’s a large crowd – that would be just a lot of fun.  We will be playing our classics and maybe a couple of other things.  Looking forward to seeing how many people come out and watch.

Oh I didn’t know about that.  They did mention that everybody dressed up but didn’t tell me what sort of dressing up.  That’s going be fun.  Maybe we could dress up in our 70s/80s things.   I’m going to have to think about that and give that a lot of thought.  I’m glad you’ve mentioned it!

What should the fans expect? Will we see the classic tour tops dance moves?

I don’t dance like I used.  I’ll be up to make some moves but we’ve got some young pups with me that will work it out.

What has been your biggest career highlight and why?

Wow there are so many highlights.  We are very fortunate and have been blessed. It’s pretty hard to pick just one but being included in the Rock and Roll Hall of Fame is quite an honour beside your peers.  Probably one that stands out for me than that was a Life Time Achievement Award from the Grammys.  That was very, very special.  It tells everybody about your whole career that you’ve been part of.  We never got a Grammy for any of our hits so that made this extra special.  It’s difficult to pick between the two.

What’s your favourite Four Tops song and why?

Baby I Need Your Loving.  Because it was our first hit and it was life changing. It’s also great number to introduce yourself with.   People know it and it’s good song.   It’s means so much to me.  It definitely changed our lives completely.  When it came out, there was a group in England that recorded it too.  We had to do a lot of promotion to quieten them down and let ours go full steam ahead.

What was your favourite thing from the 80s and why?

I built my home in the 80s in Detroit and I’m still in that home now. It was so special to be able to do that because when I was kid I used to walk and drive by the place and in the 80s we found a lot that was vacant and I pursued it and built a home and my wife and I are still very happy there.  It was the greatest thing that happened for me personally in the 80s.

Over the years have you changed anything you do before coming on stage – what did you do back then and now?

When I was younger I used to drink hot sauce.  I now drink warm water with honey it.  We always rehearse before the show for about 15 mins to get our vocals chords warmed up.  We always say a thankful prayer (that hasn’t changed) and I say afterwards let’s go out and have some fun.  We always like the audience to be part of our show.

How long will you continue to tour for?

There’s no limit.  As long as I physically can and can sing and hit those notes that I need to hit.  I’ve had to cut back on the dancing.  As long as I’m enjoying it.  My voice hasn’t changed that much.  I think I’ll do it until I drop!

There are still some tickets available to buy for Rewind in Henley, go to https://south.rewindfestival.com/tickets/