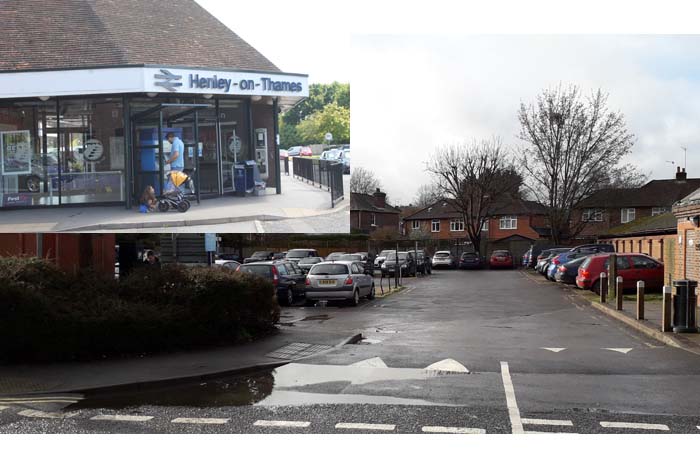 A survey on the usage of the Henley train station car park has been carried during June on behalf of Network Rail to support the proposed development of a 100 bedded hotel on the area opposite the train station entrance.

The survey was carried out over 3 days (Wednesday 5, Thursday 6 and Saturday 8 June).  The car parks currently provide a total of 321 spaces. The survey showed the maximum existing demands at any one time was 260 cars (81%) with the peak during the middle of the day with a significant drop-off from the early evening and overnight.  Approximately 65% are rail users with the remaining associated with those visiting the town centre/local businesses or contractor parking.  The coach parking area was also recorded during the survey and showed a maximum of just 1 coach at any point during the survey.

The hotel development would remove 130 existing car park spaces and would re-provide 70 plus 42 additional ones would be reconfigured from other Network Rail land.

The car parking provision post development proposed is 303 (a loss of 18 spaces) and 2 spaces for coaches.

The survey was discussed at the Henley Town Council Planning Meeting last night (Tuesday) and afterwards Chair of the Committee and Henley Mayor, Councillor Ken Arlett said, “We will be writing to formally object to the observations made.  The survey was only carried out for 3 days, the current usage is quite high and we don’t agree with the statements about hotel guests leaving first thing in the morning.  A survey was completed 5 years ago that stated it only 15% of the spaces were used.  In just five years, this has increased three-fold and although they have stated only 18 spaces will be lost they have not accounted for extra required for the hotel guests.”

Ken and County Councillor Stefan Gawrysiak had a meeting with Sue Cooper. Leader of South Oxfordshire District Council and David Rouane, Cabinet Member for the Environment on Friday to look at the Greys Road and Kings Road car parks.  They saw first hand the cars going round and round the car parks.  They also inspected the dreadful toilets in Greys Road which were due to refurbished in 2014.  SODC make £700K from the car parks each year.  Ken has asked to see the accounts and where the money is being spent and said that money should be reinvested in them.  He has also raised why the new paying machines don’t stop those people who are feeding the meters (many who work in the centre of town) by recognising their number plates and not allowing them to purchase another ticket.

What do you think?  Would a new 100 bed hotel bring the footfall we need to the town to help the retailers?  With the new Gardiner Place retail space open next year and more homes being built, should the infrastructure of our car parks not be invested in first?  Leave your comments below.