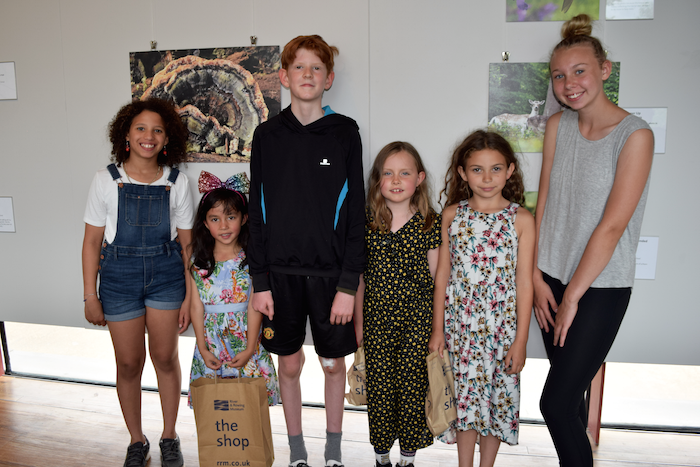 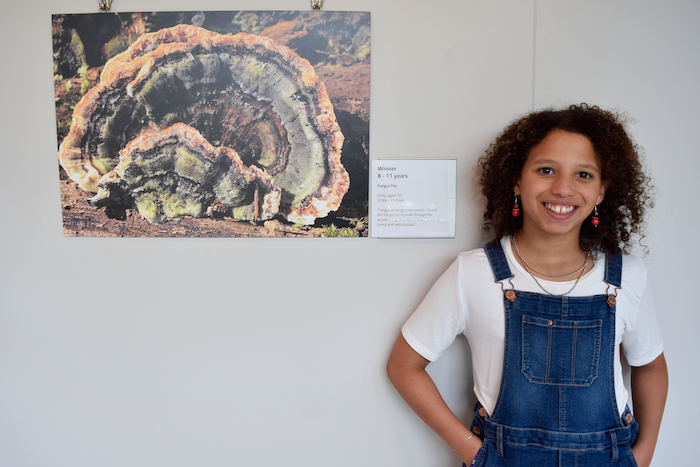 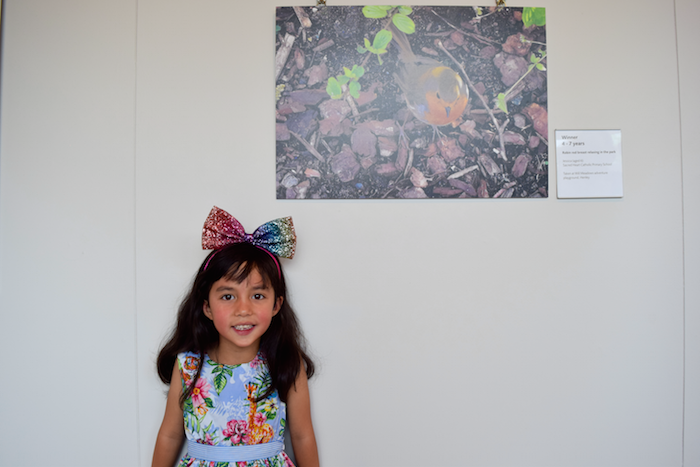 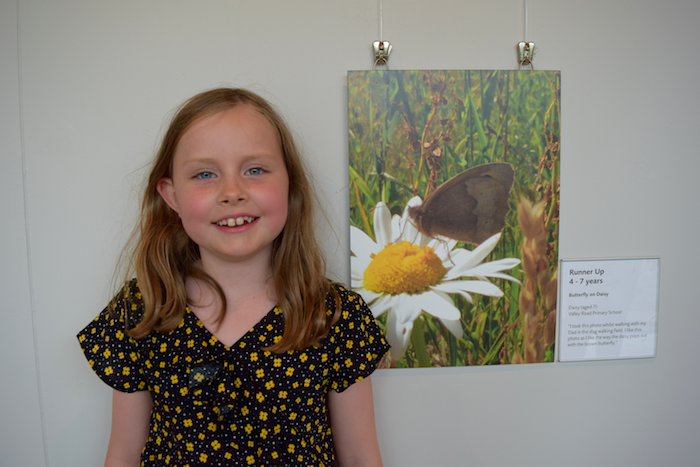 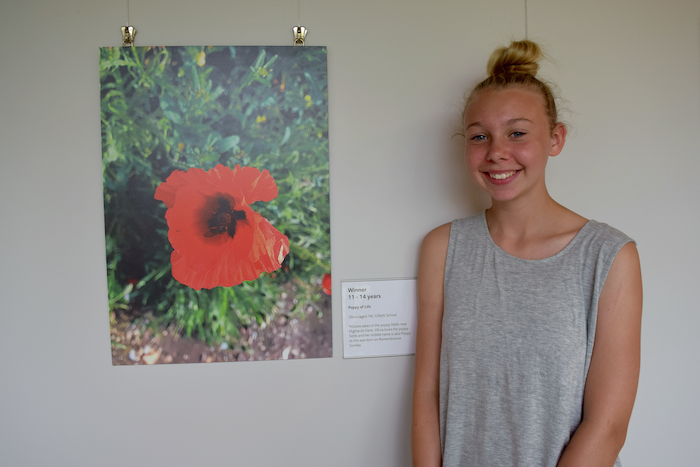 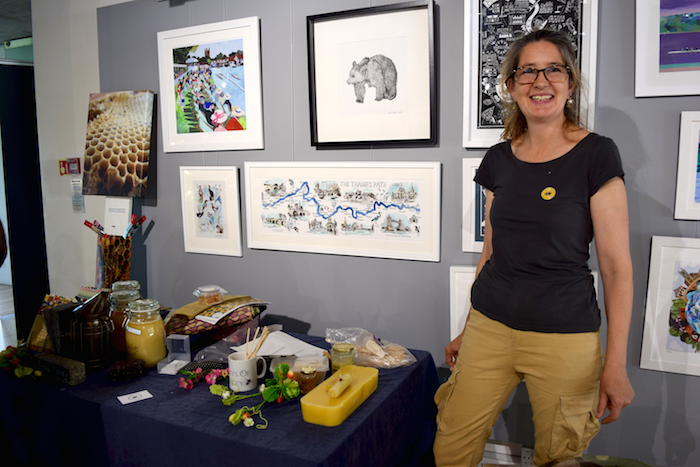 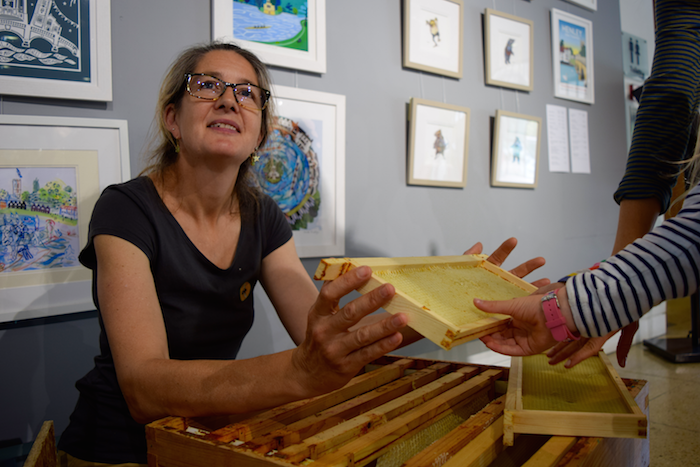 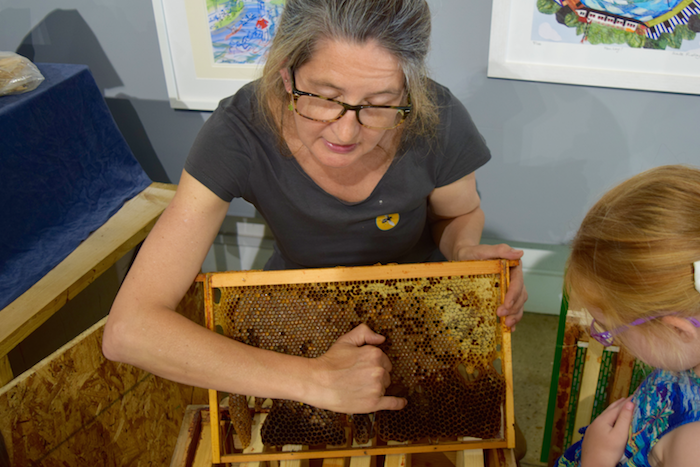 The River & Rowing Museum celebrated the beauty of nature on Tuesday with their Wildlife Photography Competition’s prize-giving ceremony. The ‘Nature On Your Doorstep’ contest, open to children aged 4 to 14, encouraged budding young photographers to get outside and marvel at the wonders of wildlife. The striking collection of images — of birds and insects, flowers and trees — captured the magnificence of Henley’s natural surroundings.

This was the first year of the River & Rowing Museum’s Wildlife Photography Competition, one which saw an influx of creative entries. The contest was divided into three age categories: 4-7 year olds, 8-11 year olds, and 11-14 year olds. Although part of the natural world, entrants were not allowed to take pictures of their pets or cultivated gardens, instead having to focus on the wild spaces and creatures they could find in Henley. One winner and two runners up were chosen from each category, although the decision turned out to be far more challenging than expected!

Helen Cook, Head of Learning at the museum, said on Tuesday, “We were very open to ideas of what people would take, but we were particularly struck by ones that would’ve been quite difficult to capture. It might be an insect or animal that would move very quickly, or ones looking at nature at an unusual angle. Those were the ones that really stood out to us as the winners. It was a very difficult decision, and all of you should be very proud that you were winners and runners up because it was actually very hard for us to choose.”

The winning photographs, along with a selection of outstanding entries, are now on display in the Community Gallery for all Museum guests to see. At Tuesday’s prize-giving, the winners and runners up got an exclusive first look at the exhibit, where they could see their images hanging proudly on the museum walls. If this wasn’t enough of a reward, the winners and runners up also received wildlife-themed goodie bags for their efforts.

Olivia (aged 14) was victorious in the 11-14 category for her photograph of a stunning red poppy, taken in the field next to her house. Aware of the significance of the flower, Olivia commented, “Poppies are a world flower and it represents the war, and brings back those memories.” Having been born on Remembrance Sunday and given the middle name ‘Poppy’, the flower also holds personal significance for Olivia.

Emily (aged 10), who won the 8-11 year old category for her colourful close-up of tree fungus, revealed the story behind her photograph. “I was on a walk with my mum and we were walking through the woodlands, at Woodlands Road, and we saw loads of different fungi on that walk, and I found that one really interesting. It was so colourful that I noticed it, because it looked so cool,” she said. “I had to bend right over to get the photograph. My art teacher was teaching me about how to get nice photos like this, doing close up photos, telling me that you should position yourself.” Speaking about why she chose the fungus, Emily said, “It seemed like the most interesting, and a lot of the flowers I took were in plant pots along the side of the roads and in people’s gardens and stuff, so I chose one that I definitely knew wasn’t on anyone’s property, and this was definitely one of the most interesting ones.” Emboldened by her win, Emily hopes to enter the competition again next year.

Whilst Emily claimed the victory for her impeccable eye for framing, Jessica (aged 6) won the 4-7 year old category for her shutter speed! Capturing a robin looking for worms, he blew the judges away with her ability to shoot such a fleeting moment. Jessica explained that she had to take a lot of photos on her mum’s iPhone before she snapped the winner. Similarly, in the 8-11 year old category, 7 year old Daisy was awarded a runner up title for her image of a butterfly on a flower — another challenging creature to catch in focus. Reflecting on why she entered this photo, Daisy said, “The butterfly is on it, and it’s really rare to catch a butterfly because they fly away really quickly.” She added, “I’m really, really happy.”

Whilst the photographers admired their work in situ in the Community Gallery, the nature theme continued into the River & Rowing Museum reception with an appearance by Honeys of Henley. Local bee-keeper Jo Eddon, who co-owns Honeys of Henley with her husband, Nigel, gave children a hands-on education in bee-keeping and honey production. Jo took her audience the different components of a hive, showing them the differences between the super frames (where honey is stored), the brood frames (where larvae develop) and the virgin frames (before the bees have created wax combs). The children were invited to touch the frames and lick their fingers, although there was also a proper honey sampling session to taste how honey flavours change with the seasons.

Jo said about the morning, “It was really nice to share with the children; they all had some really great questions, like where do your bees live, what happens in the winter time, what happens to bees when they die. We talked about differences between summer lifespan and winter lifespan, because it’s very different because of how hard they work. We did the propolis test, which is my favourite thing – I’ve got a big tub of propolis, which is what the bees gather to keep their hives hygienic. It smells very funky. It’s like marmite. Some people absolutely love it, and some people think it’s disgusting. Most of the children screwed up their noses and gave me a thumbs down, but most of the grown ups gave me a thumbs up, so it’s one of those things that maybe it’s acquired.” She continued, “We make it really sensory for them. They take a lot of information in, but whilst they’re busy touching things, and smelling things, and the brain is absorbing lots of really good info. It was well worth it, and it compliments what they have here are the River & Rowing Museum.”