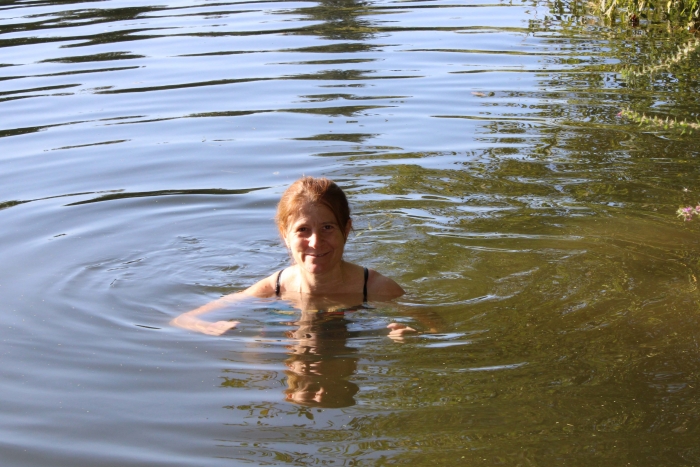 Kate Goodman was invited to join Henley Open Water Swimming Club (HOWSC) but during her first swim in the river she realised she was having a panic attack and these continued to occur each time she swam.  Not wanting to give up she decided to set herself a huge challenge to overcome this – to swim in open water (river, lake or sea), wearing just a swimsuit, every day for a year.

Kate hadn’t really done much swimming since primary school when she was invited by a member of the HOWSC.  She said, “I was invited in July 2017 when I was with a group from Henley Dragon Boats at Henley Festival watching the Pet Shop Boys.  During my first swim, everyone else shot off and something didn’t feel quite right and I had to catch my breath.  I realised I didn’t like the dark water, the weeds touching me and had a fear of drowning.  I got a bit more confident over the next few weeks but had panic attacks each time I swam.  I didn’t want to give up as I had at that point got a great social life around the swimming club and I decided to set myself a very silly challenge to get over it last August.”

On Friday, Kate was joined by members of HOWSC and her daughter Elizabeth to celebrate her completing her challenge with a camp out and barbecue in Wargrave by the river followed by of course an early morning swim on Saturday.

Kate completed the challenge for the most part on her own.  She works in London and many of the swims were done after work.  Kate recalls, “The hardest month I think was November in the dark and to start with I was really scared.  Each day, I swam at least across the river and back (probably 80m each way).  People who saw me on the towpath often asked me whether I rubbed myself down in goose fat and and asked whether it was cold whilst wearing hat, scarf and gloves themselves!”

Remembering her last panic attack which happened in January this year when she was swimming near Marsh Lock.  Kate explains, “I started to overcome the attacks by thinking about positive things.  I suffered panic attacks during all the competitions I had entered the year before and when I did the Henley Classic this year, I felt like I had won the Olympics as I did it without one and I was pleased that I was also part of the new Bled Twinning Swimming competition that we won last month.”

Jeni Orme, HOWSC Ladies Captain said, “What Kate has achieved, is truly inspiring, to have the commitment, to swim, when it’s dark, freezing… in the winter, to have that will power… to continue, to even plan when and where you can swim every day… just Wow!”

On completing the challenge Kate said, “It’s fab to celebrate with the other members of HOWSC, many of whom have been really supportive and have seen my panic attacks. I did it for myself, I’m fearless now and feel calm in myself. ” 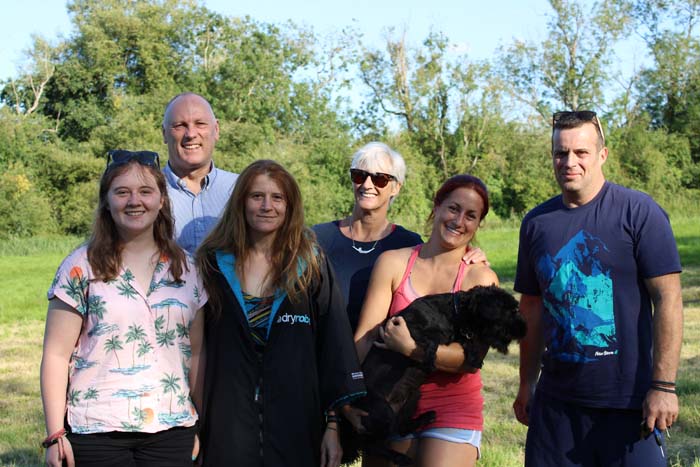