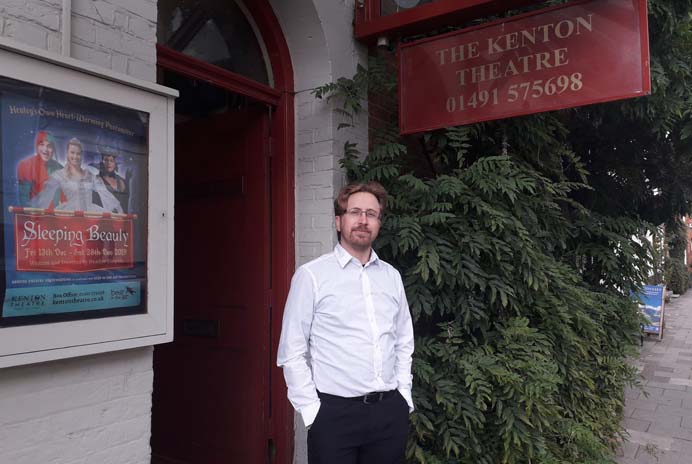 Max Lewendel, the new Kenton Theatre Manager has big plans for the theatre after getting what he describes as his “lifelong dream job”.

Previously, Max ran his own drama theatre production company, Icarus.  The history and heritage of Kenton attracted him to the role.  Max originally from Illinois, is currently living in Welwyn Garden City with his wife, Michelle and their two rabbits, Stan Lee and Dori and is looking to move nearer to Henley.  He is working with Ron McAllister, the also newly appointed Programme Manager who is former CEO of South Hill Park Arts Centre in Bracknell.

Max hopes to bring more drama productions to the Kenton and is excited about Jane Eyre coming in January.  Max said, “We want to find out what people want to come and see and I’m hoping to find this out at the forthcoming coffee morning on 14 September between 10.30 and 12.30.  If you can’t make this though my door is always open.”

Comedian, Alfie Moore is another act Max is looking to see on 4 October.  Alfie was the first act Max booked after he came to the rescue at very short notice after the original comedians booked couldn’t get to Henley because of a problem with the trains from London in June.  Max explained, “I hadn’t actually started working for the Kenton but had come along to see the venue and ended up helping to sort the replacements out and interval drinks for the audience because of the delay to the show. It was really back luck but an induction by fire!”

Plans to make better use of the theatre’s back stage area and upgrade other facilities are Max’s ambitions.  He is looking at creating a proper sound/electrics store which most theatres have, upgrading the lighting which is over 30 years old, installing a new sprung floored stage and refurbishing the dressing rooms.  When we met Max last week a new phone and IT system were being installed.  Max said, “I’m also looking to get advice as to whether an extension can be added to create a new studio space for smaller more intimate performances which respects and is in keeping with the heritage of the theatre.  We will be looking at applying for grants for the work from Heritage Lottery, Arts Council and South Oxfordshire District Council which haven’t been applied for before.”

We wish well Max and Ron well in their new roles and look forward to working with them to promote the Kenton’s shows.

For details of what’s on go to https://kentontheatre.co.uk/#programme 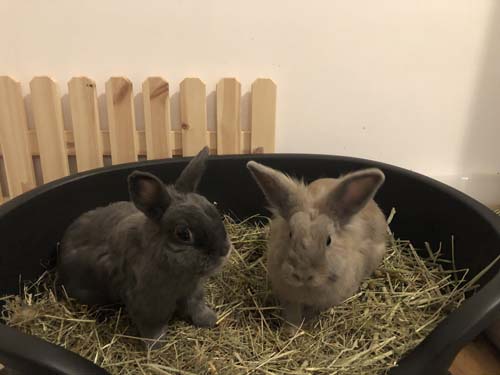