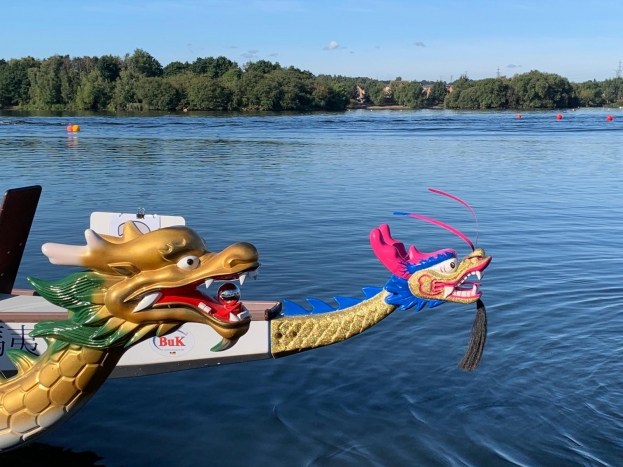 Filled with excitement at the new sprint racing venue in the north of the country at Wath Upon Dearne, Henley Dragons made their way as a team to the event, participating in a spot of 10 pin bowling as a warm up the night before.  After the loosener, Henley focused on the event in hand.  The new venue was to host the usual sprint races of 200m and 400m.  It was a very scenic lake with all the facilities laid on, and they even arranged for the sun to shine!

Up first, Henley faced Wraysbury and Three River Serpents in their first heat. Unsure of the water, Henley went out for their warm up, assessing the speeds that could be obtained from this shallower lake.  With Dan Wakelin on the helm, a new young race helm in the making, Henley shot out the blocks in their race start, getting out quicker than their rivals.  Henley transitioned well and kept the speed up through the middle section of the race, and when called for, they accelerated in their race finish, coming in first in a time of 51:72!. It was most definitely a surprise to Wraysbury (52:37), last year’s champions.  This positioned Henley well, avoiding another heat and falling straight into the semi-final.

Next up were Henley ladies who teamed up with St Neots to race in the ladies racing.  Henley pushed hard, blending well with St Neots but unfortunately were not strong enough to hold off Kingston ladies who came in in a time of 58:65, Henley were 1:00:21 and Bradford Barracudas 1:05:68.  The youth teams collaborated together in three teams; Storm 1:04:43, Lightning Dragons 1:01:25 and Thunder Dragons 1:01:76.   Henley ladies sadly didn’t make it into the final but gave a solid account of themselves in this composite team.

In the next round Henley faced St Neots and Kingston who were to put on a good show.  Henley accelerated neatly out the blocks, continuously in contention between the two teams, driving for the line and coming in in first in a time of 51:78.  Kingston 53:32 and St Neots in a time of 54:60.   This seeded Henley beautifully for the Major Final.  Henley were then against Notts Anaconda and Seckow.  After a team talk about staying composed and going with our own race plan, Henley lined up at the start filled with nervous excitement, this was it.  Henley shot out the blocks, keeping up with the opposition, transitioning to a quick but powerful rate.  Henley came across the line in 3rd place in a time of 50.93 behind the winners Secklow 48:81 and Notts Anaconda 50:45. 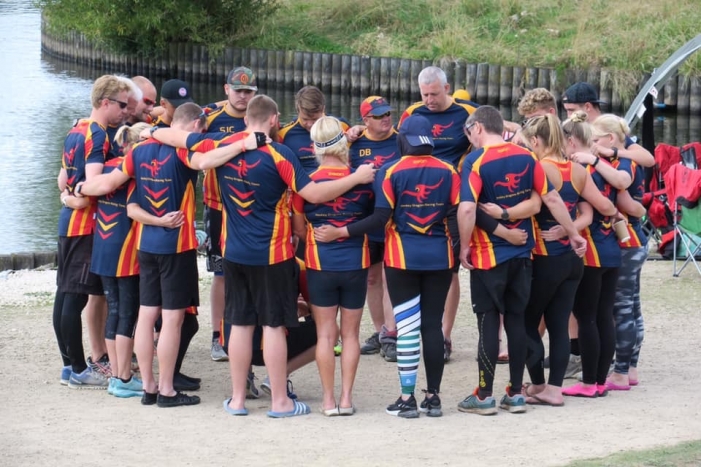 In the afternoon it was all about the 400m racing.  Henley were firstly up against Spirit of Yorkshire and St Neots.  Being unsure of how the northern BDA team sized up as they do not ordinarily attend all league races, Henley lined up for their first heat.  Henley had a long powerful start, kept the momentum and the speed, and held off both teams by over a boat length by the end.  This led Henley neatly into the semi-final against Amathus and Powerhouse.  Henley nailed the start, transitioned into a strong middle, but sadly the nerves and sound from the close quarter racing sent nervous energy down the Henley boat causing their race ending not to be so strong, so Amathus pushed on past and won in a time of 1:42:78, Henley narrowly behind in 1:42:98 and Powerhouse in 1:51:04.  Henley were therefore knocked into the minor final and not the major final this time.  Henley faced Notts Anaconda and 3 Rivers for 4th, 5th and 6thplaces.  In a similar fashion to the race against Amathus, Henley went out strong in the first two sections of the race, but sadly Notts Anaconda pushed on through at the end, as the nerves got to some of the Henley crew.  Henley put on a strong performance, and have a very strong foundation from which to build.  Henley are now in the throes of prepping for the end of season Nationals event in Nottingham over this coming weekend. 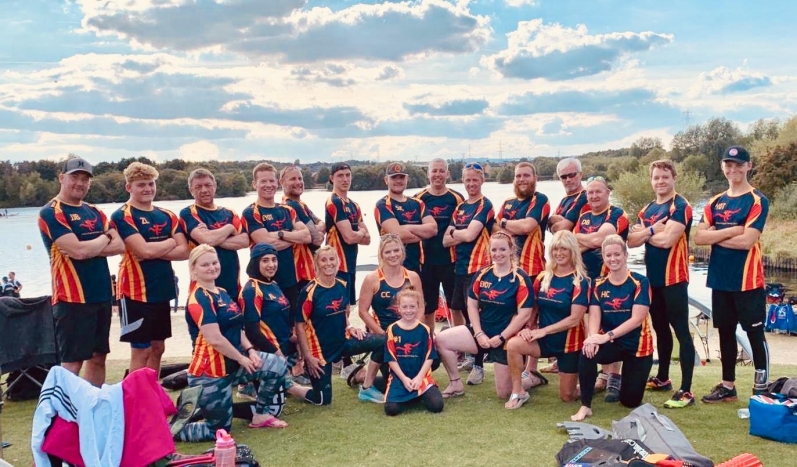