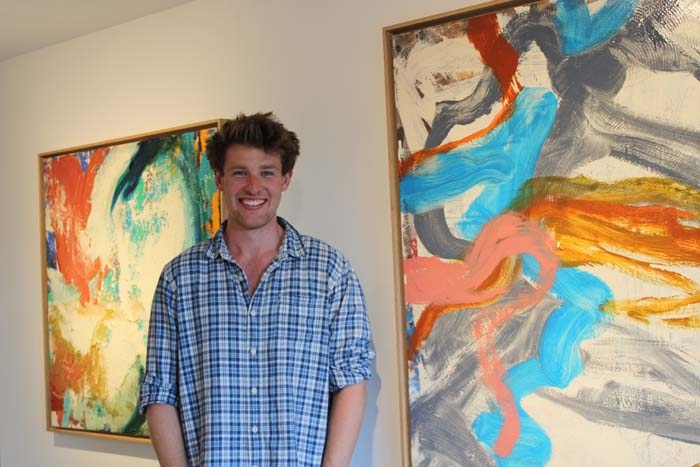 .informality a new art gallery is opening at 11 Market Place (next to Jo Jo Maman) and their first exhibition will be to present The Curious Eye Never Runs Dry by Paris based, Australian artist, Anthony White tomorrow, Thursday (26 September).

Frederick McDonald (pictured above), Director of .informality said, “The gallery will curate and support international contemporary artists with a concentration on topics such as the environment and co-existence.”

Frederick has close to a decade of professional experience in galleries. He started his career in prestigious Cork Street, London and later worked for a number of different galleries both commercial and highly independent. Frederick then moved to Australia where he was a consultant for one of Australia’s leading commercial galleries. While in Australia, he also became a passionate supporter of museums, including Sydney’s Museum of Contemporary Art and also served as the President of the Young Members Committee within the Art Gallery of New South Wales. He returned to England about a year ago and served as leading advisor to the Gazelli art house in Mayfair for several months before starting preparations for his first solo venture in Henley.

This Curious Eye Never Runs Dry exhibition will be Anthony’s first solo show in the UK. His work has been included in over 40 group 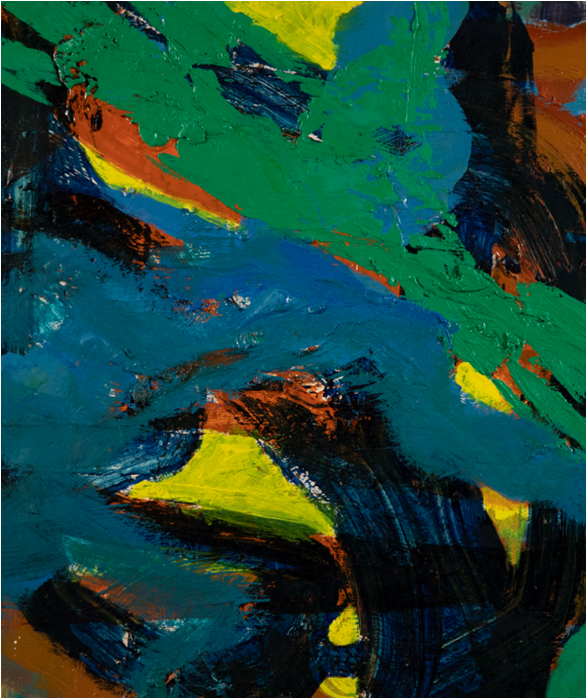 exhibitions Internationally including important group exhibitions in Hong Kong at The Cat Street Gallery. His work has also been hung among major art prizes for contemporary landscape painting in Australia including, The Paddington Art Prize for Landscape Painting, The Brett Whiteley Travelling Art Scholarship and The John Glover Art Prize. In 2007 Anthony White was the recipient of the Marten Bequest travelling scholarship. He has received international residency programmes in Paris, Leipzig, Vermont and Latvia in both art centres and museum contexts.

The exhibition comprises recent work reviewing ideas about civil disobedience and its correlation to contemporary late capitalism. In the exhibition, Anthony White revisits themes of involuntary detention, injustice, migration, and reflects upon the effects of a Western capitalist civilisation in our modern environment. The contemporary experience of emerging discrepancies in society is becoming culturally relevant, the latest exhibition questions, how does social unrest affect creative movements? It’s through the artist recapturing the radical act of the gestural mark that White invites us to consider how later capitalism and democracy are failing, reflecting on ideas of justice and unequal punishment.

White’s work draws from earlier activist artists such as Yves Klein and Rotraut and the post-war Japanese Gutai movement, but the primary motivation behind recent work is Michel Foucault’s cornerstone postmodern text “Discipline and Punish” (1977). The artist believes it is fundamental to raise questions about surveillance, detainment and injustice and invites us to think about different states of being, using his practice as a vehicle for philosophy and ultimately emancipation. In his latest work White combines important forms of analogue communication including posters of advertising and musical acts from the Paris metro. Drawing from the urban cultural history of Paris, the artist uses these reversed metro “affiches” to build the image, tearing, re-cropping and utilising painterly interventions acting as a form of dissent. The Curious Eye Never Runs Dry utilises materials tagged and altered by anonymous authors which symbolising collectivity in the community and highlights the increased need for collective types of communication, reinforcing the fact that we are interdependent upon one another.

White asserts the role of the artist as inherently political and urges us to consider the role of artistic interventions in the current climate.