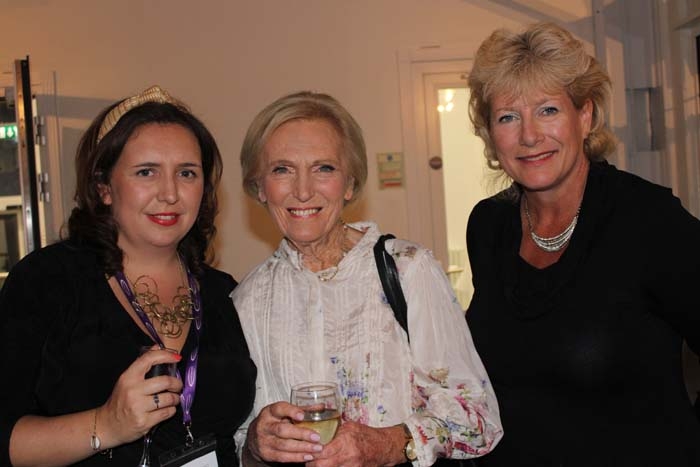 The Henley Literary Festival had another record breaking year with over 24,000 tickets sold, beating last year’s record of 22,000.

With a leading line-up of speakers including former Prime Minster Theresa May, top comedians, sporting super stars, award-winning novelists and best-selling children authors, the range and scale of the event seemed to up it another gear, this year.

Over the 9 days….Theresa May didn’t give in to Dame Catherine Grainger’s attempts to talk about politics or to talk her into writing a book.  Women’s Hour presenter, Dame Jenni Murray said she didn’t want the next James Bond to be a woman.  John Craven explained he was more or less forced off Newsround when he started to go grey as there is no place for older presenters in children’s television.  Sir Tim Rice told the audience he wanted to be Elvis when he was younger and Sir Alastair Cook said that cricket is a game of failure.  Prue Leith let slip how she ended up in a wheelchair after snapping her achilles tendon in a Bake Off skit dressed up as the cowardly lion from the Wizard of Oz.  Former Bake Off presenter and now Henley resident Mary Berry came to talk about her new Quick Cooking book. Paul Merton told the audience he was inspired to get into comedy after he first saw clowns at the age of 4.

Two top-selling authors for the price of 1 was a fitting finale to this year’s Festival which saw David Nicholls and Jojo Moyes compare their differences on how they research and write their books and what inspires them.  David wanted to write about first love in his latest book Sweet Sorrow.  Jojo told David that she thought his description of french kissing was the best she had ever read.  David admitted that he had however got it from the internet and not personal experience!  He also explained that when writing Us, he didn’t visit all the European cities but just checked out the facts on the different locations using Street View on Google maps. Asked about whether the authors were sad when they had to say goodbye to their characters, Jojo replied, “Writing a book is like a teenager, you’re glad when you get rid of them!”

Harriet Reed-Ryan said, “The town seemed to be buzzing and the authors were really thrilled.  We are so thankful for the support of the town especially Phyllis Court Club, Henley Town Council, Hobbs of Henley and the Christ Church Centre.  Special thanks too to our brilliant team; Kallie Townsend, Sara Lovejoy, Lou Meadows and Sam Grocock and the brilliant tech team at ITM.  And lastly thank you to all our wonderful volunteers and sponsors that help make it happen.”

There are still a few tickets left for the special post festival event on Saturday 12 October when Nadiya Hussain will be talking about her different roles assigned to her by her gender, culture, religion and society that she’s written about in her new book Finding Her Voice. https://henleyliteraryfestival.co.uk/hlf-event-system/nadiya-hussain/ 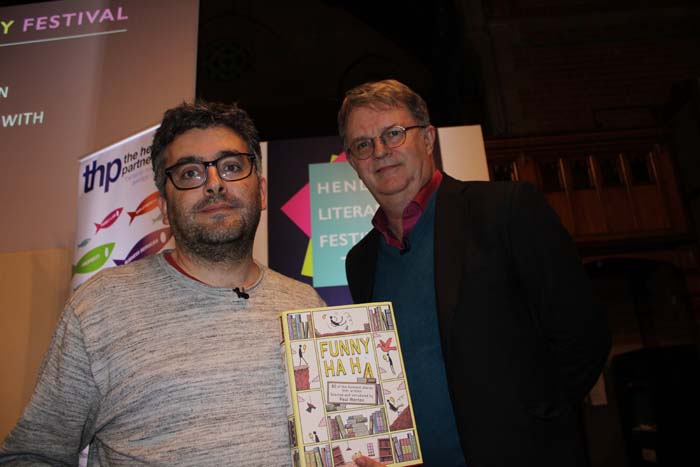 The Henley Herald website provides an up-to-date and unbiased digital news service for
Henley-on-Thames
Bake Off Star Pops into Henley Optician to Check Out Her New Range of Glass...

Bridleway Resurfacing Stopped in its Tracks
Scroll to top