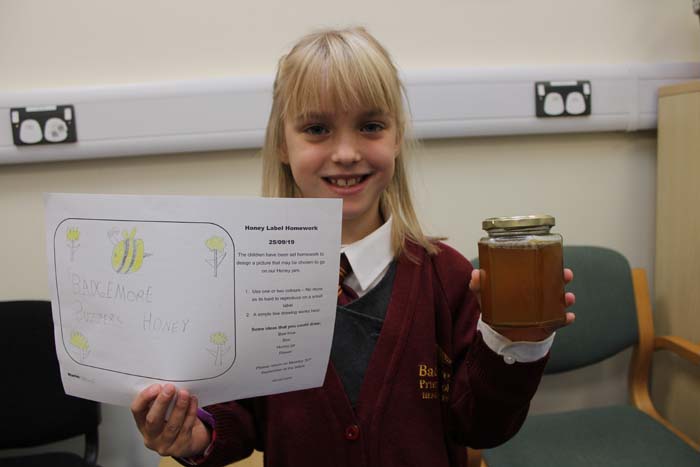 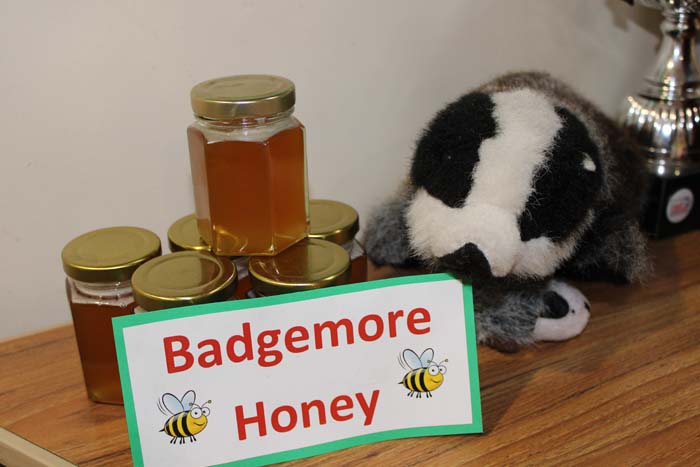 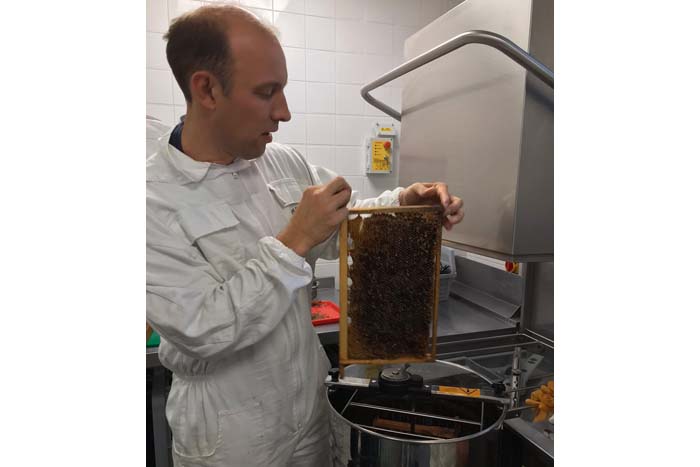 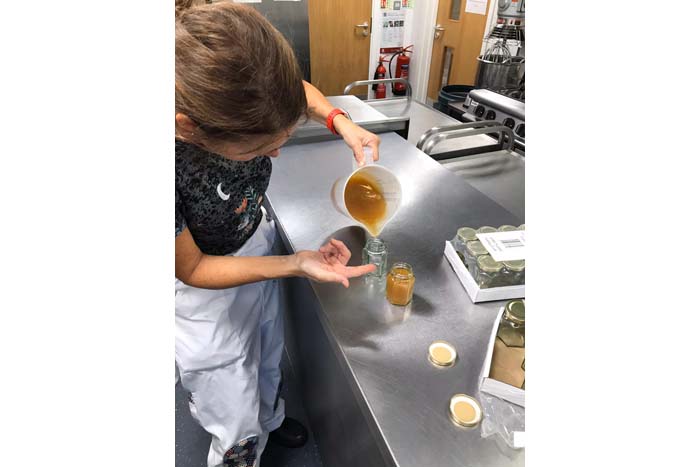 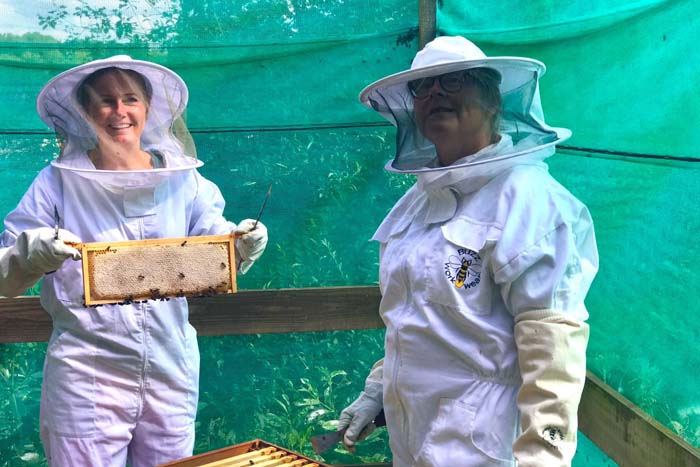 There’s a real buzz at Badgemore School this week as the first honey has been produced from the school’s very own bees.

The idea to have bees was School Governor Tuc Ahmad and teaching assistant Caroline Jacob three years ago.  Before they installed two hives at the school 9 parents and teachers went on a 10-week theory beekeeping course followed by practical summer course of 10 one-day sessions. In 2017 the first colony of 3,000 bees with a Queen Bee were put into the hive and last year a second colony was added.

The school have a Bee-Keeping after-school club with special suits for the children to wear to go and observe and check on the bees each week. They were also involved in the making and tasting of the first honey.  Since going back to school in September all the children in the school have visited the hives and have been learning about bees.  Parents have also been invited to see the bees and demonstrations of honey making.

Last year the bees didn’t make quite enough honey.  Anette Thern, a member of Friends of Badgemore school said, “We have learnt a lot after last year and we got some good help and advice from South Chilterns Beekeepers’ Association. It’s a lovely example of the wonders of nature.  I didn’t know how amazingly it works.  It’s an exciting story to tell the kids.”

The school ran a competition to design the label for the honey jars which was won by Eleanor from Year 2 (pictured above).  Eleanor said, “The design took me about half an hour and I looked up a picture of a bee on the internet.  I was very surprised and pleased when I won as it is the first time I’ve won an art competition. I’d like to design a new poster too for the honey. I am looking forward to bringing my Mum to visit the bees as she hasn’t been able to as she’s been in hospital.”  Eleanor’s prize was a large jar of honey.  She added, “I’m going to have it on my porridge for breakfast.”

Headteacher, Tim Hoskin said, “When we took the honey out of the frames it was a really special moment.  We took out 14 kilos which has made 105 jars.  The children are really excited about the honey and it will be going on sale today (Friday).  We have got big ambitions for next year.” 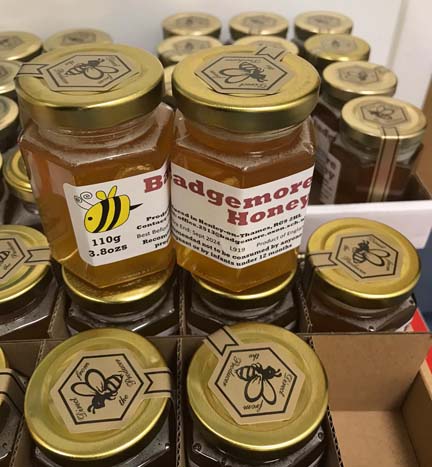