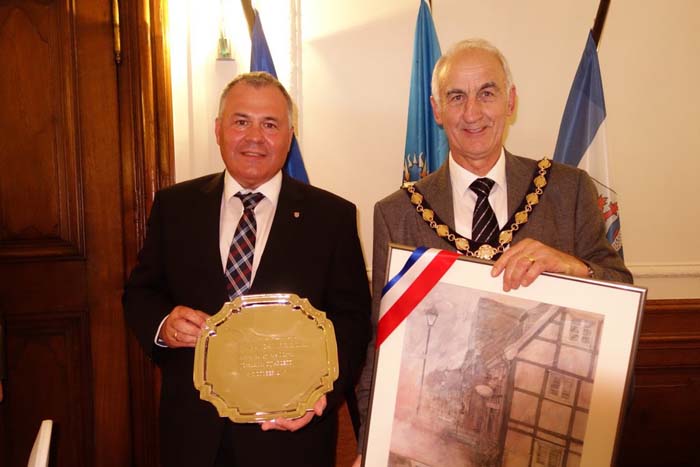 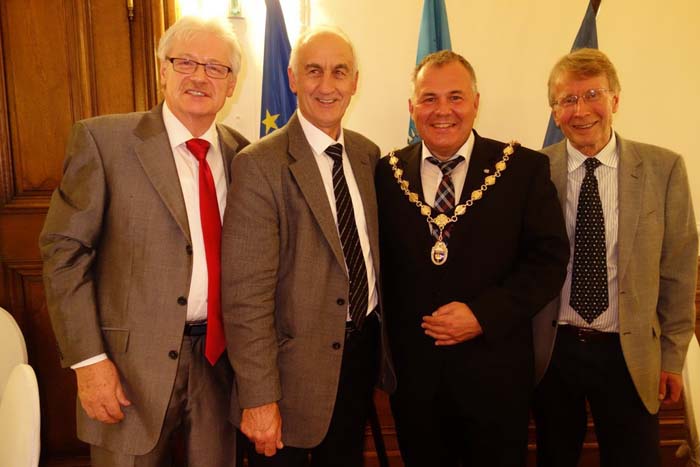 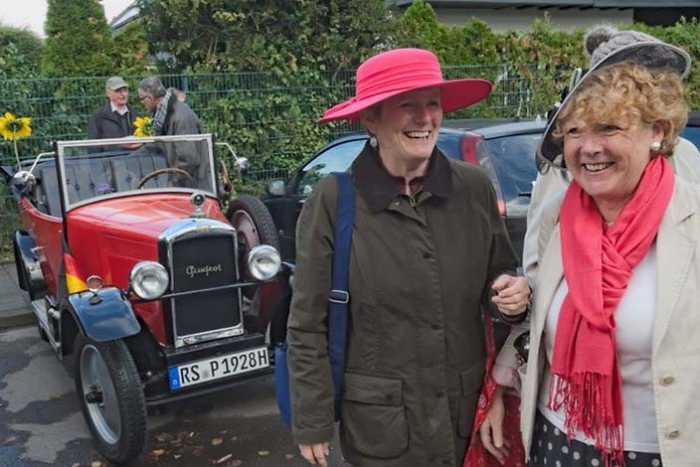 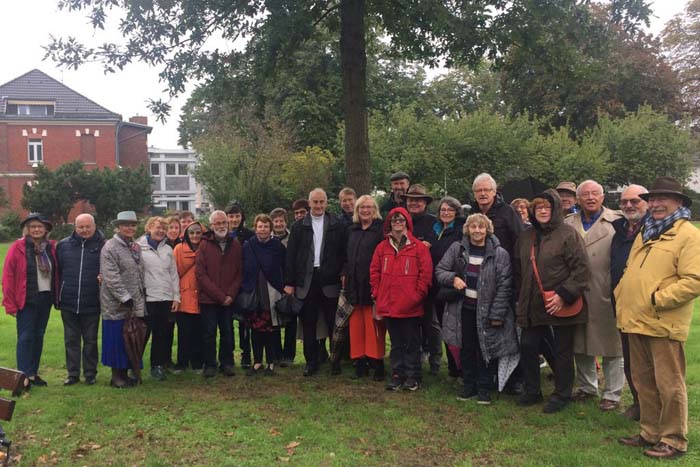 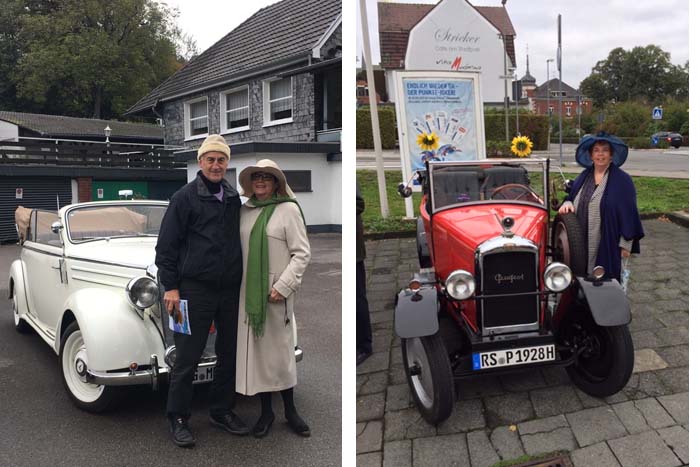 A party of 16 Henley residents, including Henley Mayor, Councillor Ken Arlett and his wife, Dorothy travelled by train to Leichlingen for the 40th anniversary twinning visit last weekend. They received a warm welcome from the “Henley Club” their hosts, with welcome speeches and a drink at the local brewery.

On Friday the group visited Schloss Burg, site of a medieval castle at nearby Solingen, now extensively rebuilt and furnished to give an authentic idea of life at that time. A guided tour explained something of the lifestyle of the time. After the visit the group was treated to an authentic “Bergische Kaffee Tafel” – a meal including waffles with warm cherries and whipped cream, very typical from this area.

The real highlight of the visit was on Saturday, when the group took part in a parade of vintage cars, through Leichlingen and the surrounding area. Jenny Fleming said, “This gave us a chance to discover some hidden gems in Leichlingen and the beautiful countryside around the town. Included in the parade were a Bugatti, a 1921 Peugot, a British-built Bristol and a fabulous Mercedes convertible from 1951 in which the Mayor and his wife were driven around. Final stop at end of parade was at the “Obstmarkt” or fruit market, where they were holding part of the annual harvest festival.”

On Sunday there was a ceremony to re-dedicate the magnificent Oak tree donated by Henley to Leichlingen for the 25th anniversary.  In the afternoon the group visited the neighbouring village of Witzhelden to watch their annual Harvest Festival parade. This is a traditional annual event like a carnival procession with decorated tractors and trailers celebrating the harvest.

In the evening the group enjoyed a splendid reception and dinner at local Schloss Eicherhof to celebrate 40 years of twinning between the two towns. Included were many guests who have been part of twinning over the years. Speeches by the two mayors during the dinner emphasised the connections between the towns, mentioning the many groups who had visited, including the football club AFC Henley, school music exchanges, Henley Symphony Orchestra, Henley Choral Society, and the swimming club (the German swimmers won the cup at an event last  weekend in Henley!) The  German mayor Frank Steffes spoke of the difficulties we face at the moment an sincerely hoped that the friendship between the towns would continue. A lighter part of his speech alluded to the dreadful English weather that was experienced for most of the visit, and he presented Henley’s mayor Ken Arlett with an umbrella bearing the Leichlingen town crest. Ken Arlett thanked the German mayor and all the hosts for their wonderful hospitality over the weekend, and presented an engraved silver tray on behalf of the people of Henley to mark the event.

Badgemore Abuzz as They Pot Their First Honey
Scroll to top