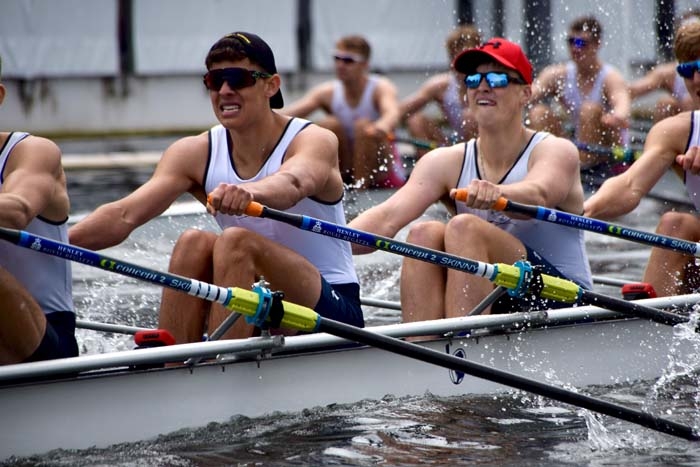 This November, leading figures in the sport will be heading to the River & Rowing Museum to join the debate about the future of rowing.

From members of the current GB Rowing Team, to the pioneers of Indoor Rowing, Beach Sprints and Para-rowing, the Rowing Futures conference on 16 November, will consider how the sport is becoming more diverse, embracing new formats and looking to the future.

The event offers an exciting opportunity to hear directly from Brendan Purcell, Director of Performance GB Rowing Team, and two members of the current GB squad, talking about their aspirations for the Tokyo 2020 Olympics and beyond.

Leading figures in the sport, including Steve O’Connor, CEO of London based charity Fulham Reach Boat Club, and David Tinnion from London Youth Rowing, will be talking about how they are opening up access to the sport, providing opportunities for young people from a varied range of backgrounds the opportunity to get involved.

Steve O’Connor, CEO, Fulham Reach Boat Club said,“I’m thrilled to be taking part in the Rowing Futures Conference at the River & Rowing Museum and to get the chance to share some of the FRBC vision.  There are some fantastic opportunities in the near future for rowing to broaden its participation base and I’m hugely excited to be able to try and flesh this out with like-minded individuals and organisations from across the country.”

Just announced as a speaker at the conference, Clare Holman – lead coach for Indoor Rowing for the UK Invictus Team and Go Row Indoor British Rowing, will be joining the panel to talk about the increasing popularity of Indoor Rowing in the UK and British Rowing’s role in driving that growth.

British Rowing Chair, Mark Davies added, “The sporting landscape is changing and so is rowing, so it is fantastic that the River & Rowing Museum will be bringing people together to talk about the future development of the sport. With an excellent line-up of speakers, I’m sure it will be a fantastic event for everyone.”

River & Rowing Museum, Director, Dr Sarah Posey said, “The River & Rowing Museum houses a rowing collection of international significance, so it’s fitting that we’re the place to encourage debate about the sport. As part of our 21st anniversary, the conference will take inspiration from the past to engage people in its future. Special half-price tickets for under 30s will encourage a new generation to join the conversation.”

The River & Rowing Museum acknowledges with warm thanks the generous support of Clive Radley towards the conference.

Tickets are available for the conference and the drinks reception and dinner, from rrm.co.uk with special discounts for young people available.

Police Appeal for Witnesses to Assault
Scroll to top