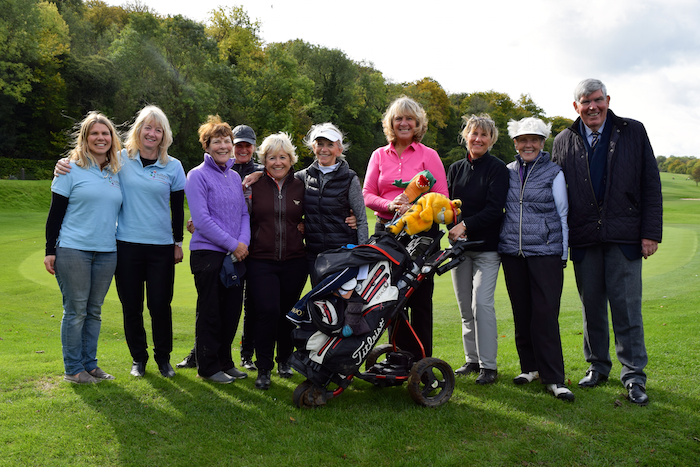 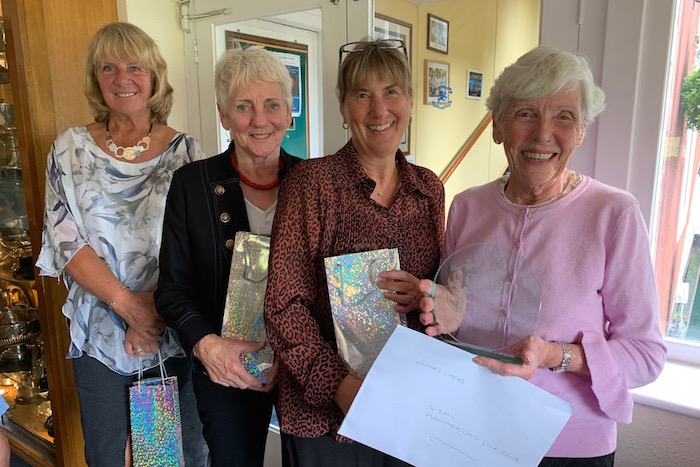 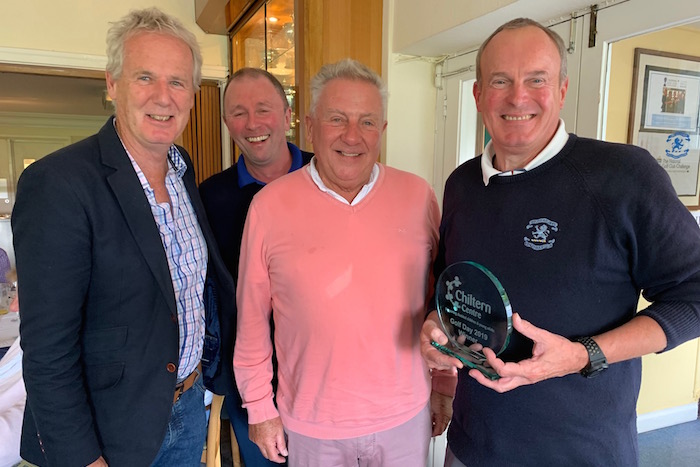 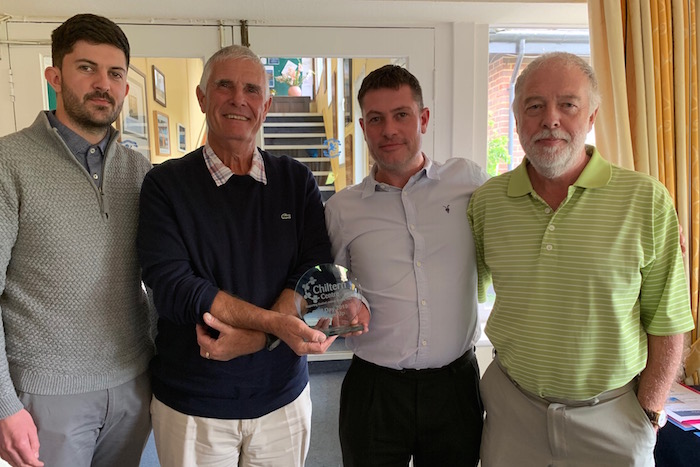 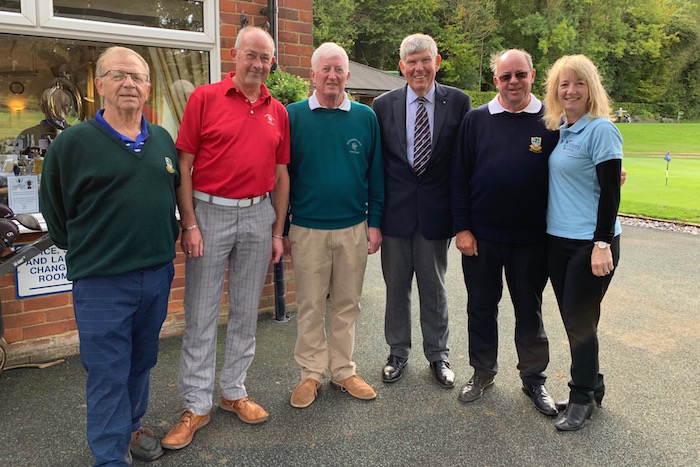 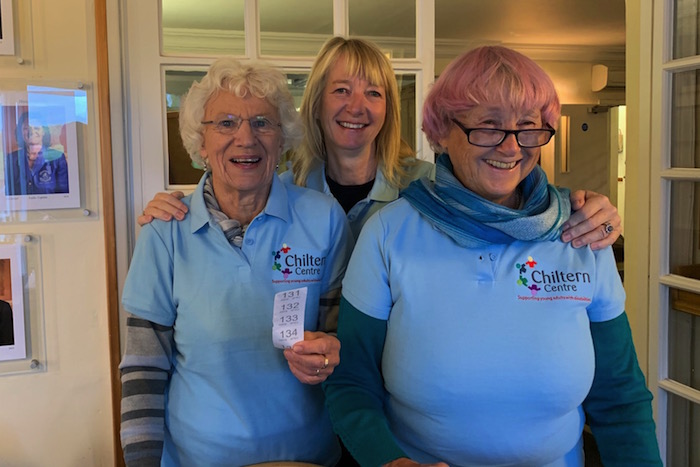 Henley Golf Club celebrated a decade of support for the Chiltern Centre last week at their annual charity golf day. On Wednesday 9th October, 58 golfers split into teams of 4 for a stableford tournament before enjoying a delicious two course lunch, a charity raffle and a live auction. In the last decade, the increasingly popular annual event has raised over £35,000 for the Chiltern Centre.

The heavens were smiling on the players as they made their way around the sunny Henley Golf Club course, completing 18 holes in their teams. The winning women’s team was made up of Helga Keay, Jane Tavinor, Christine Valentine and Anne Kennedy, whilst the team of Pete Gould, John Mitchell, Rob Clarke and Rob Ellerby took the victory for the men. Joe Fuller, Brian Connolly, Max Fuller, Chris Fuller, meanwhile, were close runners up. The champions in the ‘Nearest Pin’ category were Nikky Donohue and Tony Sanderzon, and the Longest Drive was claimed by Sandy Howell and Rob Ellerby. Each of the teams were awarded with a trophy, provided by Burridge trophies.

More opportunities to win came in the form of a raffle and live auction, in which a multitude of marvellous prizes were up for grabs. The live auction gave participants a chance to bid on 2 general admission tickets to next year’s Henley Festival, a 4 ball at Temple Golf Club, a haircut by La Medusa owner Alessio, and lunch and wine at the Hart Street Tavern (who have chosen the Chiltern Centre as their charity of the year). Raffle prizes included 4 balls at various local clubs, lunch at the Masters Arms, a number of bottles of alcohol, and many more experience packages and vouchers. These were donated by Badgemore Golf Club and Hennerton Golf Club, Caversham Heath Golf Club, Henley Clinic, Phyllis Court, The Maltsters Arms, The Baskerville, Temptation Gifts, Newtown Services, and Mr Hobbs Gin.

The Henley Golf Day for the Chiltern Centre has grown hugely since its inception in 2010, progressing from 6 teams to last week’s 16. The event would not happen without the help of the many local people and businesses, including organiser Emma Lerche-Thompson, Muriel Quinsac, volunteers Mary Barrett and Helen Morton (who have helped each year), Doug Ash, and the team at the Henley Golf Club. The 2019 sponsors were Jerry Luckett, Coditex Electronics Ltd, and the Hart Street Tavern.

The money raised by the golf day will go towards the Chiltern Centre’s £200,000 annual running costs, at least £50,000 of which much be raised from the community. Paul Barrett, Chair of Trustees for the Centre, reflected on the significance of the event. “It’s very important,” he said, “it’s become iconic really because it’s the 10th year we’ve been raising money through this charity golf day, and the support has grown over the years. We’ve got a lot of faithful supporters and it’s a very lovely event. Everybody enjoys it whatever the weather and the weather is kind today.” Emma Lerche-Thomspon, who has been organising the event since it began, added, “What’s important about this money is it’s unrestricted so we can spend it on the nursing care that we actually need more than anything.”

The Chiltern Centre provides respite care for local young adults (from ages 16 to 25) with disabilities. Events such as the Golf Day are crucial for the Centre, as they rely on donations from the local community to keep their doors open. Their next public fundraising event will be the ‘Après Ski’ at Hof’s on November 22nd. Community Fundraiser Harriet Barcella explained, “We’re taking a backstop from the standard fundraising dinner. It’s casual alpine style food, live music — it’s basically a big party. The key fundraising activity is just a big ticketed raffle. We’ve got a mountain holiday as the star prize. It should be a really fun event, it’s just going to feel like a party, and we should still raise enough money through the raffle.” There are 500 tickets available, meaning you have a one in 500 chance of winning a holiday by attending — better odds than winning the lottery! If you would like to join the apres ski party, click here to buy your ticket now.