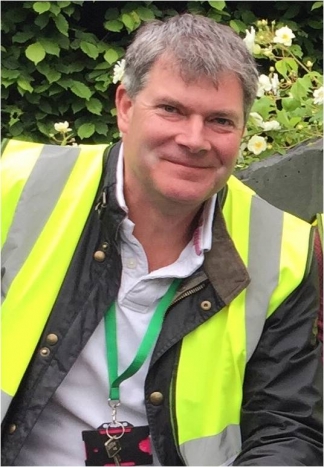 Henley Festival have announced today that they have appointed a new Chief Executive, Nick Mattingley.

Nick takes over from Charlotte Geeves who resigned in the summer after 5 years at the helm.

After studying Stage Management at Guildford School of Acting specialising in technical theatre, Nick started as an independent theatre producer and freelancer.  In 2008 he went to work for the Arts and Entertainments division at IMG UK Ltd as Production Director where he had a wide range of projects which included the Hampton Court Palace Music Festival, the English Heritage Picnic Concerts at Kenwood House and Audley End, annual concerts at Tatton Park, the Ice Rink at the Natural History Museum, London Bierfest and British Military Tournament.

More recently, Nick was Shows Director at the Royal Horticultural Society looking after the flower shows at Royal Hospital Chelsea, Chatsworth House, Hampton Court Palace, Tatton Park, Cardiff and Malvern, as well as other smaller London shows. On a freelance basis work has embraced various consultancies and also equestrian events such as the Longines Global Champions on Horse Guards Parade and the Spanish Riding School of Vienna in Wembley and the NEC.

Nick said, “Music, food and the river are my passions and being able to bring them together vocationally is a dream come true. Henley Festival is and has always been a standout date in the diary, it’s a privilege to be able to pick up the reins on this iconic event –  I’m looking forward to working with Stewart Collins, the amazing team, and to meeting the Patrons, Friends and wider community.”

In his personal time Nick is a keen private pilot and river boater, having lived for some years afloat on the Grand Union, he is currently building a widebeam barge, to be moored on the Thames, which will make his short commute even more pleasurable.

Gladstone Terrace Sign Back to Its Former Glory
Scroll to top