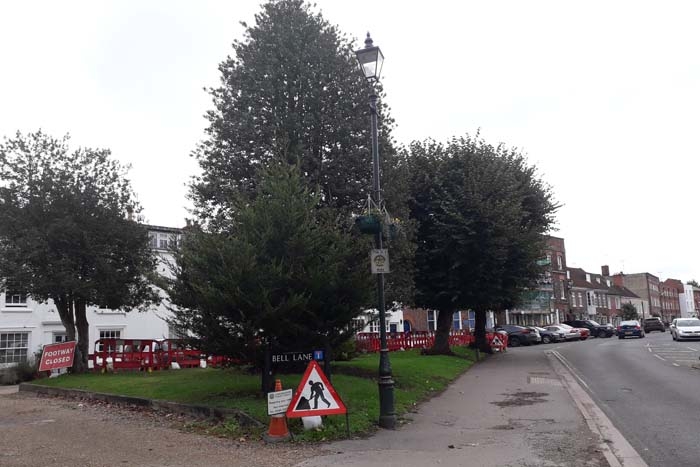 Following a consultation by Helen Gaynor, a resident of Northfield End with nearby residents and discussions with the Park Services Horticultural team, a proposal to improve the Bell Street Triangle (BST) has been put to the Town Council’s Open Spaces Committee.

The BST, which came into the Council’s ownership in 2017, is a small grassed area (160m2) with 4 trees (2 mature holly, 2 mature lime and 1 young golden Cyprus) and a number of semi-mature shrubs. There are white posts along the Bell Street (western) side and plans are currently under discussion with Oxfordshire County Council regarding the reinstatement of the area where the Georgian paving was located on the Bell Lane (eastern) side. This area is under separate review with the various authorities, under the remit of the Town and Community Committee.

The proposal is to remove the white posts along the Bell Street roadside, removal of the large golden Cyrpus tree and create a decorative bark circle and plant Cyclamen Coum underneath the mature Holly tree and provide lights for the tree.
In the consultation, it was felt that the white posts are of poor quality and are not in-keeping with the area and the grass mound should be kept and the existing shrubs should be removed. The majority of residents would like to see  the golden Cyprus removed however this is not a unanimous decision.  The BST is in a Conservation Area therefore the trees are protected and advice would need to be sought from Tree Officer at South Oxfordshire District  Council.
The Open Spaces Committee recommended to remove the white posts on the western side of the Bell Street Triangle, to support the removal of the golden Cypress tree (front tree above) on the corner of Bell Lane on the Bell Street Triangle subject to the advice of the Tree Officer
(South Oxfordshire District Council) and to plant a native tree to offset the loss in another location to support improving the Bell Street Triangle in liaison with the residents of the area and the Parks Service including creating a tree circle under the large holly tree and improving the grass. 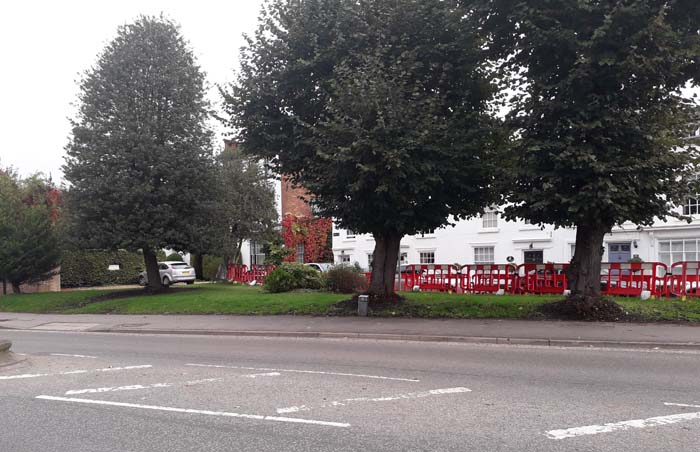 Father of Missing Mother’s Children Asks People to Not Post on Social...
Scroll to top