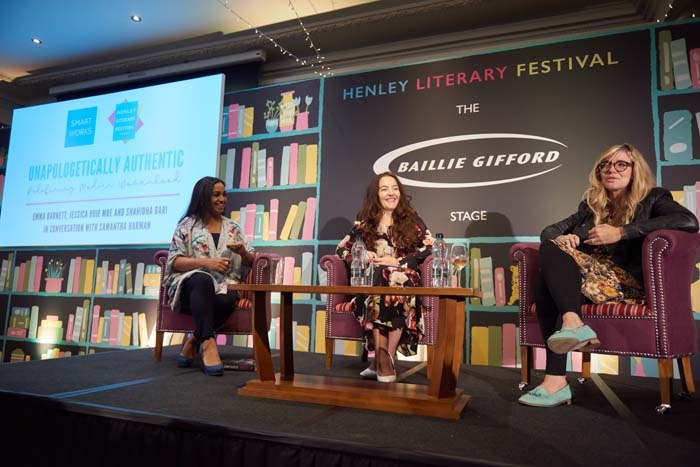 The Henley Literary Festival every year since its conception has supported a charity and this year it supported four.

The first was Smart Works, which has the Duchess of Sussex as its Royal Patron and offers a two-hour dressing and coaching service for unemployed women with confirmed job interviews. Each woman has a personalised styling session with two Smart Works volunteer stylists, receiving a complete outfit of high quality clothes and accessories for their specific job interview, which are free and hers to keep. Afterwards, each client receives a one-to-one interview preparation and coaching session with an experienced HR professional or senior manager.

The Festival gave Smart Works a slot during the festival and the proceeds from their event will go towards helping their imaginative and successful work. The £1,300 raised includes panelist Samantha Harman’s speaker fee.

Mental Health Mates received over £800 from their Festival event. Mental Health Mates are a network of peer support groups, run by people with mental health issues, who meet regularly to walk and talk without fear or judgement. MHM was started by festival regular Bryony Gordon in 2016. It was her dream that walks would spring up all around the country and so far there are 70+ locations including Europe, North America, Australia and the Middle East.

Author Chris Ryan also asked that his fee be given to charity so it was divided equally between Smart Works and MHM.

Theresa May’s speaker fee and the live screening proceeds have been donated to the MS Society. The charity she chose will receive over £1,200 thanks to the former Prime Minister.

The impact on charities did not end there, as David Suchet donated his festival fee to the Tuberous Sclerois Association, a charity with a personal link to the actor as his grandson Todd, five, was born with the rare genetic condition. The proceeds from the Poirot actor’s book, Behind the Lens, will also be donated, and the appreciative festival audience were also moved to contribute.

Festival Director Harriet Reed Ryan said: ‘Charities have long been part of the festival and we are delighted that such special causes have benefited.” 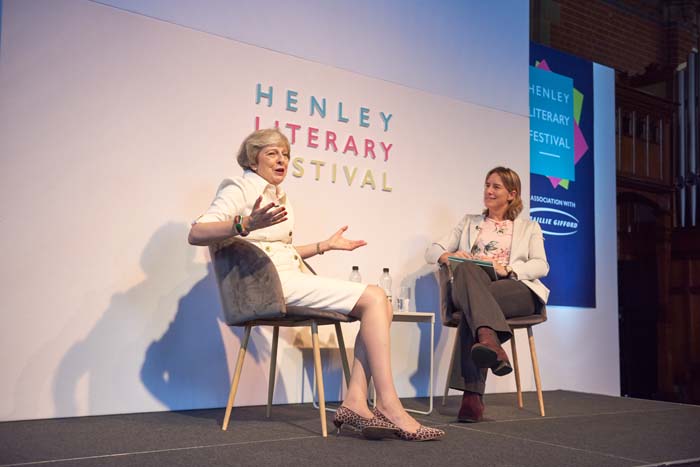