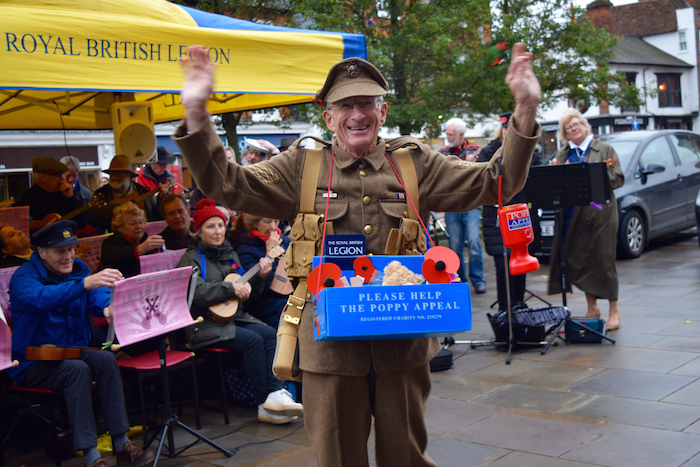 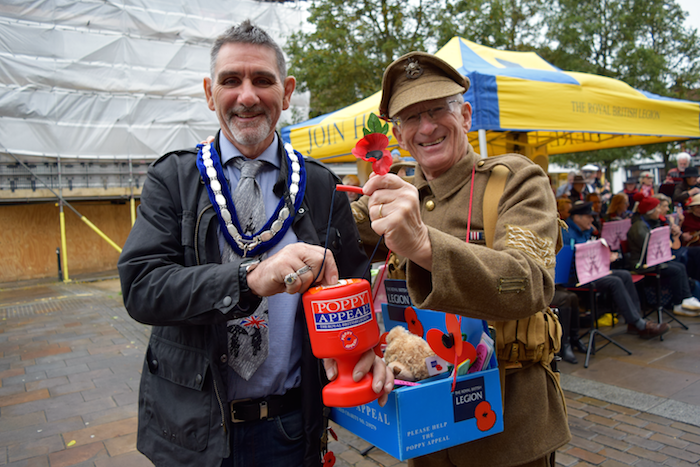 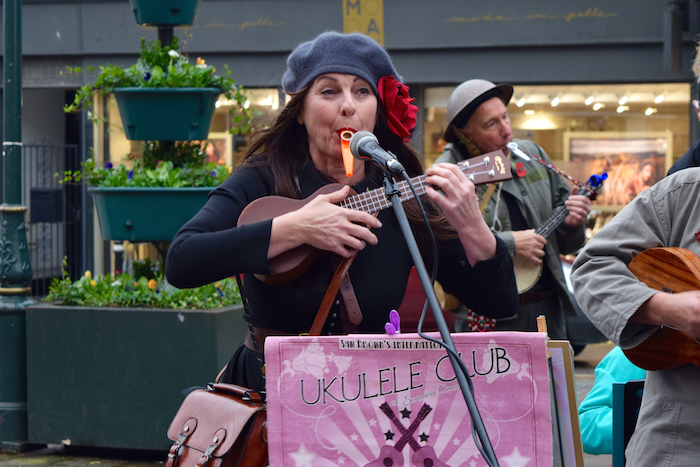 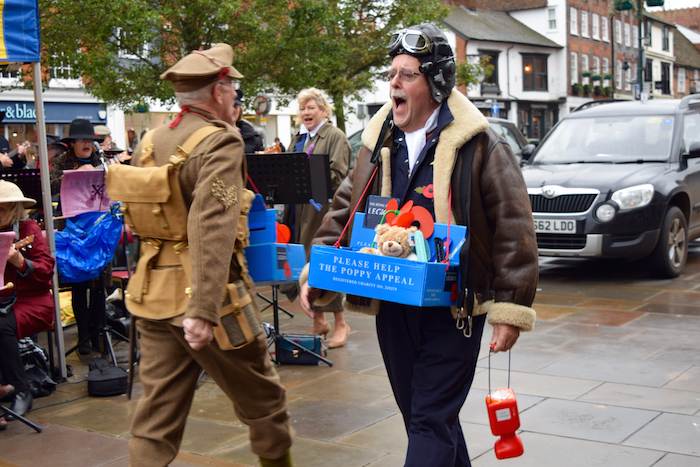 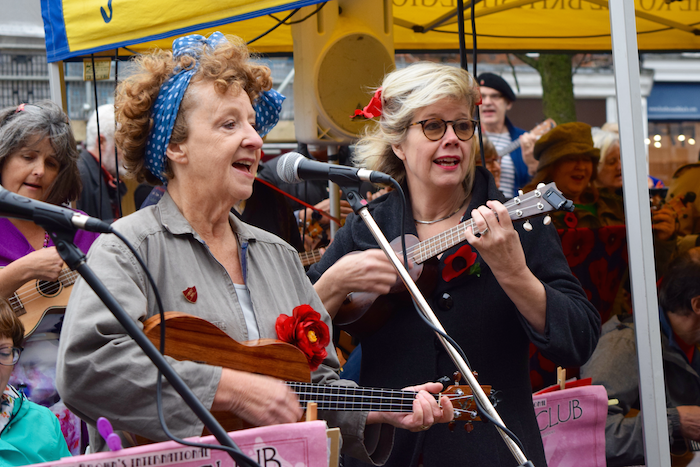 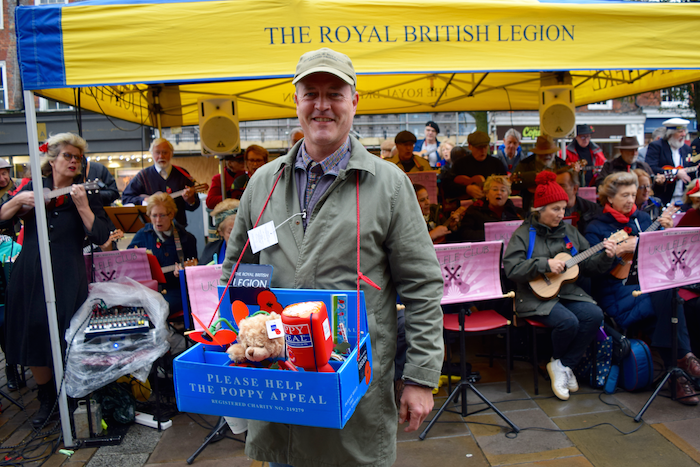 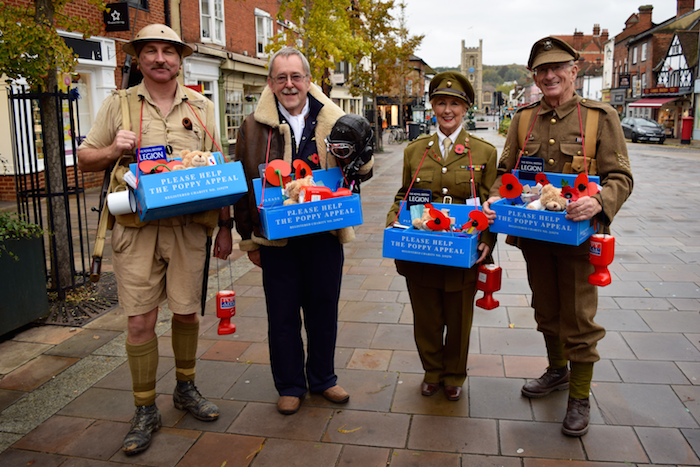 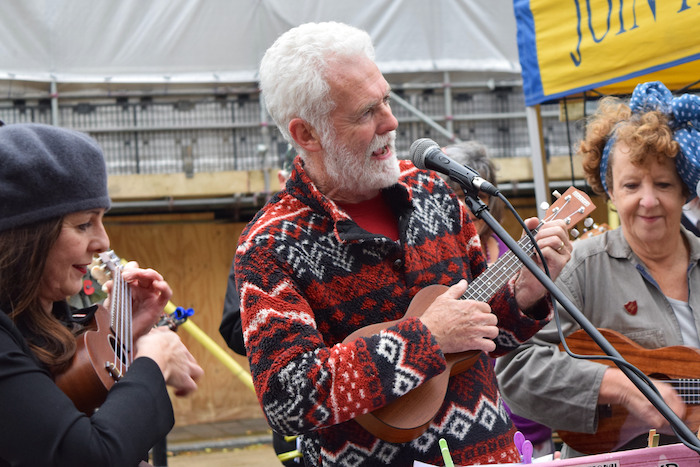 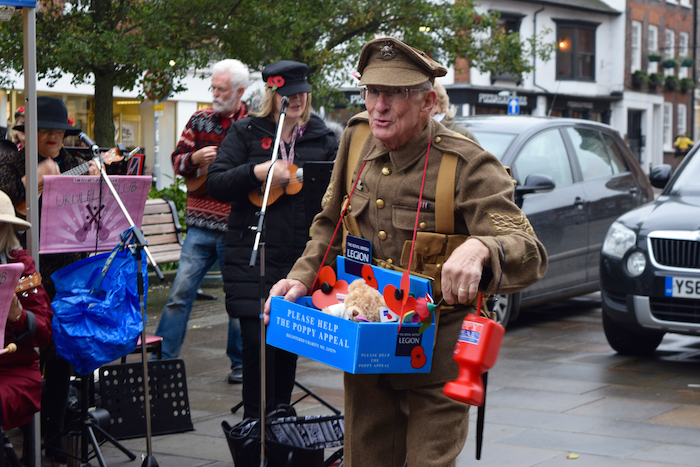 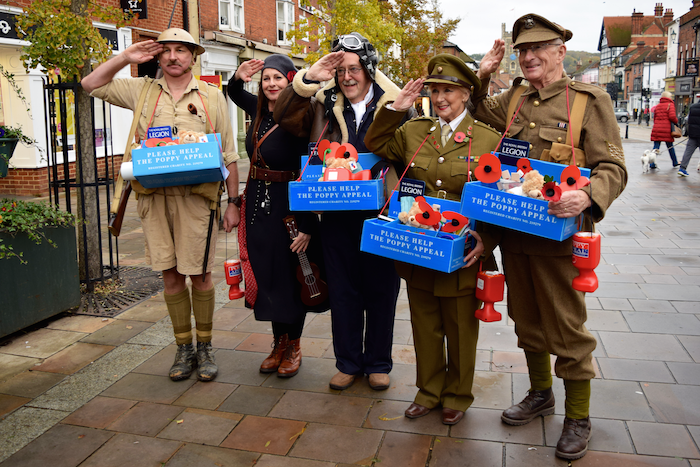 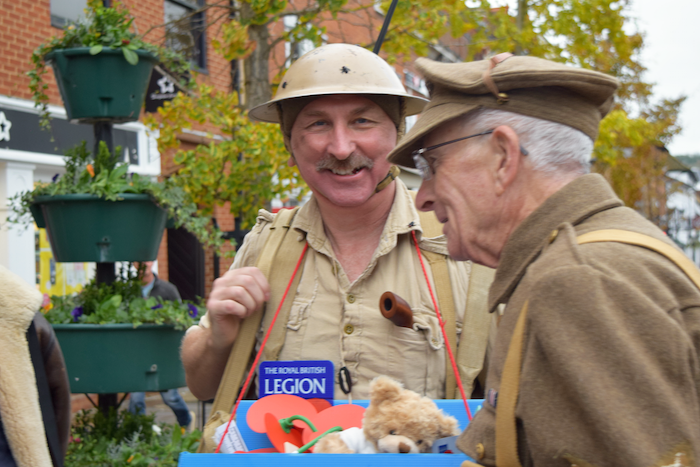 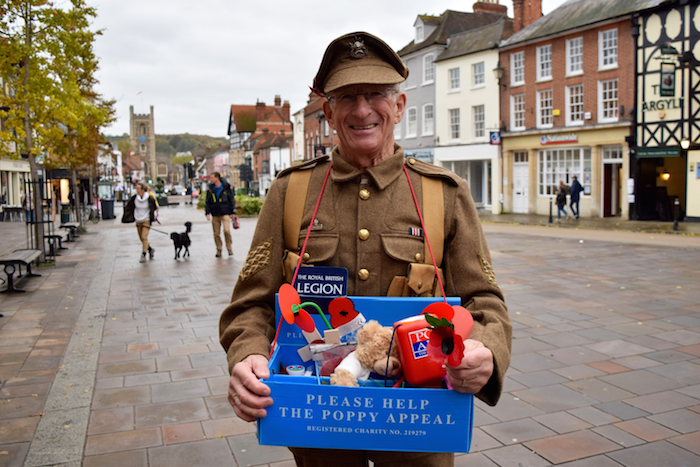 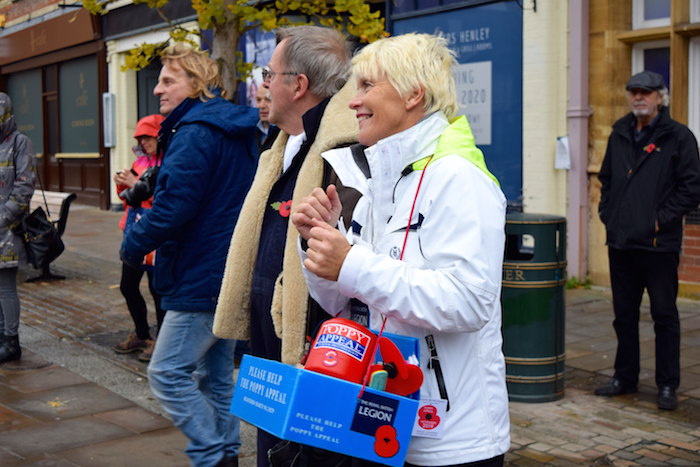 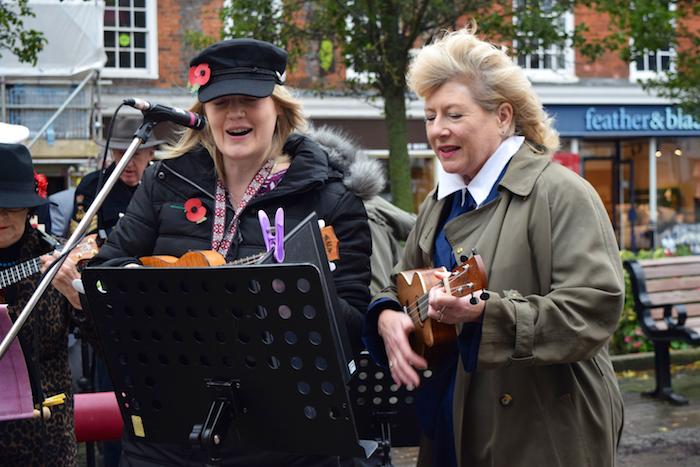 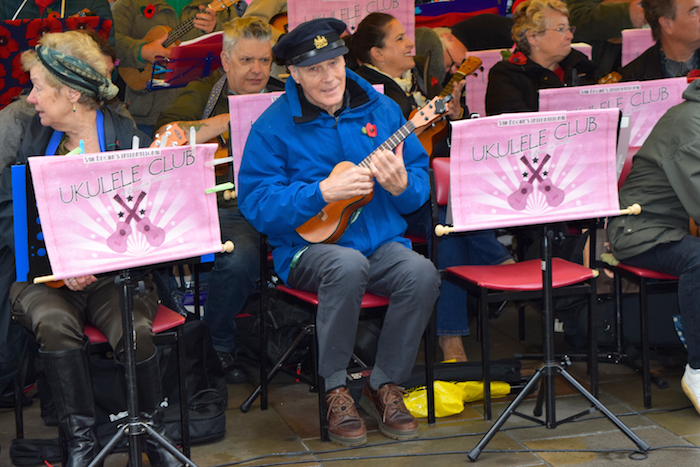 Sam Brown and her ukulele band wore their poppies with pride as they launched the Royal British Legion Poppy Appeal on Saturday. The infectiously cheerful group, who have played at the appeal launch for past eight years, brightened the stormy morning with their medley of popular songs, including Cecilia, These Boots Are Made For Walkin’ and Johnny Cash’s Ghost Riders in the Sky. The first poppy was then purchased by Deputy Mayor, David Eggleton, from John Green, chairman of the RBL Henley & Peppard branch, marking the beginning of a fortnight of remembrance.

Spectators defied the drizzle to watch the ukulele band perform in Market Place, adding their own voices to the chorus for Johnny Cash’s Daddy Sang Bass and a mash-up of It’s A Long Way To Tipperary and Pack Up Your Troubles. As she invited the audience to participate, Sam Brown joked, “I can tell you’re just gagging to sing, everyone. I can see on your faces the creativity just spilling from your pores and your ears and your nose and your eyes.”

The Henley Poppy Appeal Launch would not be complete without a performance from John Green, who was this year joined by Martin Akehurst as they marched and sang and danced in front of the band. The two were dressed in uniform, with John Green wearing an original soldier’s uniform from the First World War, and Martin Akehurst in a fighter pilot’s attire.

This year’s Royal British Legion Poppy Appeal aims to highlight the unseen contributions made by the Armed Forces community. Many celebrities have gone undercover to join forces with poppy collectors across the UK. Annie Arscott, organiser of the Henley poppy appeal, said on Saturday, “We have our own celebrities here today as you will have guessed. Lots of people dress up, and Sam brings along everyone here and god love them, with the weather it was going to be today, good old British spirit — they’re still here. We’ve had to rescue the tent a few times but they’re still here.”

The money raised by the appeal will go towards helping members of the British Armed forces, both those in currently service and veterans, as well as their families. “The importance of today is obviously to raise money for the poppy appeal, and to kick off two weeks of which actually, in Henley, people are very generous,” Annie explained. “The aim is to get over £50 million this year and it’s there to support servicemen, their families and the veterans, but not only that, it’s for the civilians who support the soldiers at GCHQ.” Annie’s son, James, is a Captain in the Royal Marines, so she knows firsthand how valuable the support of the Royal British Legion can be. “My own son is about to be deployed operationally towards the end of the year, so I know from personal experience, absolutely it’s to support them,” she said.

With the Remembrance Service taking place on Sunday 10th November, there is still chance to contribute your time to the appeal. Annie expressed, “The biggest thing for me is to say if anybody out there does want to help collect, house to house or anything, contact me on 07702 130432. Leave a message and I will get back to them.”

The 2019 Remembrance Service will take place at 10:45am on Sunday 10th November, on the Town Hall steps.