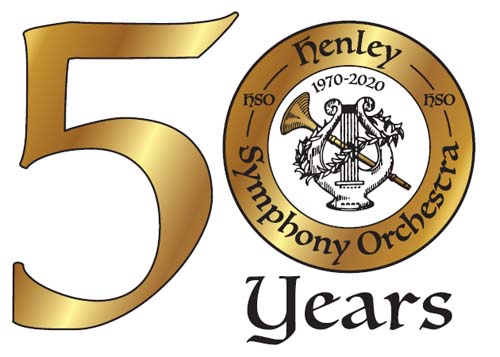 Henley Symphony Orchestra will be starting their 50th anniversary celebrations with their Winter concert on Sunday 17 November (4.00pm) at Reading Concert Hall.

The concert will open with a fanfare of Light Cavalry Overture by Franz von Suppé. They then welcome Adrian Brendel as soloist in Dvořák’s expressive Cello Concerto, composed while Dvořák was working in New York and imbued with a sense of longing for his native Czech homeland. The concert ends in dramatic fashion with Tchaikovsky’s powerful but melodic Fourth Symphony. Written at a time of personal turmoil, it is punctuated by a repeated ‘fate theme’, heard in the opening fanfare and again in the surging conclusion.

Creative innovation and musical versatility rank high among the list of attributes of London-born cellist Adrian Brendel. Raised in the great 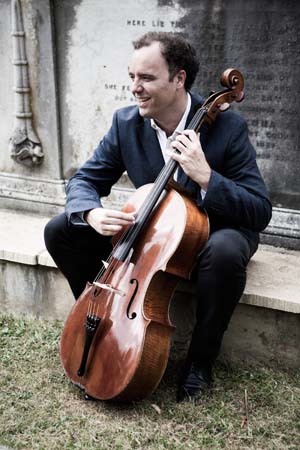 central European tradition of music-making, he has forged strong and enduring partnerships with many fine artists, appearing with them at the world’s most prestigious festivals and concert halls. Adrian’s musical passions also encompass jazz and world music, influencing his decision to join the Nash Ensemble in 2014.

His first cello teacher was William Pleeth. He later participated in masterclasses with Kurtág, Ferenc Rados, members of the Alban Berg Quartet and with his father, world-renowned pianist Alfred Brendel. A critically acclaimed recording of Beethoven’s cello sonatas with his father is available on the Philips label. As a concerto soloist, Adrian has appeared with the Academy of St Martin in the Fields, the Royal Scottish National Orchestra, the Scottish Chamber Orchestra and many orchestras in Germany and Eastern Europe.

Henley Symphony Orchestra (HSO) was started by a group of Henley parents sharing an idea while their children took part in music lessons. From the first concert held in a borrowed marquee in Shiplake, HSO has gone from strength to strength and, under the guidance of Ian Brown, is now one of the country’s most established amateur orchestras. It attracts some 60 players from across the Thames Valley and promotes an annual series of four concerts featuring internationally acclaimed artists. HSO has also given performances in Henley’s twin towns of Falaise and Leichlingen, at Bled International Music Festival in Slovenia and on the floating stage at the Henley Festival.