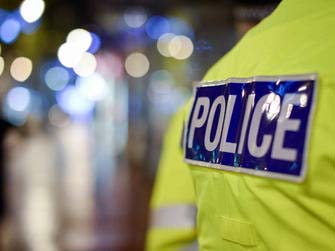 Henley Town Council are currently reviewing the funding they give towards the cost of a Police Community Service Officer (PCSO) and discussing ways of reducing incidents of anti-social behaviour including a proposal to install CCTV at Makins Recreation Ground and Freemans Meadows.

The Town & Community Committee (T&C) discussed the PCSO funding at their last meeting when they were reviewing the budgets for next year (2020-2021). Currently HTC provide £17.2k to fund 50% of the cost of a PCSO which is then match funded by TVP to cover the cost of one full time PCSO specifically for Henley. Everyone’s Council Tax already includes a police ‘precept’.  The Committee decided to invite the police to attend the next Committee meeting for an update and to detail what the PCSO does in Henley before a decision can be made.  The wording of the PCSO contract is to be checked and CCTV reports are going to be asked to made available to the T&C.

Henley Town Council have provided a grant of £2.5k to Nomad Community Project for increased youth outreach work with a further £5k pa allocated for 2020/21, 2021/22 and 2022/23 and have agreed to fund anti-vandal paint for the roof of Brunner Hall next to Makins Recreation Ground.  After police advice, a bench and bin at Makins Recreation Ground has been temporarily removed to also deter anti-social behaviour activities.  The Makins car park has had incidents of anti-social behaviour late at night and members discussed whether the car park should be locked at night.

The Recreations & Amenities Committee discussed the proposal to install re-deployable CCTV which can be moved around sites which comprises of standalone cameras which are mounted on poles. Since there are no streetlights or alternative power sources at either park, an electricity supply would need to be installed.  The cost for the installation of re-deployable CCTV at both Makins Recreation
Ground and Freeman’s Meadow is estimated at £32,733.15 (excluding the cost of x 2 poles for mounting the cameras and cabinets). The annual running cost is estimated at £480 for 2 data packages, plus electricity costs.

It was agreed that further investigations on costs and the practicalities of the CCTV installation should be looked into along with monitoring the anti-social use of Makins car park for the next 3 months before deciding whether the gate should be locked.