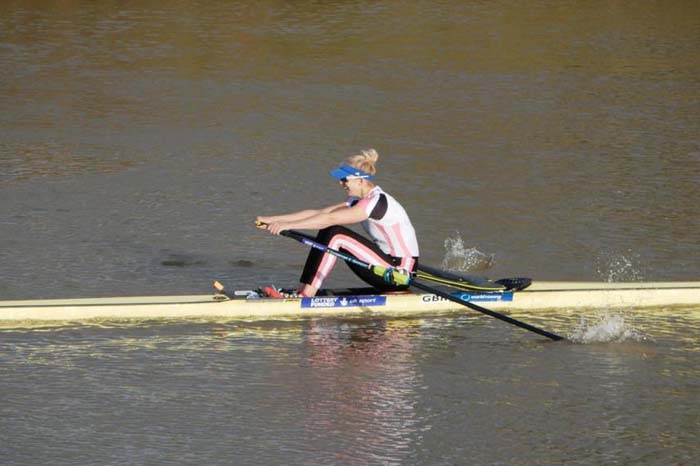 Leander Club athletes travelled in force to Boston, Lincolnshire to compete in the first GB assessment trials of the year.

Sixty-six Leander Club athletes took part in the two-day trial, which consisted of a 2000 metre ergo test on Saturday at the Boston Rugby Club and then on Sunday, a 5000 metre time trial on the water in pairs and single sculls.

On Saturday Leander Club athletes achieved some solid scores to qualify them to take part in the water assessment the following day.

Thankfully the forecasted wind and rain stayed away on Sunday leaving good conditions to race in.

Division one was for the men’s pairs and scullers, where Leander had thirteen pairs racing (some as composite crews) and fifteen single sculls.

Tom Ford and Jacob Dawson from Leander Club were the overall winners of the men’s pairs, with Leander athletes occupying eight of the top ten finish positions, and eleven in the top fifteen.

Division two was for the women’s pairs and scullers. Leander had nine pairs and nine scullers racing.

Rowan McKellar from Leander with Rebecca Shorten of Imperial College was the fastest pair of the day with Leander athletes occupying eight of the top ten places.

Club captain Vicky Thornley (pictured above) was the fastest women’s sculler of the day ahead of Holly Nixon from Leander, who returned to racing with a bang after a long time out with illness. Holly has been training with the Club squad since September while she has been recovering, so to achieve second place is a great result.

All in all, the Club had a very successful weekend with plenty of promising results to build on over the next few weeks until the next assessment in December.