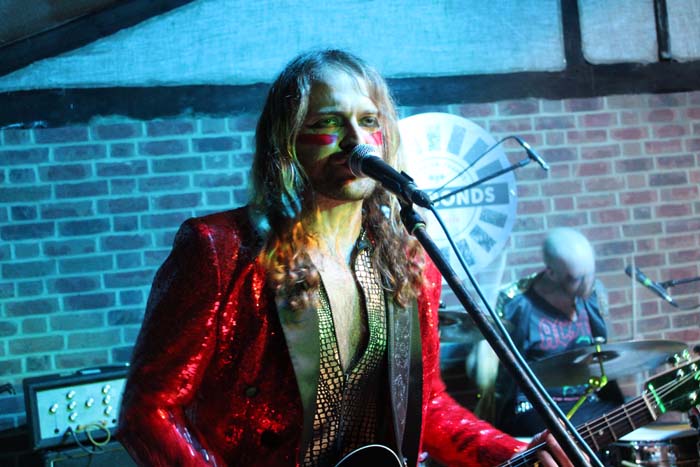 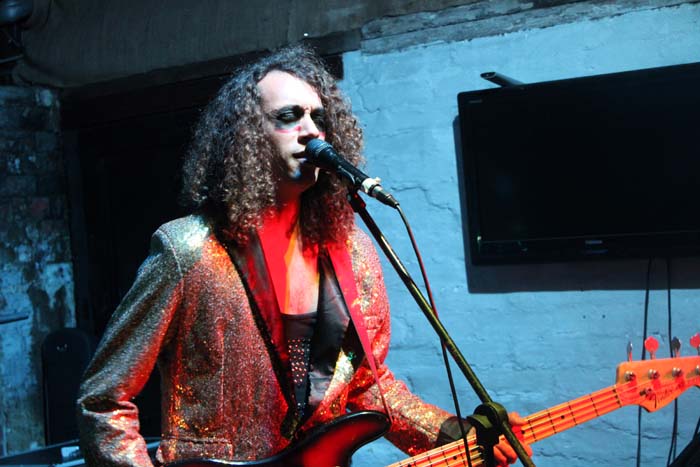 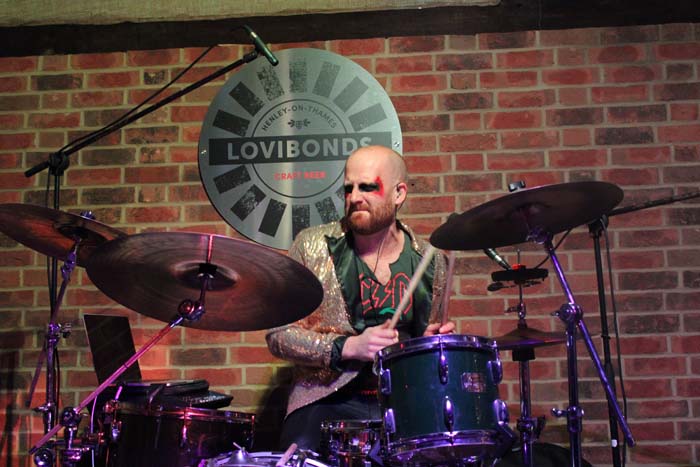 Glam rock, Spandex clad Flash Heart were back at Lovibonds on Saturday night performing their usual eclectic mix of music for the last time.

With Lovibonds being forced to close in January, this was Flash Heart’s last performance there and they certainly put on a heart-felt farewell finale.  Over the years Flash Heart have been a regular favourite at Lovibonds. Playing to large and enthusiastic crowd, the Tap Room off Greys Road car park was nearly full to bursting.

Taking to the stage, the show opened with Are You Going To Go My Way by Lenny Kravitz and their set included some unusual rock cover versions of Easy Lover by Phil Collins and Shakatak’s Ain’t Nobody! With their long hair swishing and showing off their guitar riffs, lead singer Tom Michell and guitarist David Page played to the audience like the rest of bands from the Glam rock era. Sam Wilkinson on drums got to show off too during his drum solo parts.  Right from the start the crowd were dancing and singing along.  Other songs in the set included Play That Funky Music by Wild Cherry, Superstition by Stevie Wonder, Highway To Hell by AC/DC, Sharp Dressed Man by ZZ Top and our favourite Kiss by Prince.

It’s a great shame that Henley is losing its main rock music venue at Lovibonds, but we’re hopeful owner Jeff can find somewhere nearby to relocate to. And then continue to provide more nights of great music – and beer – in the months and years to come!

Catch some more great free music before Lovibonds closes – dates and details below:

Saturday 16 November 8.30pm – The Chevrons Band – party band with a varied playlist ranging from the 60s through to the present day

Saturday 21st December – From 6pm – Lovibonds Christmas Bash – with a mix of live music and open mic, headlined by a local visual DJ.