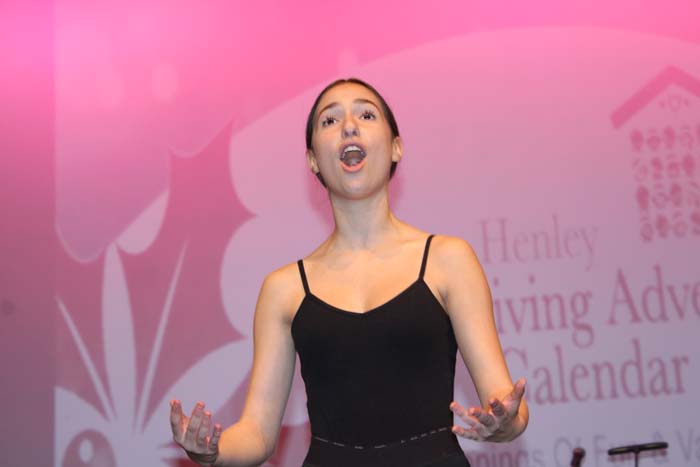 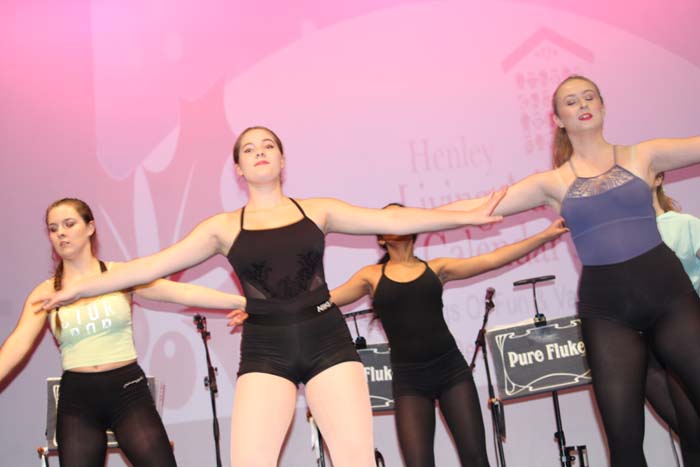 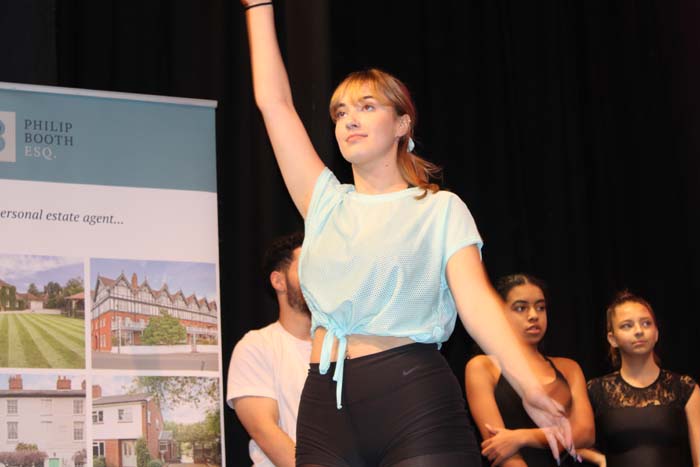 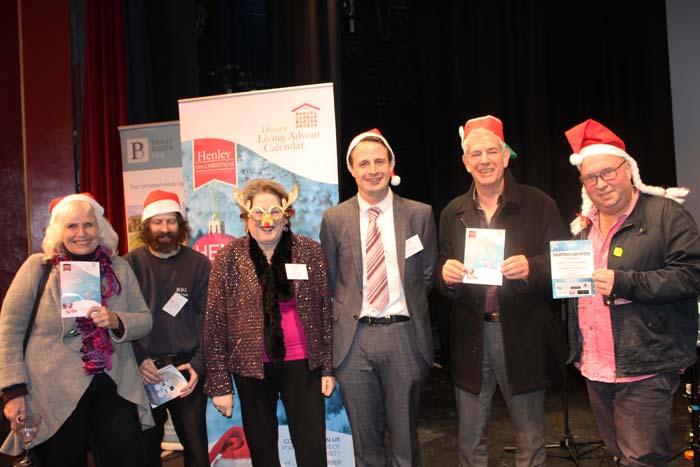 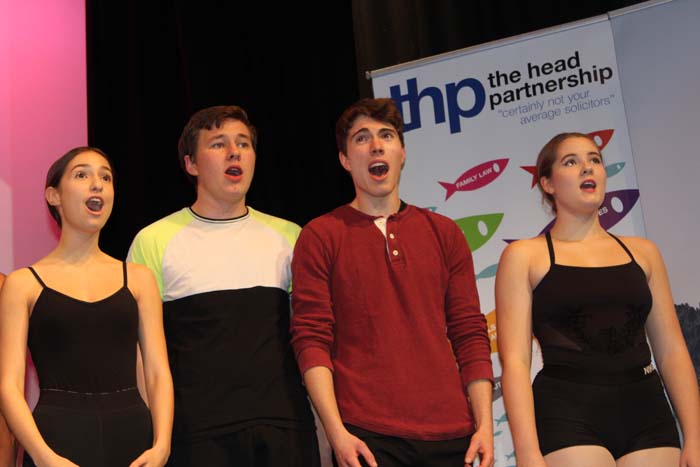 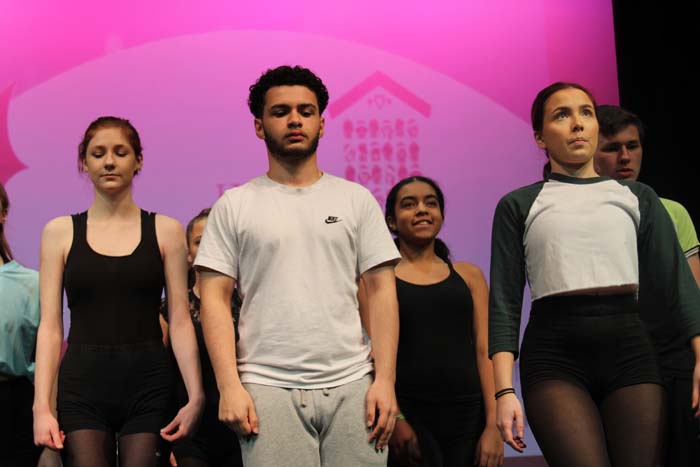 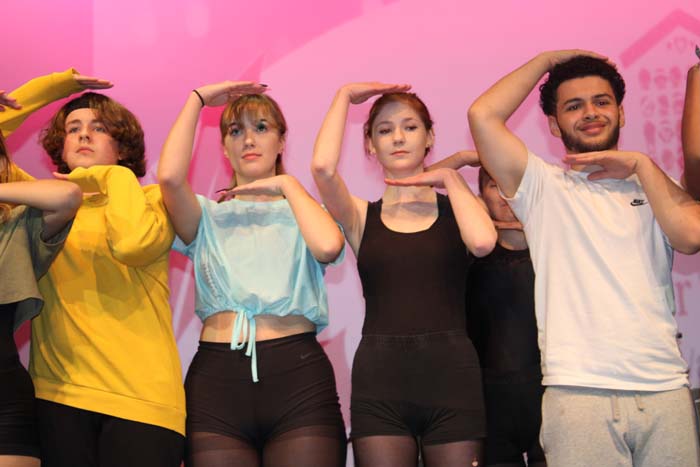 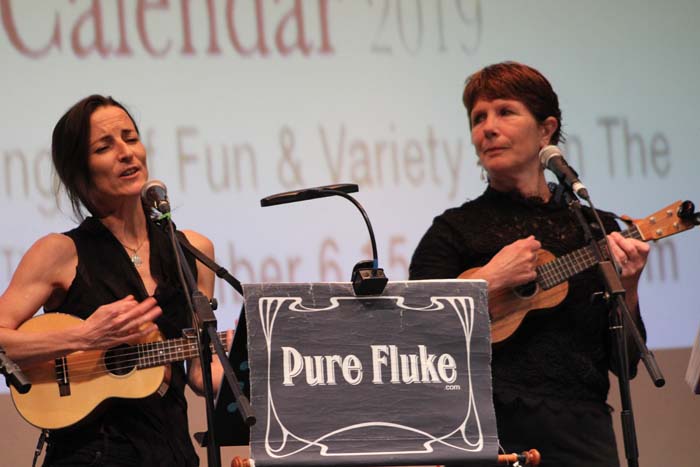 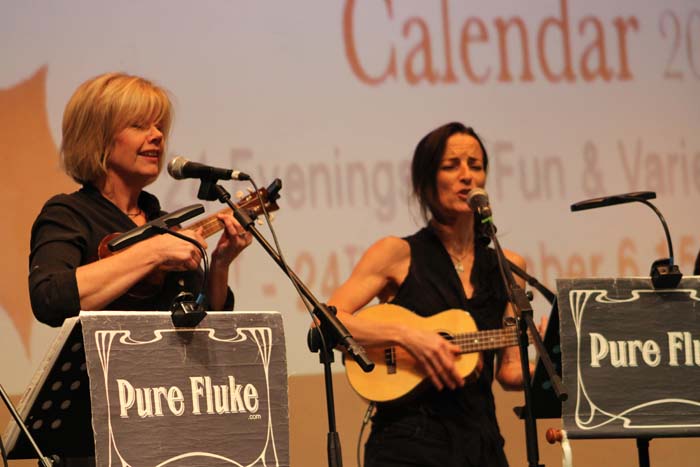 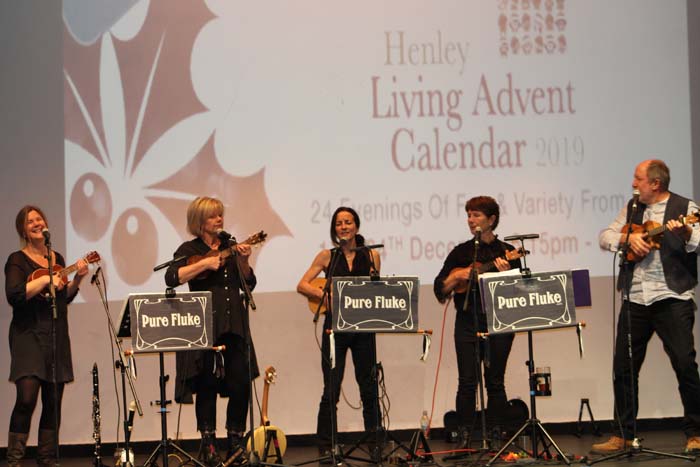 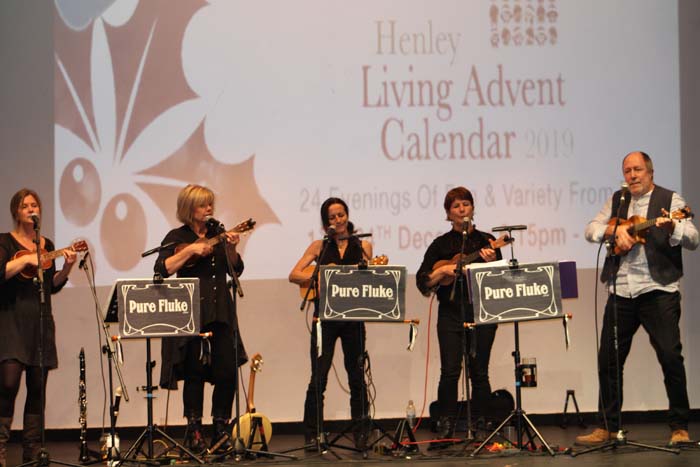 This is the ninth year of the Living Advent Calendar and the sixth with Richard at the helm.  Giving a flavour of this year’s surprise acts, The Henley College opened last night’s show with some great excerpts from their forthcoming show, The Chorus Line.

Richard thanked the team at the Kenton for hosting the evening.  He said, “Such a fitting venue for us with it’s quintessentially Henley festive variety show feel to the place.  We’re back here again as part of the event on 12 December.  Apparently there might be something else going on that day and perhaps rather fitting we should be here at the local home of the pantomime that evening!”

Talking about the event Richard added, “Let all the parts of Henley come together across December to spread and share bucket loads of festive cheer, to have a right old knees up, enjoy some fabulous food and entertaining performances and fill our collection buckets for no fewer than 25 charities.  Oxfordshire Lowland Rescue are a new charity for this year and their evening will be on the 18 December at the new venue, Thamesfield Village on the Wargrave Road.  Over the last couple of years the event has raised nearly £6,000 for charities.  Richard commented, “We want to break that barrier this year.”

Each night’s performance is at a different venue starting at 6.15pm.  There are two other new venues this year – the Spice Merchant on Riverside on 6 December and the Harrods Cafe on Market Place on 23 December.

Henley’s Living Advent Calendar was the first in the UK – it has been copied by towns all over the UK.  Richard commented, “People want to find out about the first and best event. Other Living Advents are inspired by and aspire to be Henley.  Henley is a special town with some special venues with special people, talented people and people doing great work. It’s a town that punches above it’s weight in each and every way and when we all come together it creates such special occasions.”

What sort of acts will there be? Well there will be some tried and tested ones returning but some new ones too.  They’ll be singers, dancers, story telling, jumping and tumbling.  Richard explained, “There will be a couple of other things where frankly I’m not entirely sure what it is but I’m sure it will be alright on the night! We thought we might even be about to set a world record but China has that we won’t get close to but I’m sure it will be a Henley record if not even a British record.  You’ll just have to come along and see what I mean next month.”

The evening ended with one of the Living Advent Calendar’s favourite groups, Pure Fluke who played a set including the festive Fairytale of New York, KT Tunstall’s Black Horse & The Cherry Tree and Amy MacDonald’s This is Your Life.  Dave from the band might have given the game away last night that they might be performing again this year but you’ll have to come along and find out!

Pick up a Living Advent Calendar programme at coffee shop near you!  Or download all the details at http://www.livingadventcalendar.co.uk/

The Henley College’s Chorus Line is on from Wednesday 11 December to Saturday 14 December at Rotherfield Hall.  Tickets are £10 and are available buy by calling 01491 579988.

Flash Heart Give Heart-Felt Finale at Lovibonds
Scroll to top