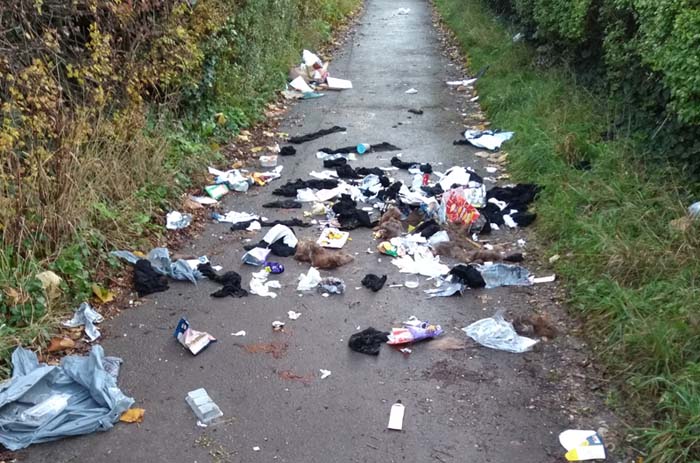 The photo below was taken yesterday of further rubbish strewn all over the footpath which had evidence of correspondence from residents in Duke Street.  This information has been passed on to the relevant Enforcement Officer. 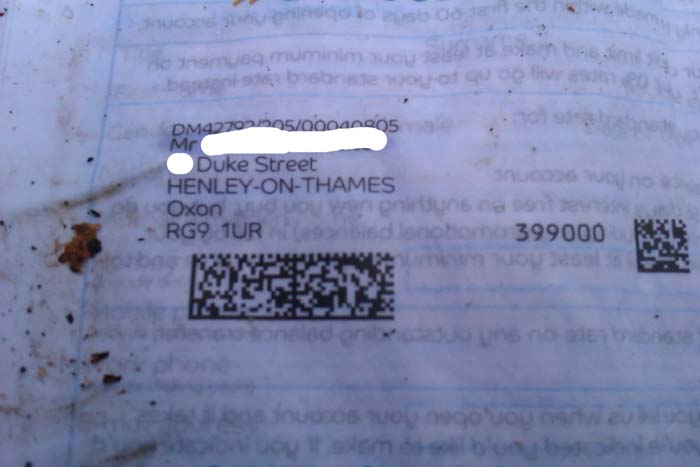 For the second time in 2 weeks, the Herald has received photos of rubbish strewn all over the footpath which runs along side Norman Avenue off the Reading Road up to Trinity School.

This week, our reader also picked up a wrapping from an ebay package which could help find out who is responsible for this latest mess.

The reader said, “For three days running this week there have been instances of rubbish and broken glass along the footpath running parallel to Norman Ave in Henley. The photo below may give clues as to who is doing it, or not securing their rubbish properly.”

The photos and an email was sent to Biffa who are the contractor employed by South Oxfordshire District Council who are responsible for Henley’s street cleaning.

We highlighted this to Henley Town Council too.  Henley Town Clerk Sheridan Jacklin-Edward said, “A resident who lives near the lane has been in touch with us highlighting these incidents, which appear to have been taking place regularly over the past couple of weeks. Just this afternoon I had a meeting on site with Environment Warden, Gary Marcham, from South Oxfordshire District Council, and the resident who highlighted the issue. SODC will be monitoring the situation closely and also have a couple of promising lines of enquiry to identify the fly-tipping culprit.”

“Whilst street cleaning is the responsibility of the District Council, the Town Council are always concerned by any littering and fly-tipping incidents, and will help champion the needs of our residents and work with our colleagues in the District and Council councils to reach a solution.” 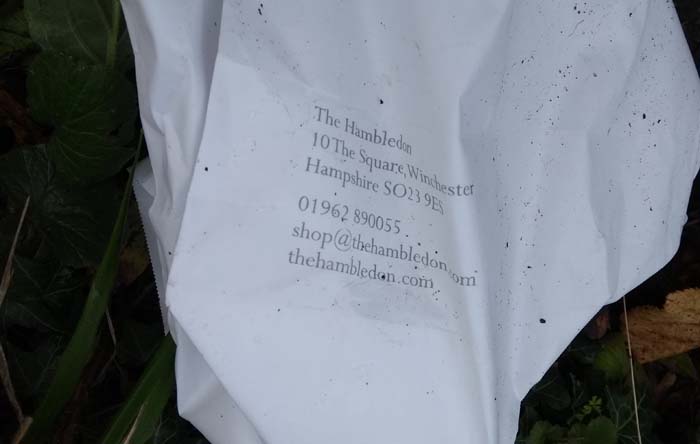