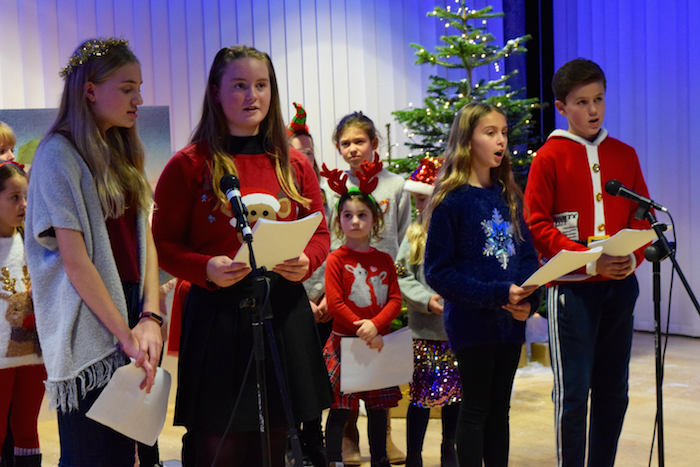 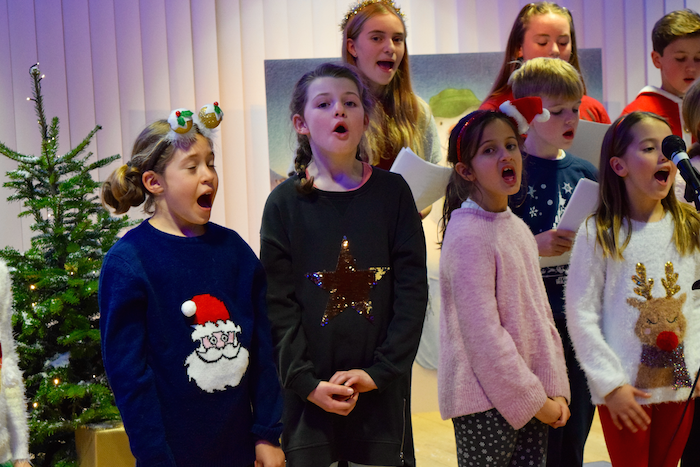 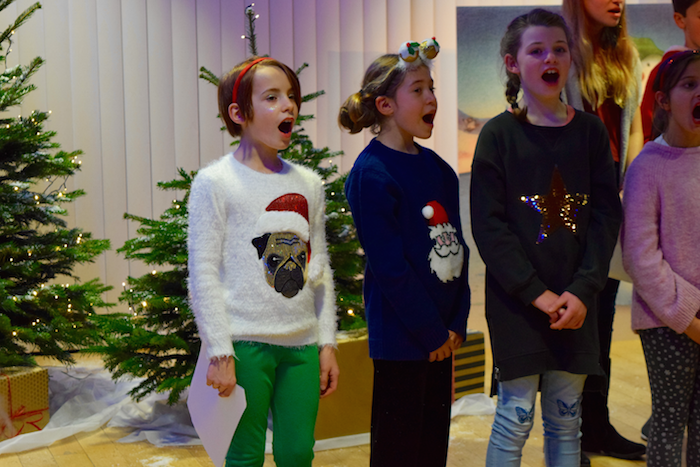 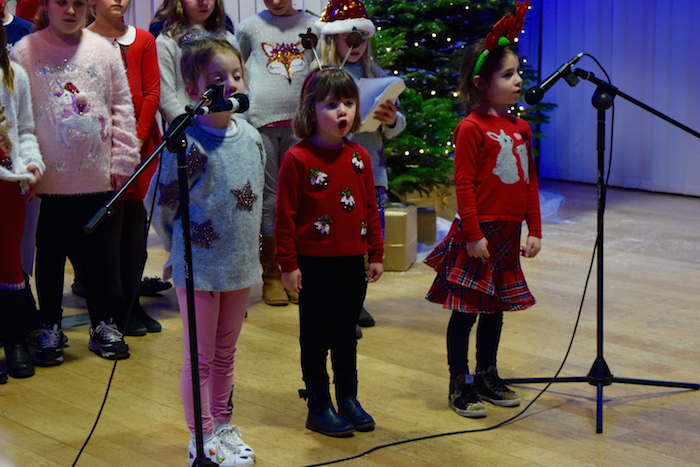 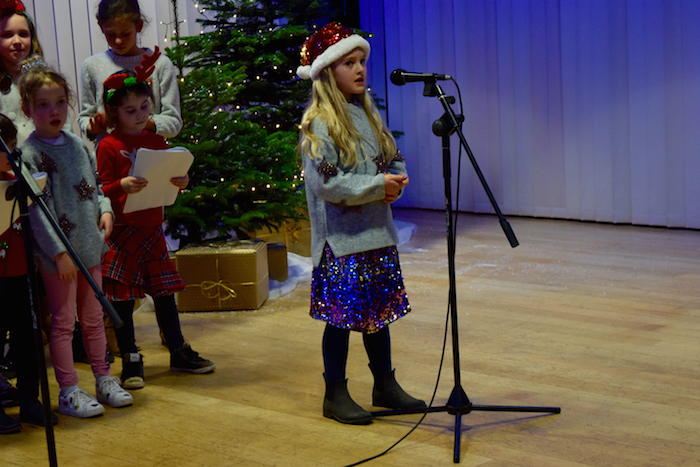 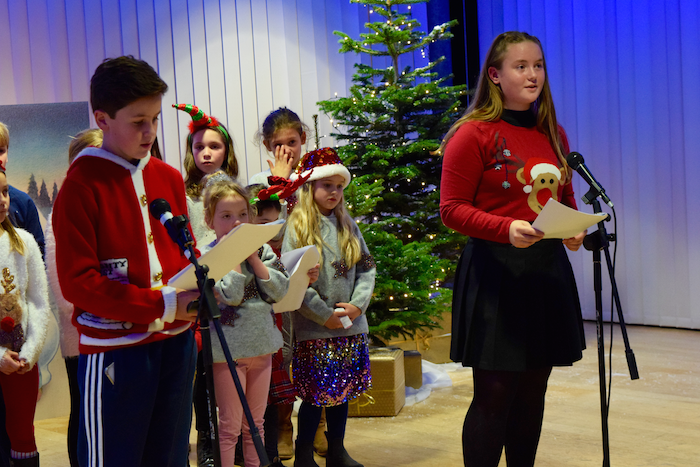 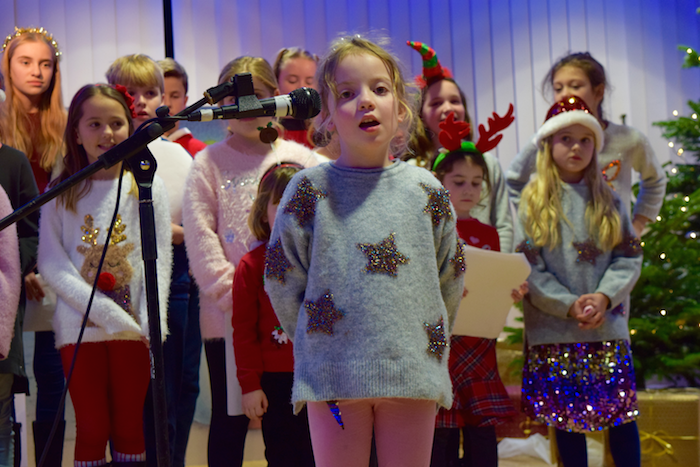 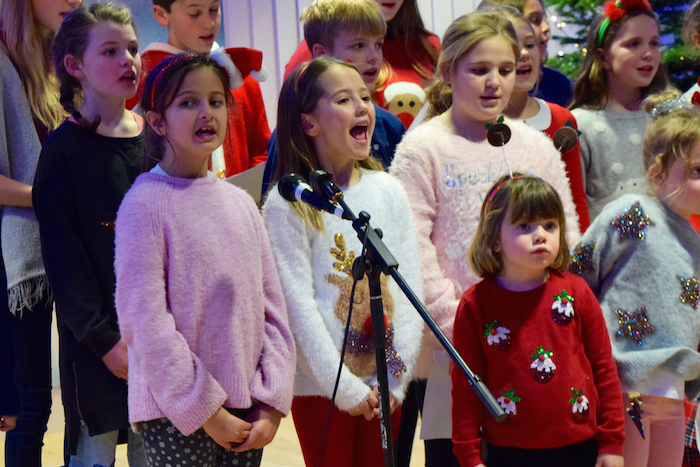 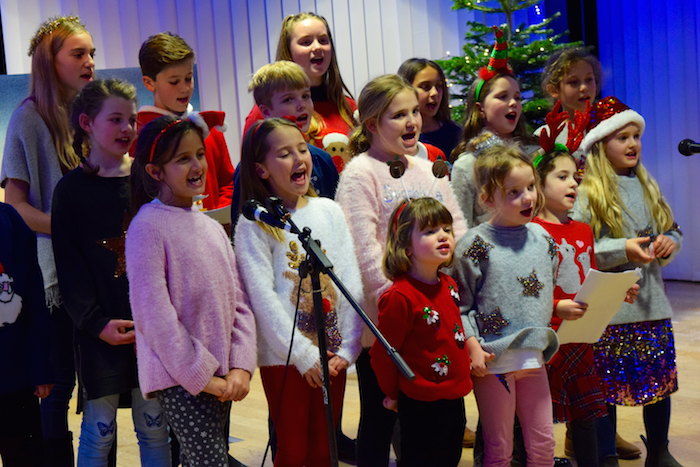 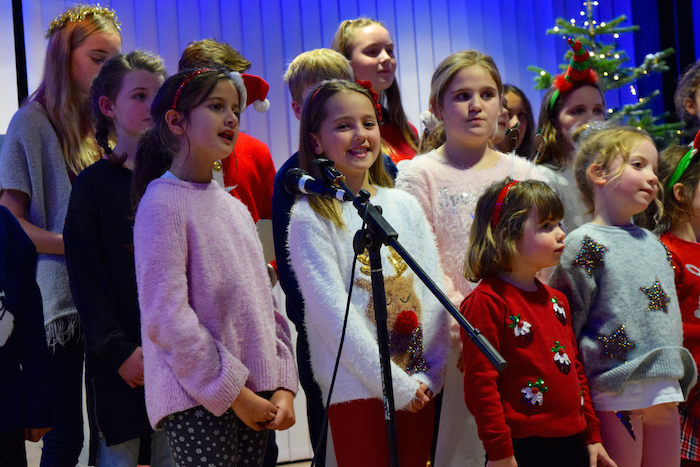 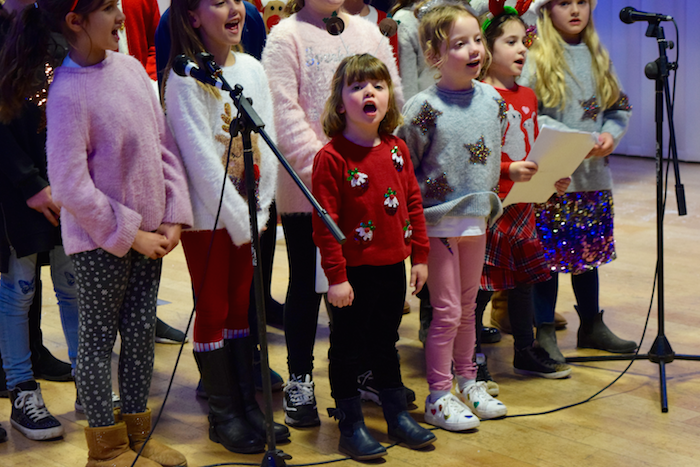 Hearts melted at Day 3 of the Living Advent Calendar as Henley Children’s Theatre put on an irresistibly sweet performance. The group of talented young performers sang a medley of famous Christmas hits at the River & Rowing Museum, in aid of the museum itself.

Living Advent Calendar devotees were thrilled to be shielded from the cold as Richard Rodway opened door 3 into the River & Rowing Museum’s Thames Room. Behind the door, Henley Children’s Theatre were waiting in the twinkling room, a gorgeous backdrop of Christmas trees behind them. Many of the children were dressed in fittingly festive attire, with tinsel crowns, reindeer antlers, Christmas jumpers, and a dazzling supply of sequins.

The performers began with a rousing rendition of Santa Claus Is Coming To Town, followed by the jolly Christmas classic, Let It Snow. A few of the children wowed the crowd with solos, duets and small group numbers, showing impressive confidence and stage presence despite their age. Tilly sang I Saw Mummy Kissing Santa Claus, and was joined by Claudia and Billie for the funny nursery rhyme, Three Little Kittens.

Ada and Daisy sang the gentle carol Away In A Manger, whilst Lottie and Woody had fun with the ever-playful Baby It’s Cold Outside. Lottie and Woody also performed Nat King Cole’s The Christmas Song with Sophie and Seren.

The group ended in Henley Children’s Theatre tradition with the song, Pantomime Pantomime, giving the audience a sneak preview of their upcoming pantomime, Puss In Boots. The performers brought the house down with their show, receiving multiple rounds of enthusiastic applause. They then helped Mayor Ken Arlett and Richard Rodway to draw the raffle tickets and hand out the prizes, many of which were The Snowman & The Snow Dog themed.

The third night of the Living Advent Calendar was raising money for the River & Rowing Museum, a charitable foundation itself. As well as enjoying the wonderful melodies of the Children’s Theatre, the audience could also devour warm mince pies courtesy of the Chocolate Cafe.