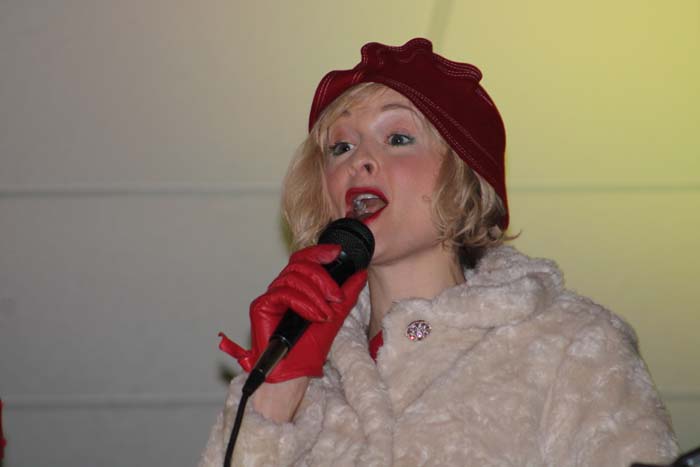 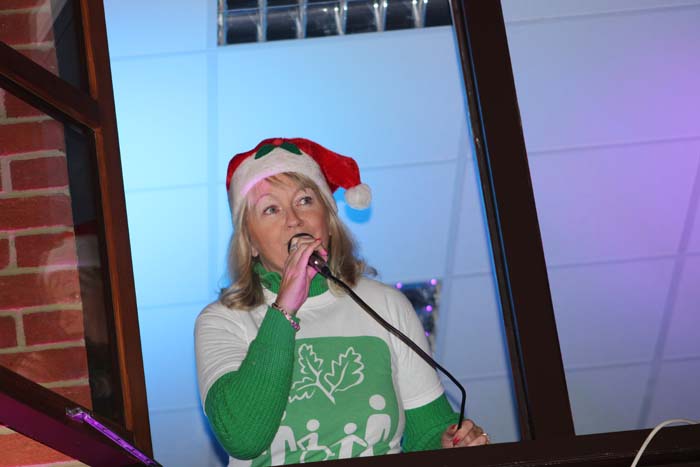 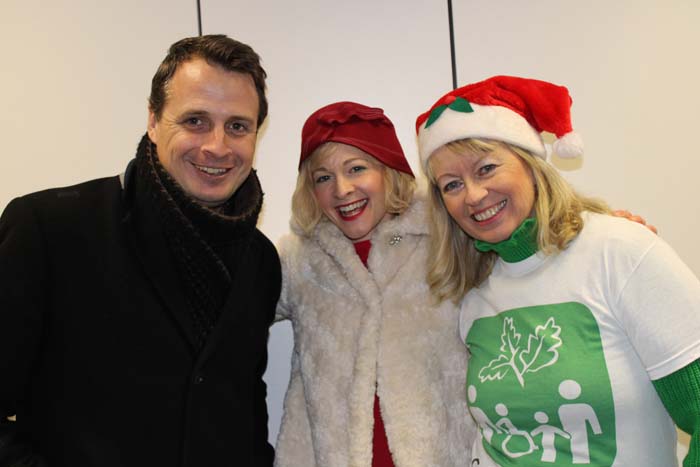 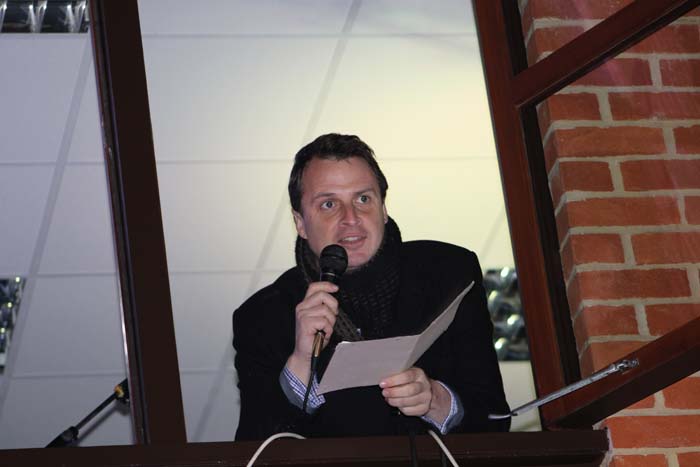 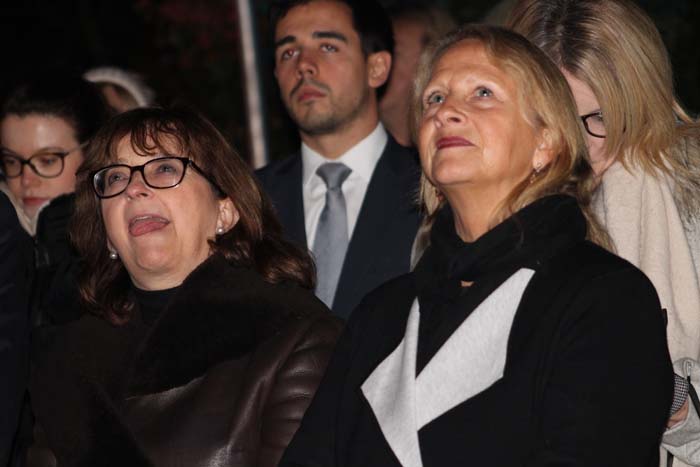 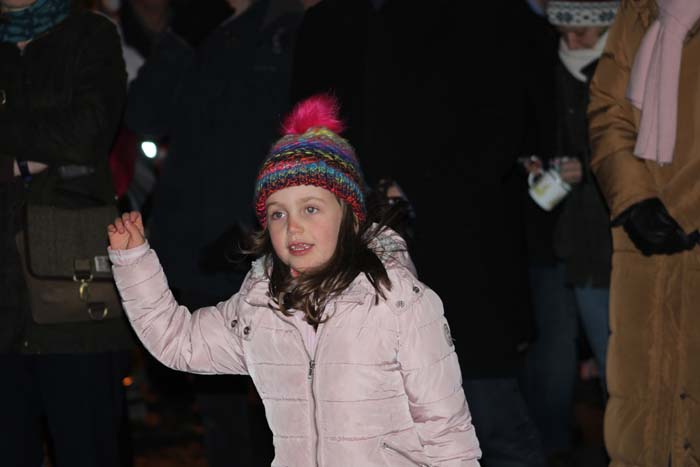 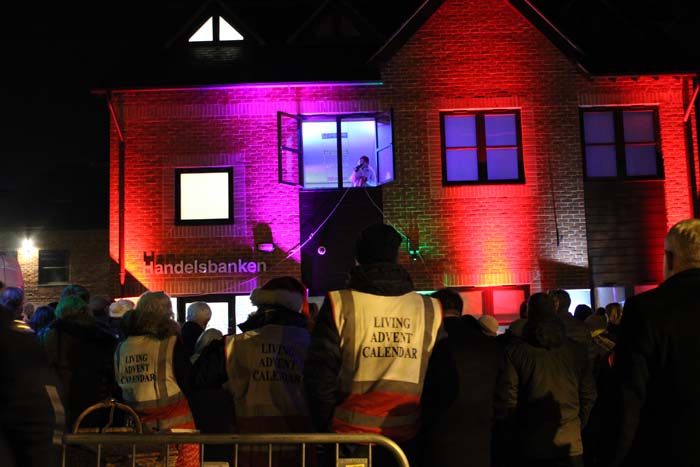 After three years of trying, Kitty Mazinsky debuted at the Living Advent Calendar at Handlesbanken in Greys Road car park on day 4.

Singing from the first floor window, Kitty’s beautiful voice wowed the audience with a festive vintage-style medley of songs opening with Santa Claus is Coming to Town and followed by songs which included Rudolph The Red Nose Reindeer, Jingle Bell Rock, Let it Snow before the wonderful rendition of the Christmas carol, Silent Night.

On one of the coldest nights of the year so far, Kitty got the crowd singing and dancing along to keep warm.  She ended with everyone joining in We Wish You a Merry Christmas.

Kitty is a regular entertainer at the Over 60s Club in Henley.  She said afterwards, “The first year Richard approached me I held the date and then the venue was different and it didn’t work, and then the following year the dates didn’t work.  I am so happy to finally come and do it this year.  It such a lovely event – who would not want to be part of it.  I love Christmas and really love singing Silent Night.  I love both singing and listening to it.  I would definitely come back if they’ll have me.”

LAC Organiser, Richard Rodway said, “It’s been a long time coming.  It was definitely worth waiting for – Kitty was great.  We booked the date in really earlier this year (January I think) and then I immediately thought of this venue as it is spot on for Kitty.”

The evening was raising money for Camp Mohawk in Wargrave.  Annabel Hill, Camp Mohawk Fundraiser said, “We support over 500 registered families in the area who can come and enjoy our facilities.”

In the first three nights, the LAC has raised more than ever before for the charities they have supported.

Tonight (Thursday), the doors will open at Leander Club for the surprise performance at 6.15pm and the raffle will be supporting Riverside Counselling.