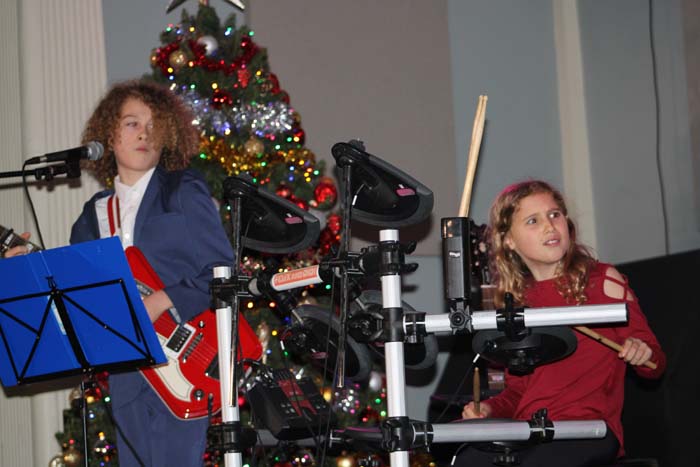 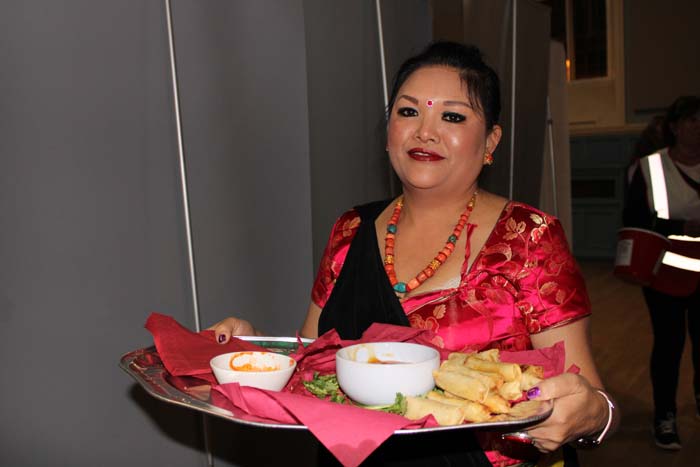 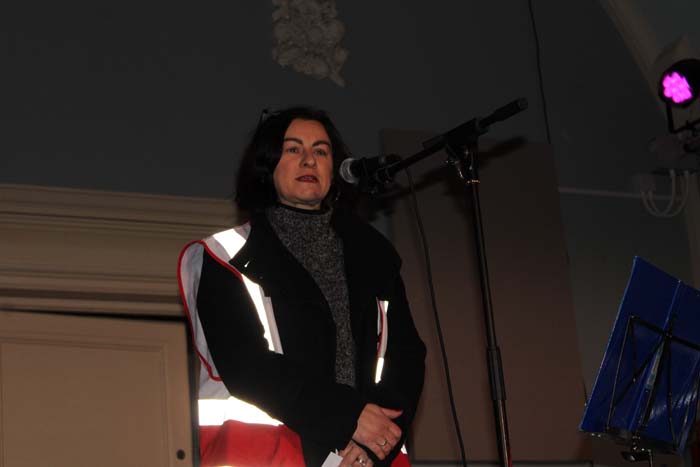 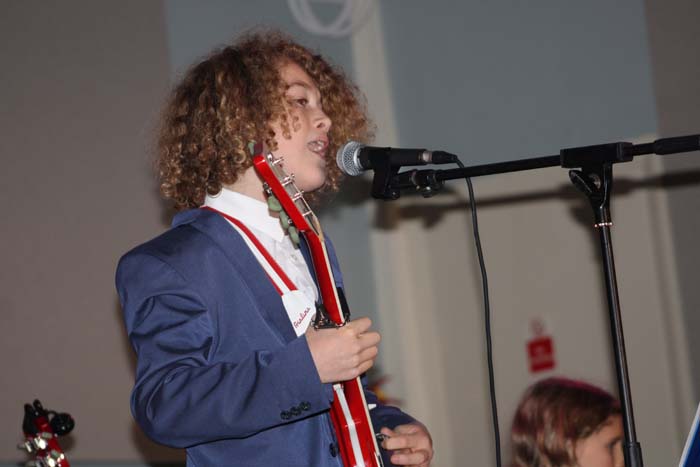 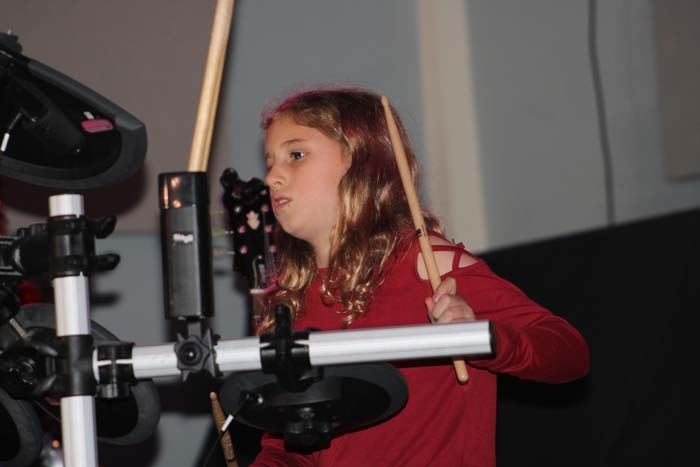 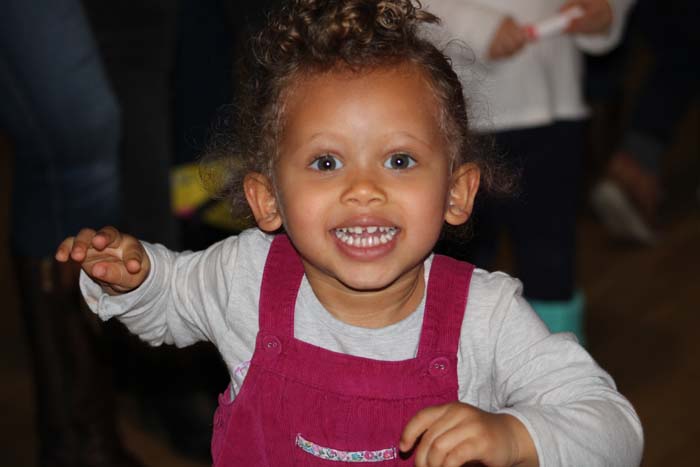 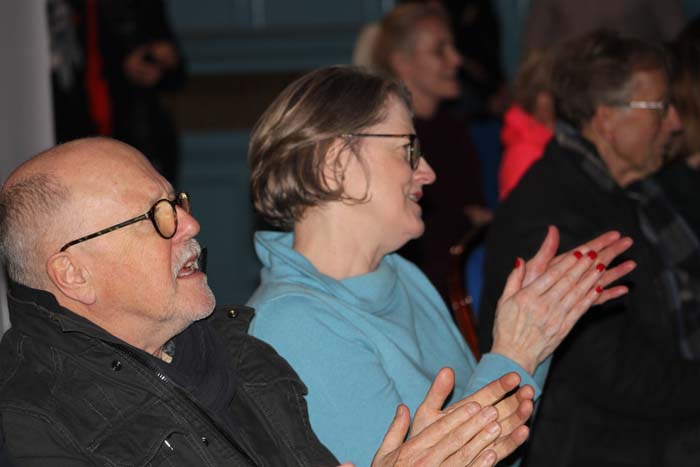 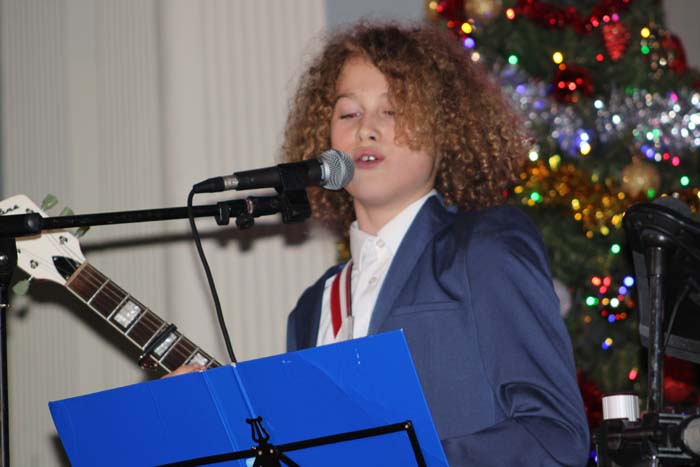 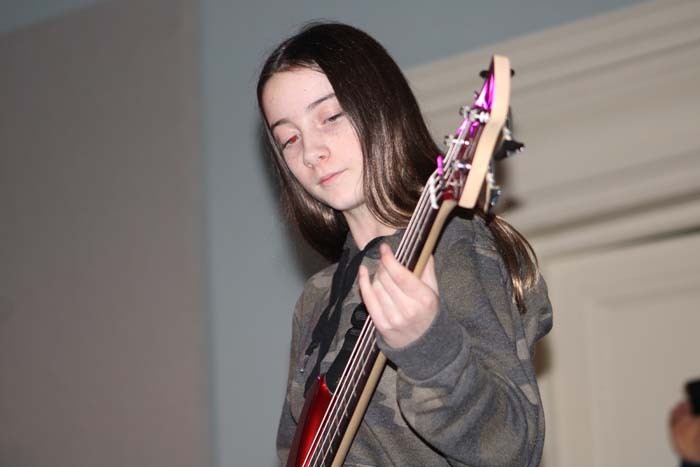 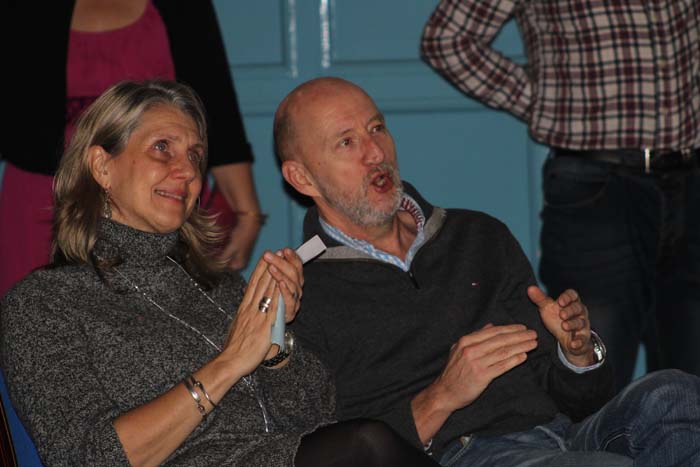 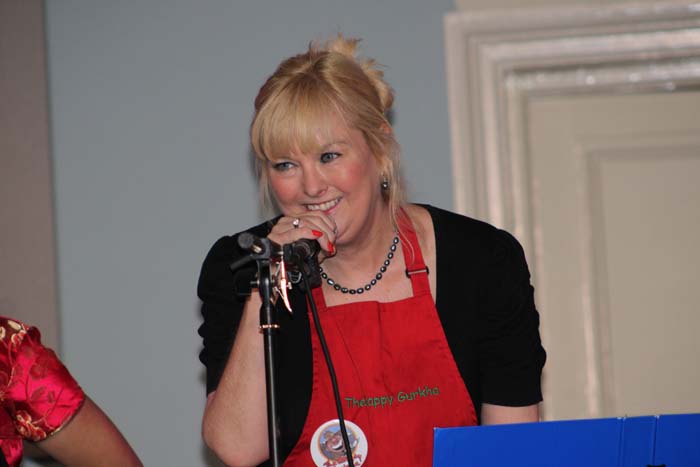 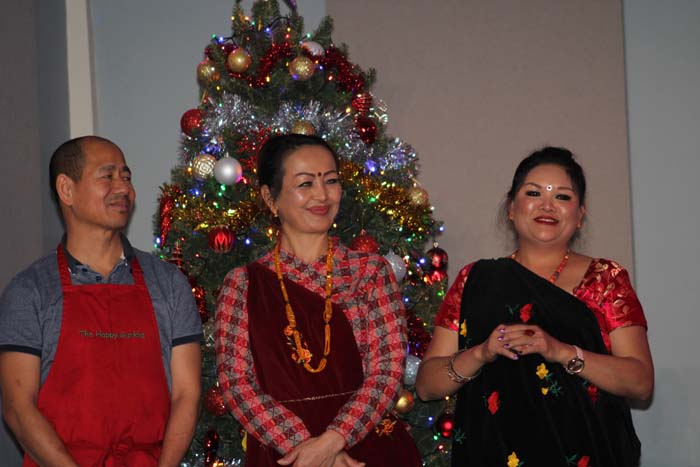 Brother and sister duo, Felix and Didi Richardson rocked a packed town hall on Saturday for night 7 of the Living Advent Calendar.

Before Felix (aged 12) and Didi (aged 10) started their set, LAC organiser, Richard Rodway said, “These are the coolest kids in town and in 20 years time remember you saw them here first.”

I Won’t Back Down by Tom Petty was the duo’s opening song and then they went on to play a cool rock rendition of Never Gonna Give You Up by Rick Astley, and some big tunes which included Sunday Driver and Steady as She Goes by The Raconteurs.  They were joined by Jess Robinson on bass guitar half way through their set.  Slade’s classic, Merry Christmas Everybody was their finale song and got the audience singing and clapping along.  Cries for an encore then ensued with Felix asking the audience to sing a part in the Seven Nation Army by The White Stripes after he sang “From the Queen of England” the audience were asked to sing “to the hands of hell!”

The evening was raising money for Headway Thames Valley who support people after they have had a brain injury.  They are based in Brunner Hall on Greys Road and provide support, rehabilitation programmes, art and music therapy.

Afterwards Felix said, “I’d like to thank everyone for coming to see us. I thoroughly enjoyed it!”  Didi added, “”It was great. I liked the raffle too.”

The event was sponsored for the first time by The Happy Gurka who provided the best refreshments of the LAC so far this year which included delicious Nepalese dal, samosas and spring rolls.  The food is cooked by Gurkas or family members of Gurkas and a donation is made to The Gurka Welfare Trust for each event they provide food for.  Samantha Thirlby-Smith, founder of The Happy Gurka said, “Thank you for having us.  It’s been a pleasure to be here for the first time. We hope you have enjoyed the food and you’ll consider us for an event in the future.