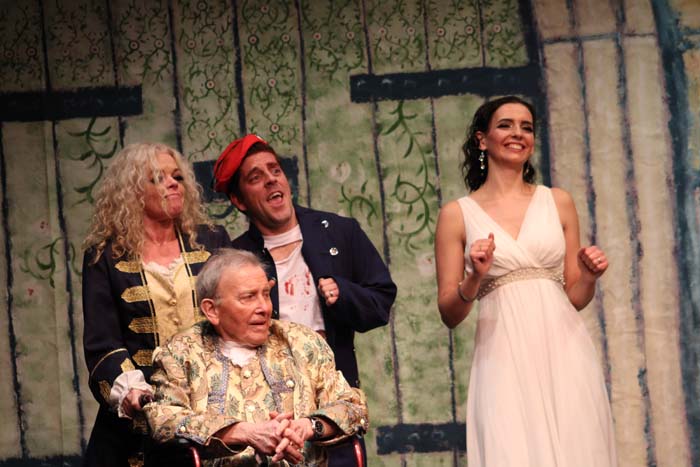 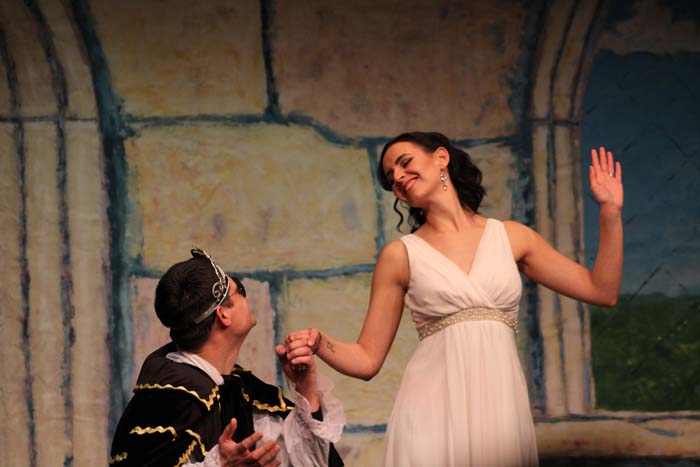 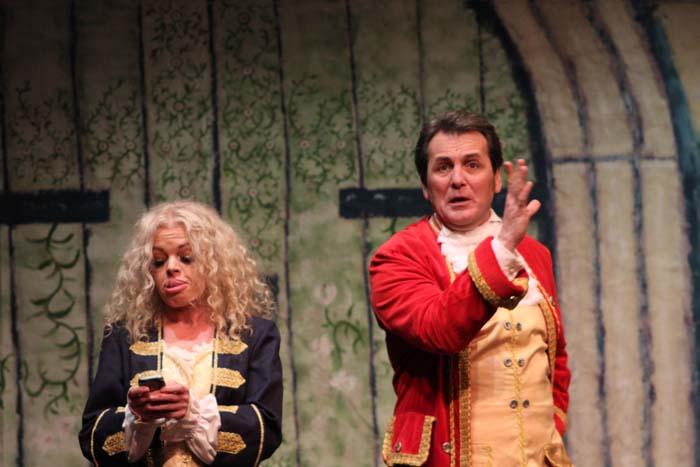 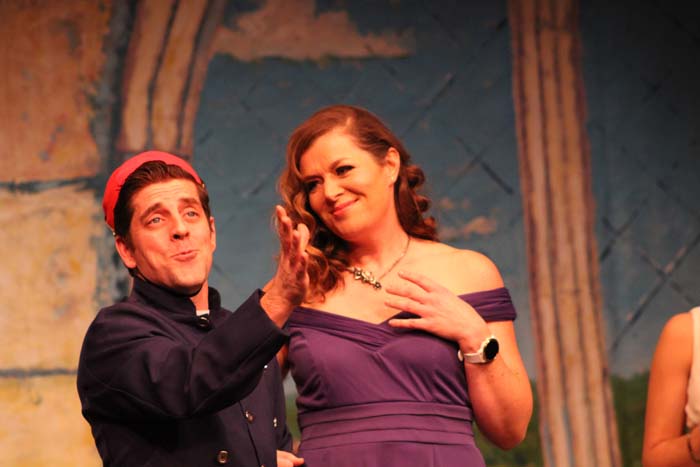 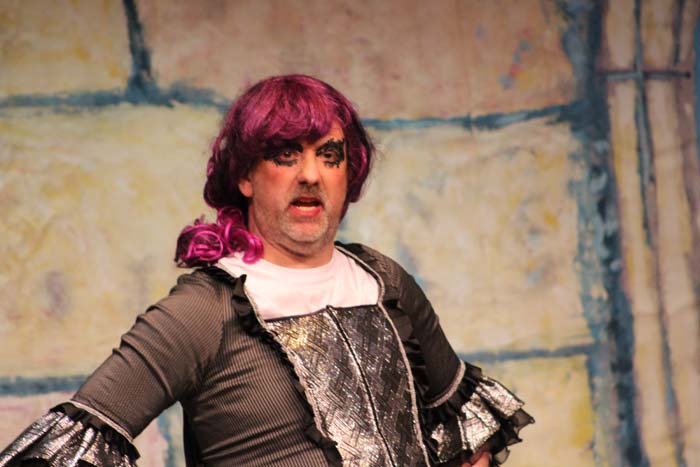 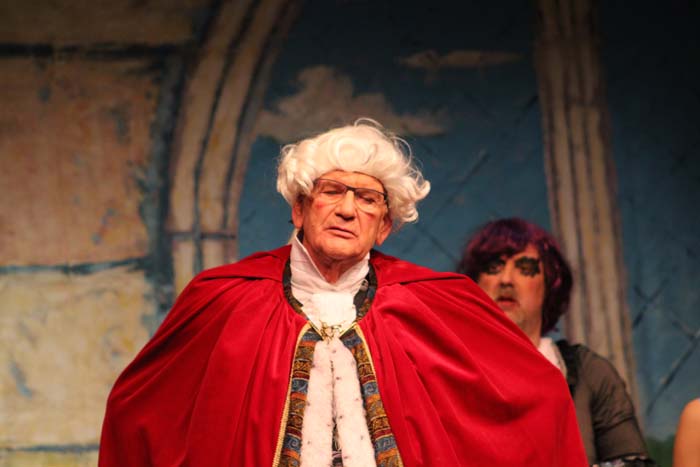 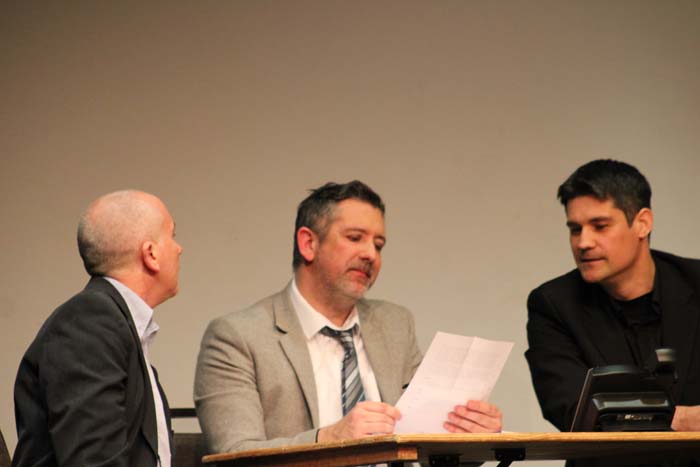 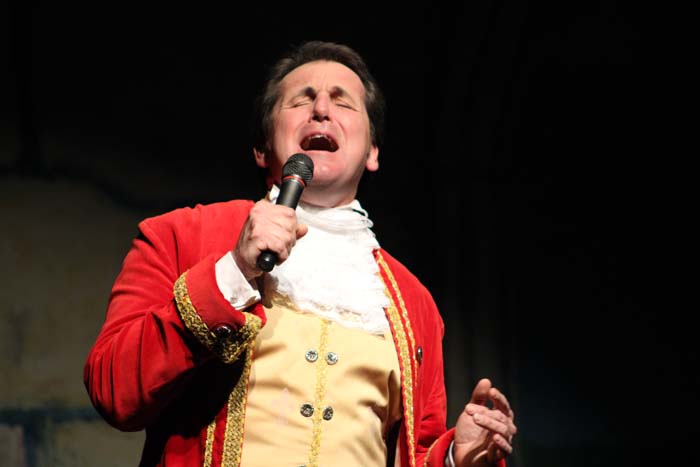 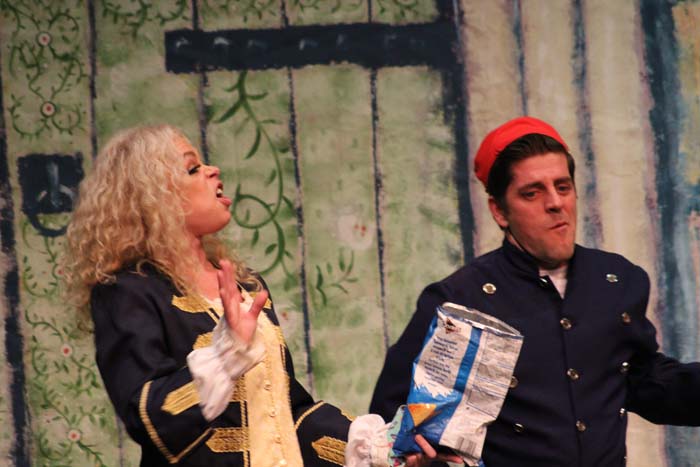 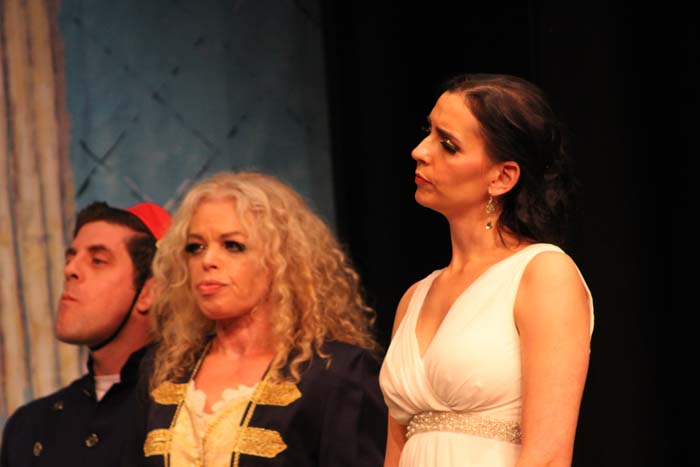 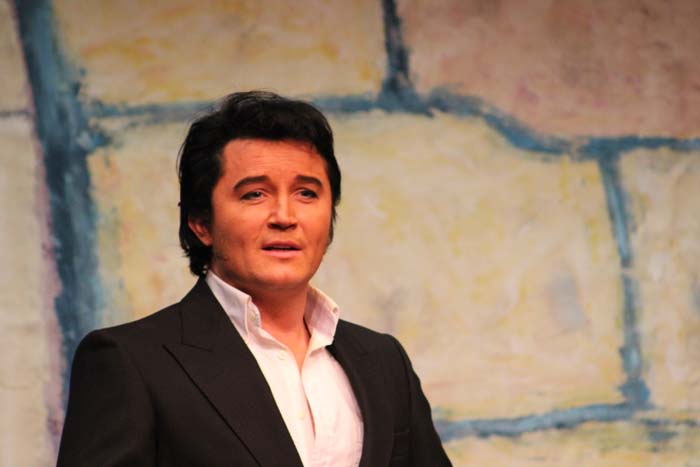 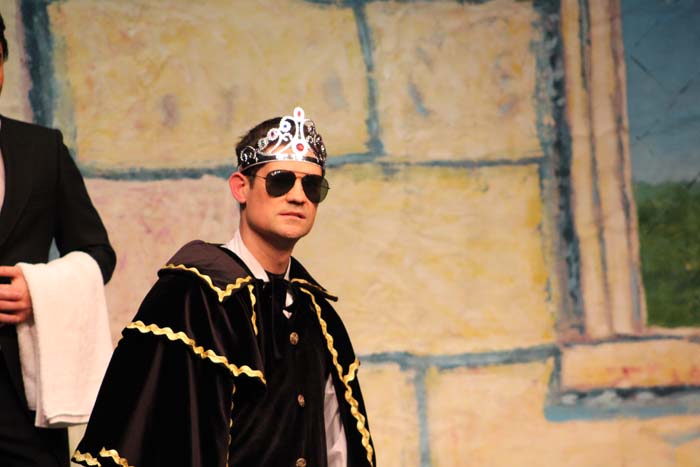 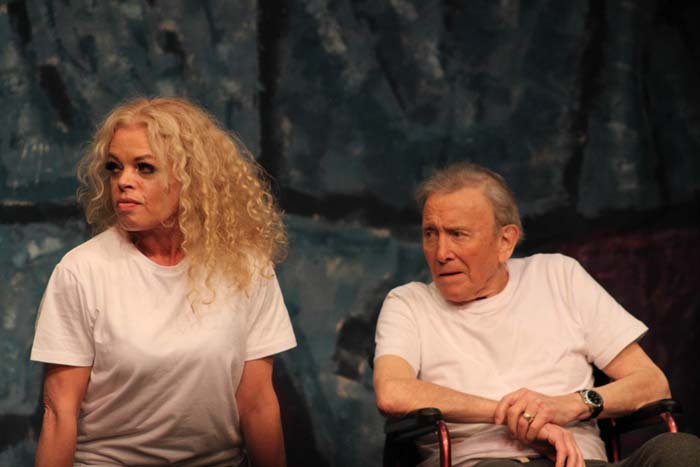 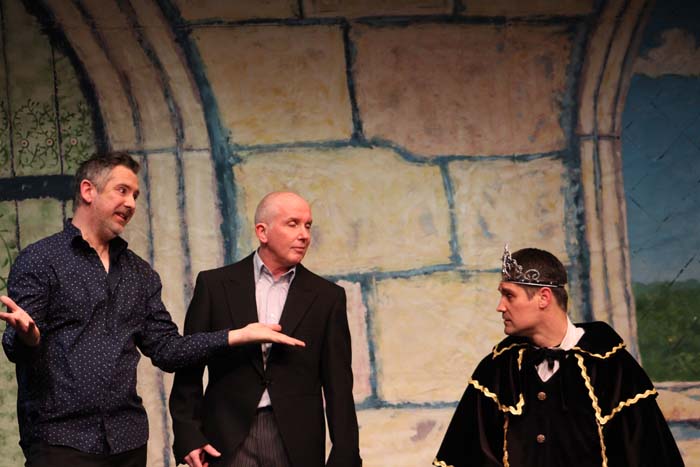 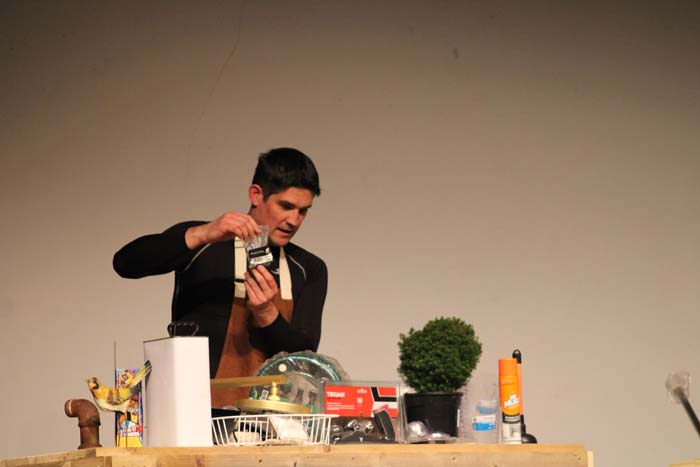 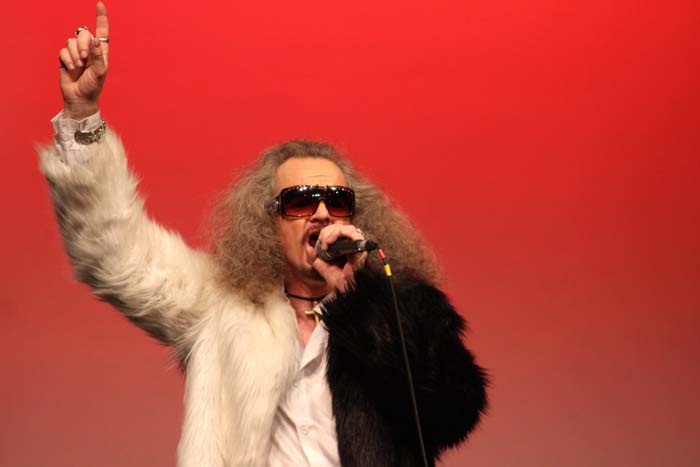 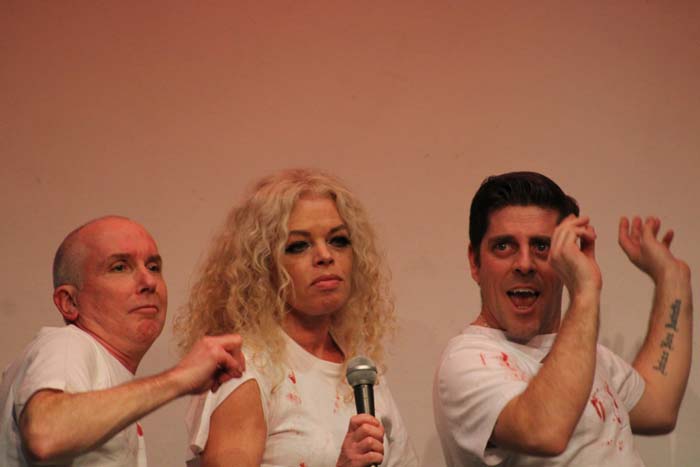 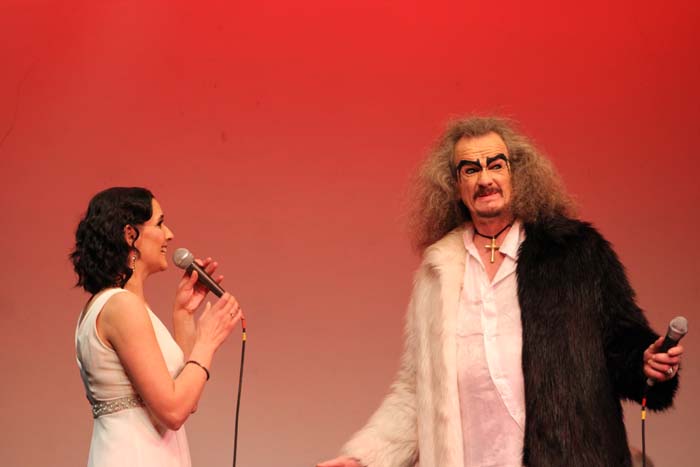 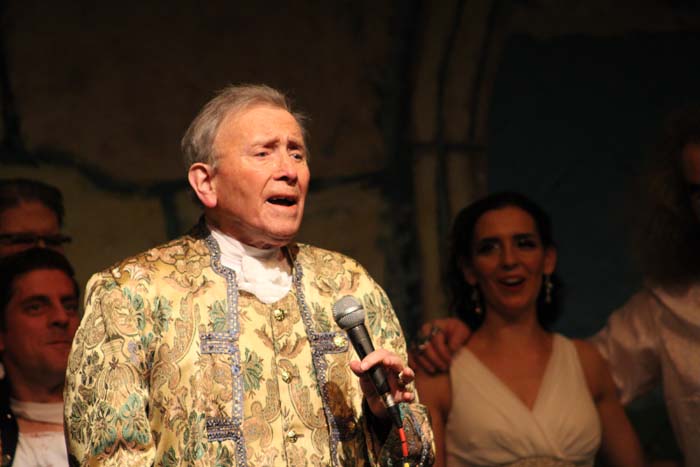 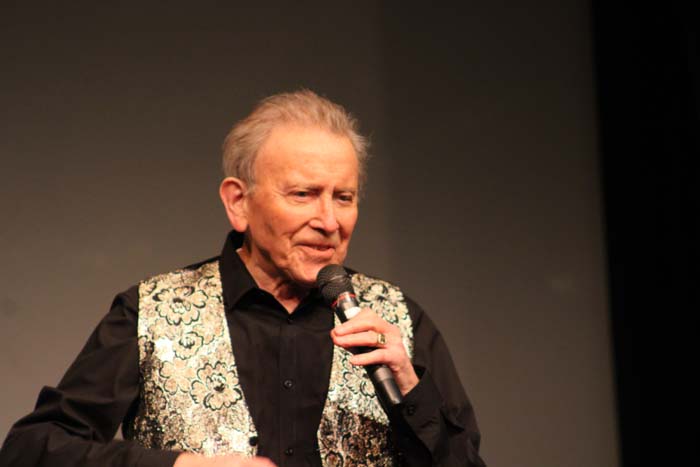 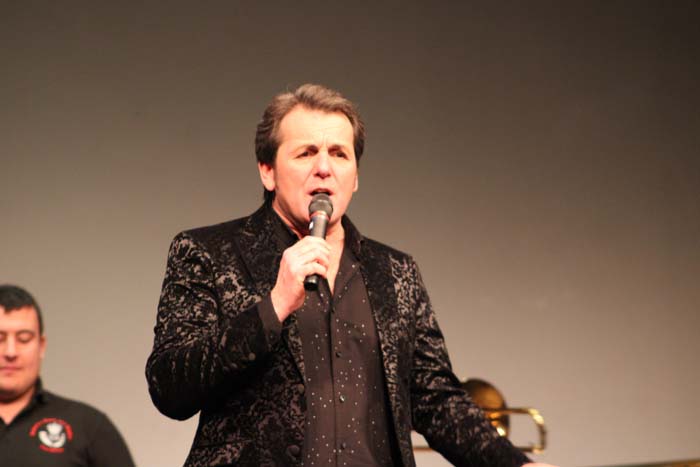 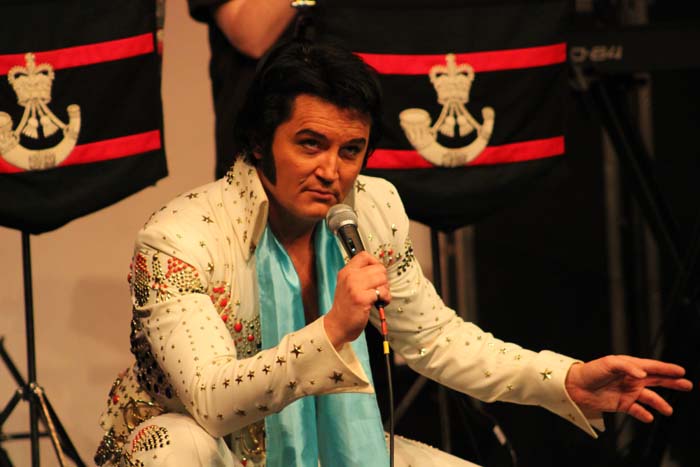 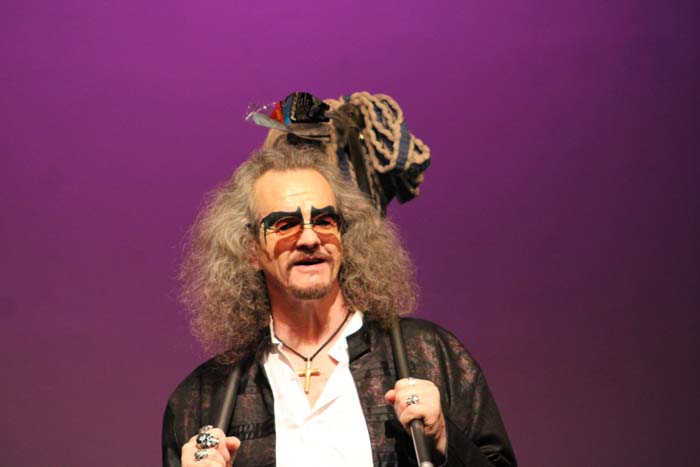 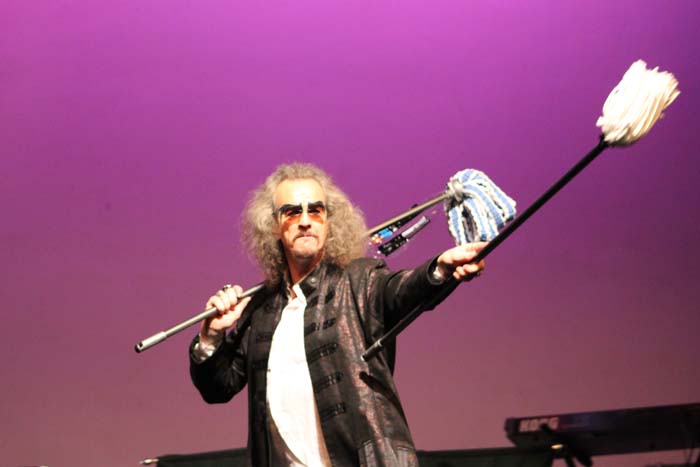 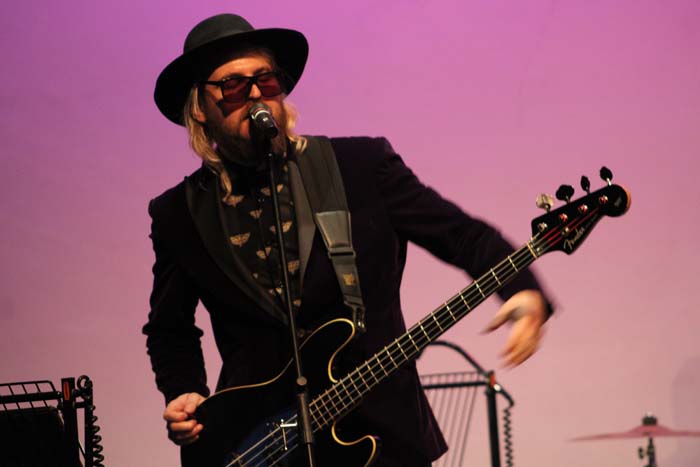 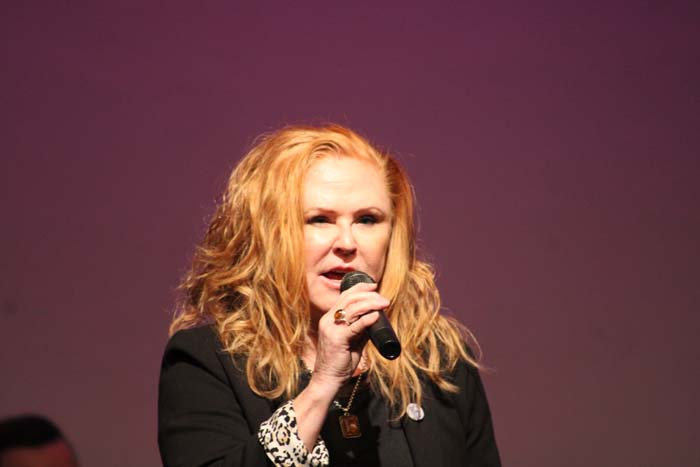 What happens after Cinderella meets and marries Prince Charming?  Well nobody knew until a star studded cast performed Cindrella 2 – The Mrs Charming Years (an adult panto) at the Kenton last week in aid of The Chiltern Centre.

Cinderella probably thought after marrying Prince Charming that she’d live in luxury but nothing could be further than the truth when Sir John Madejski playing The King (His Majesty) or as he corrects the cast, His Madejski! tells her that since the Queen had died they were broke.  Prince Charming is also fed up with having three people in his marriage – the lovable Buttons and decides to leave. The adult jokes start to come thick and fast in the opening scene when Prince Charming played by Mike Sterling said why he’s fed up with third-wheel Buttons in his marriage.

Tasked with finding enough money to save the kingdom and the castle from Prince Smug (aka Tom Cruise in disguise) the family set off to create a hilarious, very non-pc fundraising video appeal with the # becausewearebetterthanyou!

The side-splitting show continues with a very clever and funny script that sees the cast subtly mention Tom Cruise film titles after being asked not to by Prince Smug and another scene where the dialogue was all song titles that were delivered perfectly.  Other scenes however saw pauses from Vince Hill who at the grand age of 85 and with only four weeks to rehearse was to be expected however this brought out some great ad-libs from other cast members to the delight of the audience.

Our funniest and favourite part was when Prince Charming went shopping for some unusual items with the shopkeeper announcing them with a play on words – with most having a sexual innuendo including a 3 1/2 inch floppy disk!

Arriving on stage, Clive Jackson from Dr & The Medics playing the hero Spirit in the Sky, he couldn’t get his microphone to work and apologised saying it was his first panto but he did then save the cast from heaven after they had been by killed by lions!

Throughout the panto Vince Hill was pushed around in a wheelchair which was just a muse as he stood up at the end to sing his classic, Edelweiss.  Still hitting those high notes perfectly he got a rousing applause from the audience.

After a short interval, there was a fantastic set of live music featuring the brilliant Ben Portsmouth aka Elvis, Mike Stirling and Carol Decker from T’Paul plus a hilarious Bohemian Rhasody sing-along conducted by Clive Jackson with a pair of mops!

Writer/Director and actor Matthew Jones and Producer Rachel Lloyd said “We are so thankful to the cast and crew, many of whom were way out of their comfort zones with regards to performing on stage. They gave of their time and came together to entertain a packed crowd that was so generous and unfailingly supportive, all in the name of a great cause. Lasting friendships were made among the cast who had been gathered from all walks of life and their commitment to making their audience laugh consistently for Two hours never wavered. We couldn’t be more proud of them all.

We also want to thank Carol Decker, Clive Jackson, Vince Hill, Sir John Madejski, James Ashby and his amazing band, Jessica Cheetham , Sam Wilkinson and his amazing band, Gary Hamilton and his brassy friends, Nina Wilden, Charlie Parker Swift, Ben Portsmouth and Mike Sterling who were all incredible.”
Will there be a Cinderella 3? We hope so.