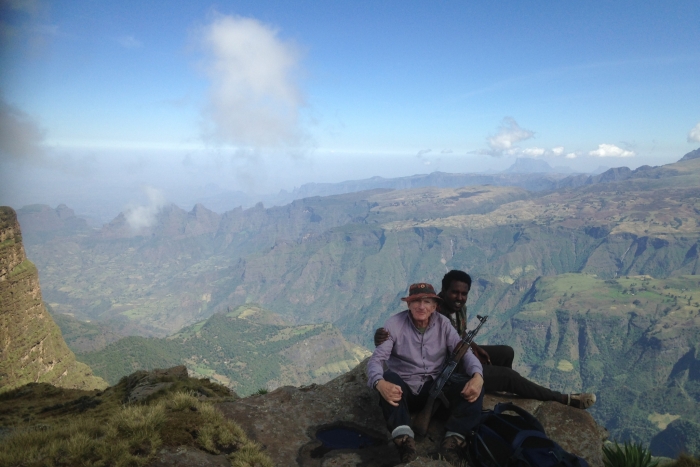 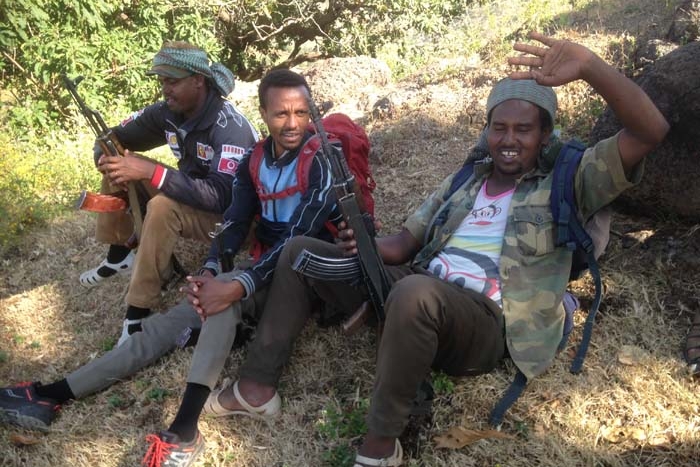 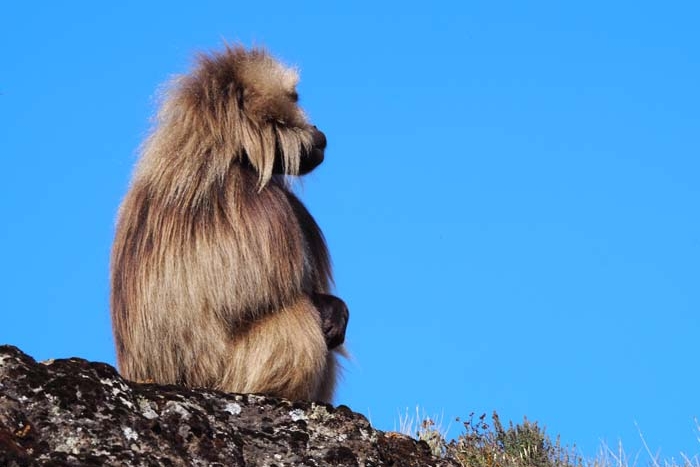 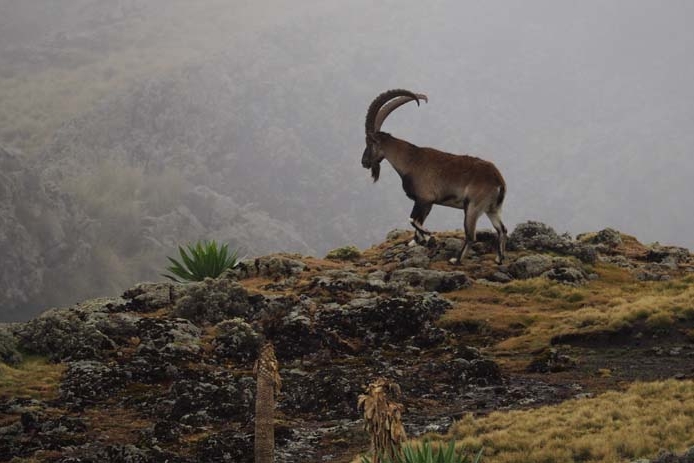 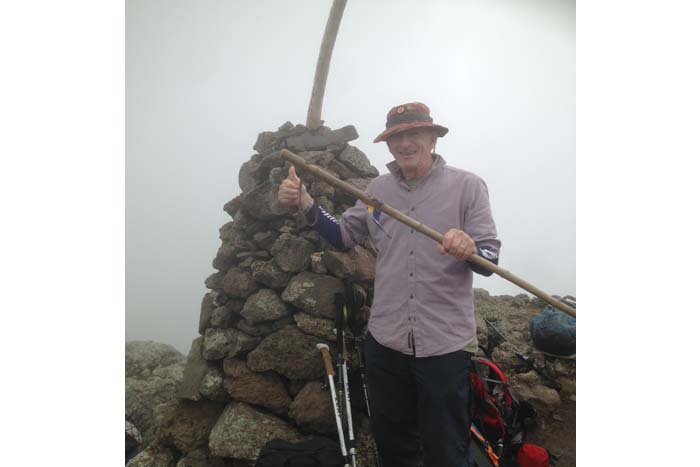 John Green, Chair of the Henley & Peppard Branch of the Royal British Legion has just returned from a 10 day trek in the Simien Highlands in Ethiopia to raise money for the Poppy Appeal.  Most of the trek was above 10,000 ft and he hoped to reach the highest mountain Ras Dashen at 15,000 fit but managed to scale to the summit of Bwahit at 14,600ft.

John, 84 years young, was asked by Rebecca Stephens MBE, the first woman to climb Everest, if he would like to join the group.  He had trekked with Rebecca 20 years ago in Nepal and in Bhutan.  John said, “Even at my age I didn’t want to turn down such a challenge.”  Joining a group of 15, mostly in their 30s, John was the eldest and the guides called him Baba or “father”.

John is no stranger to trek challenges, he has completed various arduous hikes including Wainwright’s Coast to Coast Walk, the UK 3 Peaks and treks in Tibet in aid of the Poppy Appeal but this was his biggest challenge.

The timing of the trip was difficult for John as it meant he would miss both the Remembrance Sunday service and the Armistice Day events in Henley.  However John explained, “In fact this presented an opportunity for the Henley Army Cadets to fill the gap. Cpl (nowSjt) Jamie Forehand carried the Branch Standard on my behalf and Cpl (now Sgt) Talluah Scott commanded the Royal British Legion contingent on parade. On November 11 however John stopped the walkers to observe the two-minutes silence to remember the fallen. After the trek John visited the Commonwealth War Cemetery just outside Addis Ababa to lay a memorial cross on the grave of Warrant Officer John Dodd of the Worcestershire Regiment who died in 1944. John’s own regiment, the Sherwood Foresters, merged with the Worcestershire Regiment in 1970.

On entering the National Park, the group were allocated three bodyguards which were armed.  John said, “We never really discovered why this was as we didn’t have any problems.”  Sleeping under canvas and with the guides helping to carry his stuff, John endured three days of 10 hour treks both uphill and down dale.  John commented, “On one day we had to descend 1800 metres down narrow rock strewn tracks requiring great concentration and pressure on my ageing knees.  On another we couldn’t get across a swollen river after a lot of rainfall.  John added, “The guides decided we would use a horse to get across.  However the first rider lost their footing and landed in the fast-flowing water and had to be rescued by one of the guides quickly as there was a waterfall just down river.  After this the guides decided we had to make a detour around the river which took another four hours before we arrived at camp just before dark.”

John loved the wonderful sights of Lake Tana and the Blue Nile Falls and the rare wildlife, he commented, “Ethiopia is a beautiful country. The Highlands are majestic beauty and abound with wildlife. As well as colourful bird life we saw the rare mountain Ibex and many families of baboons.  They did not trouble us nor we them!”  He was surprised to see the lush green lowlands tilled by ox-drawn wooden ploughs and grain reaped by sickle as in Biblical times.  John added, “The people despite much poverty are welcoming and do not hesitate to invite you into their humble dwellings to make what must be the best coffee in the world.”

Losing 3 kilos in weight but with his knees still in tact, John concluded, “It was an unforgettable experience. It has helped to raise money for the Poppy Appeal to help those damaged mentally and physically by war and unable to have the life that most of us enjoy. Many friends and supporters have already donated and my thanks go to them but the need is ongoing and if any of your readers care to donate then please go to the Just Giving website at https://www.justgiving.com/fundraising/john-green48

On 20 January next year John will talk about his adventure, ‘A Hill Too Far’, at the first monthly RBL Branch meeting of 2020, at 11:30 am in the Christ Church Centre on Reading Road.

Panto Time at Living Advent Calendar – Oh Yes it is!
Scroll to top