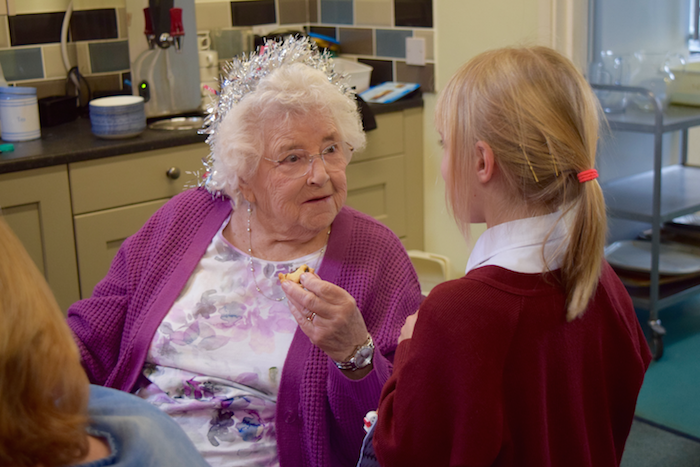 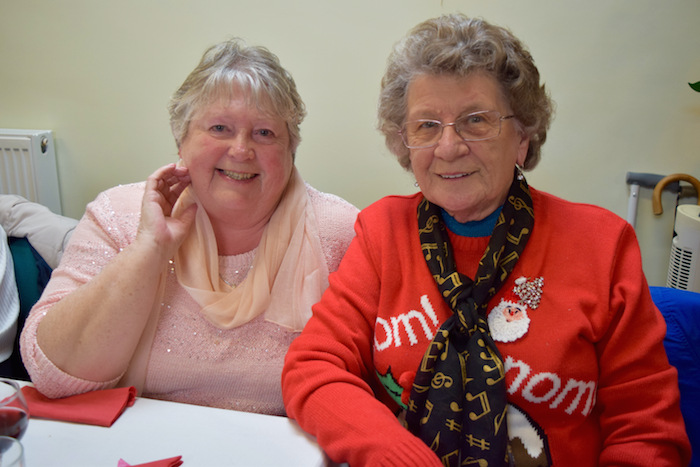 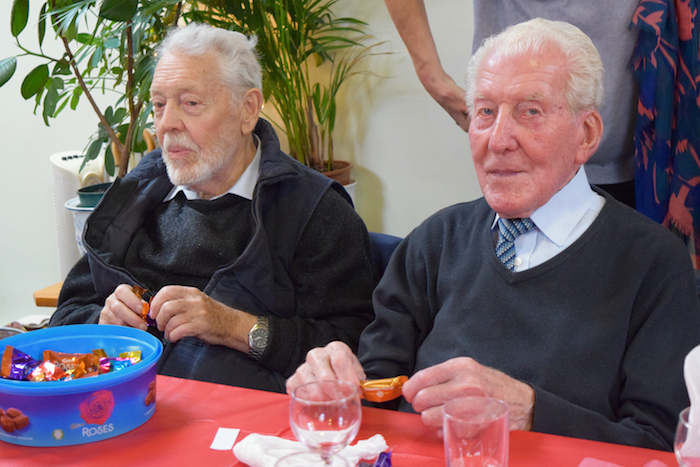 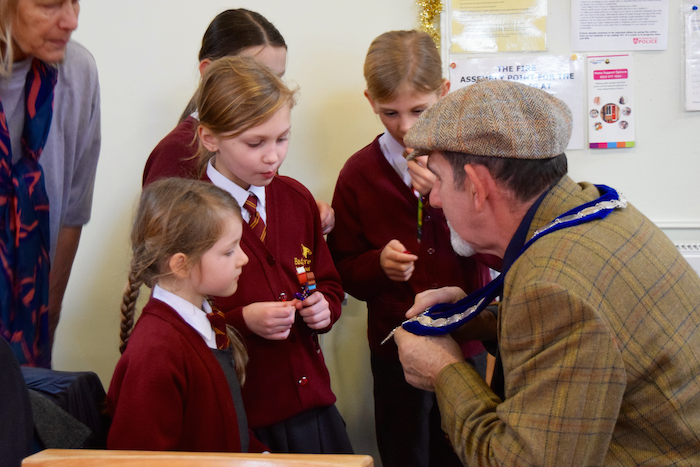 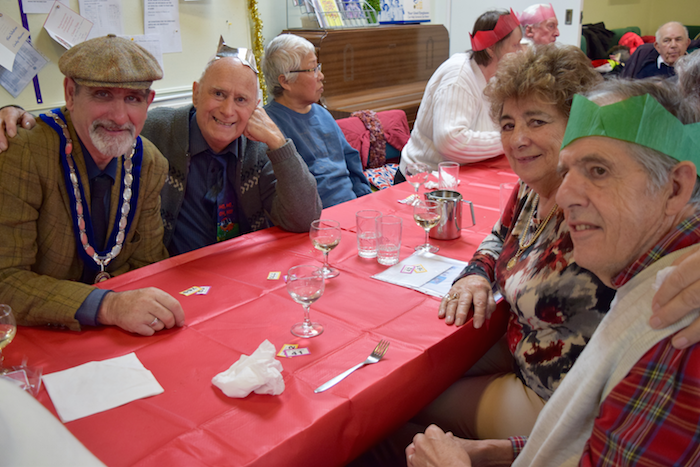 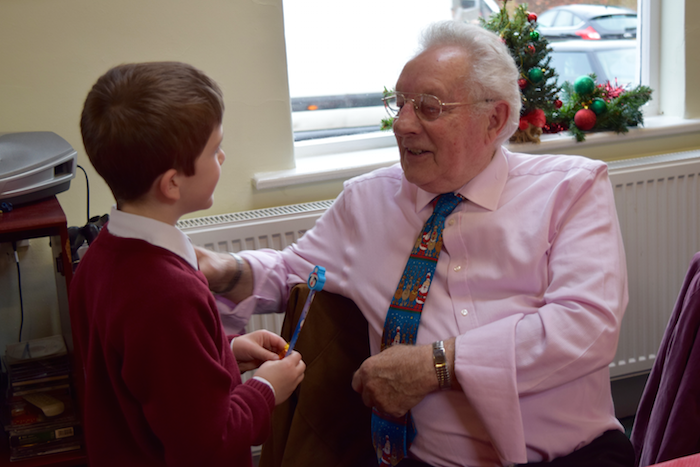 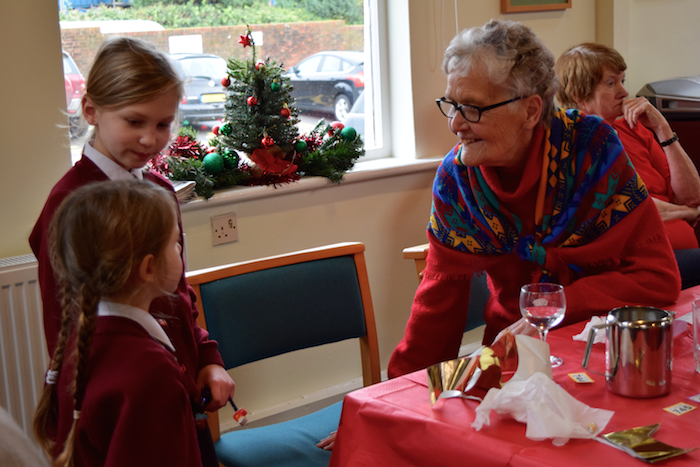 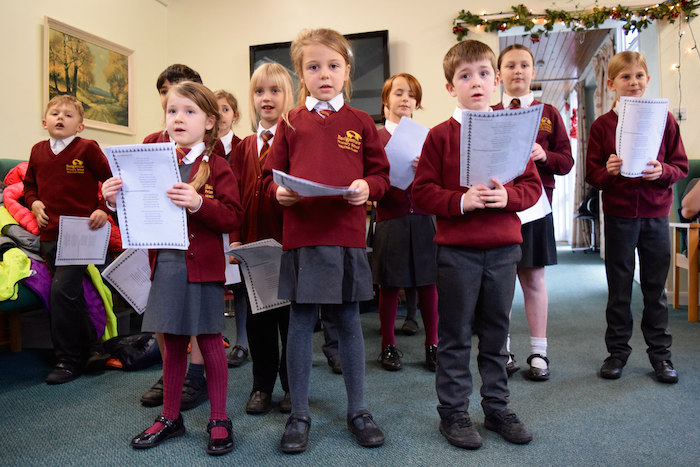 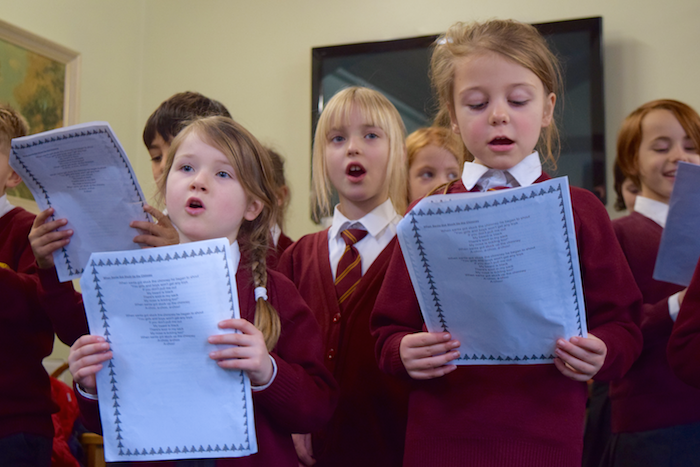 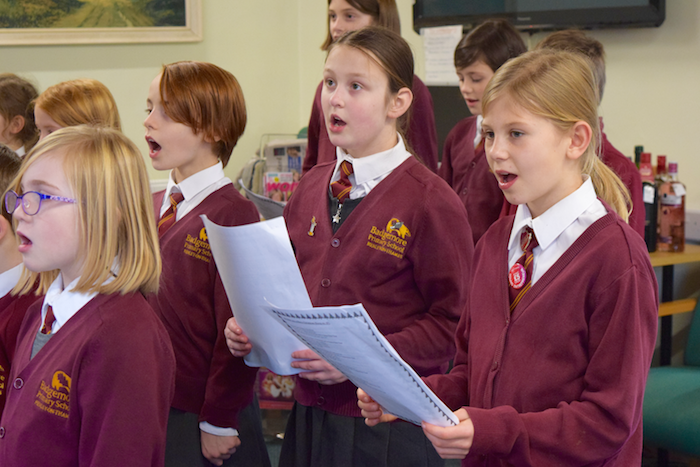 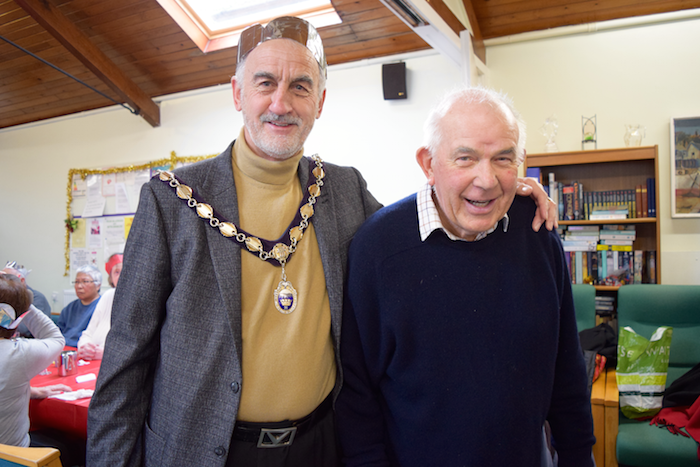 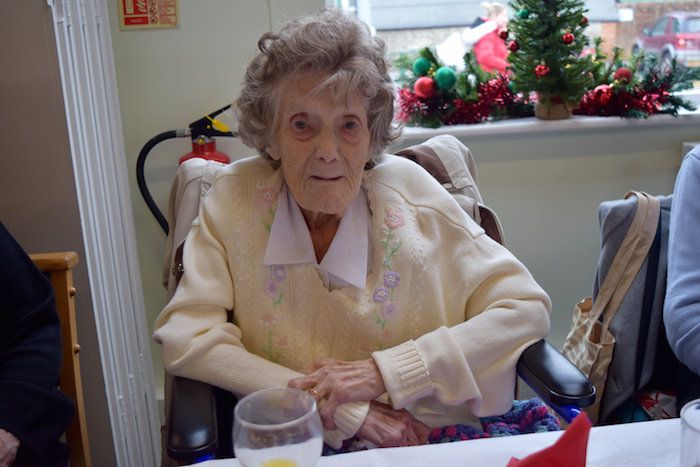 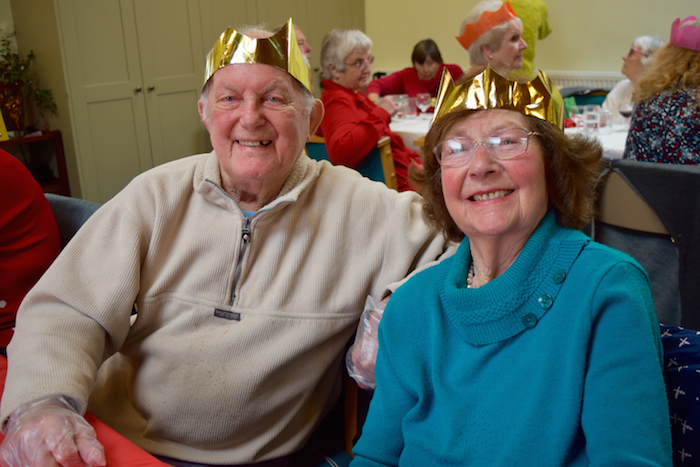 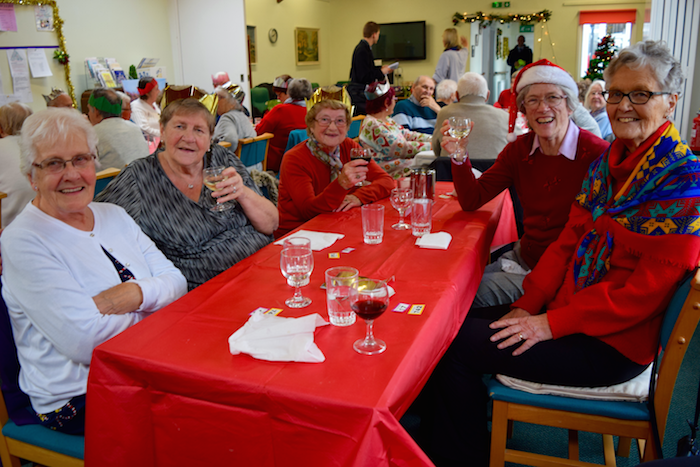 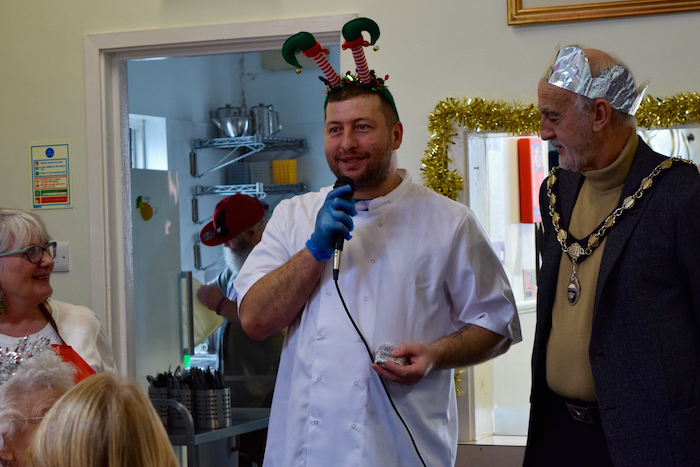 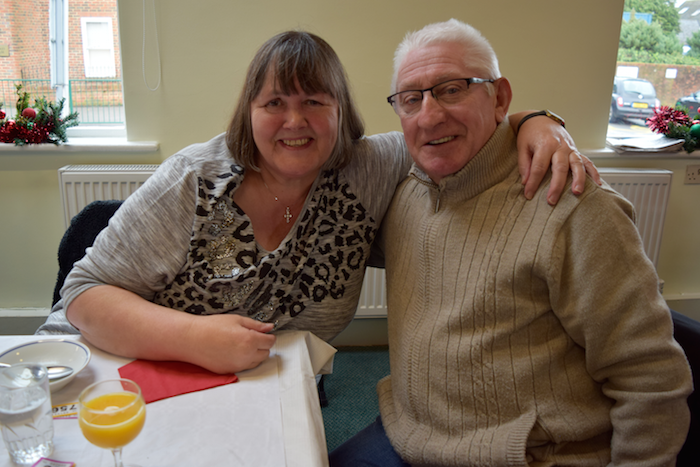 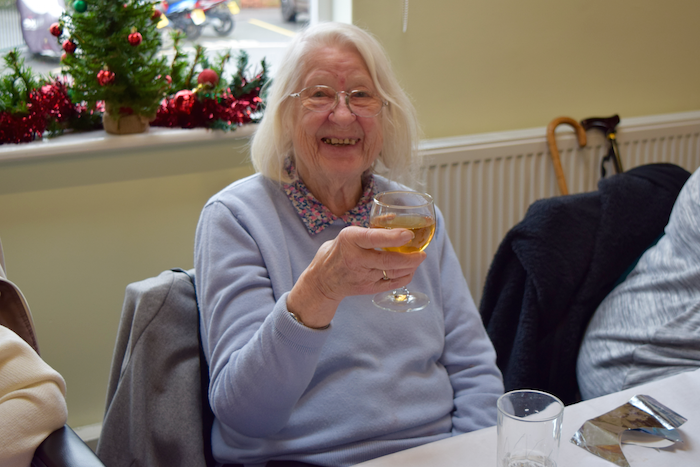 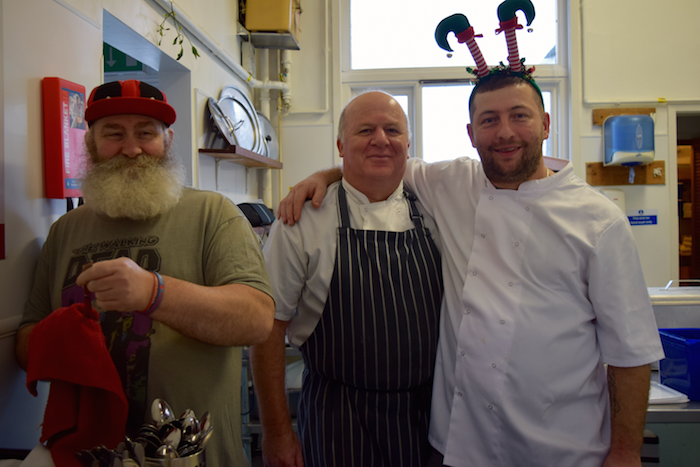 Christmas came early for the Henley 60+ Club on Monday as members enjoyed a free Christmas lunch. Thanks to Tomalin & Son Funeral Directors, the Over 60s Community Club could enjoy a festive feast of turkey and all the trimmings at no cost to themselves. The joyful event also featured a raffle and a performance from the Badgemore Primary School choir.

Resident chef Marek and his team whipped up a delicious spread of turkey, roast potatoes, pigs in blankets, vegetables, and lashings of gravy, followed by pudding and mince pies to finish the meal on a sweet note. Both guests and hosts wore their best festive attire for the occasion, with many sporting Santa hats, tinsel halos, or Christmas cracker crowns. The hugely popular event packed the building full of people, the oldest of which was Caroline at 102.

Each of the attendees was given a raffle ticket, putting them in for a chance at winning a brilliant array of prizes. The 60+ Club organised a raffle of stationary, biscuit tins, chocolate boxes and alcohol. In the spirit of giving, J Murphy & Sons (the construction company working on the Gardiner Place project) surprised the Club by contributing a generous number of raffle prizes, including prosecco, Toblerone bars and Lindor chocolates. This was not the first gift given by Murphy & Sons to the Club; the construction company gave the community an early Christmas present in November by redecorating the interior of the building.

Badgemore Primary School choir provided the entertainment after the meal, performing a medley of Christmas songs and carols. The group of 16 students, ranging from year 1 to year 6, opened their recital with Silent Night, following on with more traditional carols: Once In Royal David’s City and Away In A Manger. The tone then became much more jovial as they sang renditions of Jingle Bells and When Santa Got Stuck Up The Chimney, before finishing with the ever-popular We Wish You A Merry Christmas. The children, who were thanked with pencils and chocolates for their efforts, spent some time after the performance to talk to the guests.

Sheila Edwards, who attended the lunch with her friend Iris, said about the event, “It was very nice. I had the turkey with all of the trimmings, which was very good – a 9 out of 10. We’ve come every year for about 19 years, and it’s always excellent. It really brings everyone together. We look forward to having the children sing as they’re very good. It’s all very enjoyable.”

Henley Mayor Ken Arlett and Deputy Mayor David Eggleton were also in attendance. Mayor Arlett told the guests, “The meal was absolutely fantastic. I’ve had a number of Christmas meals this year, I always go for the turkey, and this was in the top 10. Thanks for inviting me — it’s always a pleasure to come to the day centre. It’s good to see it’s still going from strength to strength. When I was elected in 1991, there was a lot of talk of closing it, but the council bought the building and here we still are. So well done, everyone, and I look forward to another delicious meal from Marek next year.”

Gill Dodds, Chair of the Over 60’s Club, professed her gratitude to the people who helped to make the Christmas lunch happen. She said, “A big thank you to Murphy’s for wonderful raffle, and to Tomalin & Son Funeral Directors, who were the sponsors for the whole dinner. They’re paying for a lovely free turkey lunch for everyone, so we’re very grateful. Copas has provided the turkeys, so we’ve been able to do this lovely free Christmas lunch for everyone to enjoy.”