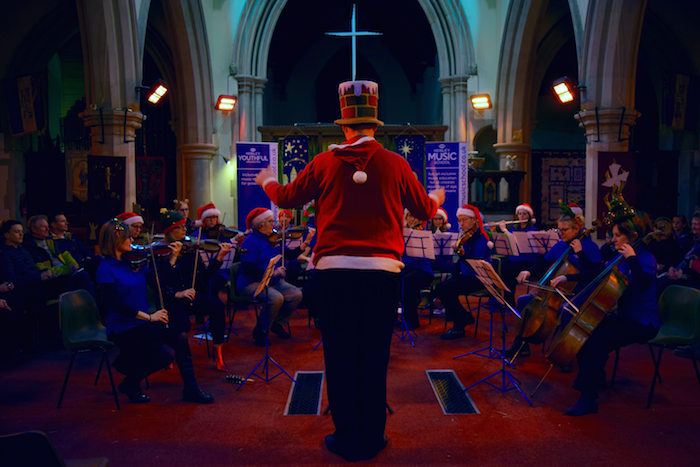 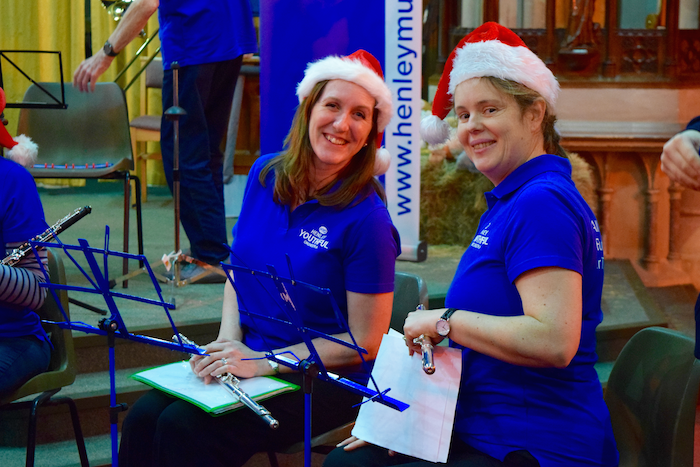 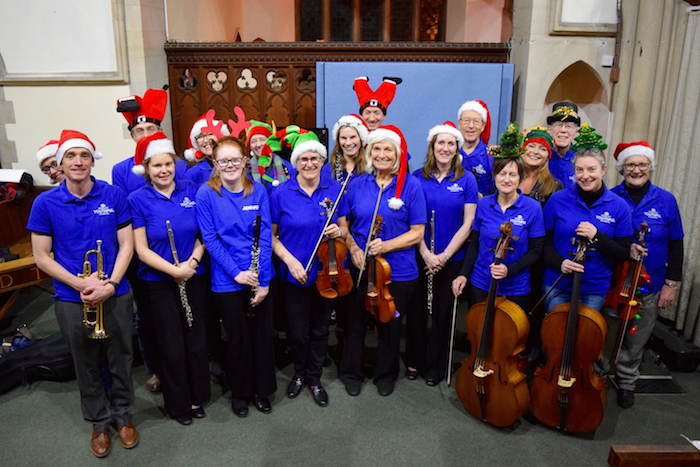 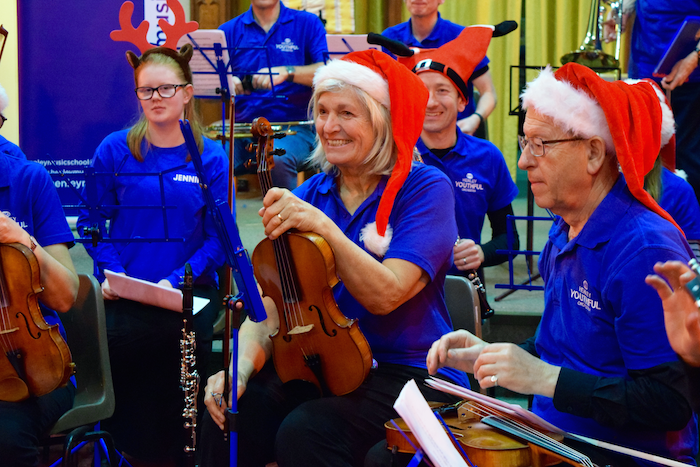 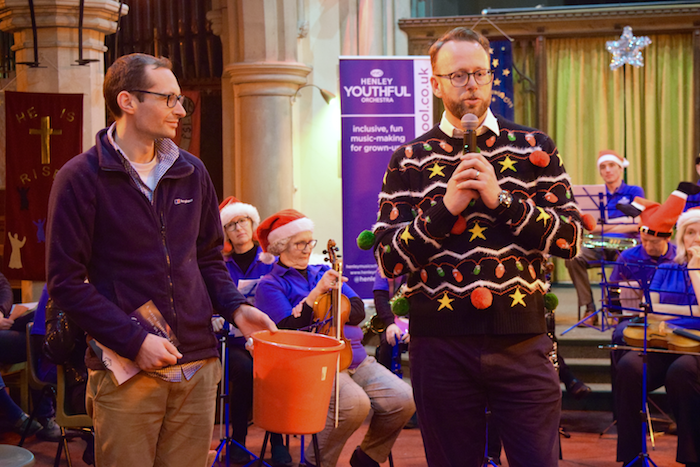 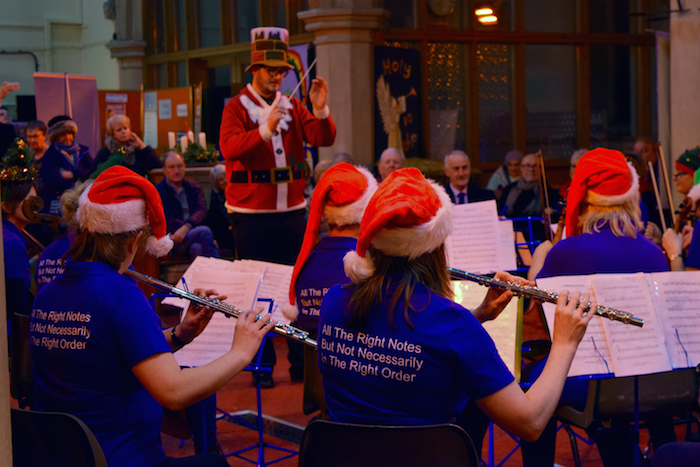 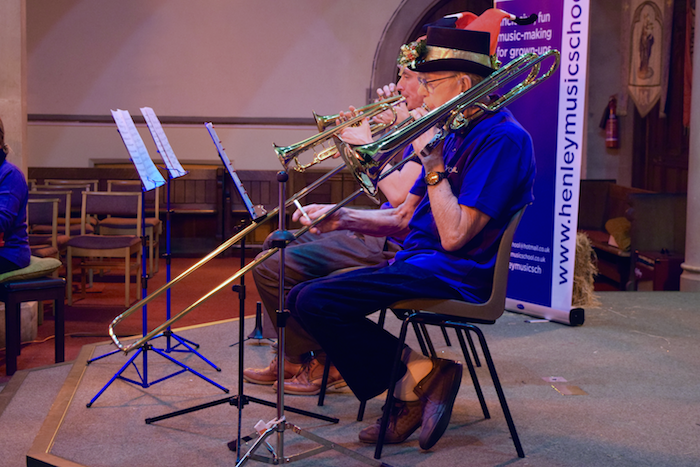 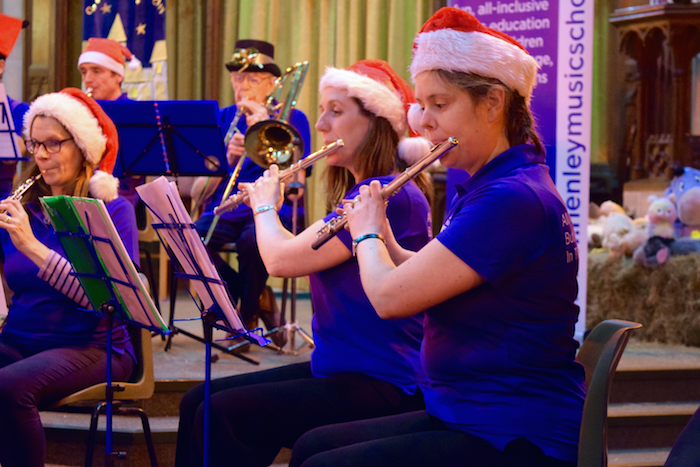 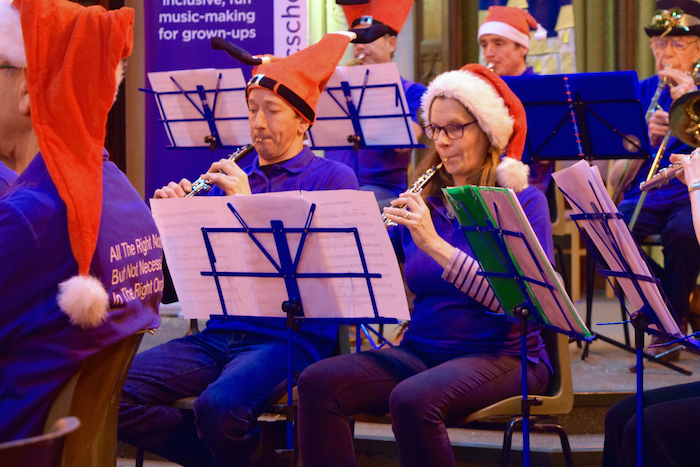 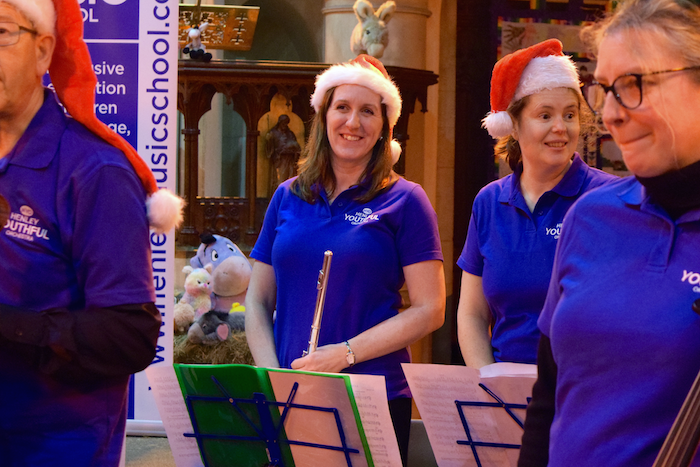 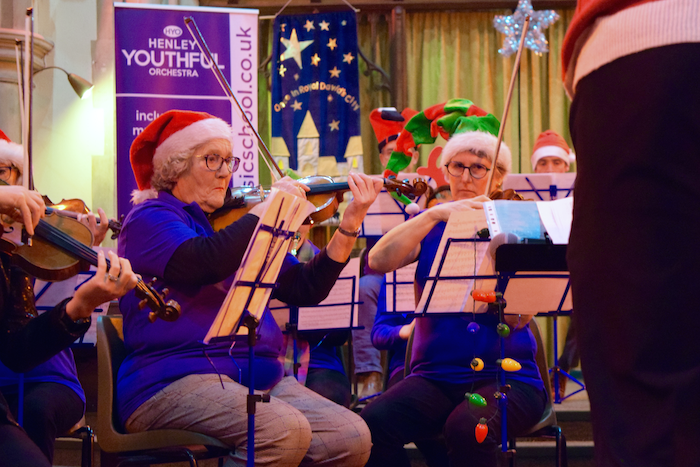 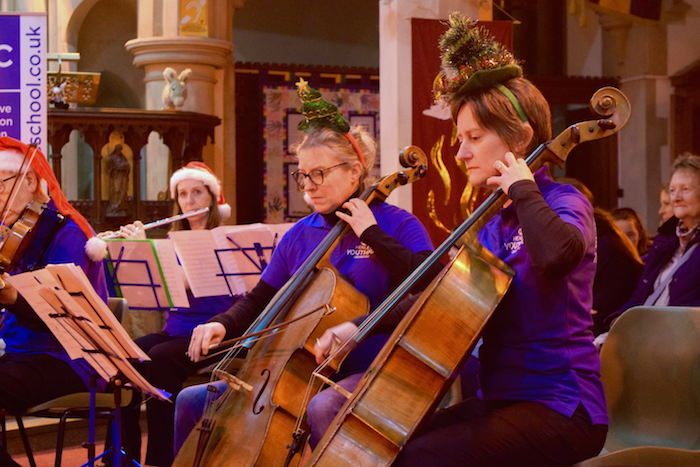 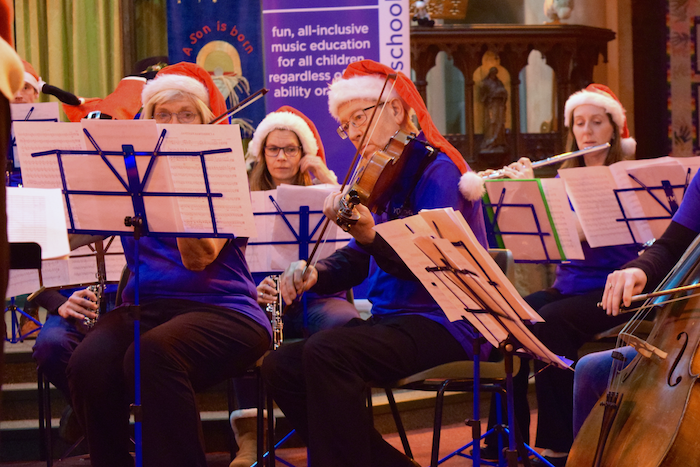 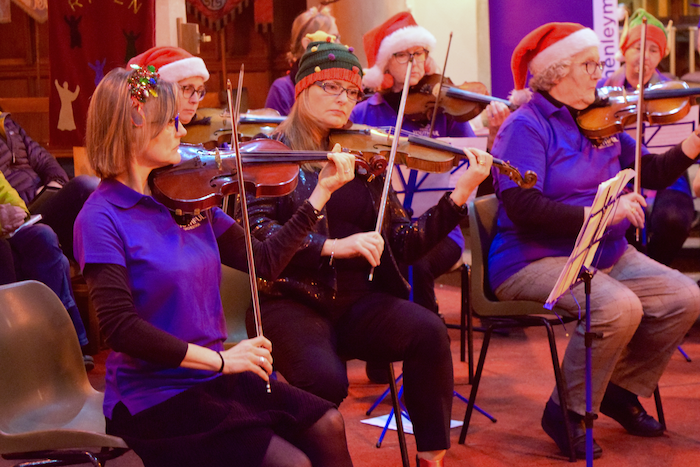 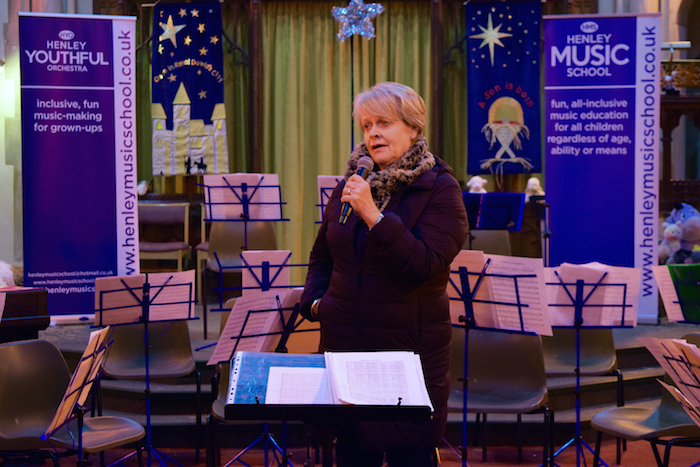 The show began with a Christmas carol mash-up of epic proportions – Leroy Anderson’s A Christmas Festival. For six and a half minutes, the orchestra performed a captivating medley of beloved carols, each of them blending seamlessly into the next. As they played through the composition of traditional Yuletide tunes, which included God Rest Ye Merry Gentlemen, Good King Wenceslas, Hark The Herald Angels Sing, Silent Night, Jingle Bells, and O Come All Ye Faithful, the audience were kept on their toes as they waited for which familiar melody might be next.

Stewart Lewins, who conducted of the orchestra, then introduced the group and announced the next piece would be played by the wind instruments. The flautists, saxophonists, trumpeters, oboists, and horn players performed a lively version of Rudolph the Red Nose Reindeer before the string instruments joined in again for a version of Bing Crosby’s Silver Bells. String instrument players then had their moment in the spotlight for a rendition of Frosty The Snowman.

Audience members who were inspired to get carolling by the opening Christmas Festival mash-up were in luck, encouraged to join in for the next song. The church hall resounded with singing as the orchestra played Hark The Herald Angels Sing. Finally, the orchestra concluded with the popular festive finale, We Wish You A Merry Christmas.

The event was supported by Philip Booth Esq Estate Agents, who provided hot chocolate for the spectators to sip as they enjoyed the Christmas concert. As ever, there were an array of wonderful prizes to be won in the raffle, including a gingerbread house baked by Nicola Taylor from Lawlor’s Bakery. Those who missed out on the raffle didn’t go home empty handed; guests could go away with the Philip Booth mugs given out for hot chocolate.

For those who were disappointed to have missed the event, Holy Trinity Church is holding a candlelit carol service at 5pm this Sunday (22nd), so there’s still plenty of opportunity to have a festive sing-song!