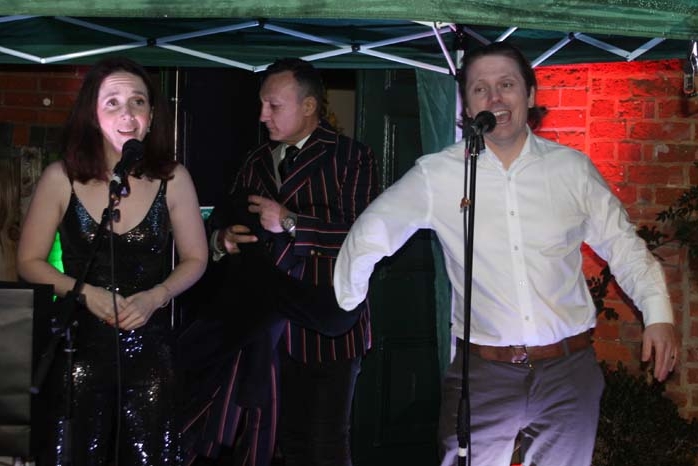 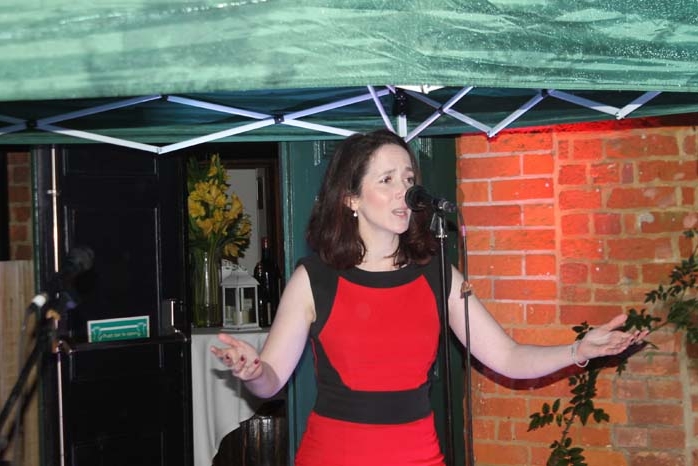 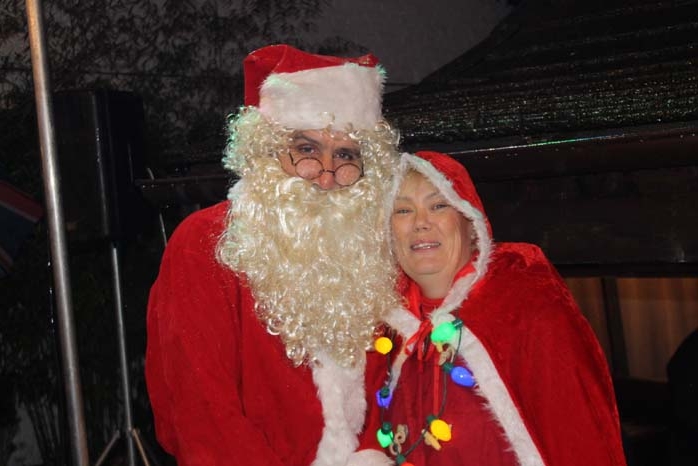 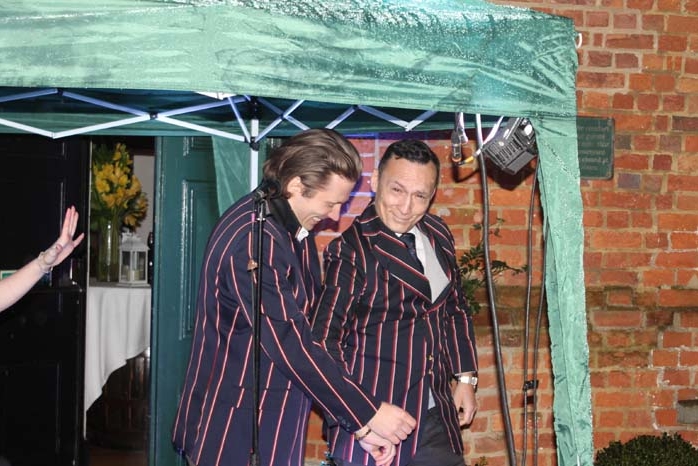 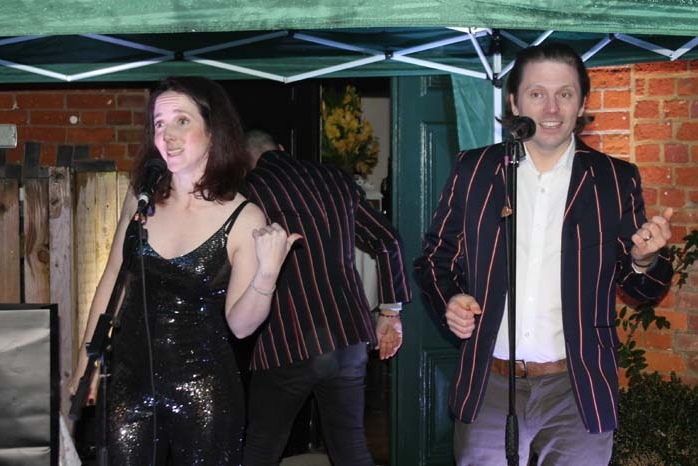 The 21st door of Henley’s Living Advent Calendar was opened on a wet Saturday night in the courtyard at Hotel du Vin by singers Daisy Smith and Craig Duffield.

Living Advent Calendar was partnered by Wild to Wonderful Garden Design and together were raising funds for Alexander Devine Children’s Hospice.

Daisy Smith opened the performance with a beautiful cover of “Think of Me” from The Phantom of the Opera. She was then joined by fellow singer Craig Duffield and the pair sang “Shallow” from A Star is Born.

Craig joked with the crowd about his non-Henley roots and dueted with Daisy Smith a song called “Henley Man” in which Craig was eventually draped in a Henley Royal Regatta blazer, courtesy of Piers Burnell.

Daisy and Craig gave the Disney fans in the crowd a treat with Frozen’s “Love is an Open Door” before ending with an old Christmas favourite “White Christmas”.

Speaking after the performance, Daisy Smith said, “That was just incredible, I can’t believe so many people came and supported us in the pouring rain.” Craig Duffield added, “You certainly wouldn’t get this kind of support in Stoke so thank you to everyone for coming along.”

Jackie Scott, a Volunteer from Alexander Devine spoke to the audience after the performance and shared the importance of this charity. Alexander Devine Children’s Hospice was set up in 2006 by Fiona and John Devine who lost their son to brain cancer. The hospice aims to support families who are going through such a traumatic time and offer the best possible care available.

It has been an incredible 2019 for Henley’s Living Calendar and Organiser Richard Rodway disclosed that after Door 21, Living Advent Calendar has already beaten its previous total raised from last year.