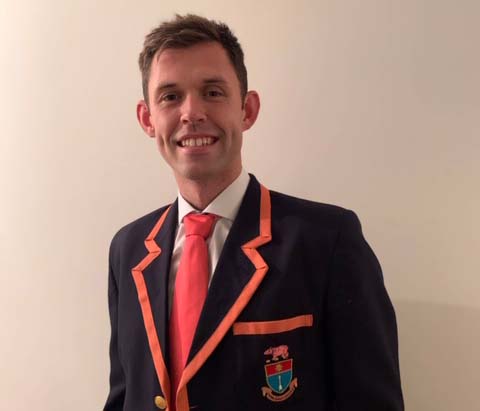 Leander Club is pleased to announce Jack Beaumont as its new Club Captain for  2020.

Outgoing captain, Vicky Thornley, became only the second female Leander Captain in its history when she took on the role in 2018. Vicky has been a fantastic Captain for the last two years and everyone at the Club is very grateful to her for all her hard work and the passion she has shown in the role.

Jack won his sixth Henley Royal Regatta title as part of the British quad in The Queen Mother Challenge Cup last year. He made his Olympic debut at the Rio 2016 Games, as a last-minute replacement for the ill Graeme Thomas, and will be looking to build on that experience as the countdown to Tokyo 2020 begins.

Jack said “I am proud and very excited to be elected Captain of Leander. The Club has been a part of my life since I was a young boy, when my dad Peter used to bring me to Leander during Henley Royal Regatta each year. I was so excited and inspired as a 10 year old, meeting the GB four and Jürgen Grobler a few weeks before they won Olympic gold in Athens. It feels very special to become Captain of a club with such history, and a star-studded list of past captains. I would like to thank Vicky Thornley for her hard work over the last couple of years. Vicky has left some big shoes to fill, and I’m excited to get stuck in and support all our athletes in 2020.”

Leander would also like to welcome new Vice Captains Susie Dear, James Robson and Holly Nixon; and to thank the outgoing Vice Captains, George Rossiter, Morgan Baynham-Williams, Alan Sinclair and Emily Ashford for all their time and effort, which has been very much appreciated.

Mark Banks, Leander Club’s Director of Rowing and Chief Coach said “ I am very grateful to Vicky for being an excellent Club Captain and am very much looking forward to seeing Jack in the role leading Leander into our Olympic year.” and Club Chairman, Hugh Richardson said “The Committee warmly thanked Vicky Thornley for her highly successful two years as Captain and greatly welcomed Jack Beaumont as her successor.”