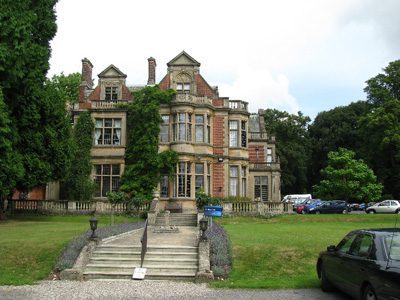 The Sue Ryder South Oxfordshire Palliative Care Hub is planning to close its hospice inpatient unit at Nettlebed at the end of March 2020.

In February 2018 Sue Ryder announced that they would be selling the Joyce Grove site and they created a community hub that provides a base for community services and offers in-patient care from other locations.   At a public meeting in August 2018 Holly Spiers, Director of Hospice and Fundraising for Sue Ryder talked about finding a new location for in-patient beds and said, “The new location has not yet been decided, but it will not be a newly built building. Existing premises will be converted to house the beds and all the associated services under one roof and up to the required standards. The location of the premises has not yet been decided.” Holly made the commitment that the existing hospice will not be closed until the new one is ready.

In April last year the charity reduced the number of beds at Nettlebed from 12 to 6.  At the time, Maria Turnbull, Centre Director said “The general occupancy levels of our inpatient beds have dropped to within the 40% bracket on several occasions, with an average of 58% occupancy over the last 6 months.”

The charity says it will continue to provide specialist palliative hospice care in the home, in the South Oxfordshire community.

It costs Sue Ryder £3.1 million a year to deliver a range of palliative care services across South Oxfordshire. The charity receives just over a quarter of that cost in the form of statutory funding and works to source the remaining £2.3 million from donations and sales via its national retail operation.

Sarah Brody, Head of PR at Sue Ryder said, “As is the case for all hospice providers in the UK, it is becoming increasingly difficult to deliver services through predominantly charitable funds and Sue Ryder has a responsibility to ensure that its limited resources are distributed in the most effective way for the most number of patients.”

“The charity’s intention to close the Nettlebed site has been well documented for some time. The original decision to re-locate was made as a result of the high costs of running a listed building, paired with the challenges of maintaining a care environment in a building which was not built to be a healthcare facility. During the charity’s search for an alternative location for its inpatient unit, some clear patient trends became apparent.”

On hearing the news, Chair of the Townlands Steering Group Committee, Councillor Ian Reissmann said, “I’m very disappointed that Sue Ryder have been unable to deliver on their expressed desire to operate a bedded facility within South Oxon.”

The charity says there has been a steady decline in the number of patients being referred to the inpatient unit which led to the charity halving the amount of inpatient beds it operates in April 2019. The numbers of patients coming into the inpatient unit has continued to decrease since April 2019, with an average of four people being cared for at any one time. After careful investigation with referral partners, the charity feels assured that the decline in patient numbers is due to a decrease in demand. Patients wanting in-patient care will be offered a bed at Sue Ryder Duchess of Kent Hospice in Reading.

The popular Sue Ryder Nettlebed sales will also stop at the end of the March.  In an email to volunteers which said, “Extensive searches for a new local site to house the sales, parking, donation stations and sorting areas have been unsuccessful and so disappointingly the sales are not something we will be able to carry forward and replicate once we have left the Joyce Grove site.  After 28th March our retail colleagues will take over and ensure that any remaining stock is distributed across our retail network. We will be requesting that all future donations from the public be either donated to one of our local Sue Ryder stores or if it is furniture, to our furniture collection service.”

Sarah Brody, added, “Sue Ryder remains reliant on the generous fundraising support and from the local South Oxfordshire community and the charity looks forward to continuing to work in partnership with Oxfordshire CCG to ensure the delivery of excellent palliative care in South Oxfordshire.”