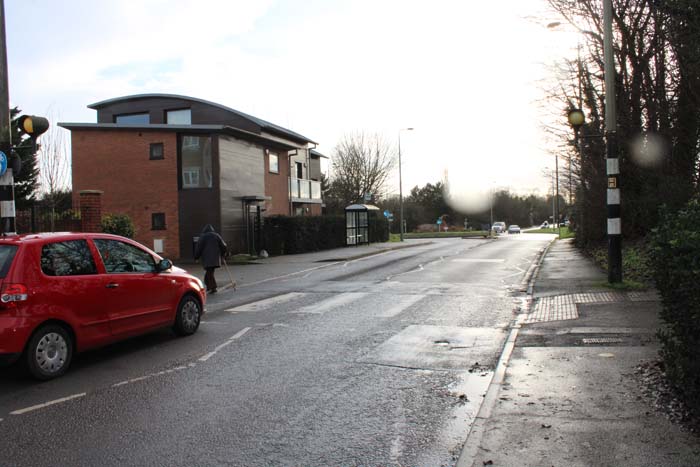 Kayleigh Scotland was hit by a silver car on the zebra crossing on the Reading Road near Tesco yesterday lunch time at around 1.20pm and the driver did not stop to check that she was alright.

The incident has been reported to the police and Kayleigh who lives at Henley YMCA was taken by Charlotte Sutton who works at the YMCA to Townlands to check her over.  Luckily she only sustained bruising to her leg and ankle which was hit by the car bonnet but has been seriously distressed by this incident.

Kayleigh said, “I’ve lived here for 2 years and there have been many occasions when I’ve felt I’ve nearly been hit.  Many drivers don’t wait for you to complete the crossing before driving through.  Yesterday the light was a bit dull as it had just finished hailing but it was clear enough for me to be seen.  I was going to Tesco to get some milk and I stepped out on to the crossing putting my hand out as a Mini was coming from Henley quite fast and I saw the other silver car (a Honda driven by a man I think) coming from the roundabout going quite slow and thought he had plenty of time to stop.  I was only 3/4 steps on to the crossing and the driver hit me on my leg and I fell on to the bonnet.”

As you can see from the pictures below the white paint is faded and in parts missing on this zebra crossing and the area on the YMCA side is quite overgrown with trees and bushes.

Afterwards Kayleigh went into shock, she called the driver something very rude and then carried on walking across.  Kayleigh added, “He drove off, and didn’t pull over and stop.  I think he thought I had crossed and got out of the way and he made a complete misjudgement.  That is not on.  You are meant to wait until the person has completely crossed.  Thankfully it was me, if that had been a kid or an elderly person they might have done a lot of damage.  For what, just so that you can get to where you are going a minute earlier!  They are probably in shock too and I was surprised that not even the Mini driver or the person on the other side of road, didn’t come and help me.  I went on to Tesco and I was in and out of tears and I then had to cross the road to get back home.  Both Charlotte and Lisa (General Manager at YMCA) supported and comforted me. They were amazing.”

Lisa said, “I have to say from my own experience of this crossing there have been several times when I have almost been knocked over and have only avoided it by stopping or not crossing. Many drivers seem oblivious to people at this crossing. On a couple occasions they haven’t even acknowledge that someone is waiting to cross or has even started.” 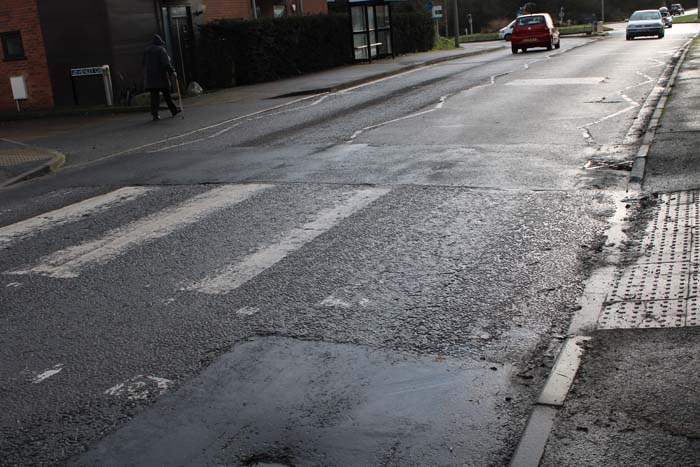